As we enter a new year and decade, we took a small moment to reflect, in our Fitzdares way, on the madcap events of 2019… 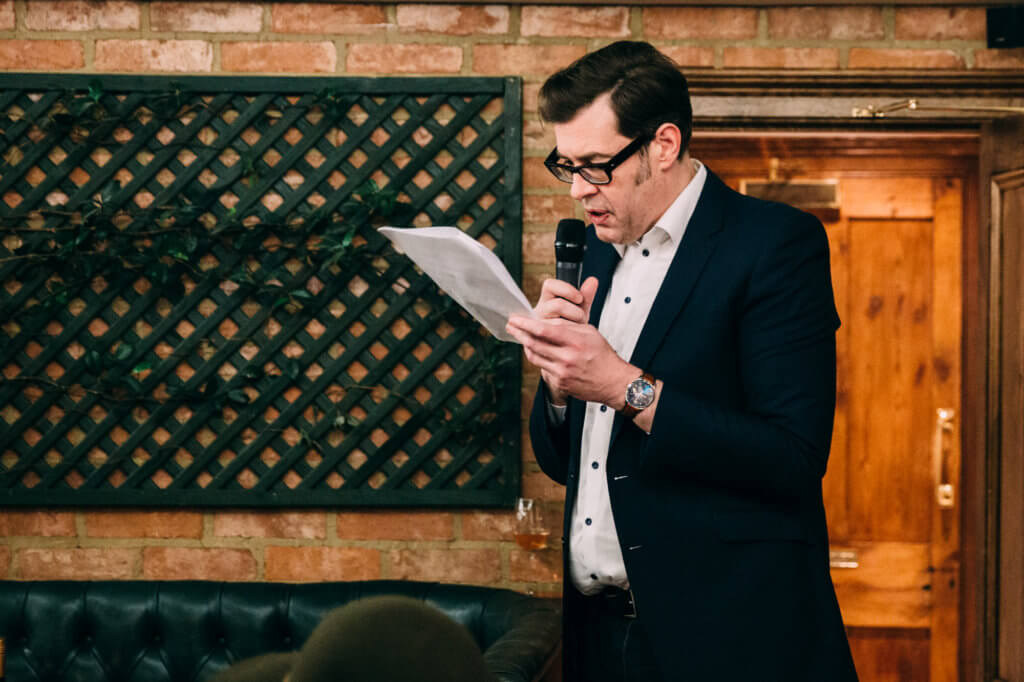 JANUARY
Did you know that Theresa May could run through a field of wheat faster than The Donald? Or that Ben Stokes would beat Danny Cipriani in an MMA fight? ‘Course’ form was obviously the deciding factor when people voted in our ‘Sports Quiz You Can’t Google’. Chris Froome, remarkably, replied to our question on Twitter about his lung capacity with a video of him disappearing under a Colombian lake! The social media quiz culminated in an actual pub quiz, with Richard Osman playing host at James Blunt’s Fox and Pheasant.

FEBRUARY
The Six Nations was not a classic, despite a silly draw in the Calcutta Cup that a few of our clients attended. We also bid farewell to the NFL season with an all-nighter at Balthazar’s, a fun American joint. We will be returning again this year – let us know if you are keen to join. The story of the month, however, was the Equine Flu. No horse racing for six days was quite extraordinary. And yet we were still made to come into the office and pretend to work. 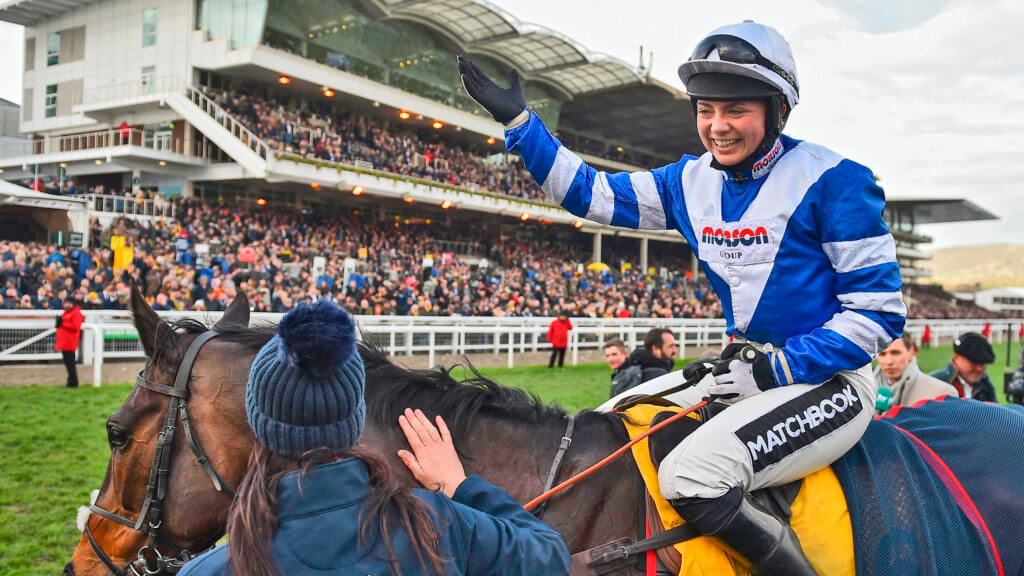 MARCH
Our favourite month of the year, and if you don’t know why, then you haven’t been paying enough attention. We launched the inaugural Fitzdares Club at Mark’s in Mayfair, hosted our box during the Cheltenham Festival and celebrated one of the most memorable weeks of racing in years. Bryony Frost, Altior, Paisley Park – it was a mad, yet magnificent March. You can read about it properly in our Summer FT cover story here.

APRIL
The month of the Tigers! Tiger Roll was sent off a staggeringly short 4/1 in the Grand National and won with ease. You may wonder if all that Ryanair profit went onto the horse on the betting exchange (it certainly didn’t go on improving the airline). Bryony Frost joined us at Annabel’s for a race preview and sweepstake. Having broken her arm the week before, she still insisted on running the tombola – a proper West Country attitude! Another Tiger also won a golf tournament across the pond…and one of our members had the Roll/Woods double!

MAY
Er, so we did a quiz. With Richard Osman. Again. It was good. Again. If that isn’t niche enough for you, we hosted two dinners with Monty Panesar and Nick Compton to promote the Cricket World Cup, plus a talk with Kevin Pietersen. The latter ended up being a promo for KP’s future endeavours, but we still managed to get him to talk a bit about his favourite sport: golf. Meanwhile, Liverpool won the Champions League and City won the Premier League. It’s 1.01 that both managers would have swapped trophies in a heartbeat. 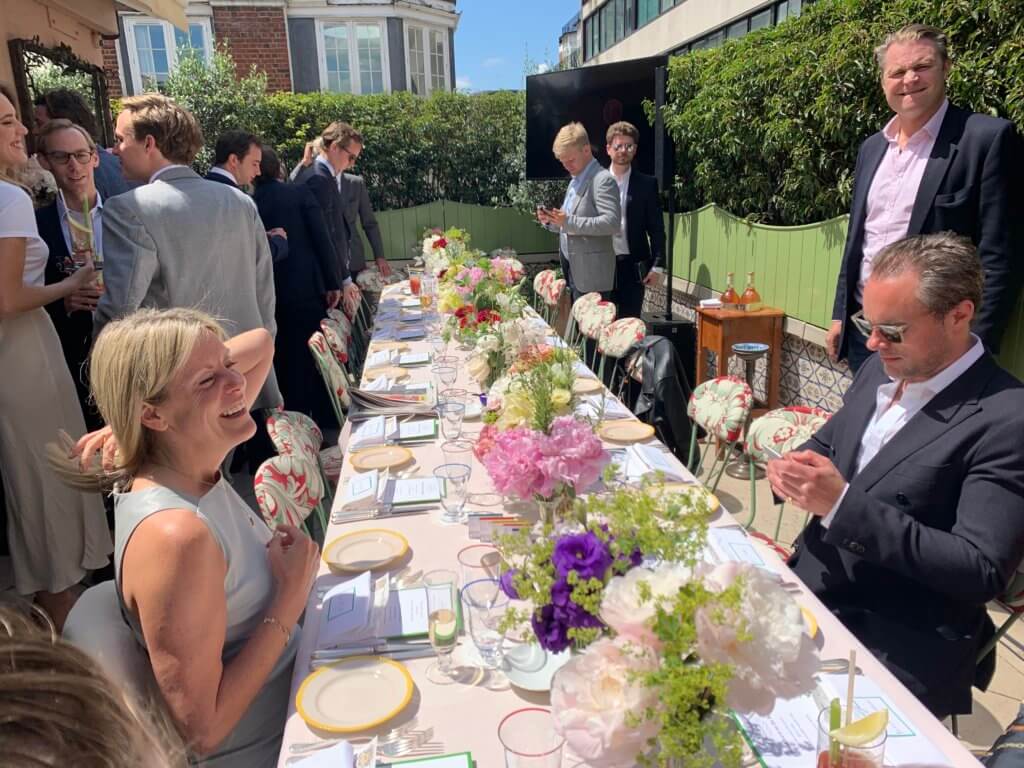 JUNE
Our second favourite week of the year – Royal Ascot. Lots of very fast horses won lots of our members lots of cash, very quickly. It may surprise you to know that Ascot takes place just before the end of the Fitzdares financial year, so nerves are always jangling! We made sure not to thank Frankie Dettori when we had him to lunch in October for riding a scary four winners on Thursday. Five and we would have been in trouble. Six and this review isn’t being written. The Fitzdares Club also returned, this time at 5 Hertford St. Watching our CEO Will pretend to enjoy Stradivarius winning (one of Frankie’s four) was an iconic moment. 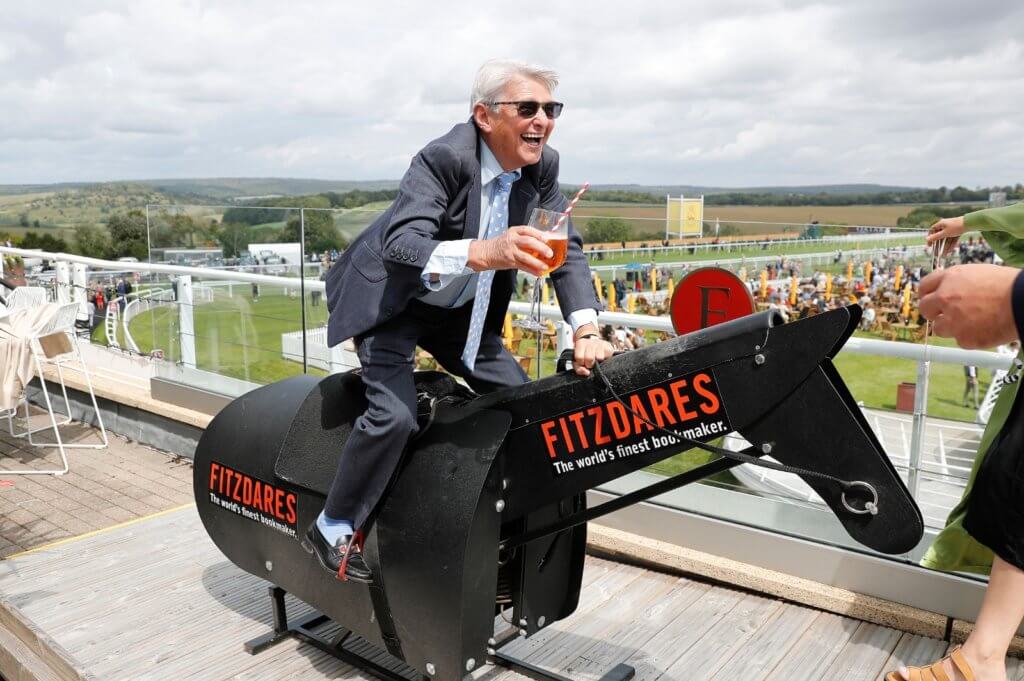 JULY
One of the greatest days of the year, if not decade, was 14th July. The only disappointment was that both the tennis and the cricket were playing simultaneously. Novak did the polite thing and beat Roger after a gruelling five hours, just moments before the Super Over started. This meant everyone could then give their undivided attention to Jos Buttler as he swiped the bails, and won us the World Cup! There were so many cross-doubles on Federer/Novak/England/NZ, it was hard to keep track of all the bets and permutations. The Fitzdares Club made another successful return to Glorious Goodwood – we hosted a 300 strong party on the rooftop of the Charlton Stand and managed to get Willy Carson on the rocking horse with a cocktail! Job. Well. Done.

AUGUST
Ben Stokes won SPOTY three months early with the most spectacular innings of cricket ever seen at Headingley. Don’t argue. Some scallywags (lovely clients) managed to get a few bets on England at 25/1 when they were 9 wickets down and needing 90-odd runs to win. Not quite the 500/1 that was on offer when Botham and Willis did their Headingley miracle in ’81. Us bookies, we learn from our mistakes (mostly!). We also made our first foray into Podcasting, sponsoring Charlie Fellowes and George Scott’s ‘Off The Bridle’. It is a bellyache of laughs as these two old friends, and prodigious young trainers, lock horns over their strongest racing opinions – well worth a listen here! 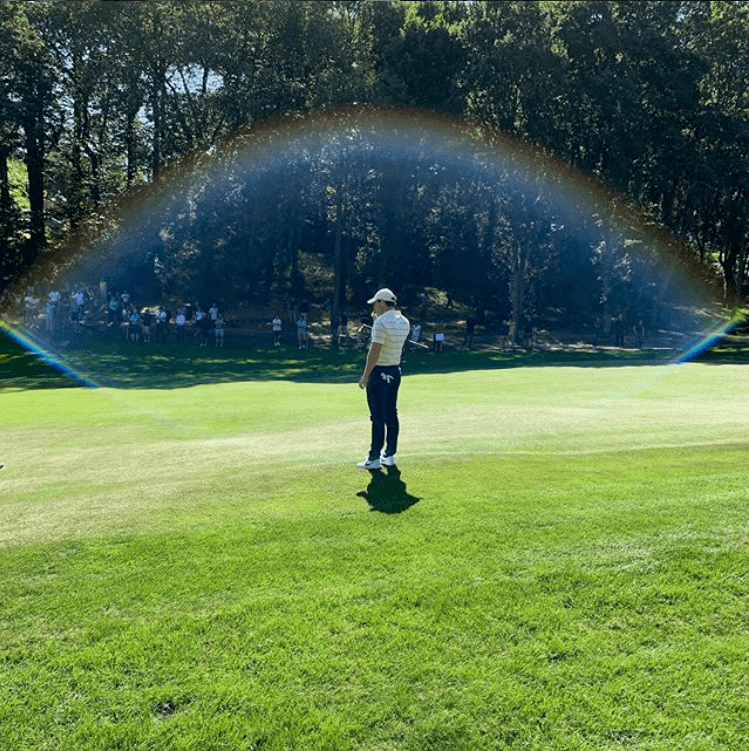 SEPTEMBER
The Fitzdares Club made its first non-racing debut during the BMW at Wentworth. We took over the Ryder Cup room in the clubhouse and the weather was absolutely beautiful. Less beautiful was an annoyingly large bet we took on Danny Willett at 66/1. The man has hardly won a thing since the 2016 Masters and yet here we were paying out £20,000 because he strung four fluky rounds together. Not bitter. At all. We also launched the ‘Best Mate’ Bonus, a half-a-million-pound attempt to convince Altior to run in the Fitzdares Peterborough Chase at Huntingdon

OCTOBER
…a ploy which failed, despite our dinner with Nicky Henderson at Boisdale! He was on flying form but perhaps we should have been paying more attention to the Rugby World Cup, where England suddenly started looking like potential champions. Their win over the All Blacks was one of the best things to happen to Fitzdares in months. There is nothing punters like doing more than lumping on an Even money favourite, as NZ were at the start of the tournament. The fact we all celebrated England for personal reasons was a bonus. Another short-priced favourite to lose that month was Enable, although there was definitely a tinge of sadness in the air. Frankie had come to our Arc lunch only a few days earlier and he had never looked so excited. She is back this year, though!

NOVEMBER
The Springboks broke the nation’s heart – England’s woeful final performance was the only saving grace for our book in November. Every favourite won every race throughout the month, including in F1 where Lewis Hamilton won his 6th World Title. Thankfully, nobody bets on motorsport. The ATP World Tour Finals saw the rise of Tsitsipas and potentially the beginning of the end for the Big Three. We said that in 2017 with Dimitrov and 2018 with Zverev, though, so probably not. 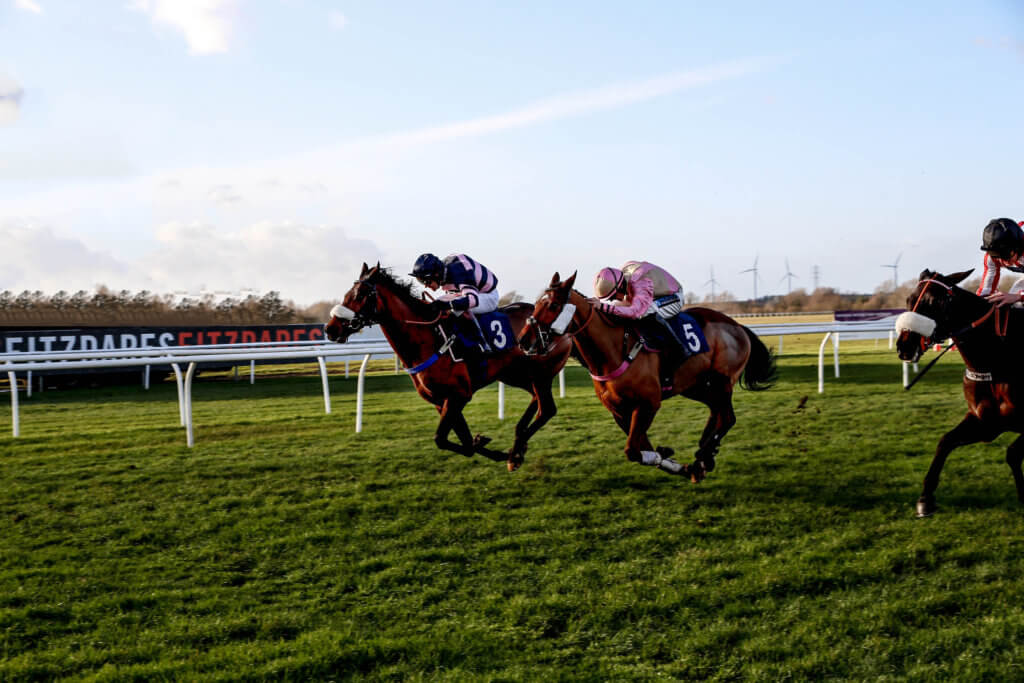 DECEMBER
Anthony Joshua clinically jabbed his way to a second World Heavyweight title. “Two-time, two-time!”, he chanted as if losing his title in between was something to be proud of. Andy Ruiz Jr. let himself down with his poor preparation, making his relatively short odds look very stupid. Everyone else had been fooled too, so we didn’t take much of a hit on AJ’s success. Excuse the pun(ch). However, this month will be most fondly remembered for our sponsorship of the 50th Peterborough Chase, with Henderson’s Top Notch winning a thrilling race. You may wonder if Nicky regrets not bringing Altior, especially given he didn’t end up running in the King George VI either! Oh, and we ended the year by losing £100,000 on the very last race. Wonderful, wonderful stuff.