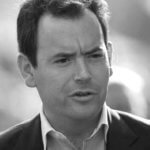 Frankie Dettori took two generous handfuls of Anthony Oppenheimer’s cheeks, positioned himself three millimetres from his face, bellowing “You won the Derby!” over and again. The significance was lost on neither the assailant nor his victim. For one, this was the most glorious redemption; for the other, the plumpest fruit that generations of bloodstock investment could yield.

For those of us who adore this day, who revel in its madcap juxtaposition of the unashamedly elitist and the colourfully populist, Golden Horn’s win 12 months ago provided the perfect story. Yet the Derby nowadays somehow struggles to land a meaningful blow on the national psyche, drifting gently away from the front pages.

No racing event has been the subject of more hand-wringing over the past two decades, many citing its move from Wednesday to Saturday, or from the BBC to Channel 4, as contributory factors to its disappearance from the cultural mainstream.

But these arguments, whatever their validity, must now be consigned to the deep archive. After all, the idea that parliament would now adjourn for a weekday horse race to create a Melbourne Cup-style national holiday is the stuff of misty-eyed fantasy. And, with ITV assuming control of the event from 2017, the race will be switching networks for the fifth time in as many decades.

Epsom’s executives look enviously at the Grand National – a race which, let’s face it, has not always had the smoothest ride. They wonder why the Derby’s TV audience is less than a quarter of the Grand National’s, why national newspapers don’t all include a sweepstake, why other broadcast networks aren’t threading their output with Derby strands and cross-promotion.

The answer is simple: like it or not, very few sporting events can command attention today simply via their existence, historical renown or heritage. The Derby’s hinterland can provide wonderful context, but the foreground must equally provide striking narrative. If, from an initial entry of 450, there are regularly fewer than a dozen runners, there really isn’t much to go at.

If half the field – and most of the recent winners – are in the hands of the same connections, it becomes still harder to sell in an era that is so much more reliant on the human interest story. This is hardly the fault of Coolmore/Ballydoyle, whose reassertion of the Derby’s importance to the breed over the past 15 years has done more to burnish the internal reputation of the event than anything else.

And that credibility to the purist is important – if we don’t believe in the race ourselves, how can we expect racing’s occasional fans to switch on? More horses, more participants, more competition, however, should ensure a better spectacle and a wider range of storylines.

To that end, the entry system must be revisited to reward horses that have already established some level of achievement or notoriety, in the manner currently adopted by the Kentucky Derby.

Boosting the prestige and prize funds of several late-season two-year-old races and established Derby trials in order to provide a qualification system for the race would have a twofold effect. First, connections would be incentivised by the financial inducement of the ‘Road to Epsom’, forcing them to consider campaigning their horses more boldly.

Second, the public would build some familiarity with the likely participants along the way and be persistently signposted towards the first Saturday in June as the ultimate destination for any thoroughbred. Horsemen may hoot with derision, but unless the structure of the sport puts the Derby at its centre, how can it expect a major TV network to do the same?

On which note, it is my fervent wish that ITV can use its heft to insist on a later start time for the race, preferably around 6pm, opening the door that Channel 4 tried several times without success. The move of the Grand National showed this to be a no-brainer in terms of audiences – simply, more people watch TV during those early peak hours, and the inherent ITV share will ensure a significant boost.

If many of us remain thrilled by the horses, the spectacle, the unusual and heady essence of Derby day, there must be a chance that some clear thinking in terms of its promotion and place within the sport can mean that the shark has not quite been jumped.