Two of the pre-season favourites to win it all, the teams, and indeed the quarterbacks, have had contrasting starts to their respective campaigns.

Baltimore was involved in a fever dream of a game in Las Vegas on Monday night, blowing multiple leads and opportunities to close the deal, and improbably losing to a Raiders side not many had backed for the win. Jackson had a mixed night, fumbling twice at critical junctures, juxtaposing mistakes with electrifying bursts of running and the occasional line drive, side-arm zinger as he attempted to breath some life into the Ravens passing game.

Kansas City got sucked into their own shootout, edging a dangerous Cleveland side in a match up we may well see again in January in the AFC Championship game. Mahomes had an impressive afternoon – 337 yards, 3 touchdowns, and no picks, with his favourite receiving tag team of Tyreek Hill & Travis Kelce delivering 273 of those yards, and all three of the TD’s. The revamped offensive line protected Mahomes capably, though the defense came unstuck a few times, missing key playmakers including Tyrann Mathieu & Frank Clark both of whom are expected back on Sunday, aiming to stifle the dynamism of Jackson, who’s got even more weight to carry on his shoulders, with a diminished supporting cast.

Taken with the final pick of the 2018 Draft, Jackson was the fifth quarterback off the board, those chosen ahead of him including the Bills Josh Allen, Cleveland’s Baker Mayfield who is starting to repay the faith they showed by taking him first overall but is a way behind the trajectory expected of the top player off the board, and Sam Darnold (3rd overall) rejected by the Jets after a handful of lacklustre seasons, now rebuilding his career in Carolina.

Josh Rosen, taken 10th, remains the only bust of the round, a great example of the importance situation plays in the trajectory of a young QB. Allen, Mayfield and Darnold all struggled in their debut seasons – most rookies do – but unlike the others, Rosen was surplus to requirements with the regime change in Arizona and the opportunity the new team saw to build a fresh offense around Kyler Murray. Rosen bounced to Miami, another struggling side at the time, couldn’t settle, and now finds himself in that strange netherworld of the back-up QB.

Jackson fell so far in the Draft because people weren’t convinced about his NFL credentials, specifically the calibre of his arm, which still provokes divided opinion. Critics accept his undoubted talent as a runner but suggest his limitations as a passer are too strong. As with the current crop of first or second year players in the league, Jackson has inevitably been compared directly to his immediate contemporaries, and his passing mechanics don’t stack up with Allen or Mahomes, even Mayfield.

This position does Jackson a disservice, not least because the range of weapons he’s had at his disposal have not been close to the calibre that Buffalo (Allen) and certainly Mahomes have had. The Bills spent big on bringing elite wideout Stefon Diggs last season, and the uplift in Allen’s passing game was immediate. Mahomes marshals an Andy Reid offensive that bursts with variation, energy, and misdirection, underpinned by a colourful cast of characters, like Hill and Kelce that are diverse and game changing.

Jackson hasn’t exactly been bereft of support – Tight End Mark Andrews is amongst the better players in his position in the league, but is no Kelce, Marquise Brown capable but not living up to his first-round billing – but the Ravens QB just hasn’t had the range and depth of talent around him to fully evaluate. Baltimore addressed this in this year’s Draft, but first rounder Rashod Bateman has been placed on IR and is expected to miss the first month of the season at least.

Jackson isn’t prolific in passing yards, but that’s not the offense the Ravens deploy, and his TD to INT rating has been solid in both his full seasons as a starter. Additionally, whilst Jackson wasn’t rushed straight into action in week one of his rookie season, his integration into the big leagues was not as fluent as Mahomes’, the latter learning from Alex Smith, a consummate pro, who was instrumental, Mahomes insists, on his fast start to life in the NFL once he took over the starting role. Reid’s clarity of vision offensively is key too.

An innovator, who’s experience with prototypical dual threat quarterbacks including Michael Vick and Donovan McNabb, and his tendency to experiment and draw influence from an expansive range of sources, has helped him develop a playbook tailor made for Mahomes. Jackson has worked under co-ordinator Greg Roman since becoming starter, and the clarity of vision, comparatively, is lacking. Mahomes plays under one of the all-time great minds of the game. Jackson is a quarterback in a deeply run heavy offense, a loaded deck when assessing his aerial ability.

Mahomes is 3-0 in their head-to-head battles, and the odds are stacked against Jackson and the Ravens preventing that being 4-0 by Monday morning. As well as their injury issues at running back, starting corner Marcus Peters (formerly of the Chiefs) is also out, whilst it’s questionable whether fellow starter Jimmy Smith will be fit enough to play.  An 0-2 record is an unenviable start to proceedings, and whilst Baltimore have enough to rebound back into the playoff picture speedily, another loss may well mean the AFC’s Number 1 seed and homefield advantage in the playoffs will already be beyond them just a few weeks in. High stakes indeed. 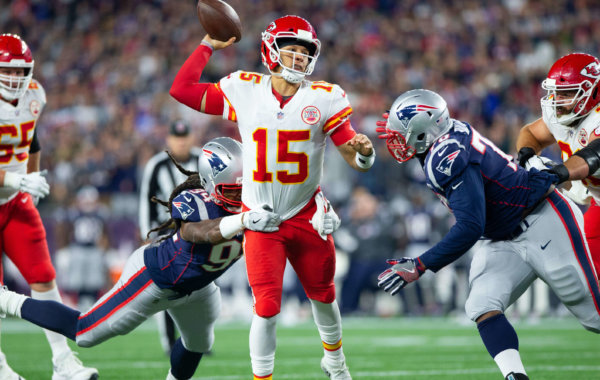 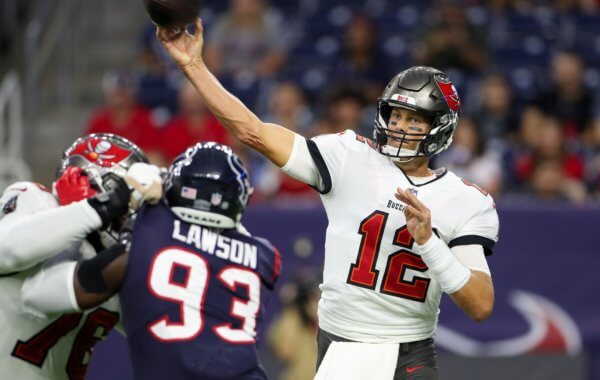