The opening night of the 2021 NFL season, which saw a revitalised Dallas Cowboys run the reigning champion Buccaneers to the wire, suggests that the road to a repeat Super Bowl appearance for the Bucs may not be the cakewalk that many have predicted.

Things in the AFC are even more wide open, where a credible argument can be put for at least five teams to emerge as the conference winners and roll onto to Super Bowl LVI next February in LA.

The leading contender remains the Kansas City Chiefs, who’ve played in back-to-back Super Bowls, led by quarterback Patrick Mahomes, under the guidance of offensive innovator Andy Reid. The Chiefs fell short last season, losing to Tom Brady and the Bucs primarily because their offensive line was unable to cope with the Tampa defense, leaving Mahomes scrabbling and scrapping across the field, freestyling as much as he could, but forced so out of rhythm that the usually effervescent offense was dulled and stifled. Unsurprisingly, re-upping the unit entrusted to protect their franchise QB was the primary piece of business for the Chiefs in the off-season, including the high-profile free agency acquisition of left guard Joe Thuney on a 5-year, $80 million deal, and a pricey trade for the Ravens Orlando Brown, who takes on the left tackle spot, shoring up Mahomes blind side.

Assuming the revamped line lives up to potential – Pro Football Focus have it ranked seventh in the NFL – the possibilities for the offense are tantalising. Expect Clyde Edwards-Helaire, the sophomore running back who had an injury affected rookie season, to feature heavily, alongside the established elite talent that Reid loves to interchange including burner receiver Tyreek Hill, tight end Travis Kelce, one of the new school in his position that are essentially X receivers in the body of a linebacker, and the underrated Mecole Hardman. Defensively, the Chiefs return their most effective players, including Frank Clark and Chris Jones in the trenches, three-time All-Pro safety Tyrann Mathieu and corner L’jarius Sneed, who wowed the league in his rookie season. In the Draft, the Chiefs added linebacker Nick Bolton, who Ben Isaacs, college football expert on my ESPN podcast, describes as “a very physical tackler with great instincts”.

Undoubtedly, the Chiefs seem to be the team to beat in the AFC, but the chasing pack isn’t far off. Led by the Buffalo Bills, who will suffer from a more competitive division (the AFC East) than many with an improved New England Patriots and a dangerous Miami side. Like the Chiefs, the Bills have their franchise quarterback locked in and the year-on-year development of Josh Allen from young, raw, and intriguing to bona-fide top tier status was remarkable. The addition of Stefon Diggs, was significant, so too was the architect of the Bills offense, co-ordinator Brian Daboll, who was expected to land a head coaching job in the off season. He didn’t, and his retention could be one of the most significant in the NFL this season. Defensively amongst the most organised and effective in the NFL – look out for Britain’s Efe Obada, who’s joined the ranks this season – the Bills balanced and well-coached and hard to break down. Critics suggest their weak link is the ground game, but Allen’s rushing ability negates that to a large degree. Expect another playoff season from the Bills, and if they can force their way to a record that delivers the number one seed and homefield advantage, this may be their year.

The Browns, perennial whipping boys of the NFL, have turned a corner in recent years, and many believe their star-studded roster is the one to beat. They’ve got one of the best offensive lines in the league, one of the most dynamic backfields with Nick Chubb and Kareem Hunt, and a receiving corp that’s strong, but could be top tier if 3-time Pro Bowler Odell Beckham returns to form. Baker Mayfield is perceived as the obvious weak link, in terms of championship credentials, and he’s clearly not at the same level as either Mahomes or Allen. But his progression year-on-year, whilst not Allen-esque, was impressive, his 26-8 touchdown to interception ratio a significant improvement year on year. And that’s what this offense needs, Mayfield to protect the ball, keep things simple, and let the playmakers around take care of the rest. This is all underpinned by a defense that’s been strengthened in the off season through free agency and the draft – particularly in the secondary where first round pick Greg Newsome will start, as will new signing John Johnson from the Rams. Myles Garrett has re-invented himself, Jadeveon Clowney has upside, and the culture in the franchise has been redefined with the playoff run of last season.

Tennessee is another high seed that’s re-upped effectively, adding future Hall of Famer Julio Jones to an offense that has such clear identity and balance, Derrick Henry driving a potent ground game, Ryan Tannehill woefully underrated at quarterback. Defense was the issue for Mike Vrabel’s team last year, and that’s where the Titans have concentrated their efforts, adding Bud Dupree from the Steelers on a five-year, $82.5 million deal and Denico Autry who arrives from divisional rivals Indy. Indeed, their division, and lack of bite from Houston, and to a large part Jacksonville, coupled with the challenges the Colts are facing with injury, mean that the Titans have an easier ride than others in that respect, but overall, their schedule is one of the hardest, paired with the NFC West and the AFC East. Nevertheless, expect them to take the division and be a danger in the playoffs.

Baltimore completes the set of main contenders in the AFC. As with the Bills move to build around their franchise quarterback, so have the Ravens looked to arm Lamar Jackson with a stronger collection of weapons. In come veteran receiver Sammy Watkins and first round pick Rashod Bateman, though the latter set to miss several weeks of the season due to injury. Even more of a concern is the backfield. JK Dobbins has been ruled out for the season, closely followed by Gus Edwards, the main expected to carry the load. Starting corner Marcus Peters is out for the year too, and whilst the Ravens will still contend for division, a lot will ride on Jackson’s shoulders in the early weeks of the season. They have a favourable schedule – if such a thing truly exists in the NFL – and divisionally it’s a two-horse race between them and the Browns for the spoils.

Honourable mentions go the rebooted New England Patriots who are off the radar for many, but I feel will contend in the AFC East, and the Denver Broncos, who may surprise a lot of people, particularly if their Defense plays up to its potential. Every year, there’s a team that makes the playoffs that didn’t the previous season, and either of those two teams are candidates for a comeback. 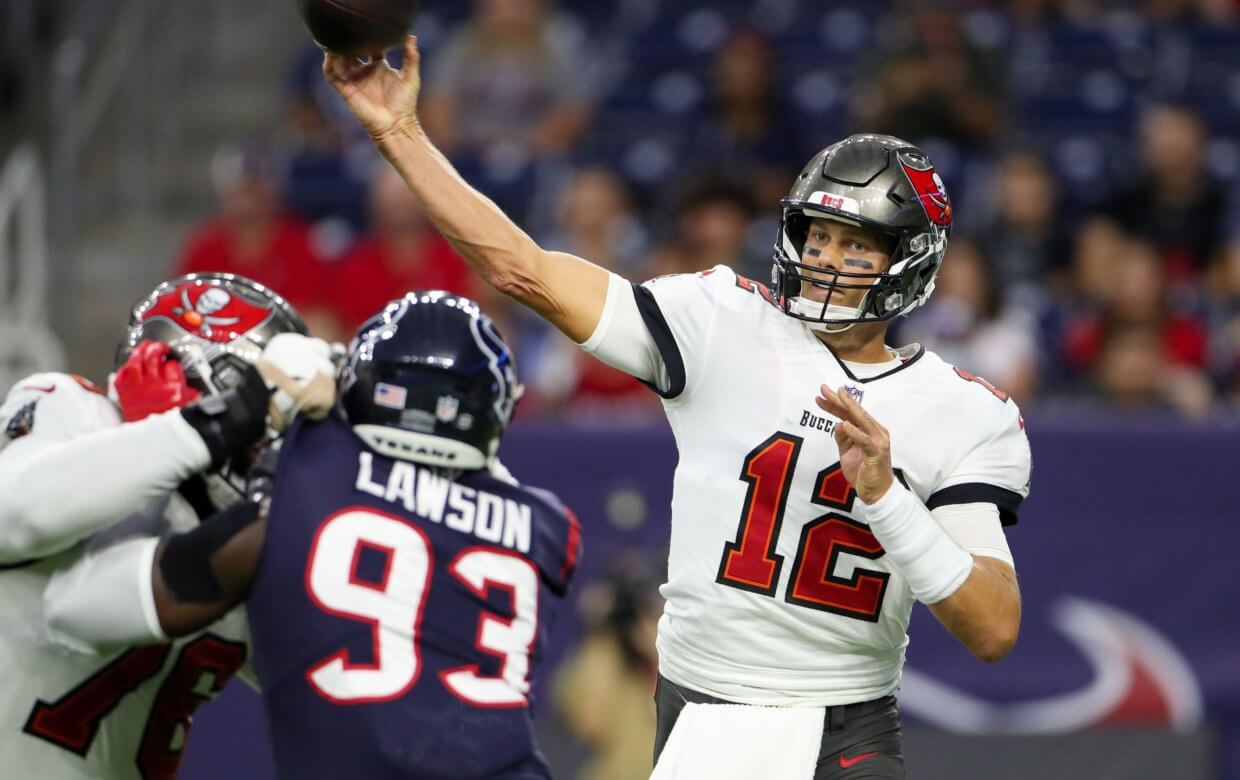 Out of all the major sporting leagues around the world, the NFL navigated the complex operational challenges presented by Covid-19 better than most. The season ran on time, relatively few teams were affected significantly, and although the TV ratings for Super Bowl LV were the lowest since 2007, we’re still talking over 96 million viewers tuning in stateside, let alone the rest of us watching from afar.