Get paid out as a WINNER if your team scores 35+ points in the NFL even if they go on to lose! T&Cs apply

Neither Cooper Kupp, the LA Rams receiver – 1734 receiving yards 14 TD’s and counting – nor Jonathan Taylor, the Colts running back who has racked up 19,625 scrimmage yards and 19 TD’s will win the league MVP this season, despite the extraordinary seasons that they’re having.

In the NFL, the MVP – one player selected based on his performance in the regular 17-game season – is almost always a quarterback; the last eight have been, as have seventeen of the last twenty winners – the other three winners, Adrian Peterson, Sean Alexander & Ladanian Tomlinson were all running backs. The last defensive player to win it was Lawrence Taylor, 35 years ago, hence the separate Defensive MVP Award.

This figures, given the quarterback position is arguably the most influential in any sport, let alone the NFL, and the two front runners in the current MVP race, Tom Brady of the Bucs and Aaron Rodgers of the Packers, have both had excellent seasons, even by their enduringly high standards.

But Kupp and Taylor would be understandably aggrieved if they do fall short, not least when considering some of the fundamentals that factor into the MVP selection process. MVPs are almost always from a winning, contending team. Both the Rams (Kupp) and the Colts (Taylor) look playoff bound. MVP’s must be instrumental in that positioning, or to look at it another way, difficult, nigh on impossible to replace.

Therein lies the argument for QB’s – imagine the seasons that the Bucs and Packers would have had if jobbing backup Blaine Gabbert or rookie Jordan Love had replaced Brady or Rodgers – but a similar case can be made for Kupp and Taylor.

The much vaunted all-new Rams offense, led by recently acquired QB Matthew Stafford has been dealt some blows – starting RB Cam Akers went down before the start of the season, and instrumental receiver Robert Woods has been out of much of it – and as such, the onus has been on Kupp to deliver. The simpatico he has developed with Stafford is remarkable, Kupp lining up all across the field, a multi-dimensional receiver who causes match up nightmares. The removal of his productivity would almost certainly move the Rams from contenders to also rans even if he’s prone to errors, as he demonstrated against the Vikings.

Ditto Taylor, who spearheads an offense that’s average at best in the air, and often well under. Take the Colts recent win over a resurgent New England Patriots. Indy QB Carson Wentz threw for just 57 yards. Taylor ran for 170 yards, including a game clinching 67-yard TD run, where he hit a top speed of 22 MPH. And whilst Wentz’s season has been generally solid, if unremarkable (just over 3,000 yards, 23 TD’s & 6 interceptions) take Taylor out of the Colts set-up and there is no way they’re making the post season.

But, inevitably, the winner – chosen by a panel of 50 sportswriters – will come from either Brady or Rodgers. Both have had very similar seasons in many respects, presiding over two NFC contenders, with Rodgers emerging as the front runner. Outside of the Packers nightmarish start to the season against New Orleans, has picked up where he left off last year, dropping virtuoso performances despite playing through a toe injury.

The pre-season drama, with rumours of a move away from the franchise he’s played his entire career, and where he hinted via his social media channels that this will be his last year, hasn’t appeared to distract him at all. Neither has the controversy surrounding his behaviour in relation to Covid-19 team protocols, where he seemingly misled his colleagues on his vaccination status, though both have contributed to Rodgers’s position as an anti-hero, a heel to Brady’s babyface. Whether this will factor in the voting is unclear.

Brady was shut out for the first time in over a decade against the Saints, and the injuries sustained to some of the key players on his offense including receivers Chris Godwin and Mike Evans and running back Leonard Fournette may prove to be decisive, slamming the brakes on what has been an excellent season. He still leads the league in TD’s thrown (37), and passing yards, his 60 passes of 20 yards or more amongst the most prolific too, but he may run out of gas in the final weeks, with a weakened supporting cast.

Stafford, and the Bills Josh Allen are the other main QB contender for MVP but there’s a big drop between Brady/Rodgers these two. Allen is an impressive, dual threat, next-gen leader, who’s success is testament to the patience and support Buffalo and his coach Sean McDermott have applied against the odds, in our world of breakneck pace, and short attention span, where many would have moved on from his early struggles to the next big thing.

Stafford has re-upped a Rams offense that was losing its way under his predecessor Jared Goff, a solid if unremarkable player, and his big arm has opened a dimension to Sean Mcvay’s offense that was lacking in the last few years. As I’ve previously written about in the Fitzdares Times, I rate the Rams as a serious Super Bowl contender, but Stafford’s season has been good, but not great, and not MVP worthy.

An honourable mention goes to Cordarrelle Paterson, the Falcons wildcard who has re-invented himself in his ninth year in the league, as a multi-purpose gadget player. His 1000+ all yards, and 11TD’s have almost single handedly kept the Falcons relevant.

But ultimately, it’ll be Brady or Rodgers, though both would trade the award in in a flash, if it meant landing a Super Bowl ring in February. Right now, that race, like the MVP, seems too close to call.

For the inside scoop from around the NFL, tune in to the Nat Coombs Show podcast. 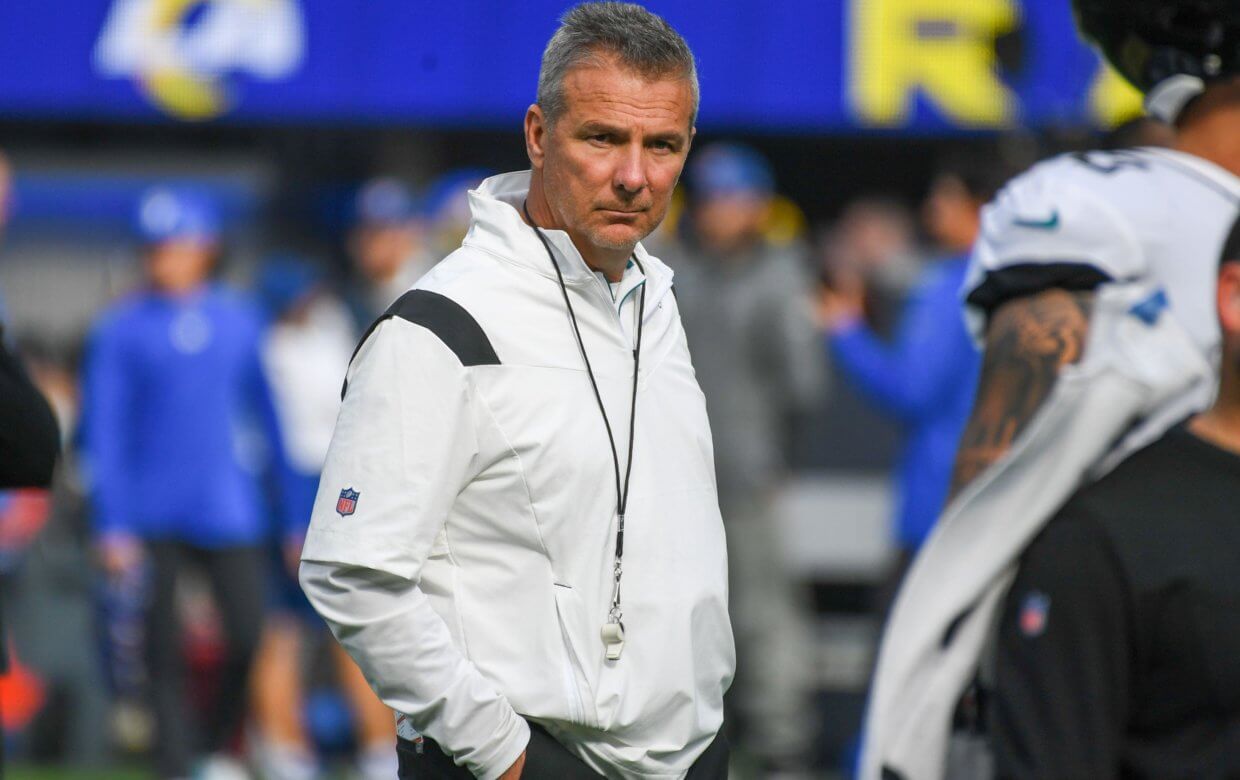 It takes a pretty serious level of dysfunction for an NFL team to jettison its Head Coach during a season. Unlike European football, where managers can be given their marching orders at any time, NFL owners typically wait until the end of the season before cutting the cord. 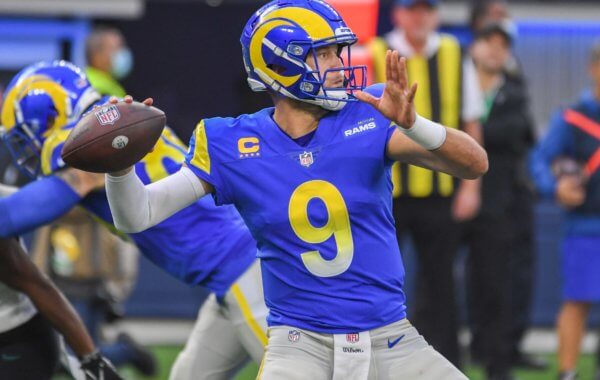 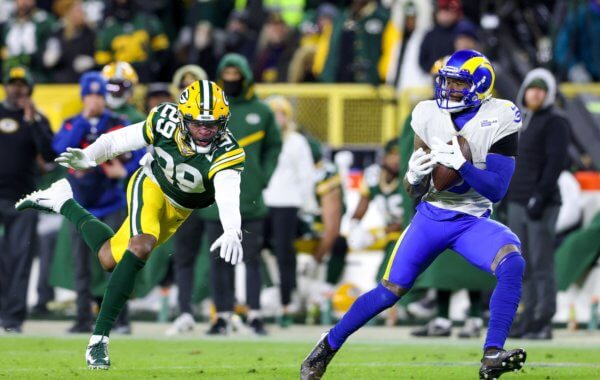