Lochnager gave trainer Mick Easterby some of his most memorable successes – including a 1975 win at Haydock that was an absolute breeze for the sprinter.

Now then, a story about my best sprinter Lochnager. I bought him privately as a foal in 1973 for a modest sum, and he proved a rare bargain. Some people spend tens or even hundreds of thousands at the Yearling Sales in the hope of securing a high-class horse. But Lochnager wouldn’t have fetched much at public auction as a foal or a yearling: he had an unfashionable pedigree, y’see. His sire Dumbarnie was a high-class miler, but he had limited success in a long period at stud. He was 22 years old, and Lochnager’s dam Miss Barbara was the last mare he covered. She was a fair sprinter, winning six races, but she had an undistinguished family background.

I knew Lochnager had potential because I worked him as a two-year-old and he was big. Very, very big. I gave two runs, maybe three runs, something like that, and thought I’d put him away, let him develop and grow into himself.

He was a strong, good-bodied colt and a good walker. He made great strides as a three-year-old, so we entered him in a five-furlong sprint at Haydock. We went overnight to Haydock and I took £5,000 with me to have on. He’d developed into a really good type of sprinter, a flying machine, and the only question mark was the ground – I thought he didn’t want too soft ground. It rained overnight – I spent all night waking up listening to the f-ing rain patting against the window. I woke up at two o’clock and it was still raining and I thought, “Bah, bloody hell, I’ll only have three grand.” And I woke up at three o’clock, still raining, and thought, “I’ll only have two grand.” When I woke up in the morning it was still raining, so I thought I’d just have a grand.

We had this big punter called Mr Wrigley to help us get most of the money on. Then there were another seven runners who were given smaller stakes, plus their own money. The idea was that my wife Alice was going to stand up in the stands and everyone was going to line up in front of the bookmakers and pounce at the same time when she took her hat off. She was very nervous – she knew it was important as I had been through the rigmarole a few times. To add to the complications it also turned out to be a very windy day and her hat nearly fell off, so she had to pin it on. 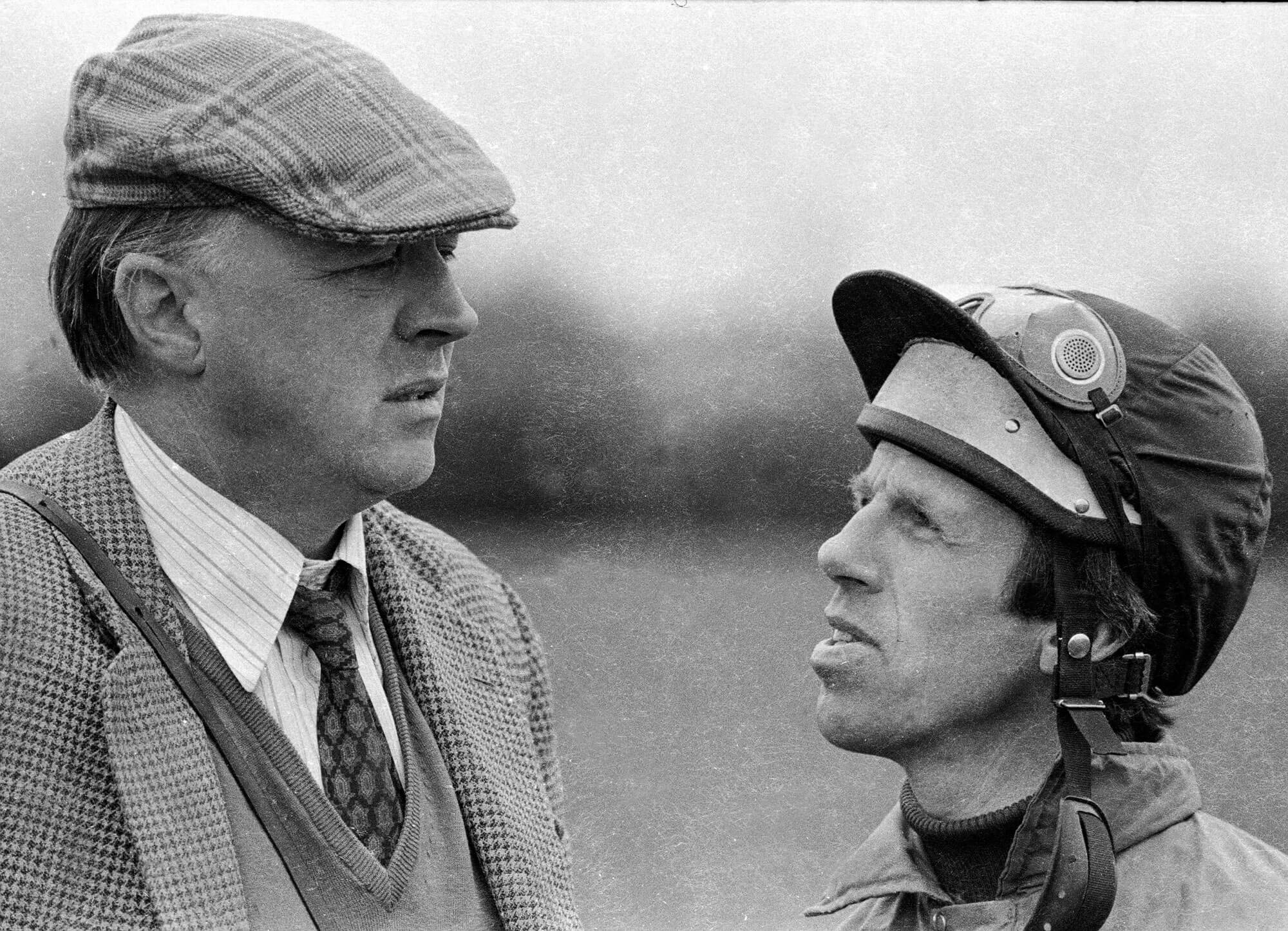 At the time of the race, Mr Wrigley was stood at the bookmaker’s pitch waiting for the signal. He looked up at the stands and saw her going for her hat because of the wind and he stepped forward to ask: “What price Lochnager?” He had quite a posh voice! “8/1, sir,” replied the bookie.

“Oh right, OK,” he said, and as he turned to look back up at Alice there’s another gust of wind, so she goes for her hat again. So he asks again: “What price Lochnager now?” “6/1, sir,” the bookie replies, and Mr Wrigley looks round to see that she still has her hat on so he backs off. But the others think they’ve had the signal, so they’ve broken ranks to get the money on and the price starts crashing.

Lochnager is 4/1 when I give Alice the nod to take her hat off, but she’s forgotten she’s pinned it and it takes her a while to get it off! Mr Wrigley, being the big hitter, was supposed to go in first, but unfortunately he waited for her to take the hat off. So by the time Mr Wrigley asks again and gets the money on he has to take 6/4.

“I wonder why the silly cow didn’t taken her hat off?!” he said – that is true to the letter! By the final count I managed just 200 quid at 6/4. Lochnager won hard held – he won as far as he wanted! All my other runners broke their word and got their own money on. Mr Wrigley was the only man to stand his ground, the only man who didn’t break his word. We discovered afterwards that Peter O’Sullevan was the one who pinched the price. Gospel truth. He didn’t know what we were doing, but he got a tip off from somewhere. That’s normal when you get these tips.

I wasn’t angry with Alice. She was shaking after the race, but it was just one of those things. I couldn’t celebrate afterwards because I’d missed the price, but it wasn’t too bad – Lochnager won every handicap barring one and then the following year he won every Group race. Lochnager was the best sprinter I’ve ever had and will ever have. n