Stuck in the shadow of brash young offshoot T20, Test cricket is in seemingly terminal decline. Urgent change is needed to rescue it.

The majority of test match cricket spectators come from the older generation who have grown up understanding, admiring and enjoying the nuances of the game. Today’s youngsters grow up watching and playing T20, and when they have kids they will encourage them to watch and play T20. When that older generation passes on, there will be an even bigger decline in Test cricket admirers.

A Test match is the ultimate examination of a cricketer’s temperament and technique. Throughout history, and even today, players judge themselves by their Test performances – therefore we have an obligation to try to keep the longer format alive and well supported for the next generation of kids. Doing nothing is not an option. Test cricket is under threat from T20 and, because of Covid-19, is under more financial threat than ever.

Some people don’t want the game to change, but nobody should be afraid of change. Test cricket has always adapted with the changes, right from its beginnings in 1877. Today’s cricket is a wonderful spectacle, with the number of runs scored per ball bowled being higher than at any time in Test cricket’s history. As an enter­tainment spectacle it should be appealing – so why is it most countries are struggling to get spectators through the gate?

England and Australia are the exception, particularly England, who play their home matches to full or nearly full grounds even though tickets are very expensive. Australia still get big attendances and have just started dipping their toe in the water with an occasional day/night Test match. But the rest of the world has seen crowds declining for more than ten years. One can understand New Zealand having small crowds as their total population is only 5 million.

Watching T20, you don’t have to think. Every few minutes there are fours and sixes or wickets falling.

Cricket used to be everything in the West Indies, but for years hardly anyone has turned up. Now it has got so bad that when England tour the Caribbean there are more England supporters travelling to enjoy some winter sunshine than there are locals attending.

South Africa has been in a downward spiral for some time. Government quotas and affirmative action to force black and Cape coloured players into teams after many years of being disenfranchised during apartheid hasn’t helped. Many white players have drifted away from cricket, disillusioned, or tried their luck in English county cricket like Kevin Pietersen. Mismanagement and arguments between the cricket authorities and the government haven’t helped either.

Pakistan have not played a Test match at home since 2009 due to safety concerns after the Sri Lankan team bus was attacked by terrorists. But for a decade before that the public had lost interest and matches were being played to empty stadiums. Interest for one-day 50-over matches had overtaken Tests. Support in Sri Lanka is so poor it is beyond sad.

India is the powerhouse of cricket, with over 1.3 million people all cricket mad. For years Test matches were played to full houses as no other sport could get anywhere near the same level of support. Tickets were like gold dust! Even when the matches were sold out, thousands of supporters would congregate outside the grounds just to be close to the action and near their heroes. Those not at the match listened on radio or watched on TV. Test match cricket was in the hearts and minds of the whole nation.

For years now, you haven’t needed to pre-buy a ticket; just walk up and pay at the gate. Stadiums are half full on the weekend and a third full or less on the other days. Sad to see, but the IPL T20 has captured and captivated the whole of India to the detriment of Tests.

So why is T20 thriving and Test match support declining? In my opinion, T20 fits the modern-day pace of life. Youngsters now expect everything immediately – many adults too, as the pace of life has got faster. Patience is non-existent. Mobile phones, computers and satellite TV have altered our lives so that almost everything is instantly at hand.

A cricket match concertina-ed into four hours of nonstop action, with lots of runs and wickets and pop music, fits their idea of entertainment – fast, all-action fun that doesn’t take sitting around all day and having to work out the clever, intricate moves going on between bat and ball or understanding the finer arts of a match. 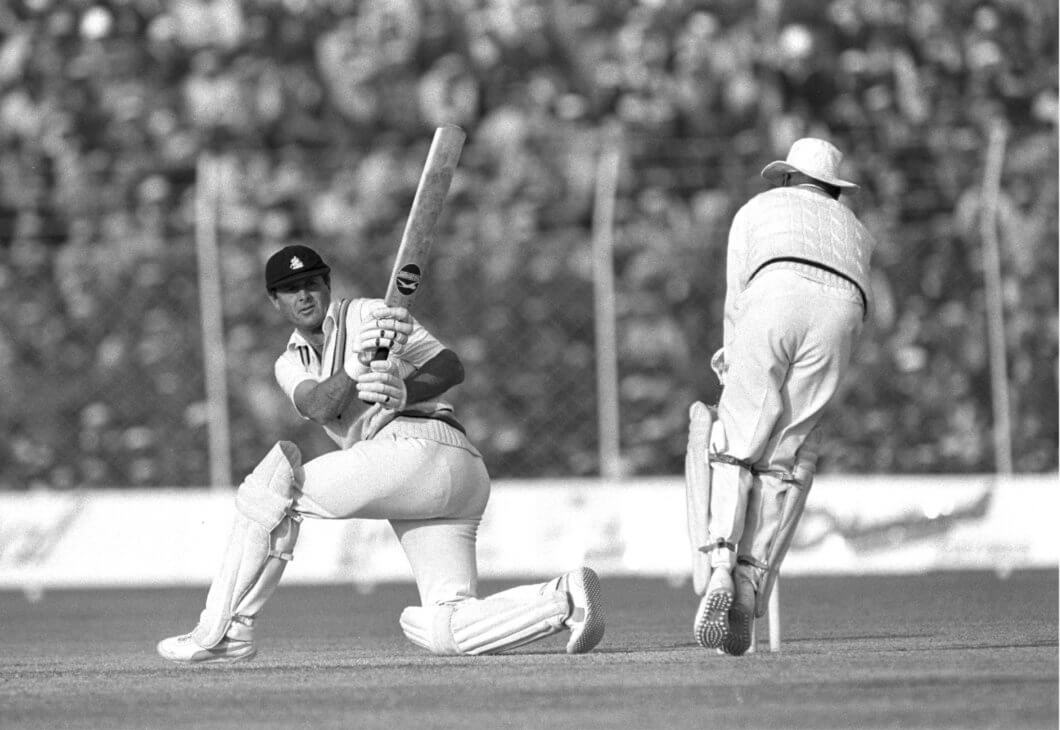 Watching T20, you don’t have to think. Every few minutes there are fours and sixes or wickets falling, and you get your favourite pop songs as well. It’s just fun. It doesn’t last too long and they all go home having had a great time. Most kids growing up watch T20, practise and play it. Because they would choose T20 over Test match cricket, that makes it worse for the future of the longer format.

So how can countries address this slide in attendances from Test match cricket to T20? I hope I’m wrong, but I think it may have gone too far already. The administrators have done nothing to make Test matches more appealing to the young, or as a vibrant alternative to the shorter format. Their answer is to have more and more T20 and sell the matches to television for lots of lolly. Every country has a T20 league, and in England we’re going to have two because TV pays big sums. How short-sighted and greedy is that?

On top of that, many administrators and some older ex-players make out that they don’t want to change five-day Test matches, as if it would be sacrilege to attempt any alterations. They are like King Canute trying to stop the tide coming in! They are living in the past. Doing nothing has not been a success. If you care about something, you have to accept that change, however unpalatable, is necessary.

T20 is short, sharp, fast and furious, and played in the evenings or at weekends. Test matches are long, slow, and played over five days throughout the day when people are expected to be at work. Taking time off work for many people can be difficult. It’s a no-brainier which format is the more attractive.

Fifteen years ago I gave the MCC Colin Cowdrey lecture and I advocated day/night Test matches, because people would be able to attend without taking a day off work. There was then the problem of getting a coloured ball that would be easier to see at night and retain its colour. Cricket authorities made every excuse about finding a coloured ball, not having coloured clothing in Test cricket and problems with dew.

All these could have been solved, but frankly none of them wanted change so they dragged their feet. It has taken an abnormal amount of time for authorities to accept the pink ball and realise a bit of common sense is needed to avoid day/night matches in the months when there is a likelihood of dew. We are still in the infancy of just the odd Test match being played at night around the world. Tests at night are not yet required in England because of our long summer days, and our day Test matches are so well supported. But abroad, in hot climates when night falls early, it’s ideal to play and watch in pleasant, warm conditions after work.

Five days are allotted for all Test matches, yet half of them now have a result in under four days – and that’s with over rates of less than the requested 15 overs an hour. Last summer in England, our result Tests were finished in 350-370 overs.

For the paying spectator, over rates are the biggest frustration. There are too many breaks and stoppages; drinks intervals take for ever; players dawdle around, and captains have long chats with bowlers about what field to set; bowlers unhappy with the footholds mess about at the bowling crease. Inactivity in Test cricket is the opposite of nonstop T20. When nothing is happening, it can give the impression that players feel the game is for them and not paying customers.

I would have four-day test matches, and the bowling team would have to bowl 16 overs an hour in whatever part of the day they are required to be in the field. Playing time would be over seven hours, and with 16 overs an hour it would mean a total of 112 overs a day. Over four days, that would mean 448 overs to complete a match. If the two teams can’t get a result in that number of overs, then the pitch is too good and it’s better to call it a draw without the bowlers being flogged to exhaustion.

Every time the bowling side doesn’t complete the required 16 overs an hour, there should be a penalty of 10 runs an over added to the opposition total as penalty runs. In most cases that wouldn’t happen, because no team would want to give runs to the opposition.

I believe all cricket administrators have a duty to leave Test cricket in a better place than they found it.

Sir Geoffrey Boycott OBE scored 8,114 runs in 108 Tests for England and is a Fitzdares WhatSport Ambassador.