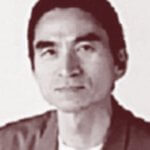 Three years after I had gone to Darwin in Australia’s Northern Territory to run the high-stakes Aspinall Room in the Diamond Beach Hotel Casino, I met ‘The Whale’, Akio Kashiwagi. In 1984, Aspinalls was invited by the NT government to come and operate its two casinos – Darwin and Alice Springs – which it had compulsorily purchased (a democratic first!).

For 20 years the big gamblers of the world had been from Arabia, but a move east was underway, and Darwin is just four hours from Jakarta, Singapore and Kuala Lumpur, where many hugely rich Chinese gamblers lived. John Aspinall (‘Aspers’) thought it a clever move to get in early and open an Aspinall Club within the existing casino complex.

In 1987, I moved with my family to Darwin and all was going well when one of our investors, Ong Beng Seng, suggested I fly to Tokyo to meet Las Vegas’s biggest Baccarat player, Kashiwagi. I persuaded him that we were in the same time zone, and we would match the stake he was allowed in Caesar’s Palace of US$250,000 (around AU$330,000 at the time).

Later that month, I chartered BS Ong’s G5 and flew back to Tokyo to collect him, and in two days he won AU$10 million. We had just enough money to meet the cheque, and two weeks later he came again and won AU$6 million. He did, however, bring a friend in Hideaki Watase, who lost AU$6 million, so all was well. The casino world was agog. The biggest game in the world was happening somewhere most of them had never heard of.

We sent tapes of the game to Aspers’ friend, Steve Wynn, in Las Vegas. His security people found nothing untoward. Our Chinese partners arranged for a very expensive feng shui man to visit us, and we were obliged to alter and refit doors, hide a net in the ceiling above the table, and place a fish tank next to it. Just after Christmas 1990, he came and won AU$5 million. He must have nobbled the feng shui man!

Our Singaporean shareholders with Aspers and James Goldsmith had to transfer funds to the Chemical Bank of NY in Tokyo. Aspers and Jimmy were all for continuing, and the Singaporeans reluctantly agreed to one more go. Kashiwagi arrived at 6pm on our chartered jet (costing US$50,000 a time) and left at 6am the next morning having gambled all night, winning AU$5 million. He was AU$26 million up in total. I knew it was the end.

My options in the business after three years in Darwin were worthless. The casino was broke, saved only by the cash injections of the owners. I went home, which was empty as my family were all in London for the Christmas holidays, and frantically cleaned all my shoes. To this day if my wife sees me cleaning shoes (infrequent), she asks: “What’s wrong, darling?” Kashiwagi flew to the Taj Mahal Trump Casino in Atlantic City. He did a deal with Trump whereby the game stopped, win or lose, at $12 million either way. He was $10 million down when the casino stopped the game, reneging on the deal. Kashiwagi left with $2 million in chips.

He went to Las Vegas and lost $10 million, and then to the Ritz in London, where he lost £6 million. He went to Paris, where he played in a poker game and lost just $1,500. He was told the game was crooked and stopped the cheque. The French contacted their friends in the Yakuza, who stabbed him to death with 150 wounds from a Samurai sword – all for a fraction of any one bet of his. The moral of the story is, if the game is crooked, pay up quickly!

James Osborne co-founded Fitzdares and is a former MD of Aspinalls.