After years of training, dedication and sacrifice, the Olympics represent a dramatic climax for elite sportsmen and women – in more ways than one.

The traumatic build-up to any world championships, regardless of sport or discipline, takes life-consuming self-obsession beyond almost any other quest for recognition or personal glory. To compete for your country, and beyond that to have the good fortune to bring honour on your family and friends, is almost too “Disney”. For the few who make it to the Olympics, and then the tiny fraction who end up with an Olympic medal, life for a time verges on an out-of-body experience.

Almost 20 years have passed since my personal dalliance with Olympic glory, yet it still doesn’t quite seem real. On the rare occasion that I watch our race – the men’s eights in the rowing at Sydney 2000 – I still get palpable anxiety on the last 200 metres to the line, the dulcet tones of Garry Herbert prattling on about nothing in particular. By this stage he was talking about how his “great mate”, our two-man Ben Hunt-Davis, was getting married that October. A little disappointing for the other eight men (or technically seven and a half men), who had spent 15 years of their lives training six to eight hours a day, seven days a week for this one life-defining moment.

Great Britain hadn’t won the blue riband men’s heavyweight eights since 1912, and we had just collectively rowed an immaculate, dangerously aggressive and frankly suicidally fast race from the start. After a lot of pain and anguish, we somehow managed to cross the line before anyone else did. It now transpires that so many of our families, friends and acquaintances watched this peculiar event from all around the world in an air of screams, expletives and rude profanities. This resulted in raucous yelling, spilt bottles of red wine and ill-explained euphoric ex-teachers erupting in various dive bars throughout Cambodia.

Tales of wonder amount. However, a 2,000m rowing race can only be so interesting. Concentration ­­wanes, even among the most loving and dedicated friends. The tactical nuances we spend hours perfecting tend not to trouble the minds of those outside the boat. The endless references to “rate” and “split times” are largely lost on anyone other than an ardent professional. The camera angle is always completely misleading, too. Fortunately, we were just there to race, and on 24 September 2000, our race took exactly 5min 33.08sec. As an abstract number, it means nothing to most people. Fortunately for us, it proved to be faster than anyone else.

Our celebration took numerous guises. A number of my gang managed to summon the energy to stand up, arms aloft like Lycra-clad messiahs. Our cox decided to do a front flip out of the boat, forgetting to remove his microphone. While I reeled in lactate-fuelled delirium, throwing up out of both sides of the boat and creating a rather unattractive froth beard, I thought I was having some kind of seizure, for all I could hear was gurgling water. Ten minutes later, we found ourselves standing in our sweaty “fruit suits”, chatting to the utterly charming HRH Princess Anne. She had apparently paid enormous attention in finishing school to the module entitled “How to address eight very large, sweaty men in skin-tight Lycra”. So, at 11am with the race completed, medals presented and a week of the Olympics remaining, what should we do?

There is that urban myth that the Great Wall of China can be seen from space. However, if a satellite could see high concentrations of hormones from space, a summer Olympic village would be visible from Mars – and that’s just naturally occurring hormones. In 2000, some 199 nations sent 10,651 athletes to Sydney to compete in the pinnacle of international sport – 6,582 men and 4,069 women, to be exact, all in the prime of their lives. Each one trained to spectacular physiological condition, with laser-like focus and dedication to their sport and, frankly, themselves. Combine said group in a secure gated community away from friends, family and coaches, and you have just created the atomic sex bomb.

The organisers of the Sydney Games had allegedly supplied the Olympic village with 150,000 condoms. By the first Tuesday, they had all run out. Aside from the fact that this would mean 15 condoms each if shared equally, I can personally vouch that they were not “distributed” at all. For days, while friends and family members waited nervously for the performance of a lifetime, inside the Olympic village it was “Shagmageddon”. 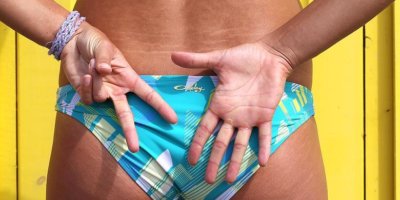 At what stage did rampant carnal sex come into the metrics of elite sport? Did I miss a vital team meeting? Was there a memo on the intranet (quite the modern concept at the turn of the millennium)? What really staggers me is the colossal scale of the bonkfest. The reasons are, however, apparent. Good-looking, fit, sexually starved young athletes in a closed community with free condoms – it doesn’t take the wit of man to work it out. What an astonishing volume, though. We shared apartment 666 (no joke) with 20 of us from the men’s team. Apparently, rowers are historically low performers in the Olympic bonkathon. True to form, almost all of us were in relationships. A few singletons had some light sexual endeavours, but nothing that could cause such huge numbers.

On reflection, just shy of 20 years on, it is impossible to really evaluate the full impact of winning Olympic gold and nothing would have ever distracted me from that. That said, all things considered, it might have been quite fun to go to an Olympics as a single person with zero chance and thoroughly indulge in the spirit of the modern shag games.

Fred Scarlett won gold in the men’s eights at Sydney 2000 and now works in super-prime property.