The case for Bayern Munich, by Head of Football Alex Mitchell

It’s hard to imagine a team has ever gone into a Champions League final in better form than the Bavarian outfit ahead of Sunday’s European showpiece.

Hansi Flick’s side have won 10 consecutive games in the Champions League, equalling the longest streak in the competition’s history, knowing that if they break the record, they will be champions of Europe for a sixth time.

Bayern have scored an incredible 42 goals in this season’s competition, of which 24 have been scored by leading marksman Robert Lewandowski and former Arsenal man Serge Gnabry, who combined have managed just one goal fewer than their Parisian opponents.

The Polish striker wasn’t at his lethal best against Lyon but still managed to score his 15th goal in his tenth appearance in the Champions League this season.

The one concern for Bayern would be that they have shown some defensive frailties at times in their previous two games, conceding two goals to Barcelona and giving up a few big chances against Lyon on Wednesday night.

With Neymar and Mbappe leading the line, PSG are unlikely to be as profligate as their French counterparts, but an open game is likely to suit Bayern, as they have the ability to outscore anyone in Europe.

It is hard to be too critical of a side that has just recorded a club record 20th consecutive win in all competitions and it would take a brave soul to predict against the German giants continuing that record on Sunday, even against a smart PSG side.

Whilst potential defensive frailties could be the only threat to Bayern’s sixth title, they possess fullbacks in Alfonso Davies and Joshua Kimmich that offer them destructive attacking prowess.

The pair have assisted three goals each from the fullback positions, with Kimmich’s threatening dead-ball delivery and Davies’ ability to beat a player crucial to Bayern’s success. The extra width provided by the pair opens up spaces for third-man runs from midfield from the likes of Muller and Goretzka which can cause real problems for PSG.

Finally, if you needed more convincing that this Bayern team are the real deal, look no further than Spanish playmaker Thiago Alcantara. With Verratti and Gueye doubtful for PSG, Thiago could have the run of the midfield in what could be his last game for the German club, with speculation increasing about a move to Liverpool this summer.

There are few players more pleasing on the eye than Thiago and with Bayern’s firepower up front, they have just the man in behind to get the best of their endless attacking options. 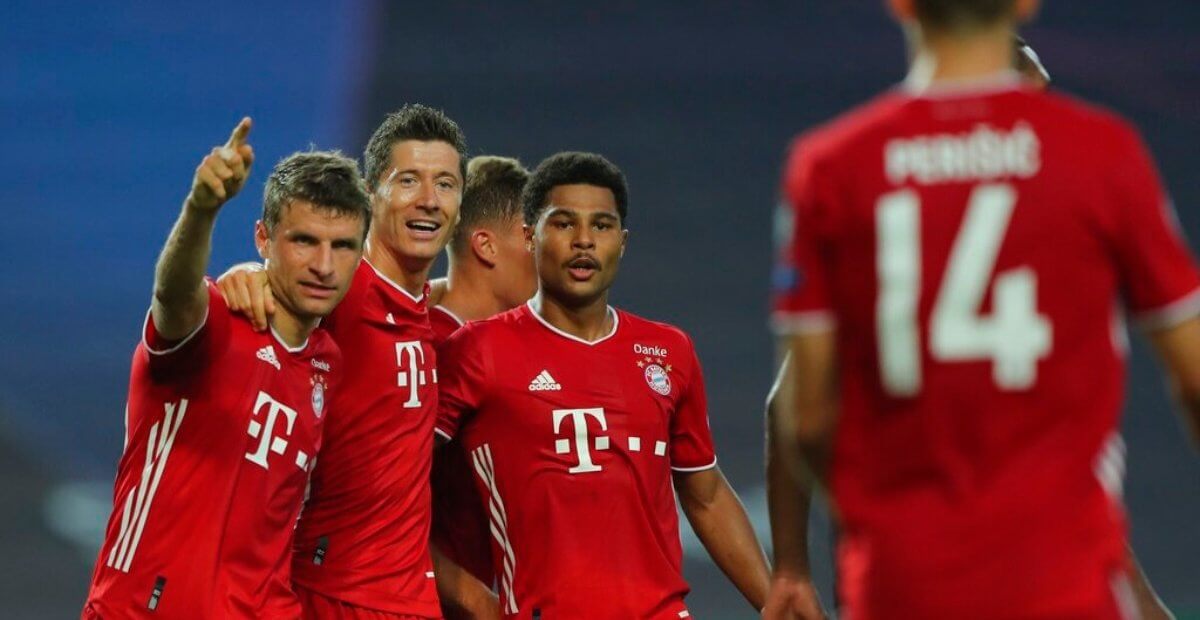 The case for PSG, by not-Head of Football Rory Fairfax

It’s hard to imagine another team who have spent so much money to reach their first Champions League Final, because there is none. Their starting line-up cost the club 700 million Euros in transfer fees.

First things first, while this is a pro-PSG argument, let’s get things straight. If these teams were to play each other over a number of occasions, Bayern would likely come out on top more times than PSG. This is reflected in their short price.

This isn’t just any game in a sequence, though. The stakes are as high as ever and, despite Bayern’s credentials, there is a lot going for the Parisians.

Despite Robert “Lewan-goal-ski’s” outrageous form, Neymar is the more complete player. He takes a lot of flak for showboating on and off the field, but his big-game mentality is unrivalled. Two champions league performance spring to mind. The first, when he scored twice and assisted a third, all in the last five minutes, to complete the 6-1 comeback against PSG for Barcelona was breath-taking.

The second came last week. With PSG on their knees in the dying embers of the tie against Atalanta, he took the bull by the horns and was the catalyst for their two late goals. The saying goes “big players decide big games”. This tie is made for the Brazilian. While PSG have never reached this final before, Neymar has, and that will give them a huge psychological boost.

Then you have Kylian MBappe, the first teenager since Pele to score in a World Cup Final. He is widely regarded as the heir to Messi and Ronaldo and has formed a strong bond with Neymar. Together, they have helped PSG to win all four trophies facing them this season. The Champions League would be number five. PSG have also scored in all but one of their last 39 matches.

Tactically, against Barcelona and Lyon, Bayern played a very high line, allowing them to squeeze the opposition and turnover possession regularly. This model, while very successful, allowed both teams plenty of chances in the early stages of the games.

Had some of those chances been taken, especially in the Lyon game, the results might have been in jeopardy. Boateng could be exposed by long balls when Kimmich and Davies push further up the pitch.

Finally, this match means more to PSG than Bayern. The pressure on everyone in the club to get to this stage has been extraordinary. If these players have the right mentality, they will channel this positively.

They are underdogs, too. Thomas Tuchel, having beaten Bayern as both Mainz and Dortmund manager, knows how to get the best out of his players and engulf a club in that underdog mentality. Let’s find out if the most expensive team in history are humble enough to embrace that.