Gareth Southgate went from zero to hero this week, being ridiculed for impressively managing to fit 3 right backs into one starting 11 against Belgium, only to be hailed a tactical genius 90 minutes later when they all had a great game and contributed to a 2-1 win for the Three Lions. However, Gareth’s eyes, alongside all of ours, will be back on the Premier League this weekend, which treats us to some brilliant fixtures.

Whilst off the pitch controversy looms around Project Big Picture and its attempts to place much of the power in the hands of the so called ‘Top Six’, results on the pitch have certainly not been dictated by these teams, with two in particular embarrassed in their last outing. Hoping to continue one of the most intriguing starts to a Premier League season in many years, here the best fixtures of the weekend will be previewed, alongside some specials that could well be worth a punt. 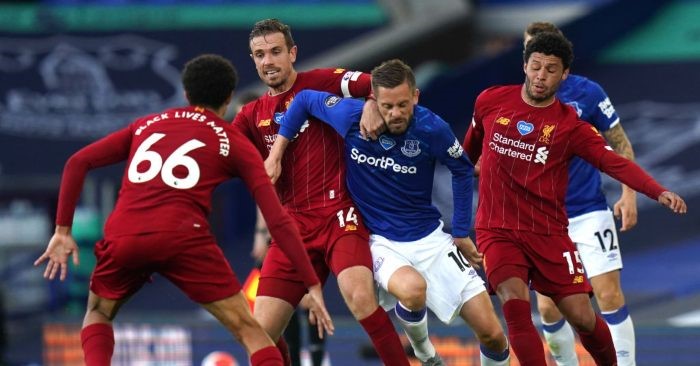 With the city of Liverpool edging closer to a lockdown, one thing that also won’t be leaving the area this weekend is the Premier League points on offer during Saturday’s Merseyside derby. Everton seem to keep going from strength to strength, sitting at the top of the Premier League with 4 played, however Saturday will see a different level of test at the hands of their wounded rivals. Dominic Calvert-Lewin celebrated his September Player of the Month award by scoring on his England debut last week against Wales, and with Richarlison and James Rodriguez sure to also threaten, Everton will be determined to back them up defensively and keep their first clean sheet in 3 games.

Meanwhile, Liverpool had an absolute nightmare before the international break, as they were thrashed 7-2 by Aston Villa, in what was one of the stranger results of the weekend. The Champions will be boosted by the return of Thiago Alcantara and Sadio Mane, both of whom had picked up a certain virus and missed the debacle of Villa Park; but they will still be without goalkeeper Alisson, with stand-in Adrian presumably not brimming with confidence after shipping 7. Although overshadowed, Mo Salah did score a brace to put him hot on the tail of the Toffees’ DCL in the goalscoring charts, with both looking to add more in what promises to be a feisty affair in the early kick off.

Poetically, it will be exactly 10 years to the day that Everton last beat Liverpool in the Premier League when the two meet on Saturday, and given the positive start Carlo Ancelotti’s side have made this season, there may be no better time to break this poor derby record. 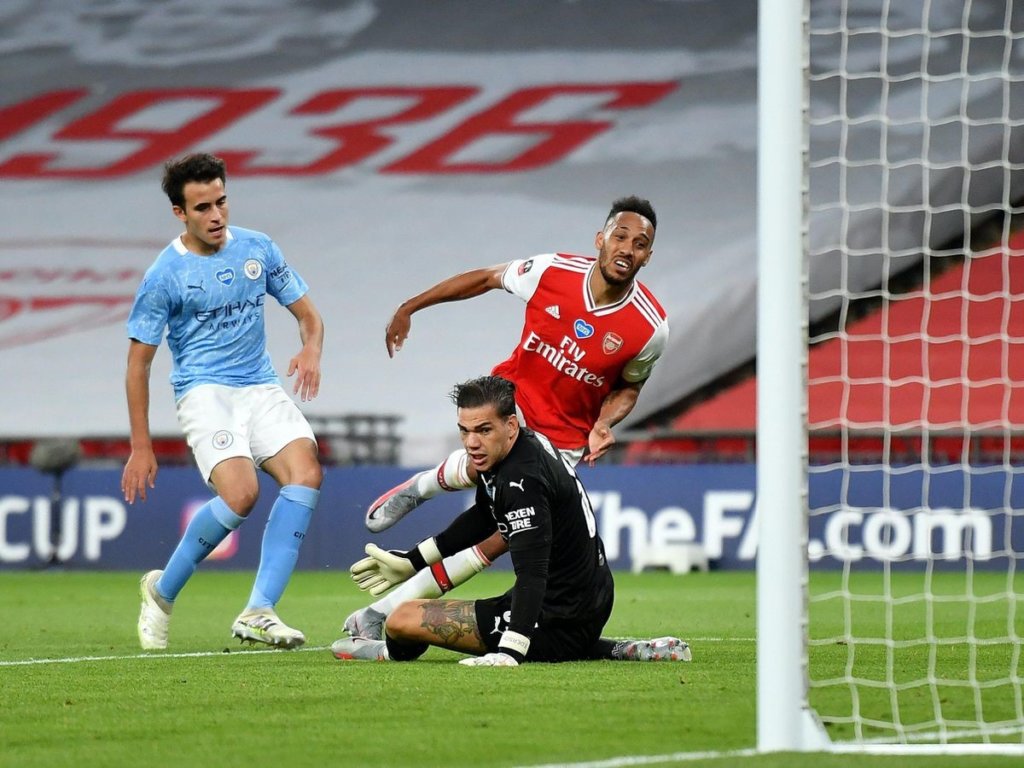 Saturday’s 5:30 kick off sees Mikel Arteta return to the Etihad Stadium to face ex-mentor Pep Guardiola, whose side uncharacteristically find themselves in the bottom half of the table. Late fitness tests will be needed for Raheem Sterling and Kevin De Bruyne, who both dropped out of their national sides this international break, and, if failed, City will need to look to the likes of Riyad Mahrez to spearhead the sides attack. Guardiola will also be hoping Ruben Dias and Aymeric Laporte can begin to form a solid centre back partnership City have been crying out for.

Meanwhile, visitors Arsenal have been progressing nicely under Arteta, securing a 2-1 win over Sheffield United in their last game, boosting them up to 4th in the table. Despite the heart-breaking sacking of Gunnersaurus, Arsenal did see some joy on transfer deadline day by finalising their long-term £45 million pursuit of Atletico Madrid’s Thomas Partey, who will be expected to feature this Saturday. The last clash between these two sides saw a Pierre-Emerick Aubameyang masterclass as Arsenal beat Man City in the FA Cup semi-final, and with City short of confidence, Arsenal’s large price could tempt punters. 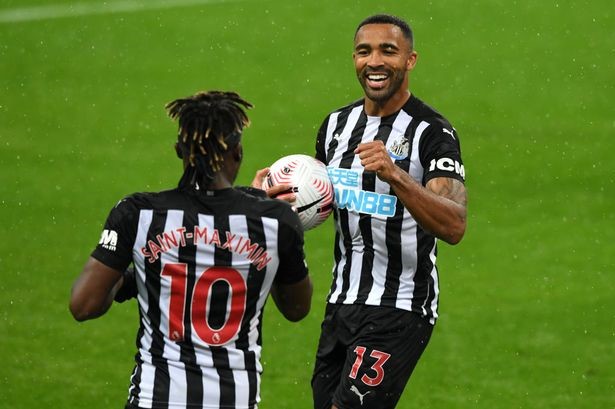 Newcastle will host Man United in Saturday’s evening kick off, with the two sides coming off very different levels of performance in their last game. Newcastle outclassed Burnley thanks to a stunning display from Allan Saint-Maximin, who backed up his confidence off-the-pitch with a goal and assist on it. Similarly, Callum Wilson impressed, bagging a brace to take his season’s goal tally to 4, with the two being instrumental in providing the Magpies with an exciting strike force that has often been lacking at St James’ Park for many years now.

On the other hand, it is clear Man United are struggling, and the critics are out after a woeful performance in a crushing 6-1 defeat to Tottenham last time out. Ole Gunnar Solskjær will be hoping deadline day signing Alex Telles can help to fix his side’s defensive frailties as pressure continues to grow on him, but other new signing Edison Cavani will not be available to make his debut this weekend. With Anthony Martial also missing due to suspension, Marcus Rashford will aim to top off a great week with a goal, having already scored for England against Belgium and being awarded an MBE for his extremely honourable efforts in tackling child food poverty. 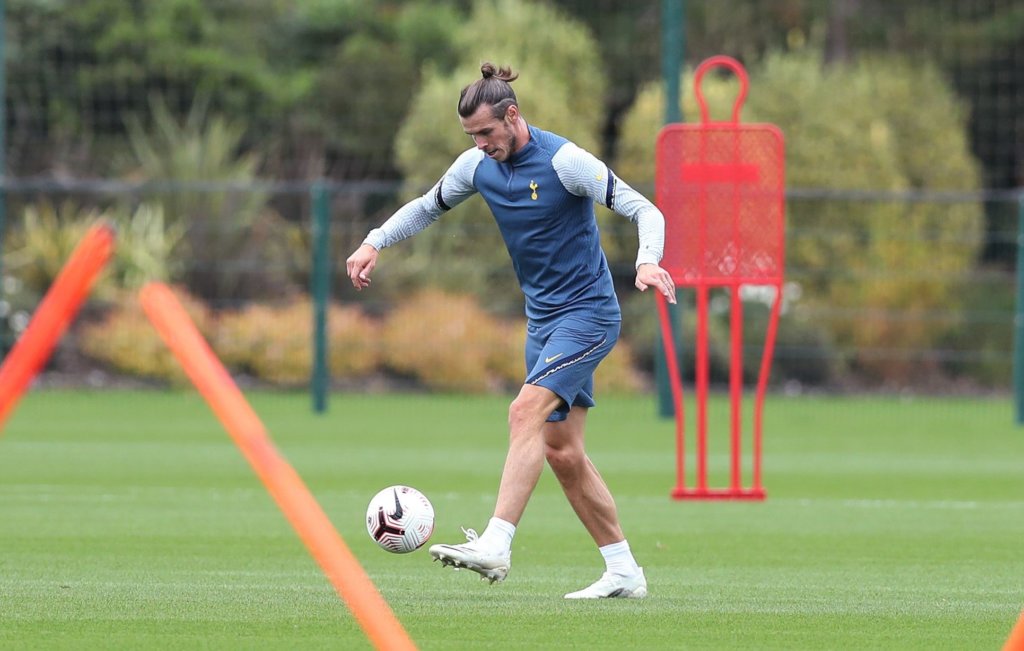 Gareth Bale’s Premier League return could finally be upon us after 7 years on Sunday afternoon as Spurs host the Hammers in a London derby. The Welshman has been looking very sharp in released training footage and joins the red-hot duo of Harry Kane and Son Heung-Min, providing Tottenham with one of the league’s most exciting front lines. The Tottenham manager has laughed off suggestions of his defensive nature in typical Mourinho fashion, pointing to the fact his side have scored 13 goals in their last 2 games in all competitions, a pattern they’ll hope to continue against West Ham this weekend.

However, getting one over West Ham will not be straight forward, with David Moyes’ side brimming with confidence after conceding 0 and scoring 7 in their last two games. Jarrod Bowen and Michail Antonio provide great pace and power on the break, which helped them cruise to an impressive 3-0 win away at Leicester in their last outing. West Ham will be looking to improve their record against Tottenham having won just 1 of the last 6 clashes, but will be wary of the return of a certain winger who, if history is to go by, does enjoy playing against the Hammers.