The Premier League’s opening three weekends have certainly not been without any controversy. The handball rule has never been so unclear, and VAR is seeming to consistently hog the limelight in as many games as it can. This VAR circus has almost overshadowed the fact that supporters, albeit from home, have been treated to some very entertaining and high-scoring games so far.

Whilst of course the decision system has had an impact on the increase in goals, giving out a staggering 20 penalties in the first 28 games, these opening matches have accumulated 103 goals in total, creating an average of well over 3.5 goals per game. This makes for interesting reading for punters who enjoy the over/under goals market, and here some of the most intriguing Premier League ties of the weekend will be previewed, along with some suggestions to take advantage of the frantic start to the Premier League season. 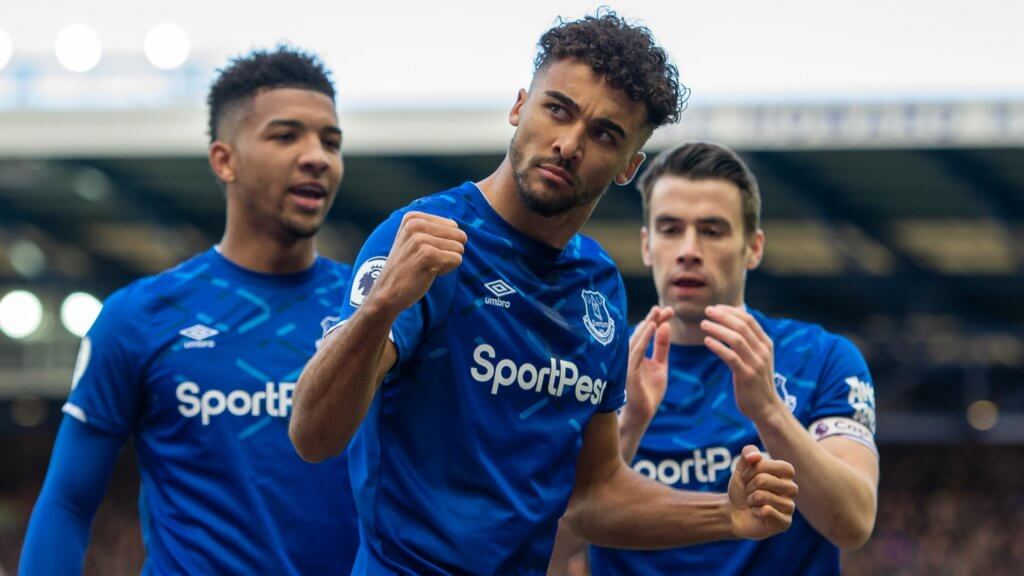 Saturday’s 3pm kick-off sees Everton host Brighton in what should be an exciting match-up, with both sides looking promising so far. Everton have made an excellent start to the season, continuing their 100% record in a 2-1 win over Crystal Palace last weekend. Although last week’s win was helped by one of the many dodgy VAR handball penalties, Richarlison made no mistake from the spot to open his account for the season, whilst Dominic Calvert-Lewin bagged again, showing no signs of slowing down as he fired himself to top of the Premier League scorers chart. Everton’s new signings seem to have revitalised the Toffees and if consistency in their performances are seen, they could be well in the hunt for European places this season.

Meanwhile, Brighton have not been handed much luck during their opening games and will consider themselves hard done by to have only taken 3 points from a possible 9 so far. Neal Maupay improved his promising form with another goal against Manchester United, however the striker’s afternoon took a turn for the worse as he handled the ball in the dying seconds to see United snatch a 3-2 win from the penalty spot. While Donny van de Beek’s agent’s claim that Brighton should have beaten Man United 7-1 seems a touch extreme, Brighton will have certainly been disappointed to leave with nothing and will be determined to pick up points at Goodison Park on Saturday.

With both sides racking up an impressive 14 goals between them in their first 3 games, this match promises goals and should lead to a competitive battle.

SPECIALS
Over 3.5 goals and Richarlison to score anytime @ 15/4
Neal Maupay and Dominic Calvert-Lewin both to score @ 6/1
Everton to finish in the top 4 @ 4/1 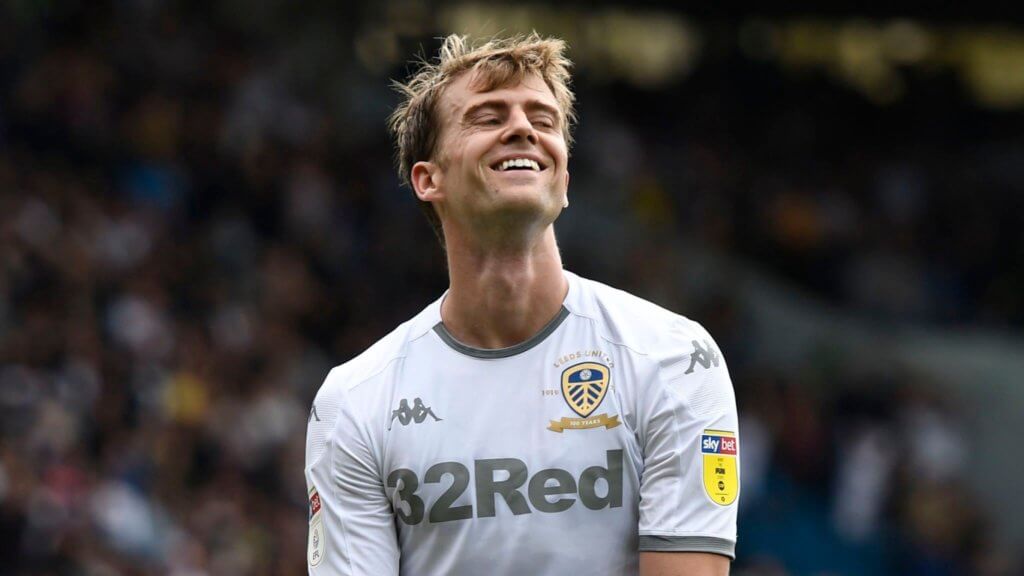 Saturday also provides a mouth-watering fixture at Elland Road, which sees Man City travel to loose cannons Leeds United. The visitors will have all eyes on them this weekend after being demolished 5-2 by Leicester City on Sunday; the first time Pep Guardiola has conceded 5 in the league in his whole managerial career. City’s defensive woes were evident at the Etihad with 3 penalties conceded, amazingly none via handball, and whilst Pep will be buoyed by the confirmation of the £65 million signing of Benfica captain Ruben Dias, his side need to tighten up at the back if they are going to rival Liverpool to the title. In Aguero and Jesus’ absence, the pressure is on Raheem Sterling to deliver, and the English International might fancy his chances against an unpredictable Leeds defence this Saturday after scoring a couple midweek against Burnley in the Carabao Cup last 16.

The hosts on the other hand come off the back of their second straight Premier League victory, with Patrick Bamford’s 88th minute header enough to take all 3 points at Bramall Lane. Followers of the Fitzdares Times were provided the goods last week as the Bamford to score first special came in within the dying minutes, and the striker may fancy his chances of scoring in his fourth successive game against a nervy City backline. The last time these two sides met in the Premier League was way back in 2004, with Leeds coming away 2-1 winners, however Marco Bielsa’s will meet a very different Manchester City 16 years later, and one with a point to prove after their last performance. 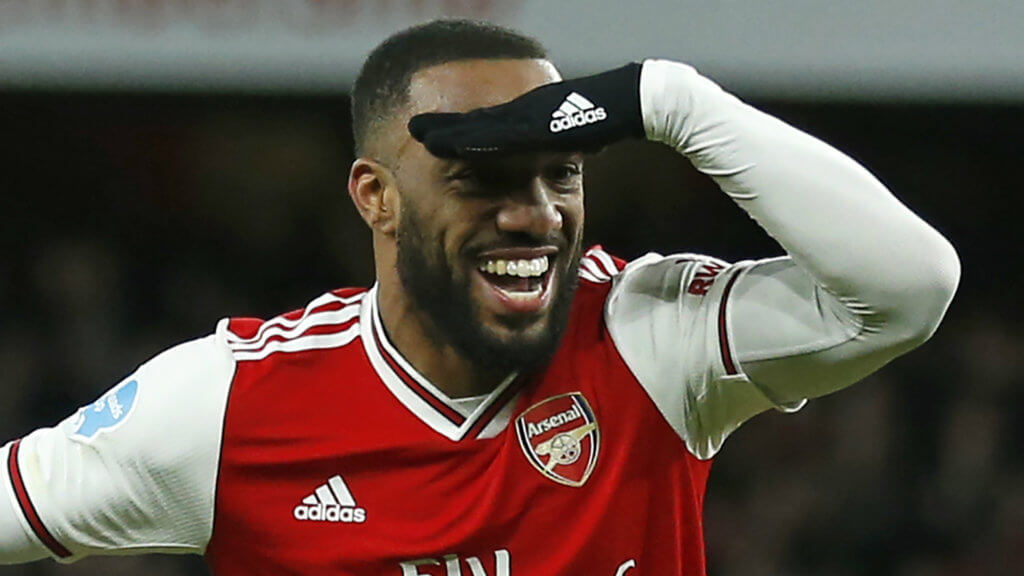 On Sunday, the Gunners host the Blades in an affair that will hopefully be less violent than the nicknames suggest. Despite taking the lead at Anfield on Monday, Arsenal were beaten 3-1 by Liverpool, but Mikel Arteta will be desperate to return to winning ways with Champions League rivals slipping up around them. Alexandre Lacazette squandered a late chance to equalise against Liverpool, however the Frenchmen’s link up with Willian and Pierre-Emerick Aubameyang do leave Arsenal with firepower up front.

Sheffield United on the other hand find themselves in trouble, sitting in 19th place in the league table, with Chris Wilder’s team representing the only side yet to score a goal this season. Pressure will begin to build on the likes of Oliver McBurnie and David McGoldrick should this drought continue, but their trip to the Emirates could seem a daunting one. Nevertheless, Sheffield United have had success against Arsenal, after taking 4 points from a possible 6 last season, and will be hoping to continue this record into Sunday.

Jose Mourinho will return to Old Trafford on Sunday as his side face Manchester United in one of the highlights of the weekend. The visitors played well and deserved the 3 points against Newcastle last Sunday, however a baffling VAR handball in the 96 minute saw Tottenham drop 2 points, a draw that was further soured by the injury of Son Heung-Min, who will miss out. Spurs will come into Sunday with confidence, having progressed to the Carabao Cup quarter finals by beating Chelsea on penalties, and they will hope Eric Dier lasts the full 90 minutes without a toilet break this time after entertainingly abandoning the pitch for a pit stop with 10 minutes to go against Chelsea on Tuesday.

Sunday also represents a crucial game for Manchester United, who have started the new season a little less impressively than they finished last season. United did manage to react to their opening loss with a 3-2 victory over Brighton, however the performance from Ole Gunnar Solskjær’s side wouldn’t full fans with confidence, with many believing they were bailed out by the VAR penalty decision in the 100th minute. One who wasn’t complaining with the VAR decision however was Bruno Fernandes, who confidently dispatched the spot-kick, with the Portuguese playmaker now representing an interesting goal scoring threat from open play and set pieces.

Sunday promises to be a fascinating affair, emphasised by the side’s head-to-head records, where the last 7 Premier League fixtures have seen 3 wins for each side and one stalemate. The league’s goal rush will be expected to continue in this game between two sides that have seen a combined 19 goals scored in their opening 5 matches.