The Premier League returns this weekend after the International Break, which saw England’s hopes of progressing to another Nations League finals crushed by Belgium. Whilst Gareth Southgate’s squad will now return to their clubs disappointed, a few will also return a little less fit than they left, with Joe Gomez’s season likely to be over after a freak training injury, as if one knee issue wasn’t enough for Liverpool Centre Backs. With Trent Alexander-Arnold also out for around a month with a calf injury, Liverpool’s defence has been left exposed.

Liverpool’s injury woes have blown the Title Race wide open, with Jürgen Klopp starting to experience injury issues typical of Man City over the last few years. To add further insult to injury, it can’t help that one of his few remaining stars picked up coronavirus at a wedding in Egypt and will miss this weekend. Elsewhere, Tottenham begin their very tough run of fixtures, Frank Lampard will look to break his Chelsea side into the top 4, and Wolves face high flying Southampton in an exciting fixture to round off the weekend. 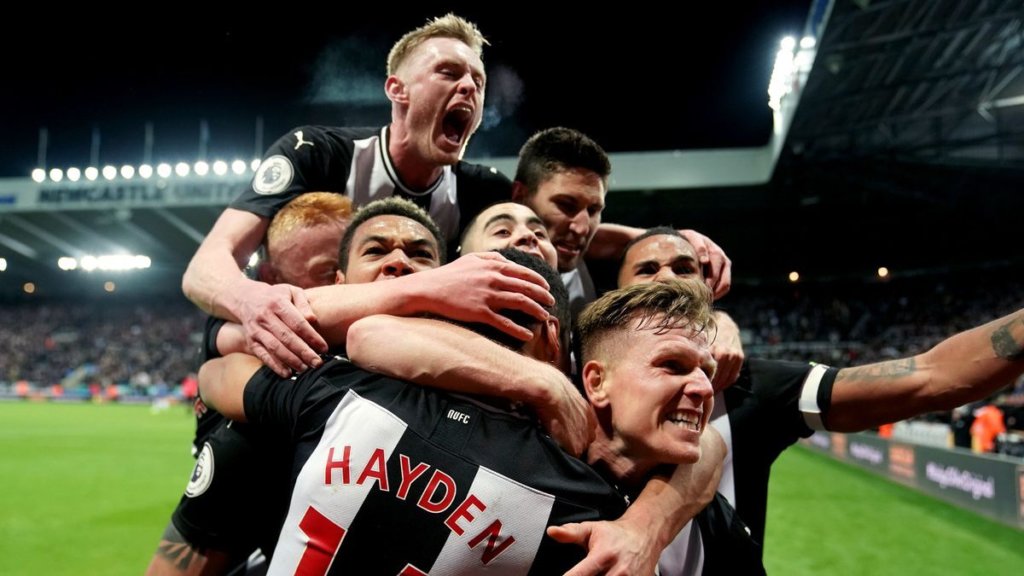 It seems one step forward is always met with two steps back for Newcastle fans, with the Magpies unable to build on their Everton victory, losing 2-0 to Southampton in their last outing. Whilst Steve Bruce’s side do sit a healthy 8 points off the relegation zone, they’ll be hopeful of picking up points early into the season and avoid getting dragged into a relegation battle. Callum Wilson will undergo a late fitness test after a hamstring fear against the Saints, leaving pressure on the eccentric Allan Saint-Maximin to lead the attack. Jonjo Shelvey and Ryan Fraser will also miss out.

Chelsea came from behind to beat Sheffield United 4-1 in their last outing, with Timo Werner scoring again to make it 5 goals in his last 4 games for Chelsea. However, it was Hakim Ziyech that stole the show, with the Moroccan dictating play with his wand of a left foot, and looks set to form an important part of Frank Lampard’s side. Ben Chilwell and Christian Pulisic are expected to be fit, and Kai Havertz will hope to return from self-isolation to partner Werner, with the Germans hoping for a kinder result than the embarrassment they got from Spain this international break.

SPECIALS
Hakim Ziyech to score and Chelsea to win @ 3/1
Allan Saint-Maximin to score and over 2.5 goals @ 7/1 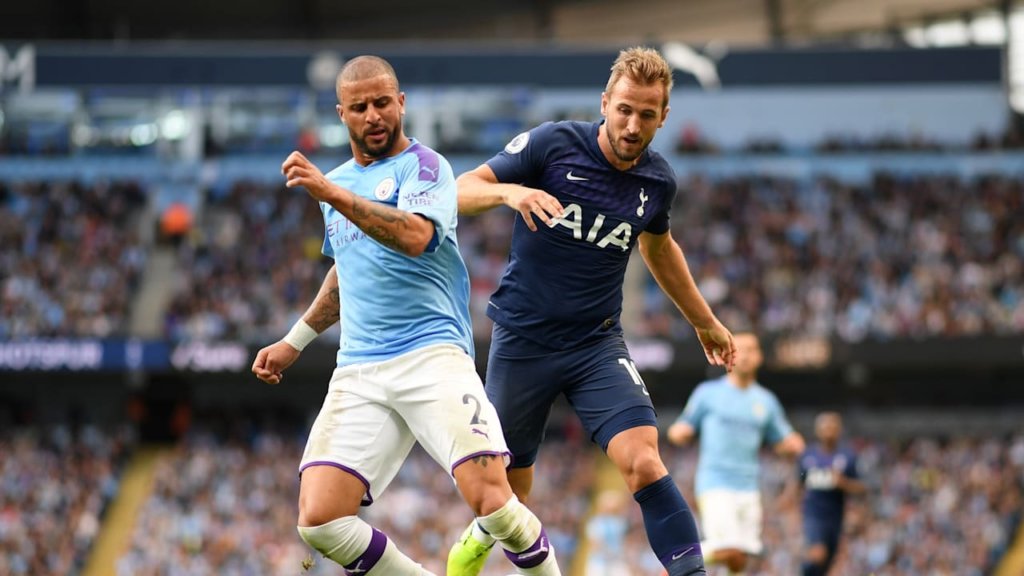 We should find out a lot about Tottenham over the coming weeks, with Jose Mourinho’s side facing 6 of last year’s Top 8 across their next 7 Premier League games. Nevertheless, Spurs will head into the period with confidence, sitting in 2nd place after Harry Kane’s 88th minute header was enough to snatch all 3 points away at West Brom last time out. The league’s joint top scorer Heung-Min Son amazingly hasn’t scored or assisted for over 180 Premier League minutes, which seems like an age given his form this season, however the South Korean does enjoy playing against Man City, finding the net 4 times in his last 5 appearances against Pep Guardiola’s team.

Man City still sit nowhere near the top of the table in 10th place, and will be desperate to pick up some form as soon as possible. Kevin De Bruyne was unable to convert his penalty in City’s 1-1 draw to Champions Liverpool before the International break, and whilst this will be seen as an opportunity missed, they did well to get back into the game after a poor start. New recruit Ruben Dias looks promising at centre back, and Dias, as well as De Bruyne and Phil Foden all scored in wins for their country’s during the break, with the latter looking classy against Iceland as he netted twice for England in just his 3rd cap.

SPECIALS
Heung-Min Son to score and over 2.5 goals @ 7/2
Harry Kane and Raheem Sterling both to score @ 5/1 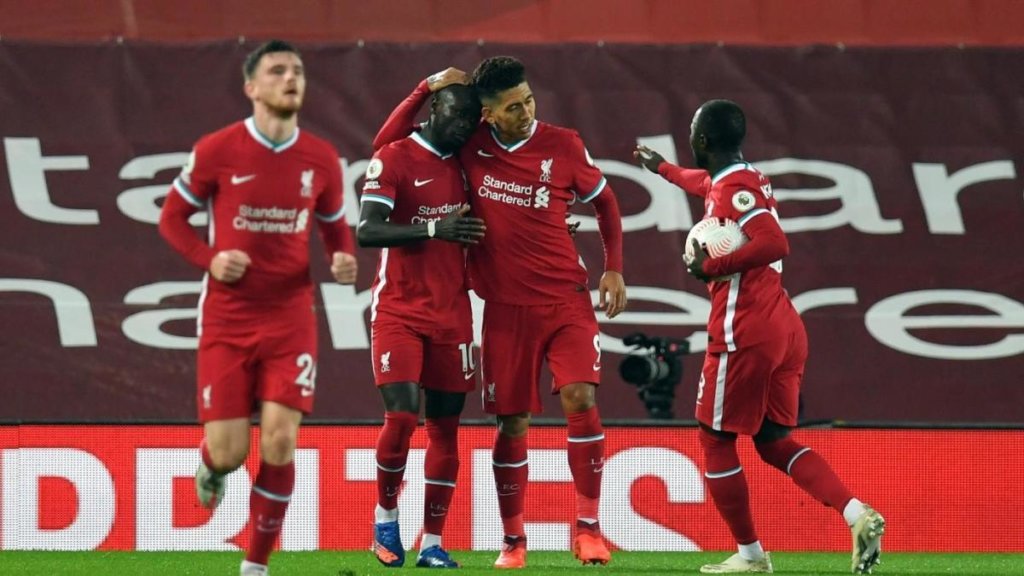 Liverpool’s injury woes have already been well discussed, and what is likely to be a makeshift defence will be immediately tested against the counter-attacking Leicester this Sunday. With Joel Matip the only recognised first-team centre back, Fabinho will be likely to join him in defence, and up top, more pressure will be on the in-form Diogo Jota to support Sadio Mane, with Mo Salah missing out. Liverpool last loss at home was 63 matches ago in April 2017, but could ex-manager Brendan Rodgers be the one to break this record, with Liverpool looking more vulnerable than ever?

Leicester are flying in 1st place, and have overcome a tricky period seeing 2 defeats with impressive wins against Arsenal, Leeds and Wolves. Jamie Vardy is simply showing no signs of slowing, scoring in each of his last 3 Premier League games, which has fired him to joint top in the goal scoring charts with 8 this season. Leicester have not been short of defensive problems themselves, playing without key defenders Ricardo Pereira and Caglar Soyuncu, however the Foxes still have the joint best defensive record in the league, and will be optimistic to pick up their first league win against Liverpool in 7 matches.

Wolves have made a decent start to this season, sitting in 9th place, but their 4-game unbeaten run was ended in their last game as they lost 1-0 to Leicester. Despite having the joint best defensive record in the league, Nuno may be slightly concerned that his side have only scored 8 goals this season, the least from any team outside the bottom 4. Raul Jimenez is without doubt a threat however, and will look to build on his 4 goals so far, with Daniel Podence and Pedro Neto offering support from the wide areas.

Meanwhile, Southampton were top of the table, albeit briefly, last gameweek for the first time in 32 years, capping off an incredible turnaround from Ralph Hasenhüttl, after his days looked numbered following an infamous 9-0 home defeat to Leicester just over a year ago. Southampton beat Newcastle 2-0 to extend their unbeaten league run to 6 matches, with Che Adams and Stuart Armstrong stepping up in Danny Ings’ absence. However, their back line might have a tough battle on Monday, as Jimenez has enjoyed previous success against the Saints, scoring 3 times over the two fixtures last season.

Spurred on to the title?

Can he stir his new-look side to glory?