It’s Sod’s Law that the one week a journeyman who has failed to score in 232 attempts manages to hold it all together for the first time is the week he consigns your 14-1 punt to second place.

That’s what happened when 80-1 shot Jason Kokrak conquered his demons to beat Xander Schauffele entirely on merit in the CJ Cup in Las Vegas and if anyone cracked it was Schauffele running up a bogey six near the end of a gripping debut for new PGA Tour venue Shadow Creek.

Kokrak will attempt to back up that overdue breakthrough at this week’s ZOZO Championship which, like the CJ Cup, has had to move from Asia to the USA because of Covid travel restrictions.

Tiger Woods won the inaugural ZOZO in Japan last October on his first start after yet another knee surgery two months earlier, beating local hero Hideki Matsuyama by three for the 82nd victory that equalled Sam Snead’s PGA Tour haul, set in 1965. Tiger actually played two holes with the legendary Snead when he was six.

In the tour’s first visit to Japan, he bogeyed the first three holes to give his 77 rivals a start, had to play 29 holes on Sunday because of a torrential storm that soaked the course so badly that crowds were not admitted, and had to play the last seven holes to complete the job on the Monday.

Disappointed as he will be to let down his vast army of Japanese fans, Tiger won’t be complaining about Sherwood Country Club in his home state of California being drafted in for one year only as the substitute venue.

Exclusive Sherwood hosted Tiger’s World Challenge charity event from 2000 to 2013 which he not only won five times but was runner-up on four occasions including play-off defeats by Graeme McDowell and Zach Johnson.

This is the first start for Woods since he missed the cut at the US Open six weeks ago but we know he can win after a long break as he demonstrated in Japan last October.

Backing him is obviously risky. As last year, there’s no cut so he is guaranteed four rounds but will he be fit enough to play at top level for 72 holes against an elite field featuring Jon Rahm, Justin Thomas, Rory McIlroy, Schauffele, Patrick Reed and the massively in-form Tyrrell Hatton?

Have a small bet on Tiger by all means but for the main investments take three players we know are at the top of their games, Reed, Hatton and young Joaquin Niemann.

Chilean star Niemann rewarded our each-way confidence last week by finishing sixth at a big price, Reed played a blinder for third place to Hatton at Wentworth on a short visit to the UK, and Hatton’s Las Vegas third was a truly remarkable feat.

After celebrating his Wentworth triumph and straight away embarking on a 20-hour journey to Nevada, not forgetting the eight-hour time change, he still managed to produce plenty of magic.

Hatton has already broken through in the States this year, at Bay Hill, and his chances have improved with the sad news that world No. 1 Dustin Johnson, who had to pull out last week in Las Vegas after testing positive for coronavirus, is not ready to return.

McIlroy had another disappointing week at Shadow Creek and has done little to merit his short price but Sherwood, short for a par 72 at just over 7,000 yards, will suit him. At similar odds Thomas and Rahm hold more obvious form claims although neither had their best game with them last week.

After opening with a 74 at Shadow Creek, Bubba Watson did well to haul himself up to seventh place and has some useful course form. He is not to be ruled out, nor is Phil Mickelson who has just won his first two Champions Tour starts, great for confidence as recent main-tour efforts have not been pretty.

Schauffele, Riviera winner Adam Scott, Webb Simpson and PGA champion Collin Morikawa are four more you could argue a case for in a tough one to call

Stop Press: Aussie star Adam Scott was a late withdrawal from the ZOZ0 Championship after testing positive for coronavirus.

The Italian Open moves to a new venue, the Chervo course in Brescia, and affords the Dundee-based Frenchman Victor Perez an excellent opportunity of a second European Tour victory.

Last time out the long-hitting 28-year-old chased Tyrrell Hatton all the way at Wentworth but had to settle for second place. Winner of last year’s Dunhill Links, Perez will relish Chervo’s wide fairways and length – it’s a 7434-yard par 72.

Why Dundee? His girlfriend Abigail is a dental student there but it is more than that: Perez wanted to be in a country where golf is a way of life and reckons his game has improved for moving.

This is not a strong field and defending champion Bernd Wiesberger has shown very little of the quality that won the Austrian not only this tournament when it was held in Rome but two more, in Scotland and Denmark, in a stellar 2019.

Italy’s best chance of a home victory is Renato Paratore but he said last week he had never played Chervo, a course that’s only 11 years old.

The advantage of playing in your own country is minimised by the absence of spectators. Even so, Paratore, a huge hitter and fastest player on tour, is still worth a punt. He won the British Masters in July and was an excellent seventh at Wentworth.

Martin Kaymer and Lee Westwood, both former world number ones, head the supporting cast behind favourite Matt Wallace who blotted his copybook when blowing a three-shot lead going into Sunday.

That left Spaniard Adrian Otaegui a comfortable winner following an inspired last-round 63, having opened with a 62 on Thursday. Otaegui’s previous claim to fame – he’s the only golfer to have all five vowels in his surname!

Kaymer has posted a second and a third since the game resumed in July as well as a top-ten at Wentworth last time out but has a problem getting over the line and hasn’t won for six years.

Westwood’s 14th at the Scottish Championship was his sixth consecutive top-20 without ever looking a likely winner but, unlike Kaymer, isn’t afraid of winning as he demonstrated first time out this year in Abu Dhabi.

The Scottish was the tenth and final leg of the UK Swing, an initiative that reflected  great credit on the European Tour and the sponsors in these precarious times.

Two at 150-1 are interesting. When Matteo Manassero captured the 2013 edition of the tour’s flagship event at Wentworth at age 20, he looked certain to become a world top-ten player. It never happened.

The Italian changed his swing to get more length and suddenly found it hard even to make a cut. His putting, so brilliant in knocking out four European victories, went sour and his career went tits-up. But a win on the admittedly weak Alps Tour last month was a big enough step in the right direction to encourage a small investment.

And Chinese veteran Ashun Wu’s 16th place at St Andrews last week reminded us he is a three-time winner in Europe. He posted a sixth and 13th in early-year desert action. 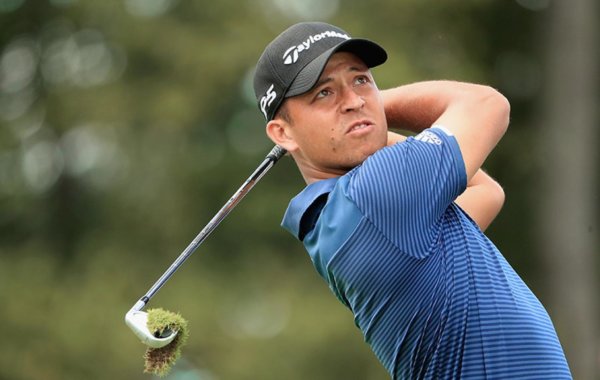 Right time to take the Mick!