Get money back as a FREE BET if your player leads after Round 3 but doesn’t go on to win! T&Cs apply.

What a weekend! Tipped Rasmus Hojgaard to win in Rome at 30/1 and his lesser-known twin brother Nicolai wins at double those odds – what happens if you simply write £10 each-way Hojgaard on your betting slip with no price? Is it a void bet or do you get half your winnings? If the latter, at whose odds as there’s no SP in golf?

Then I backed those wonderful European women to win the Solheim Cup by one point and they win by two. Who’d be a punter? At least I tipped the right winner (9/4) and our 7/1 top scorer, Leona Maguire (4.5 from 5). How many Majors is that young lady going to win?

And how could anyone watch three days of that Solheim thriller and not have a bet? So many wonderful markets on tap. So gripping was the Solheim Cup it even put the $15m FedEx Cup showdown between Patrick Cantlay and Jon Rahm in the shade.

Will that against-the-collar victory in front of an unheard-of crowd in excess of 75,000, all bar a few hundred Brits and Euros raucously rooting for the Yanks, spur our Ryder Cup men on to similar deeds at Whistling Straits?

We won’t have long to wait to find out. Labor Day turned into Hard Labor Day for the Americans who had come to celebrate a resounding home victory. They may have been outsiders but Catriona Matthew’s European heroines were having none of that.

The flagship event of the European Tour is missing big names such as Jon Rahm, Rory McIlroy, Sergio Garcia and Paul Casey but it’s still a handsome field and Fitzdares are trialling regular EIGHT places for each-way punters so get your betting boots on!

I am putting up my GREAT EIGHT in a mission-impossible attempt to fill every money-making place and topping the list with course winner Alex Noren.

The Swede played a key part in the victorious 2018 Ryder Cup side in Paris but needs a really good week to convince Captain Pod he’s the man for one of his three wild cards.

Before then, American captain Steve Stricker will have named his six wild cards for the September 24-26 match in his home state of Wisconsin.

From the Tour Championship he received very mixed messages – Patrick Reed, less than three weeks after bilateral pneumonia, is fit to play having put together four decent rounds when we cynics thought he was just pitching up to collect his $395,000 last-place prize money, but Brooks Koepka might not be able to.

Koepka had a recurrence of the wrist trouble that has marked his stop-start career after playing a shot from the rough and withdrew after two holes of his final round.

‘Captain America’ deserves one of Stricker’s six wild cards – and let’s hope he gets one. Not everybody loves Pat, but he is a good guy – young Scot Robert MacIntyre can’t speak highly enough about the help he got from the Texan over in the States.

Harrington names his three following the Wentworth climax and it will come as a shock if Garcia, who played well enough when sixth in Maryland and 14th alongside McIlroy at East Lake, and team mascot Ian Poulter are not two of them.

Noren, a ten-time winner in Europe and BMW PGA champion in 2017 when he eagled the last for a 62 to swoop past Francesco Molinari. Frankie went one better in 2018, the year the little Italian could do no wrong, Open champion too and five-from-five at the Ryder Cup.

Although Noren, 39, has yet to break his duck in the States where he’s been plying his trade for the last three years, he’s playing his best stuff now, fourth at the Northern Trust and ninth at the BMW last time out, while 16th at the Olympics was another sterling effort.

It is not as if his main rivals for that final slot are knocking it out of the park, just the opposite. Bernd Wiesberger’s jjittery double-bogey surrender in Crans was shocking, Stenson’s third there and fourth in Prague an improvement but he flattered to deceive in Rome, while Kaymer never looks comfortable in contention.

Dundee-based Frenchman Victor Perez started the year in the driving seat but hasn’t produced when it mattered. A repeat of his runner-up performance to Tyrrell Hatton at Wentworth last year might yet swing it but Noren would be my wild card.

Barring his way are two who had good weeks at the Tour Championship, US-based Norwegian Viktor Hovland and past FedEx Cup winner Billy Horschel.

Hovland ran fifth to money machine Patrick Cantlay in Atlanta and tees off here as 8/1 favourite. On his last visit to Europe, he routed the opposition in Munich in that other BMW tournament and may do so again as he knows the course (11th two years ago) but whether he merits such a short price is debatable.

Horschel, the American who finished fourth to Danny Willett in that same PGA, is at more realistic odds. Taking off their respective “handicaps” last week, he was only one worse than Hovland. This past FedEx Cup winner beat them all when landing the Dell Match Play in March following a good second at the WGC Workday bonanza in Florida a month earlier.

I could not put you off either but defending champion Hatton is probably easier to swerve as he’s been having a relatively thin time after starting the year with a bang, winning first time out in Abu Dhabi. Having missed the cut in the last two Majors and on his latest outing, Hatton could do with a confidence-booster for the Ryder battles ahead.

On a course that suits, he may get one this week but preference is for the South Africans who have no hard Ryder to worry about. Christiaan Bezuidenhout shared third spot with Noren in 2018 and warmed up with a similar finish in the Korn Ferry Championship on Sunday.

This is tougher of course but I like his steady game and his chances, while compatriots Branden Grace and young lefty Garrick Higgo are also hard to ignore. Aussie ace Adam Scott pays a rare visit to Britain. His long, straight driving will reap dividends on the tree-lined Burma Road course, a 7267-yard par 72 with five really tough par fours and four par fives, two of which are eagle territory.

While Tommy Fleetwood’s second in Italy was the closest he’s got in a moderate year, it was still disappointing he could not get past inexperienced Nicolai Hojgaard after starting the final round only one adrift. His confidence is not what it was.

Best of those who have already stated their Ryder case could well be Shane Lowry. The burly Irishman’s game has been in good nick for a good while and Wentworth form (runner-up to McIlroy in 2014 and 13-11-15-6 the last four  visits) is solid.

In his 49th year, Bland has found new confidence after finally ending a run of 477 defeats at the British Masters. Sunday’s fifth in Rome would have been a 15th before his fairytale breakthrough and his neat-and-tidy game suits Wentworth where staying out of the trees is key.

If you’re looking for a big outsider – and there have been a fair number of three-figure winners, not least 500/1 shots Scott Drummond and Simon Khan – 125/1 Scot Richie Ramsay often plays Wentworth well and at 250/1 you can be brave/foolhardy/mad and risk a quid on former world No. 1 Luke Donald, now world No. 919.

That’s the same Luke Donald who won back-to-back at Wentworth in 2011-12 and would have been three in a row if he had not carved his drive into the jungle at the infamous 610-yard 71st in 2010. Just two bits of encouraging 2021 form from the 43-year-old version, 13th at the Nelson in May and 16th at the 3M in July, but you just never know with golf … 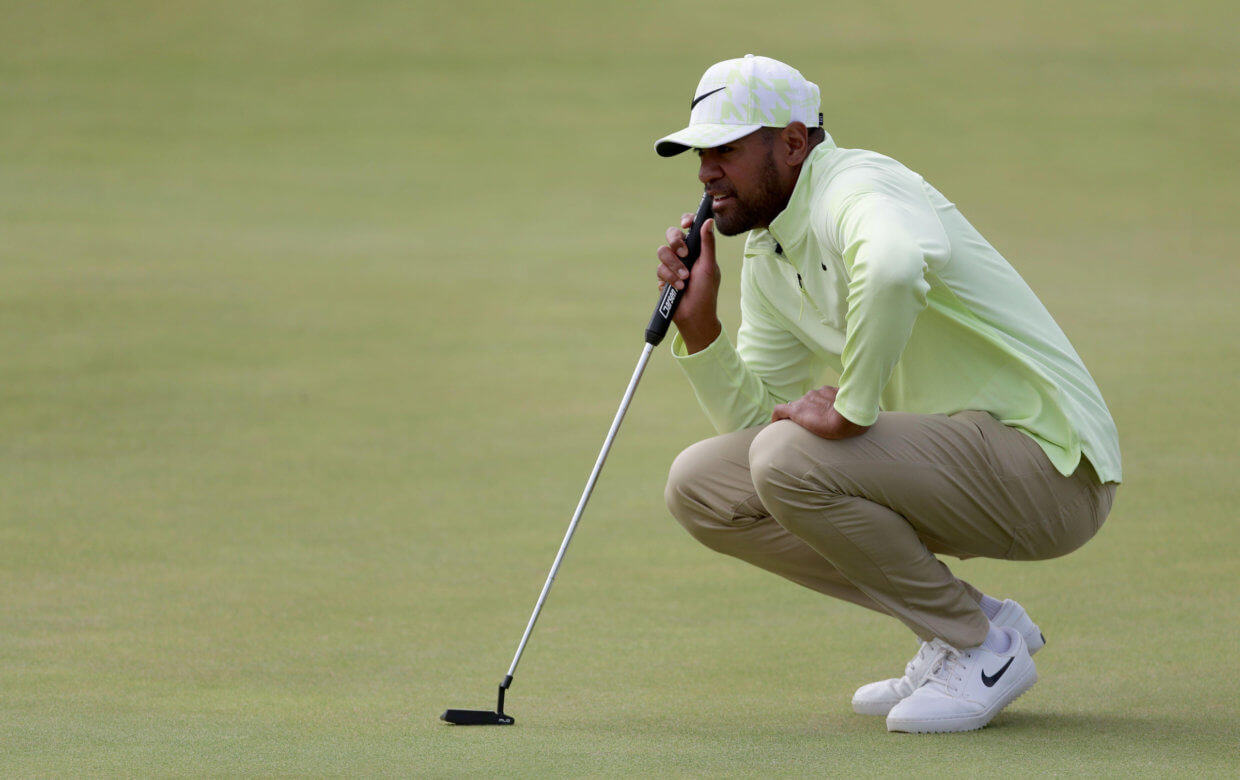 Welcome to golf’s Grand National! The third running of the Tour Championship as a handicap will confuse punters even more than Aintree’s annual puzzle but someone out of the 30 qualifiers for this FedEx Cup finale is weighted to win it. The question is: Who? 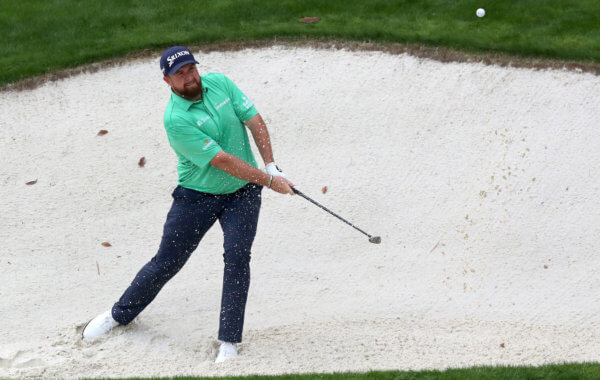 Lowry to give Europe a Ryder Cup lift 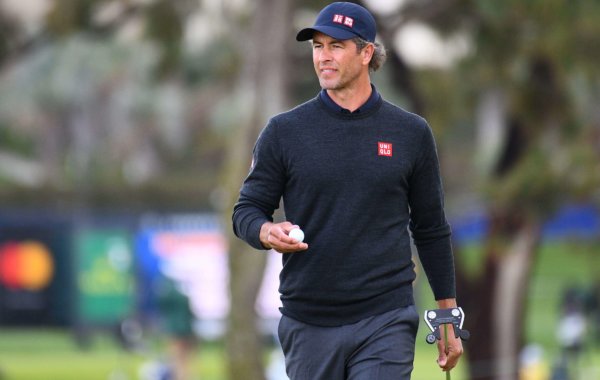