You have to go back to 1954 to track down the last Canadian winner of their national Open but don’t be surprised if that 68-year wait ends on Sunday.

With marquee names like Masters hero Scottie Scheffler and PGA champion Justin Thomas heading the cast it’s going to be hellish difficult but in Corey Conners and Adam Hadwin, the pick of 21 Canadians in the line-up, the home side has two established winners capable of pulling off an upset.

Since the long-forgotten Pat Fletcher’s lone triumph in 1954 there have been contenders, not least the 2003 Masters winner Mike Weir, who botched it in 2004, surrendering to Vijay Singh in a play-off after spurning a handful of chances.

This is the Canadian Open’s belated return to the fold after being the only PGA tournament to miss both 2020 and 2021 because of the pandemic and it’s being played at the St George’s Golf & Country Club at Etobicoke, ten miles from Toronto.

Courtesy of Covid, Rory McIlroy has unexpectedly enjoyed three years as champion – he won by seven at Hamilton in 2019 – and if taking a similar shine to this 7079-yard par 70 he will be hard to beat.

That’s a big ‘if’ and his chance would be rated higher if he had been returning to the course he brought to its knees, shooting a last-day 61 for a record-breaking 22-under 258 total. His closest pursuers Shane Lowry and Webb Simpson were wiped out by seven in a riot of birdies and eagles.

The challenge is very different from Muirfield Village where he again flattered to deceive. After saying he was working on a less aggressive approach with safer iron shots to 20ft instead of taking on flags and ending up in bunkers or clingy rough, over 72 holes there were still 11 bogeys and three doubles. So what’s changed, Rory?

Players face a long-standing course with uneven fairway lies, thick rough and undulating greens and as the last Canadian Open there was 12 years ago – the Canadians like moving the national Open around – this week’s layout will be new to most.

We had a European winner there last time in Sweden’s Carl Pettersson (now a US citizen) whose third round of 60 put this lethal putter in the driving seat and he just about stayed there.

The other four St George’s Opens – Australian Joe Kirkwood won the first in 1933 – are too far back in time to be an aid to winner-finding but the roll of honour suggests a hot flat stick, rather than a 320-yard driver, is the most important club in the bag.

Local heroes Conners and Hadwin will be under pressure from a success-starved crowd to end the drought. Sometimes extra pressure inspires, sometimes it goes the other way. They both know how to win although in Conners’ case the feeling is that he’s so talented he should have won more than once by now.

Both have strong current credentials, Hadwin with top-tens at Sawgrass, the Valspar and Texas Open, Conners as a Match Play semi-finalist and Masters sixth.

Their impressive form comes right up to date with Hadwin’s 13th and Conners’ 18th on Sunday but whether they can withstand the might of Thomas and two close pals in Scheffler and Sam Burns who have won seven times between them since October is another matter.

This will be a Canadian debut for Scheffler and Burns while Thomas’s 20th behind McIlroy in 2019 takes us nowhere as that was on another course.

With Burns pipping Scheffler in a Colonial play-off only two weekends ago we know they are in form and Thomas’s smash-and-grab victory from eight off the pace at Southern Hills is just as unbelievable today as it was when it happened.

Players champion Cam Smith let his supporters down badly with a disastrous final round 77 at Jack’s Place that saw him slumping from serious contender to also-ran.

This shorter, fiddlier test will probably suit the Aussie better as nobody reads greens better or putts them with more confidence. One bad day at the office, particularly on a course he had always struggled with in the past, is not a good reason to desert him.

With only one week to go before the US Open at Brookline, a European triumph would be timely after the downbeat Memorial efforts of main flag-bearers Jon Rahm and McIlroy and Matt Fitzpatrick’s meek surrender of a winning opportunity at majors level in the PGA two weeks earlier.

Lowry, runner-up to his pal Rory in the 2019 Canadian Open, and Tyrrell Hatton are proving expensive to follow but at least the bluff Irishman keeps threatening to win. It is high time he put a second W on his American CV.

Best outsider could be Sahith Theegala whose top-five finish at Memorial was not the first time he has caught the eye. This gentle giant almost broke through when third at Phoenix and he posted another good show at the Valspar. Three top-tens and counting in his first full year on tour is good going.

It’s going to be pleasantly warm in Ontario with early-week rain softening the course and more to come, though nothing (hopefully) severe enough to halt play.

Sandwiched between two majors, the USPGA Championship and US Open, and far away from the mega-bucks Saudi-financed rebel tour premiere at St Albans comes something different – the Scandinavian Mixed in Sweden, now in its second year.

A field of 156 (78 men, 78 women) playing the same tournament for the same money ($2m) from their respective tees, at Halmstad in a venue change from last year when Johnny Caldwell and Adrian Otaegui made it a one-two for the guys and Alice Hewson hoisted the flag for the gals in third.

With arguably the greatest female golfer of all time, the ultra-competitive Annika Sorenstam, as co-host, revenge could be in the air and in Pia Babnik and top Swede Maja Stark they have two go-getting youngsters who won’t be afraid of winning.

Babnik, known as the Slovenian Superstar, is only 18 but won two out of three on the LET circuit and is now making waves on the stronger LPGA circuit, placing third in the Chevron. More high finishes in Europe since have underlined just how precociously gifted she is.

Stark has home advantage, was a double LET winner last campaign and made it a hat-trick at the NSW Open in Australia earlier this year. When still an amateur, she played brilliantly in two US Opens.

Another Swedish 22-year-old, Linn Grant, has won two from five LET starts this year and also has a big future, as does star Swedish amateur Ingrid Lindblad who led the US Women’s Open after one round last week and handled herself brilliantly in finishing 11th. Swedish golf hasn’t had it as good since the great days of Sorenstam.

This is Halmstad’s main-tour debut although it has staged Challenge Tour and LET events. At 6909 yards par 72 from the men’s tees and with six sub-400-yard par fours, stand by for plenty of birdies.

Henrik Stenson is a playing host and has shown improved form recently but that’s not saying much as it has generally been pretty dire for the last couple of years. A more likely winner is the US-based favourite Alex Noren, making a rare trip to his Swedish homeland.

Four PGA Tour top-12s this year against the big boys highlight the claims of this ten-time winner in Europe but as he’s missed his last two cuts and it’s a long time (four years) since he won anything, I can just about leave him alone at single-figure odds.

Wil Besseling (2nd in Hamburg), Edoardo Molinari (5th), Johannes Veerman (10th), Alex Bjork (25th) and Julien Brun (right up there before a hideous late quadruple bogey) all come into the conversation. There’s no reason to suppose they won’t continue in good form. Frenchman Brun is the one with the most potential. He will pay to follow. 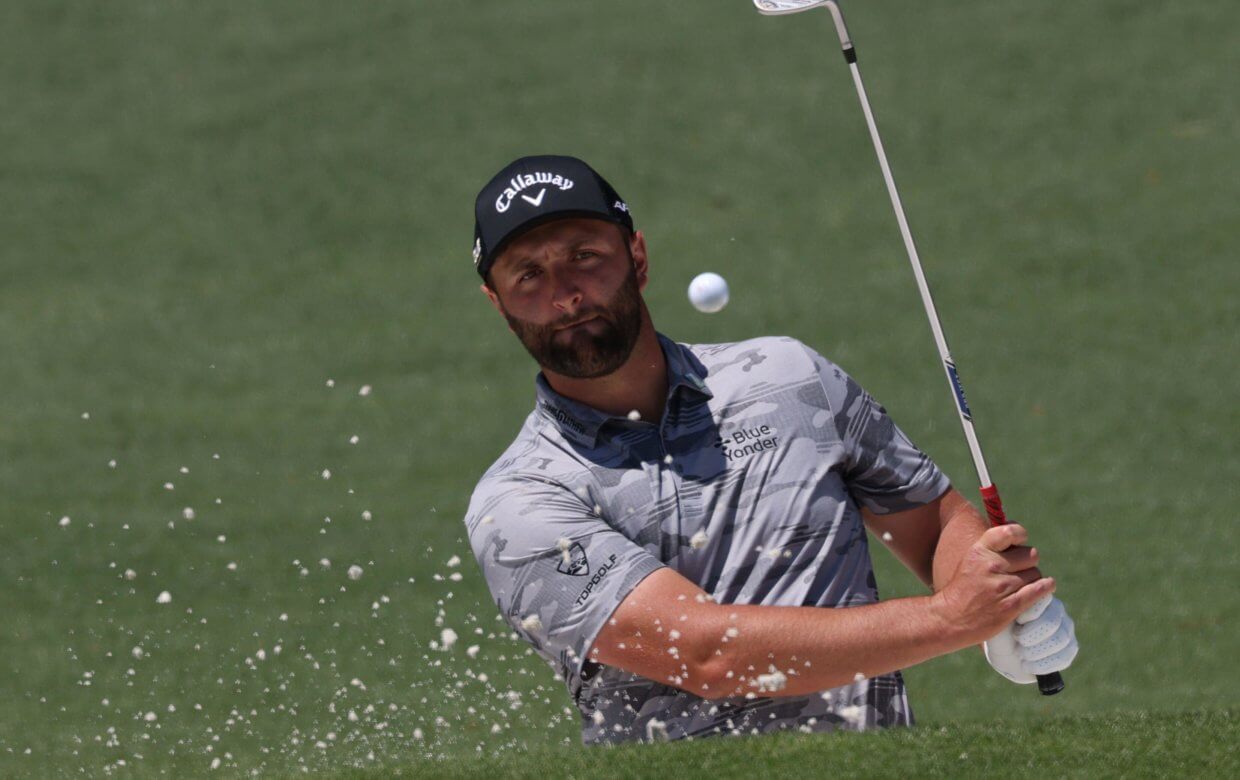 Rahm has score to settle at Muirfield Village

We always get a good turn-out for Jack Nicklaus’s tournament at Muirfield Village, a course that holds great memories as it was the scene of Europe’s first Ryder Cup victory on US soil in 1987 - and what a nail-biter that was, going down to the last putt.