Two weak tournaments this week as we get our breath back after a scintillating Open Championship – a better result for bookmakers than punters – and a big chance at the 3M Open for two with star potential to break through after regularly knocking on the door in their rookie season.

Step forward Sahith Theegala and Davis Riley! The exotic Theegala you already know about. He’s the gangly Indian-American who has twice looked a winner, at Phoenix and the Travelers, but got over-excited the first time and had wretched last-hole luck in a fairway bunker the second.

Riley, four years older at 28 and less flamboyant, shot a 62 in round three of the Valspar to set up a big lead but was caught by Sam Burns and pipped in a playoff. Since then the quiet Mississippian has reeled off a succession of first-rate performances, most recently fourth at Colonial and 13th at Memorial, and is a winner waiting to happen.

With only two world top-20 players, Tony Finau and Hideki Matsuyama, in the 3M field, the younger generation will be licking their lips at a golden opportunity to show what they’re made of.

Theegala’s back-story is fascinating. Born in California to Indian parents who emigrated in their 20s, he still lives with them and started playing golf on a public course.

The unorthodox swing you see has been forced on him by a medical condition called scoliosis where the spine has a sideways curve.

The pair are surefire future targets for Greg Norman and the LIV gravy train and when one of them wins the increased signing-on fee will be tempting. The PGA Tour and its European equivalent must be dreading next week when the Saudi-backed juggernaut gets up a head of steam and announces new ‘name’ defectors before their third tournament in New Jersey. It is a story that’s going to run and run. But how will it end?

Ironically 3M second favourite Matsuyama is rumoured to be one who might be jumping ship but all will shortly be revealed. Meanwhile, the depleted PGA Tour rolls on to Blaine, Minnesota with a $7.5m tournament that won’t take a lot of winning.

Cameron Champ, the appropriately-named champ last year, defends but, having missed his last five cuts, is hard to enthuse over. Of the two big names, Finau is preferred to Matsuyama as he has course form and is back firing again after a lengthy loss of form.

What puts me off 2021 Masters hero Matsuyama is that since his US Open fourth the Japanese star has missed the cut at the Scottish and made no impression at St Andrews. I just wonder whether his mind is totally on the job.

On the other hand, Finau closed with a 66 at the home of golf for a fast-finishing 12th and goes to this minor assignment with a very positive mindset. Before the Open, two more excellent performances, second in Canada and 13th at the Travelers, caught the eye and he knows the 7431-yard par 71 Palmer-Lehman Twin Cities layout well having finished fifth in the first edition two years ago.

On current form JT Poston has to have a shout. He went wire to wire at the John Deere, never easy, and if the sublime putting stroke holds up which had paid its way the previous week as well when JT was runner-up at the Travelers, he will be hard to beat.

It’s Cam time with Smith and Young doing the St Andrews 1-2 (not a dual forecast that readily sprang to mind) and victory for Cam Davis would come as no surprise. After a top-six finish at the Barracuda on Sunday he’ll be rarin’ to show Smith he’s not the only Aussie who knows how to win.

Mark Hubbard followed his third place at the JDC with another sterling effort at the Barracuda and has to be on the short list, as does the underachieving Maverick McNealy, a one-time world No. 1 amateur still awaiting his first main-tour victory.

Two in a row for Sunday’s Barracuda winner Chez Reavie is going to be difficult and other old stagers like Ryan Palmer, Stewart Cink, Jason Day and Rickie Fowler will fancy their chances in this grade.

Cameron Tringale, still a non-winner after 333 attempts as a pro, and Argentinian Emiliano Grillo have bags of ability but not the temperament to match and more appealing is the bearded Canadian Adam Hadwin (does any golfer NOT have a beard these days?). He is playing better golf now than when sixth last year and was not far away from pulling off a shock at the US Open.

Golfaholic Sungjae Im, the third-highest-rated golfer in the field, is entitled to a mention but he has not been his usual super-consistent self in recent outings and is passed over in a hot, sticky and humid week where fitness may well play a part.

It is a sad state of affairs when the favourite for one of Europe’s bread-and-butter tournaments stands only 98th in the rankings but that’s the case with the Cazoo Classic where Robert MacIntyre and Oliver Bekker are the only two inside the world’s top 100.

For punters it is an even bigger minefield than usual because at that level the DP World Tour’s rank-and-file consistently beat each other and finding someone reliable or promising enough to put your hard-earned tenner on, never mind a serious bet, is fraught with problems.

Take the market leader ‘Call me Bob” MacIntyre. Named Rookie of the Year in 2019 and bursting on the scene with a breakthrough victory in Cyprus with other eye-catching efforts in better tournaments, he doesn’t seem to making much progress.

This ambitious Scot from Oban keeps saying “I’m playing great” but where is the proof? Only in contention now and again, he is in the last-chance saloon for me. If he cannot justify his reputation with a win or at the very least a top-five showing in Southport this week, he’s off the list.

Far from being the shoo-in for Ryder Cup honours next year, as many predicted, he is still making too many double bogeys among the many birdies his attacking game and bold putting set up.

I can just see why he’s favourite. He has course form at Hillside, the links which virtually adjoins its ‘big brother’ Royal Birkdale and hosts this week’s tepid affair.

He filled second spot behind surprise winner, Marcus Kinhult, in the 2019 British Masters there. And while shooting 137 for the last 36 at St Andrews was great for the local fans, it came too late to make a lasting impression on the leaderboard.

It’s a long time since I was at Hillside when Tony Jacklin won for the final time, beating Bernhard Langer in a playoff for the 1982 Sun Alliance PGA Championship. I remember it as a course of halves with the back nine far more challenging than the front.

Without the weight of expectation heaped on him thousands of fans willing on Scotland’s No. 1, we can expect Bob to free up and leave that missed cut at the Scottish and modest 34th at the Open itself well behind.

Top-12 in two majors last year and a superb fourth in the all-star DP World Tour Chsmpionship finale in Dubai in November were different gravy to what the rest of the Cazoo field bring to the party, so time to deliver, Bob!

The main threats are South African duo Bekker and Thriston Lawrence and while Dane Thorbjorn Olesen waxes hot and cold he has to come into the conversation on his British Masters victory and Irish Open eighth.

With steady-as-you-go Bekker you know where you stand. Seven times a winner on his home tour, the 38-year-old had some excellent results in the spring (2nd in Catalunya, 4th in Belgium) but is limited and yet to score in Europe.

Lawrence, younger and fearless, opened his Euro account at the Joburg Open at the end of last year and reminded us of his potential when third in the Irish Open.

But it might just be a 1-2 for the Brits with Richard Mansell, formerly a top amateur and now making a name for himself as a pro. The Staffordshire prospect with the classic swing impressed with his third in Hamburg and top-tens in the British Masters and Dutch.

It’s good to see flashy Finn Sami Valimaki rediscovering the form that excited us a couple of years back. His fourth in Munich followed by fair efforts in the Irish and Scottish Opens mark him down for a small interest.

Kinhult is a course winner but there’s no sign from anything he’s done this year that he’s going to conquer Hillside’s dunes and pinewood twice. Founded in 1911, this old-timer, 7109 yards long and par 72, will still take a few prisoners even in a heatwave.

For all your bets on all of the Major Championships and the PGA Tour, visit our dedicated golf betting page. 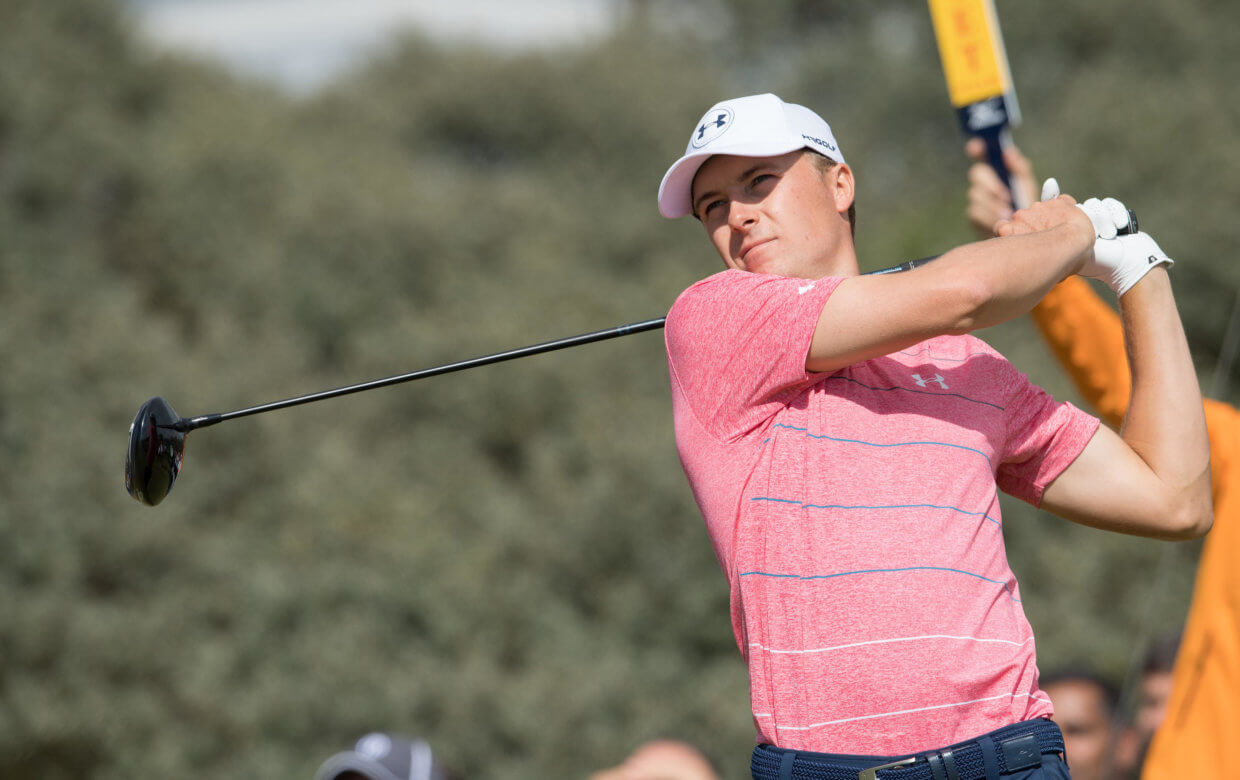 It’s here, it’s finally here. The Open. Not the British Open. THE Open. In the auld grey toon of St. Andrews. The Special One. Even more special as it’s the 150th anniversary Open. Beyond special that Tiger Woods and Jack Nicklaus, both dual winners of the Claret Jug, both legends, are in town too. 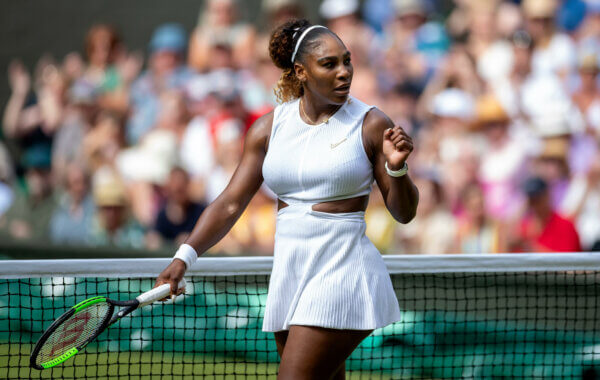