It’s a bit early to start panicking but the appearance of Rasmus Hojgaard in the power-packed field for the CJ Cup in Las Vegas this week and Robert MacIntyre at Valderrama for the Andalucia Masters prompts the thought: How the hell are we going to get the Ryder Cup back in Rome in two years’ time or indeed any time this decade?

At this early stage, Danish 20-year-old Hojgaard and aggressive Scot MacIntyre, 25, look the main contenders to take over from the old guard who have served Europe so valiantly over the last two decades but are not the force they once were.

Let’s face it, Lee Westwood, probably the man who will inherit the role of captain from Padraig Harrington in Rome, and Ian ‘The Postman’ Poulter who has delivered more points than his ability warrants because of his never-say-die spirit and fighting heart, have probably played their last Ryder Cup.

Poulter will be 47 in 2023, Paul Casey just a year younger, while Sergio Garcia and Justin Rose, contentiously omitted from the squad which got thumped 19-9 at Whistling Straits, will be 43. Fair enough, age is just a number and golfers are much fitter these days but they aren’t going to improve, are they?

Yet there are so few young pretenders knocking down the door and barging their way in, that you wouldn’t bet the house against that quartet all being called up next time.

The contest’s leading points scorer Garcia is almost irreplaceable and will certainly be there but, even so, Rome is likely to be his last hurrah. And Poulter will fight to the last gasp to keep his place, quite rightly arguing he is unbeaten in seven Ryder Cup singles with only Webb Simpson’s half in 2014 marring a 100 per cent record.

So who is good enough to replace this matchplay giant? The sad answer is: Probably nobody. By winning three times by the age of 20, Rasmus Hojgaard has proved precociously out of the ordinary but he missed the cut at Wentworth and in Las Vegas last week so still has much to prove while 2019 Rookie of the Year MacIntyre has not made the anticipated progress expected. He still has only one small victory in Cyprus on the win ledger.

True, eighth at the Open and 12th at the Masters were impressive but he too missed the cut at Wentworth and then at the Dunhill Links. Hopefully he will show us something at Valderrama this week but, even if he does, there’s still a long way to go and more consistency is required to make him Ryder Cup quality.

What’s needed is someone like the young South African Garrick Higgo who, having gorged himself on birdies and eagles in two flashy victories in the Canaries, went straight to America in June and thumped the wide-eyed locals in the Palmetto Championship. Where are the 22-year-olds like that eligible to play for Europe?

It’s a headache that won’t be going away any time soon. Meanwhile it’s business as usual on the PGA Tour with the action moving just ten miles down the road from TPC Summerlin, where Sungjae Im’s spectacular last-round 62 scuppered our 40/1 headline pick Matt Wolff, a bold runner-up in the Shriners Children’s Open and, at 22, one of a galaxy of young US talent pounding on the door for the next Ryder Cup.

Im, $1.26m richer for that, is back for an even bigger payday at the CJ Cup which was due to return to South Korea where it first started four years ago but, because of ongoing Covid travel restrictions, goes to a new Las Vegas venue, The Summit.

It’s a limited field of just 78 chasing a $9.75m jackpot and an all-star field featuring nine of the winning US Ryder Cup side and eight of the battered Europeans are primed for battle on the Tom Fazio layout, a 7231-yard par 72 test that’s not a typical desert layout but rather a lush parkland course with a desert backdrop.

Because it’s high above downtown Vegas the ball goes further and the weather looks perfect with temperatures in the mid-to-high 20s. All we need to do now is find the winner and that’s quite a problem without any back-form and 24 of the world’s top 30 in attendance.

It’s the sort of week where I won’t be punting until seeing who is relishing this new test and who is finding it a problem. My best steer comes via Open champion Collin Morikawa who is a Summit member and has shot a 62 there. As Collin had a super Ryder Cup with three victories, we know he’s ready to rumble and rates a fair each-way punt at 16/1.

Others with a Las Vegas connection such as local resident Maverick McNealy, Adam Scott and Charley Hoffman will know The Summit well, McNealy having shot a 61 there.

It looks a typical wide-fairwayed Fazio resort course and the pros will take it apart if they stay out of the many large bunkers and inevitable water hazards.

Long hitters will flourish on a few enticingly driveable par fours and with the ball going further the four par fives will be accessible to all.

Those who played since the Ryder Cup may well have an edge over those who have rested since and that encourages a small wager at Fitzdares’ 33/1 on Tyrrell Hatton who did well to be runner-up at the Dunhill Links considering he came straight back from Whistling Straits for it and his usually hot putter was as cool as St Andrews itself.

He shared third spot with Russell Henley behind first-time winner Jason Kokrak in last year’s CJ Cup at nearby Shadow Creek, another Fazio creation, and could be Europe’s best hope although Rory McIlroy has winning form in Fazio courses.

Marc Leishman’s blistering 63 elevated him to third place last Sunday and he could sneak a place again while Justin Thomas, a dual CJ Cup winner when it was in Korea, Justin Spieth and Ryder Cup top scorer Dustin Johnson have obvious claims.

Thomas has new caddie “Bones” Mackay, Phil Mickelson’s trusty aide-de-camp, on the bag and that looks a partnership made in heaven.

It’s surprising to see Garcia in the field when there’s a good tournament going on at his beloved Valderrama – he’s won there three times – and that could be a tip in itself.

With hot favourite Jon Rahm saying he felt tired all week in Madrid after finishing a disappointing 17th behind Rafa Cabrera Bello in the Spanish Open, maybe he is suffering from “Long Covid” syndrome or maybe the Ryder Cup took too much out of him.

Whatever, the real Rahm appeared for only one day, in his first-round 63, and as Valderrama is a real brain-teaser that will test his patience and the suspect temperament that resurfaced under pressure last week, the percentage call for punters is probably not to go on a retrieval mission at the 3/1 offered for the Andalucia Masters.

On paper, the world No. 1 should dot up but golf isn’t played on paper, as we saw last week and most weeks, and there’s more fun to be had in finding an outsider, like 50/1 Cabrera Bello on Sunday, who can upset the applecart.

Valderrama, which hosted the 1997 Ryder Cup where Seve Ballesteros captained the winning team in a sensational match that came down to the very last putt, is like no other course I’ve ever played. Trees in the fairway or overhanging them to impede your progress if you drive to the wrong part of the cut-and-prepared make life perpetually awkward.

The greens are lightning-fast, the short holes seriously hard and the finish, with water in front of the 17th green which spins your ball back into the hazard if you’re a fraction out, an accident waiting to happen. And if you escape from that nightmare there’s the tee shot from hell at 18 to a tight, tree-lined fairway that’s always hard to find.

It’s not for the faint-hearted. Big hitters are not advantaged and plodders who are expert at positional play get richly rewarded. Old Joe Par is often victorious.

He was the winner last year when nobody was able to match 284 for this 7028-yard par 71, quiet American John Catlin emerging as a one-shot winner over Martin Kaymer with a two-over 286 total.

And Par was again the champion when Andrew “Beef” Johnston won his one and only European title in the 2016 Spanish Open. His one-over 285 total beat Joost Luiten by one with triple Valderrama winner Sergio Garcia only third.

It’s a shot-makers’ course where the driver often has to be kept in the bag and positive course experience is a huge plus.

That’s why “Beef” Johnston gets my vote to give Rahm a run for his money. He couldn’t handle the homesickness and mental side of the game in the States even though the fans loved his outgoing personality. He kept giving too much of himself and his game suffered.

Johnston is over that now and with sixth place at Wentworth following good performances in Germany and Ireland is in the right place to do himself full justice.

I’m prepared to overlook the fact that Indian ace Shubhankar Sharma missed the cut on his last two visits to Valderrama as his game just hasn’t been there for two long years but now he’s back in the groove that brought him two wins in two months in 2017-18.

Third place to Cabrera Bello on Sunday recorded his best finish for ages but was on the cards after a hot run that kicked off with 12th place in Rome and ninth in top company at Wentworth. With five top-16s from his eight pre-Madrid appearances, he’s been working up a head of steam for a while and this course should show this accurate, tidy player to best effect.

Defending champion Catlin is not in great form but one thing you can be sure about is that he knows how to win when he gets the chance. Two more victories, in Ireland and Austria, followed that Valderrama breakthrough and although he missed the cut in Madrid, the two tests have little in common.

With confidence restored, there’s no reason why Cabrera Bello can’t follow up other than the fact that he rarely plays this event – he was 16th in 2016 – even though it’s in his home country.

His playoff victim in Madrid, Adri Arnaus, had a golden chance to end his long wait for a first win but missed the seven-footer at the 72nd hole that would have done the job. He will probably need time to get over that.

There are plenty more with a chance in a slightly stronger field than Madrid – Matt Fitzpatrick is there this time but 12/1 just too short for what the Sheffield man has achieved this year. Bernd Wiesberger, a respectable 12th in Madrid, can never be ignored, Martin Kaymer has course form and the patience to contend. He would go close if able to reproduce top-three finishes in Austria and Germany while Hero Open winner Grant Forrest covered the last nine in Madrid in 28 blows for third place and arrives in high spirits.

The long-hitting Scot may find the course too claustrophic for his game and marginal preference is for Richard Bland who is more likely to enjoy Valderrama’s bag of tricks.

Bland, who added yet another top-ten to his growing portfolio in Madrid, was 11th to Johnston in the Spanish Open five years ago and is a vastly different proposition since chalking up the long-overdue first win at The Belfry. 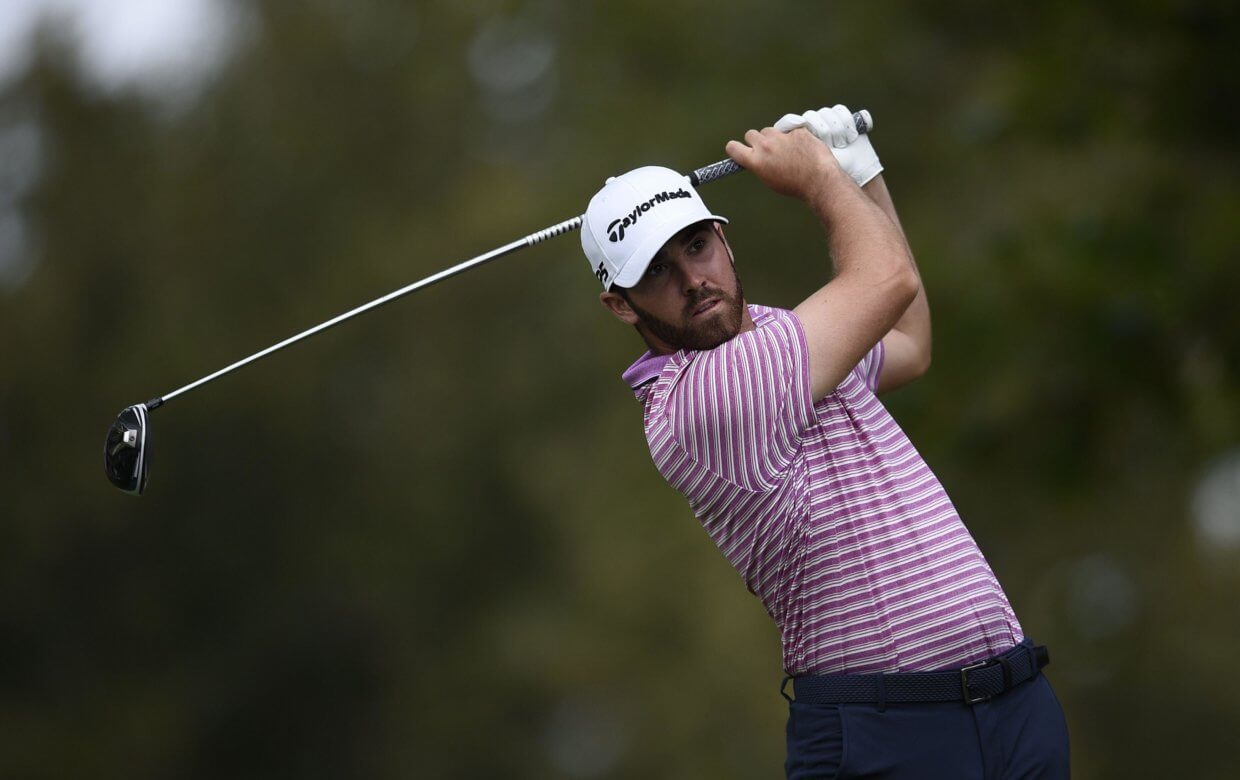 Burns’ Night, normally at the end of January, came four months early for golf punters only this one wasn’t the “wee, sleekat, cowran, tim’rous beastie” of the Scottish bard’s most famous poem but a big, bold, straight-driving Louisianan called Sam who blew his rivals away in Mississippi. 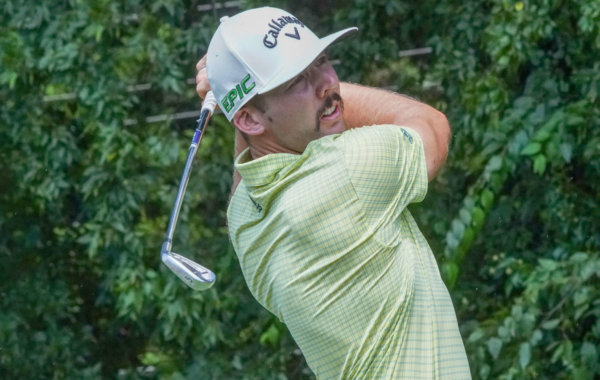 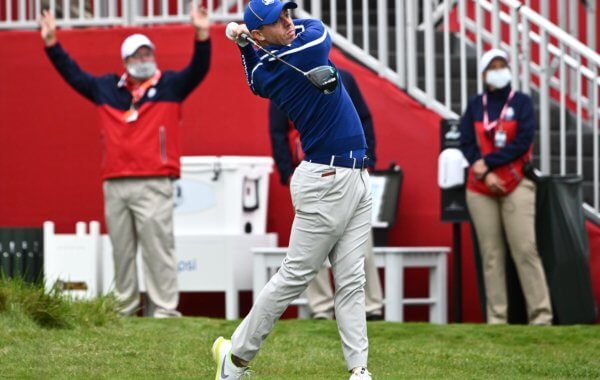