Out with the old, in with the new. A fabulous Tour Championship finale in Dubai with world No. 1 Rory McIlroy and brilliant winner Jon Rahm topping the all-star bill is immediately followed by the DP World Tour’s 2023 curtain-raiser, the Joburg Open, where the highest-ranked player is rated 72nd in the world. It could hardly be more different.

Let’s tee off the new season like we ended the old … with a winner. Actually it was two winners in Dubai – Rahm at 9/2 in the outright, runner-up Tyrrell Hatton at 4/1 Top Englishman. We’ll try to go one better with a 1-2-3 for the home team in Johannesburg. Step forward, Thriston Lawrence, Christiaan Bezuidenhout and Hennie Du Plessis!

There’s a change of venue for this one. It’s the Houghton Golf Club, rated by many the best of the Johannesburg courses. Established back in 1926 and home to eight SA Opens between 1957 and 1992, it was given a Jack Nicklaus makeover in 2009 and will be a test of finesse over power as a 7153-yard par 72 that plays shorter than that In the Highveld’s rarefied air.

Heavily undulating greens, well-positioned bunkers and water hazards defend this parkland layout and classy Bezuidenhout, fresh from fifth place at the Nedbank Challenge at Sun City earlier in the month, should be in his element.

He is the highest-ranked golfer in a disappointing turnout for a tournament we didn’t see much of last year. It was initially cut to 54 holes for Covid reasons and then to 36 after driving rain and lightning wrecked that plan. But it still counted as a breakthrough win for the little-known Lawrence who later proved he could do the job over the full 72 at tricky Crans in August.

That was in the European Masters but the 25-year-old wasn’t finished. Sixth place at the even trickier Valderrama followed last month and then he went into the final round of the Nedbank only a shot off the lead on returning to home territory, only to crumble to a 76 under the pressure of trying to please his supporters.

That bad Sunday at the office enabled Bezuidenhout to nip ahead of him and finish fifth to Lawrence’s 13th but it was still a fine debut in South Africa’s richest tournament by one of the discoveries of the year. Among earlier high finishes he was third in the Irish Open. Lawrence is a serious talent.

Sun City was the course where Bezuidenhout had won a South African Open and had other strong course form. With Lawrence at less of a disadvantage at Houghton, back him to turn the tables.

Bezuidenhout’s mixed bag of PGA Tour results means he’s still a non-winner in the States but he came close when runner-up in the John Deere Classic and put in another good shift when 12th at the BMW Championship. It should be close between the pair but Lawrence, the only other golfer in the field inside the world’s top hundred and a more recent winner, looks better value.

Du Plessis, eighth to Rahm in the Spanish Open, finished runner-up to compatriot Charl Schwartzel in the first LIV tournament at St Albans, but is now surplus to requirements on the rebel tour as he played the first three but has not appeared since bigger drawcards signed up.

He had some eyecatching form in the early part of the year, is a bold, attacking player and will be hard to keep out of the frame. Also likely to be in the mix is steady Oliver Bekker, who posted six top-tens on the DP World Tour before the end of April, then placed sixth at St Albans with LIV before being dumped.

A seven-time winner on the Sunshine Tour, he will know his way round Houghton better than most though perhaps not as well as Pretorian George Coetzee who is always to be reckoned with in Johannesburg. On his French Open third, Coetzee would be of interest but he lacks consistency.

Wilco Nienaber and Brandon Stone are other locals to consider while the pick of the thin European representation could be Renato Paratore, Francesco Laporta and Romain Langasque.

But it’s unlikely to be a fun week for anybody, even the winner, with thunderstorms expected from Friday onwards. It could easily be a short playing week just like it was at Randpark 12 months ago. The same result too? Lawrence wouldn’t mind that at all – he beat Zander Lombard by four.

As a $140m defector to LIV, Cameron Smith is barred from playing on the PGA Tour but they are delighted to see him in his home country for the first time since he won the Claret Jug at St Andrews and he’s the big attraction in the Au$2m Australian PGA Championship at Royal Queensland this week.

By far the more interesting of Sky Golf’s double-header, this is also decidedly less punter-friendly, to British audiences at least, unless you’re an insomniac or a dyed-in-the-wool golfaholic as it’s showing through the night from 2am.

Smith’s trio of big “official” wins – Open, Players, Tournament of Champions – before bagging a fourth at LIV Chicago mark him down as the man to beat but 100/30 may not be to everybody’s taste and his last two ordinary LIV efforts in Bangkok and Jeddah suggested he was ready for a rest.

He’s had that rest now and, back in his home city of Brisbane on a course with which he is familiar and in front of a huge fan base, 29-year-old Cammie daren’t be omitted from your staking plan.

However, for those looking for a bigger price it’s as well to consider that Scott is reunited with the world’s richest caddie Stevie Williams who bagged for Tiger Woods for 13 of his Majors until being sacked.

Williams comes out of retirement to carry for old boss Scott, whom he steered to his only Major, not only in Queensland but in next week’s Australian Open. Second favourite this week, Scott finished his PGA Tour year strongly and will surely have a say in the outcome.

Few in the field have as solid a current record as Min Woo Lee, brother of Australia’s leading woman golfer Minjee Lee. The 2021 Scottish Open champion has just finished 12th in the DP World Tour Championship and that followed eighth at the Nedbank, third at Valderrama and third again to Jon Rahm in Madrid.

The ever-consistent Fox, Hojgaard (7th at Jumeirah, 8th Nedbank) and Meronk (7th Jumeirah) are also flying right now while for a big surprise, similar to the one young Jed Morgan (another defector to LIV) sprang on this course last year, try the 60/1 about Harrison Endycott.

This 26-year-old Sydneyite dotted up on the Korn Ferry Tour last year and has made a quick impression since being upgraded to main-tour status with tenth in Bermuda (after a 62 in round one) and 12th at the Fortinet Championship.

At the same odds don’t rule out defending champion Morgan either. He raced away with the PGA title by 11 shots last year, admittedly in weaker company, but after a rocky start with LIV the 23-year-old Brisbane native showed improved form last time out when 13th in Jeddah.

One thing’s for sure – he doesn’t need the money as his LIV exploits have already netted Jed well over $1m for doing not very much at all.

For all your bets on the DP World Tour, visit our dedicated golf betting page. 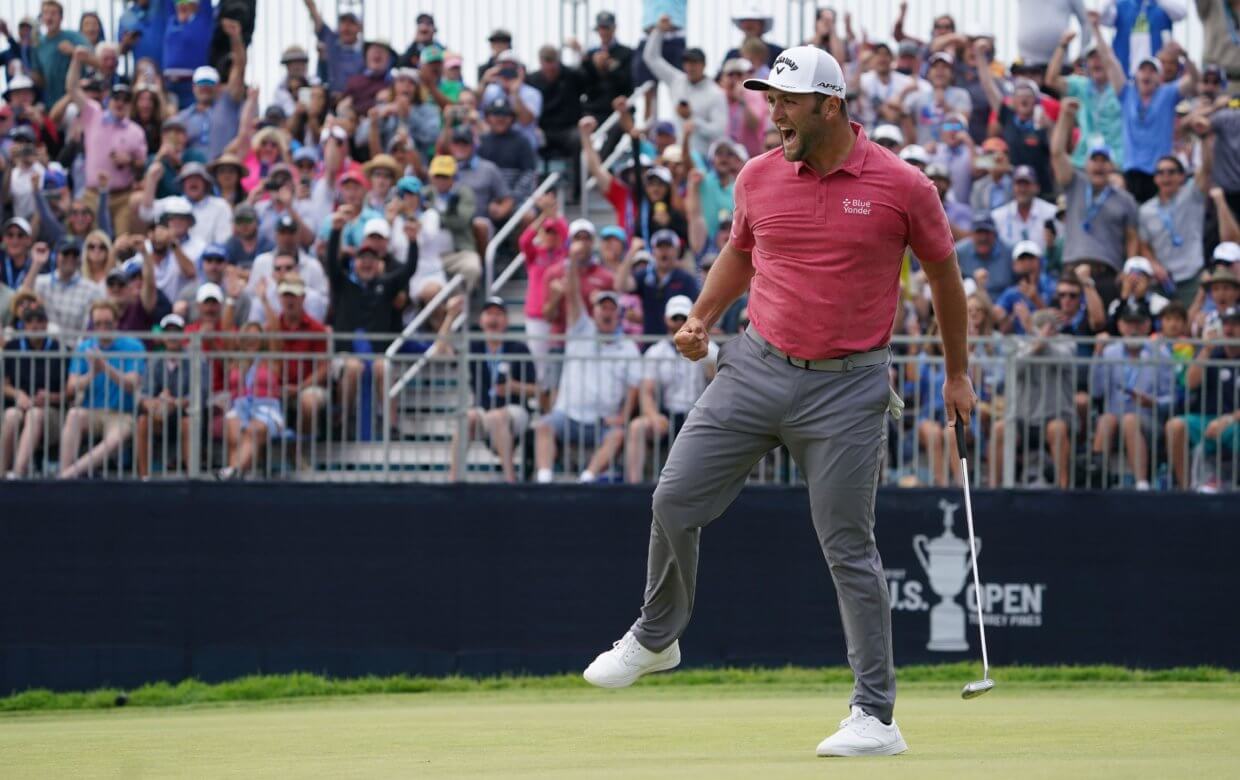 Rahm to bring Rory down to Earth in Dubai

Will it be a Rory McIlroy-Jon Rahm shootout for the $10m DP World Tour Championship on the Earth Course at Jumeirah Estates this weekend … or will someone jump out of the pack to poop the party? 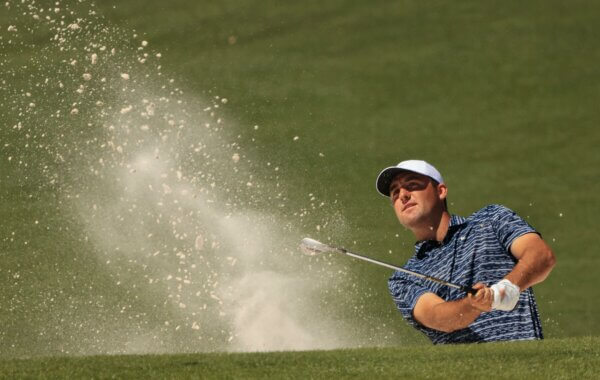 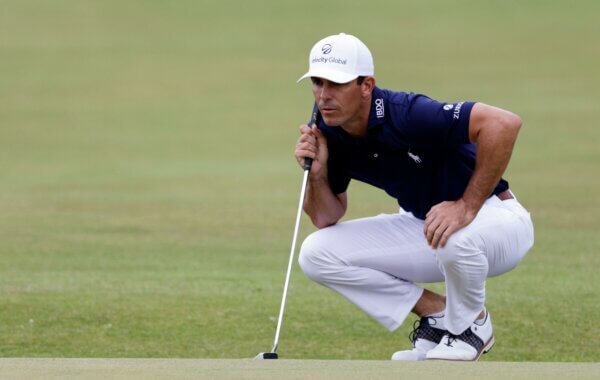