What an unholy mess the crème de la crème of Irish golf made of winning their national Open at Mount Juliet at the weekend and sending their adoring fans home with smiles on their faces.

The best they could do, those winners of nine glorious Majors between them, was Shane Lowry’s 23rd place and only that high because the Open champion (for one more week anyway) finally got his act together with a Sunday 66.

For star attraction and four-time Major champion Rory McIlroy it was an embarrassing 59th place, 2010 US Open champion Graeme McDowell fared only one better and triple Major hero Padraig Harrington missed the cut.

Unless it was an impersonator hovering around the foot of the leaderboards and not the real McIlroy, Rory can have no chance in this week’s Scottish Open and next week’s Open Championship at Royal St George’s.

Those two over-par weekend rounds will do zilch for his fading confidence. Nobody can dazzle all the time but the difference between Rory and Lucas Herbert when things go pear-shaped, the Aussie winner had a Plan B or even a Plan C to get him out of jail.

Herbert’s Sunday was full of potential disasters – wild drives into the undergrowth could easily have ended up as lost balls – but he found a way to keep his demons in check and win ugly.

Two bunker shots when the heat was on were out of this world, his putter touched by magic and he fought like a tiger to save pars when bogeys would have been good.

If Rory can honestly say he battled as hard for his scores as Herbert did, that he gave it his best shot, then punters can have no problem with his 73-74 weekend.

Maybe the lessons learned will lead to vast improvement on the Renaissance Club links this week and at Sandwich next, but you wouldn’t bet on it.

The 16/1 for McIlroy to win the Scottish and the stingy 12/1 for The Open itself is seeing his prospects through rose-coloured spectacles. Yet there will be punters, the faithful ones, taking those odds. Good luck to them. I’ll be delighted to be proved wrong.

To be sure, the Scottish is a mini-Open in itself, a parade of international talent this $8m Rolex Series bonanza can be proud of. What a cast has been assembled in North Berwick, headed by US Open champion Jon Rahm on his first British start of the year. It’s a riot of big names, six of the world’s top 11 are teeing it up.

South Africans Branden Grace, triple 2021 winner Garrick Higgo and Christiaan Bezuidenhout should get in the mix too and Aussie Herbert gets maximum respect after Sunday’s courageous wire-to-wire performance. His task here is far greater.

Unlike Rahm, not all arrive in the best of form, Thomas in particular, but the same goes for the top Europeans like Tyrrell Hatton, Tommy Fleetwood, McIlroy, Matt Fitzpatrick and Matt Wallace, all seeking a confidence-boosting week.

Rahm, twice a winner of the Irish Open on famed links Lahinch and Portstewart, has the right credentials for favouritism. Not for nothing is the Spaniard No. 1 in the world. His consistency is amazing.

Grace, a low-ball hitter who loves links golf – past Dunhill winner on Scotland’s east coast and runner-up to Phil Mickelson on another modern Scottish links at Castle Stuart – is seen as the main danger. He won in Puerto Rico at the start of the year.

Hatton has not had a great year but is a double winner of the Dunhill Links Pro-Am and can continue his love affair with Scottish links.

He looks Britain’s best while Richard Bland, having at 48 finally made his European breakthrough at the 478th attempt, is a new man these days – he even led the US for two days – and could be best of the three-figure outsiders.

Sharing fourth place with Bland at the Irish Open was canny Scot Richie Ramsay in his best performance of the year. The Aberdonian, runner-up to Rahm in the 2017 Irish Open, is inconsistent but not the worst 150/1 shot.

Young Morikawa, last year’s USPGA champion, looks the most reliable of the US raiders in a tournament that has fallen into American hands four times through Mickelson, Rickie Fowler and, back in the last century, Tom Lehman and Michael Allen.

This is the third year at the modern Renaissance links, a 7293-yard par 71 that produced low scores when Bernd Wiesberger beat Benjamin Hebert in a 2019 play-off after both had tied on 22-under 262.

But when Covid forced the tournament to switch from July to October last year, the links bared its teeth with 11 under getting Aaron Rai and Fleetwood in a second play-off, Rai edging out the Ryder Cup star in extra time.

A cool, breezy, showery week is forecast for the four days at the end of which the winner will pick up a $3m cheque. Here’s hoping it’s Jonny Rahm.

The decision of US Ryder Cup captain Steve Stricker to play on the main tour at Deere Run this week rather than the main event on the Champions circuit, the Senior US Open, must have been a difficult one as he’d have been a warm favourite in Nebraska.

But the 54-year-old has strong ties with the John Deere Classic, having pulled off a hat-trick of victories there in 2009-10-11 and played well since.

Who knows, perhaps having walloped his rivals by six shots and more on his latest Champions outing he thinks he can conquer TPC Deere Run for a fourth time.

Maybe the astonishing USPGA victory by Phil Mickelson at Kiawah Island seven weeks ago when just a month shy of his 51st birthday has got Stricker thinking “If Lefty can do it, why not me?”

Stricker has after all finished fourth at Phoenix this year and posted two other main-tour top-20s and if he doesn’t putt quite as spectacularly as he did when shooting a combined 68 under par for that decade-ago hat-trick, he is still a flat-stick wizard.

It is not as though the JDC field contains any superstars. They are either in Scotland or preparing elsewhere for next week’s Open Championship at Royal St George’s.

Among the main men he has to beat are Daniel Berger, Brian Harman, Sungjae Im and Cam Davis, the long-hitting young Aussie who won for the first time in the States in Detroit on Sunday.

None frightens Stricker who is unlikely to find any contenders outside Berger here for his six Ryder Cup wild cards. Berger lies 12th in the Ryder standings and a stand-out performance at the 7257-yard par 71 Deere Run should clinch his place.

Seventh at the US on his most recent outing, Berger won at Pebble Beach, has been banging in good performances all year and has a bit of course form, fifth in 2017.

He is favourite and rightly so but at their respective odds, stocky left-hander Harman is marginally preferred. He’s in belting form too, is, like Stricker, a great putter and has the advantage over Berger of being a course winner.

Birdies will be ten-a-penny and if your putting is not up to scratch there’s little point in turning up.

Davis showed on Sunday putting was not his strongest suit so a quick follow-up win looks unlikely but Hank Lebioda, who finished a shot out of the Davis-Merritt-Niemann shootout, is a dead-eye putter. Having finished fifth at the Travelers and fourth in Detroit, Hank should be competitive again here if he is not golfed-out.

Kevin Streelman, eyecatching in the last two Majors, decent at several past JDCs and playing in his home state of Illinois, also has a shout although it’s a while since his last W in 2014. It’s been a great year for 40-somethings, maybe Kevin can join the party.

Others on my short list are Si Woo Kim, Sungjae Im, Kevin Na, Sebastian Munoz and Sunday’s nearly men Troy Merritt and Alex Noren who, chasing a first US win, will rue birdie misses on the last two holes. Holing just one would have put him in the play-off.

The JDC was not played last year so the out-of-form South African Dylan Frittelli is defending the title he won in 2019. Hard to see a successful one as he’s missed 11 of 15 cuts this year but runner-up Russell Henley will have backers.

Not me though as Henley has looked fragile on Sundays on the occasions he has put himself into contention.

It’s going to be a hot and thundery week but for the man who gets the final side-door spot in next week’s Open at Royal St George’s, it will be well worth getting wet for. 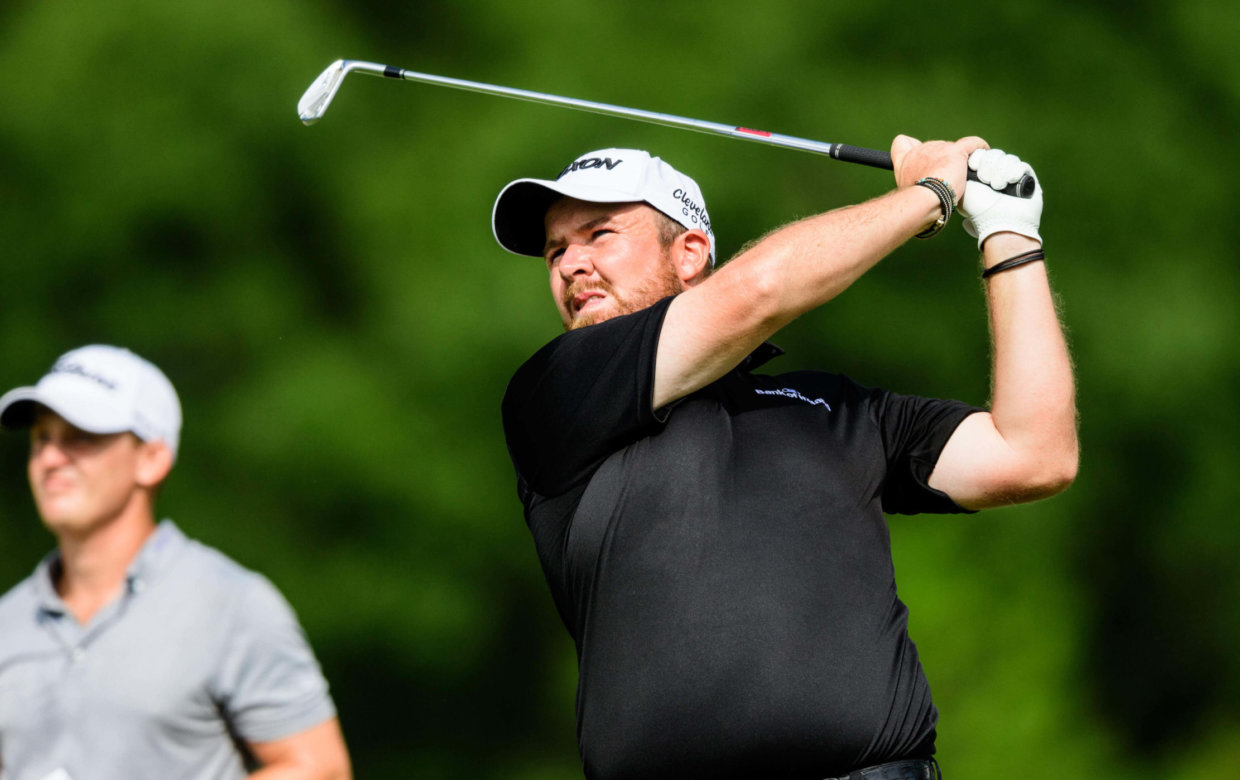 Lowry to upstage Rory in battle for Irish supremacy

Will it be “Rory, Rory, Hallelujah” after the Irish Open or will the Emerald Isle’s favourite golfing son let his legion of fans down as he did on his last playing visit when missing the cut in the 2019 Open Championship at Royal Portrush? 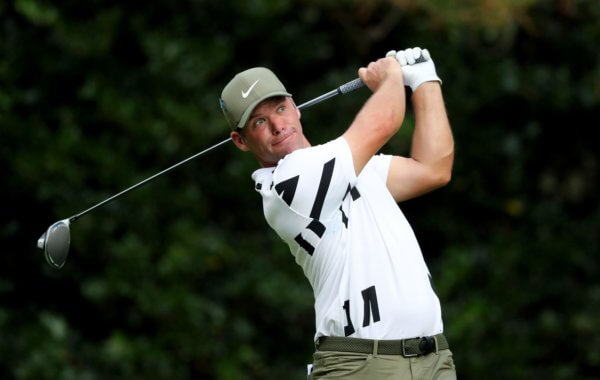 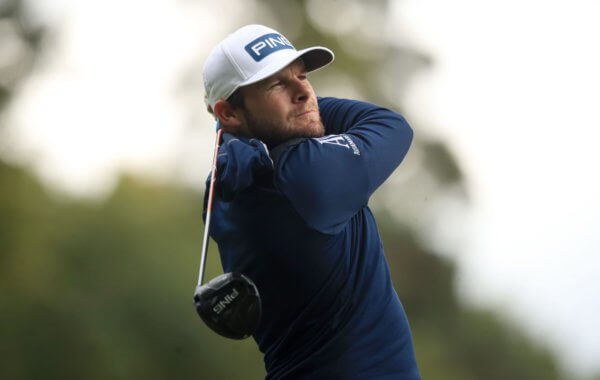