The fearsome Ocean course at Kiawah Island hosts its second US PGA Championship – Rory McIlroy won the first nine years ago by eight fat strokes – and is the only one to have been signed and sealed as a Ryder Cup venue before even being built!

Designed by famed husband-and-wife team of Pete and Alice Dye 30 miles from Charleston, it opened for the stormy 1991 “War on the Shore” for which the Americans wore combat gear and there were mysterious middle-of-the-night calls aimed at interrupting the European team’s sleep.

Europe needed a 14-14 dead-heat to retain the prized trophy but Bernhard Langer missed the 6ft par putt on the final green against a trembling Hale Irwin that meant the Americans regained it by the narrowest possible margin.

Even today, I recall tough guy Mark Calcavecchia breaking down believing he had cost the Americans the victory after losing the last four holes to halve a tense dual with Colin Montgomerie.

It is a course that reduces grown men to tears with its long carries across marshland and endless waste bunkers and can play to 7846 yards, making it the longest ever on the Majors roster. I’m told it will be a bit shorter this week, much to the relief of the 20 professionals who have qualified to represent the PGA of America which looks after the club pro arm of the game.

It will still be plenty long enough and difficult enough, especially if the wind gets up as it did for the second round of the first US PGA Championship to be played there in 2012.

McIlroy was the only man to finish double digits under par in demolishing the field in a tournament where the home side barely got a look-in.

Only Keegan Bradley, who had won the Wanamaker Trophy 12 months earlier, made the top six, the other five being all European. Journeyman David Lynn won the biggest cheque of his career in finishing runner-up, one ahead of Justin Rose, Ian Poulter and roly-poly Swede Carl Pettersen who shared third spot.

But the course was too tough for other top European names: Paul Casey was 20 over par for two days’ work, Martin Kaymer 14 over, with Lee Westwood and Sergio Garcia not much better. Interestingly, McIlroy apart, none of the next nine home were bombers and one or two were shorter-than-average off the tee.

As Paul Azinger, later a winning US Ryder Cup captain, put it: “There are some holes that completely end your hopes.” The Ocean is not your normal PGA Tour course which is part of the reason the Americans fared so badly. They are not programmed for it whereas the Europeans play a wider variety of courses and are more adaptable.

So what are we looking for this week? Sir Nick Faldo, who knows a thing or two about winning Majors (though not this one!), reckons “it’s a course that gives you a bit of room off the tee but requires great iron play and a magnificent touch around the greens.”

Who does that remind you of? Step forward Patrick Reed and Jordan Spieth, both Major winners not renowned for being straight off the tee but wizards at salvaging pars and setting up birdies with tip-top iron play and an almost surreal short game.

With questions about the current well-being or form of market leaders Dustin Johnson, Bryson DeChambeau, Jon Rahm and possibly even Justin Thomas, I’m looking for Reed and Spieth to battle it out with course winner McIlroy, confidence high after that perfectly-timed last-time-out victory at his beloved Quail Hollow. DJ pulled out last week citing a knee injury but if he’s 100 percent, he does play Pete Dye courses well and the 16/1 won’t be there long if he makes a fast start. It’s a big price for a world No. 1 but you have to go back to February to find his last top-ten.

I have fond memories of Kiawah even though I’ve never been there! Let me explain: I entered a fiendishly difficult telephone quiz about the Ryder Cup and won an all-expenses trip to that 1991 showdown but took a £1700 cash substitute that suited both sides as a business I was involved in had just gone belly-up. As it turned out, it was a good decision as British friends who made the gig said access was difficult, the mosquitoes were big and biting well and the result hard to take.

But back to business: I’m making Reed marginally the best bet purely on value but applying equal stakes to all three. Having hit the bar with 33/1 main tip Sam Burns on Sunday, victory by any of that classy trio would be most welcome.

McIlroy was capturing the second of his quartet of Majors when he knocked off the first of his two USPGAs at Kiawah and as the most recent one came seven long years ago, punters are wondering when the fifth will come.

All the signs, not least the fact that a 10,000 daily crowd will be there and Rory admitted having fans at Quail Hollow helped raise his game, suggest it could well come in South Carolina. He answered all the questions about his resolution on a tight Sunday by turning on a masterclass in front-running at Quail Hollow. This will be tougher.

The revived Spieth is the choice of many, Faldo among them, and it is hard to argue. Victory would complete a career grand slam putting the Texan in the elite company of Nicklaus, Woods, Player, Hogan and Sarazen, the only five to have achieved that feat.

Jordan’s absence since his Masters third was due to being diagnosed COVID positive and might have been why his performance tapered off after an electric start last week. It was still another top-ten but he looked booked for better. That makes six top-tens from his last eight starts with his Texas Open victory the feature.

Spieth, who had never played the course until this week, will find a links-style layout with blind driving holes and raised greens where run-up shots won’t work and ten ocean-front holes with spectacular Atlantic views. He’s a fine wind player and, whatever the weather forecasters say, it always blows at exposed Kiawah.

Reed also makes his Kiawah debut. Like Spieth, he is not the straightest driver but weaves magic with the wedge. He’s a short-game wizard in prime form with four top-tens from his last seven outings. The 2018 Masters champion knows how to win a Major. What I like most about Reed is that he is fearless, never batting an eyelid when the going gets tough. And this is a course that will frighten some and destroy others.

The win at Torrey Pines was a Reed highlight and his last-time-out sixth at Quail Hollow the perfect warm-up – unlike Brooks Koepka’s missed cut at Craig Ranch. As a man who ups his game for the Majors and won back-to-back PGAs in 2018-19, Koepka has to be considered but he came back from injury too soon at the Masters and still does not look 100 per cent. The last time the PGA was played in May, he was the winner but a repeat after such an interrupted preparation would come as a surprise.

The biggest danger to my Big Three could well be Daniel Berger. The winner at Pebble Beach and in a play-off over Collin Morikawa at Colonial last year, he was a fast-finishing joint third in Texas on Sunday and his best Major finishes, 12th and 13th, have come at the PGA.

Reigning champion Morikawa should put up a bold defence, Masters champion Hideki Matsuyama is twice a top-five finisher in this Major, Viktor Hovland is in a rich vein of form and Charl Schwartzel is trending the right way, posting his best finish in quite a while with a share of third on Sunday. The South African knows how to win a Major, having birdied the last four holes for a 2011 Masters smash-and-grab, as does 2018 Open champion Francesco Molinari who has been under the radar since his Masters collapse the following year. This classy operator, who was runner-up to Thomas in the 2017 PGA, has three encouraging top-tens to his name this campaign and could outrun his 200/1 odds.

Aussies Marc Leishman and Cam Smith are good wind players in decent form and while young lefties Robert MacIntyre and Garrick Higgo are stepping up in class, they have statements to make. The Scot has demonstrated he is ready to sit at golf’s top table by finishing 12th at the Masters and Higgo’s 68 under par for the three Canary Islands tournament was awesome. There won’t be any 63s for the South African this week.

This Major is the only one run by the PGA of America, the club professionals’ arm of the game which is why their best 20 players always get their chance in this Major. Their target: to make the weekend. Stand by for a hot, sticky week with not enough wind to be a serious problem and temperatures getting close to 30C – and more than 40 hours of live golf in Sky’s extended coverage. It’s a hard life but somebody has to watch it. 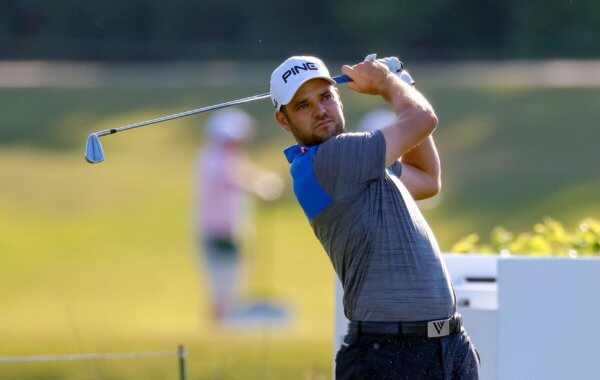 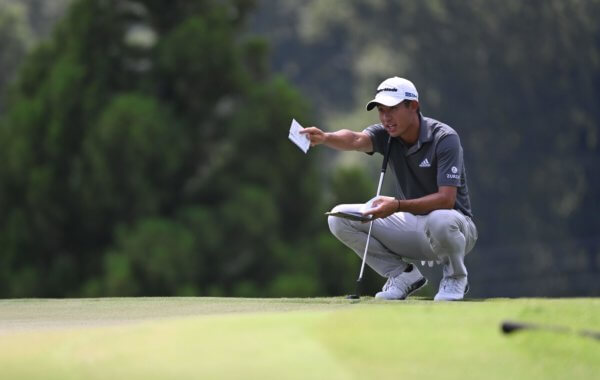 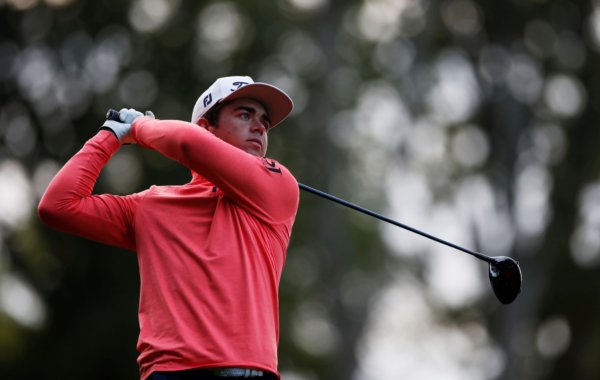