Patrick Reed is the interesting one in a multi-national line-up for the Bermuda Championship at Port Royal, the only male action on Sky this week with the HSBC Champions in Shanghai and the Indian Open both cancelled.

Even at 24, he’s the highest-ranked golfer in a field lacking big names and would normally start favourite at around 12-1. But after a superb start to 2021 when he won at Torrey Pines in January and went on finish high at The Concession, the Masters, Quail Hollow and Memorial and posted fair efforts at Sawgrass, the PGA and US Open, after mid-June it all started to go pear-shaped.

The silky short-game skills and confident putter went a bit sour but nobody suspected the 2018 Masters champion’s health might have been at the heart of the decline.

Yet in August, he was rushed into hospital in Houston and diagnosed with bilateral pneumonia. He was fighting for breath and his life for six days – “it hit me like a brick” he recalls – yet, desperate to show he was well enough for a Ryder Cup wild card, Reed resumed playing perhaps earlier than he should have done.

A down-the-list showing at the Tour Championship (25th out of 30) wasn’t enough to persuade captain Stricker that “Captain America” was fit enough to do himself justice at Whistling Straits.

As it turned out, he wasn’t needed as the USA ran out easy winners but Reed, a star of previous Ryder Cups and a past-master at whipping up the crowd, took it hard.

Judging from his first two efforts of the new campaign, a missed cut at the Shriners and 68th of 78 at the CJ Cup, he is still searching for his best stuff. But it won’t have escaped his notice that Hideki Matsuyama, who finished just ahead of him in 59th spot in that second Las Vegas tournament, went on to win next time out in Japan.

Quick turn-arounds in golf happen all the time and, on the basis that form is temporary but class is forever, I’ll play a hunch and risk a bet on one of my favourite golfers who is staying with old friends in Bermuda and loving the 6842-yard Robert Trent Jones layout.

His relative lack of length won’t be an issue but he will need to drive it straight and display his old his around-the-green wizardry.

Ryder Cup Brit Matt Fitzpatrick heads the betting on the back of a first victory of the year at tricky Valderrama where he took advantage of a late collapse by Sebastian Soderberg.

The jumpy Swede had one hand on the trophy but couldn’t finish the job and did much the same last weekend when looking the most likely winner in Majorca. Now we know why he has never won on tour.

Yet 10/1 for Fitzpatrick, who up to Valderrama had had a disappointing year by his standards and has yet to win on the PGA Tour, doesn’t look anything special. Even so, the Sheffield man, a top-class putter, won’t get a better chance than this.

What that timely victory will do is to put positive thoughts in his mind and shut out the negative of coming away from the Ryder Cup with zero points.

This week’s test, Port Royal, is short like Valderrama but less nerve-racking, a par 71 that’s still the longest of the five 18-hole courses on a tiny holiday island that’s only 21 miles long and less than two miles wide.

This is the third time it has hosted this competition which carries a $6.5m purse, a hefty prize money hike from $4m thanks to new sponsors Butterfield Bank.

Graeme McDowell, the 2010 US Open champion, knows the course from the four-man Grand Slam of Golf which ran there from 2009 to 2014. He and Fitzpatrick are two of a sizeable European entry in a week where’s there‘s no tournament  for them in Europe.

Matthias Schwab, 12th at Wentworth and 15th at Valderrama, and Dunhill Links winner Danny Willett, who doesn’t get into contention much but knows what to do when he does, look, along with Fitzpatrick, the pick of the Euro raiders.

But my main bets will be one American old-timer, Brian Gay, and two that will be new names to many, Mito Pereira and Hayden Buckley.

Course specialist Gay, shortly eligible for the Champions Tour, won this last year totally out of the blue. Don’t worry that his recent form is feeble. It was just as unimpressive going into last year. He had missed 15 out of 19 cuts before beating Wyndham Clark in a Port Royal playoff to end a seven-year win drought.

He doesn’t hit it far enough to win on many courses these days but can cope with the bombers on this one. Third to an inspired Brendon Todd in 2019 and first last year tell you 80/1 could be on the generous side. Gay can show an incredible touch on the greens when he finds a course where he feels he has a chance.

If you’re looking for in-form golfers, then Buckley, in the early stages of his main-tour career, has hit the ground running, shooting 37-under for his last two outings, fourth in Mississippi and eighth in Las Vegas. A Challenge Tour winner last year, this tidy Tennessee trier is going places.

Chilean Pereira earned battleground promotion by winning three times last year on the Challenge Tour and was the surprise package in the Olympics when just out of the medals in a tie for fourth after losing out in a massive playoff for bronze.

Fifth in the Barbasol on only his sixth main-tour start, this 26-year-old opened the new season with third at the Fortinet and two steady subsequent efforts. He must be a serious contender at this level and will be my main bet at 20/1.

Also short-listed are South Africans Christiaan Bezuidenhout and Garrick Higgo, the latter already a winner on the PGA Tour and sensational in two Canary Islands victories on short courses early in the year. But he’s been finding life tougher recently.

On his Wentworth form, Kiradech Aphibarnrat, who would have won Europe’s flagship BMW PGA Championship last month but for hitting his second shot at the 71st hole into somebody’s garden, is tempting at 66/1. The Thai has Bermuda form, 11th last year, and can be a birdie machine.

Hank Lebioda, joint third here with Gay two years ago and a fabulous putter, will be a factor if reproducing an early-summer golden spell that reads fifth, fourth and eighth, while new kid on the block Sahith Theegala led for most of the way in Mississippi before fading to eighth and the experience of leading a tournament for so long so early in his career will make him a better player.

The other live TV tournament is the Dubai Moonlight Classic on the Ladies European Tour where the Thai sisters Ariya and Moriya Jutanugarn, big names on the LPGA circuit, have young compatriot Atthaya Thitikul, already a four-time winner at 18, the undoubted star of the LET circuit and a surefire future world No. 1, to beat in a fascinating contest. They could well finish 1-2-3 in a Thai takeaway. 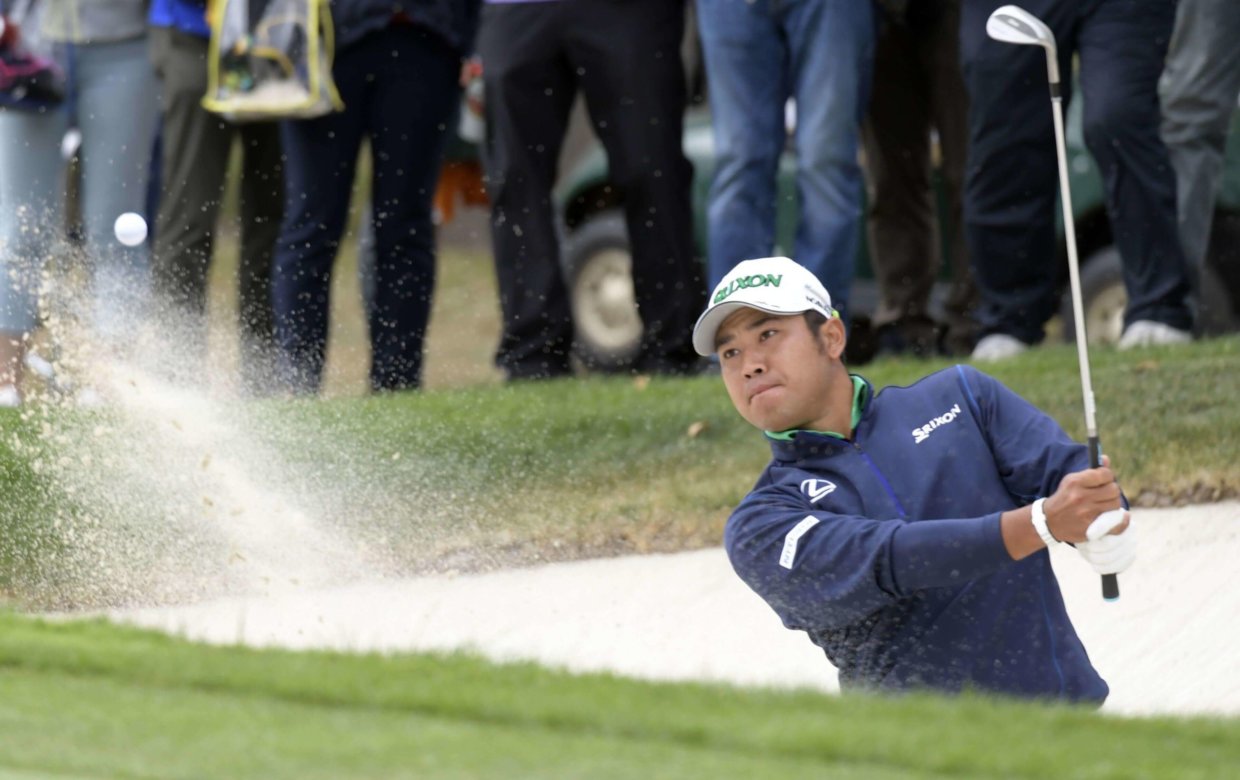 The Narashino Country Club in Japan could have an eternal place in golfing lore as the scene of Tiger Woods’ final, record-equalling PGA Tour victory if his busted body won’t allow him one more chapter. 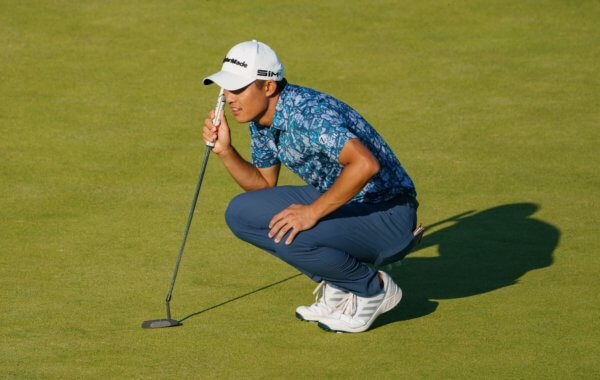 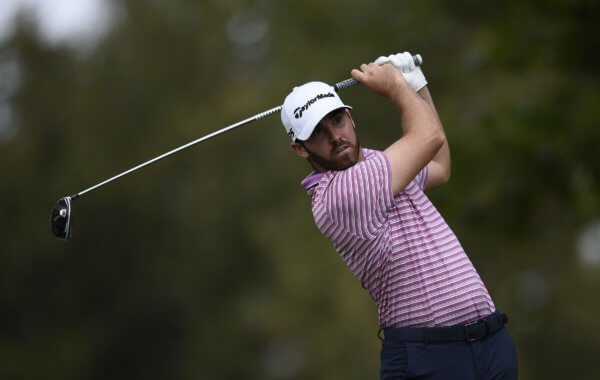