Determined to be the first golf writer this month not to mention you-know-who in the intro, I give you flat-stick wizard Kevin Kisner and Open champion Collin Morikawa to battle it out for the RBC Heritage in South Carolina this weekend.

With Masters champion Scottie Scheffler taking the week off after adding Augusta’s $2.7m to his haul from three earlier 2022 victories and you come up with a figure in excess of $10m … already he needs a wheelbarrow and the night is yet young!
One Major up and three to go, it will be fascinating to see where the 25-year-old Dallas resident’s game is when it comes to the next one, the USPGA, on May 19.  Fitzdares have him at 14/1 for Southern Hills and the same for our Open at St Andrews in July.

Having limped his way round Augusta for four exhausting days, St Andrews was the only destination named by Tiger Woods in his post-Masters debrief. Fitzdares have TW at a cautious 33/1 for that and time heals (almost) everything but the bottom line is that his 72-hole total of 301 for a share of 47th place left him 23 behind the brilliant winner.

On the plus side, he did make the cut but, for all his courage, there is still an Everest of a mountain to climb. From the way he was saying it, don’t be surprised if TW plays only one, two at most, and maybe none at all, before the Open on the famed Old Course which he lit up in 2000 and 2005 when in his prime.

No Woods this week of course, no Scheffler (much to the relief of the other 131 contestants) and no Masters runner-up Rory McIlroy but that still leaves a decent field featuring five of the world’s top 10.

Away from the Woods circus, laid-back Master Scheff was able to concentrate better on-course and off and it wasn’t until he four-putted the final hole that the pressure of what he was on the brink of doing and had done since winning at Phoenix in mid February finally got to him.

Thankfully for his sake he had shots in hand, the fat lady had already starting to warm up and the job was done, home by three from McIlroy who sliced through the pack with a best-of-the-week 64.

Second was Rory’s highest Augusta finish in 15 attempts but I don’t go overboard about a low no-pressure last-round from a player not in contention. He says it will set him up for what lies ahead. We shall wait and see with great interest.

Travelling on from Augusta to Hilton Head are two who shared third in the Masters, Shane Lowry and Cammy Smith, as well as Morikawa (5th), Corey Conners (T6)  Justin Thomas (T8) and Sungjae Im (T8) all top-ten finishers.

It’s tempting to say the winner will emerge from that sextet. Last year Stewart Cink followed a Masters 12th with a four-shot Heritage victory and there a number of instance where players have played blinders in both. The supreme example came with Bernhard Langer doing the Masters-Heritage double in 1985.

All six top-ten performers at Augusta have obvious chances but facing them is a far different test on the Harbour Town Links, a fiddly 7121-yard 71 created by Sawgrass designer Pete Dye and Jack Nicklaus and a links only in part.

The winner has to be pinpoint accurate as a driver because if your tee shot is not in the right spot, your path to the green is likely to be blocked by overhanging trees. The small contoured greens are also a challenge and this is where Stewart Cink came up trumps at exactly the right time as I had put him up at 150/1 for Fitzdares’ readers.

Cink, now 48 and winner of our Open in 2009, had already landed two Heritages but in the distant past and last year, arrived straight from an eye-catching 12th at Augusta. This year he missed the Masters cut, so no encouragement for an encore there but go back a few weeks to a Valspar seventh and he is still one of the best long shots in what admittedly is a stronger Heritage than usual with five of the world’s top ten, Morikawa, Smith, Patrick Cantlay, Thomas and Dustin Johnson, under orders. They inevitably sit atop the betting in a 12/1 the field tournament, with Morikawa sharing favouritism with JT.

The younger man is preferred after coming from nowhere with a Sunday 67 that saw him jump up to solo fifth and he has Heritage form, seventh to Cink last year.

It was a no-pressure fifth on Sunday as he was under the radar all week unlike Smith and Sungjae Im who were in the thick of the action from the get-go.

Power off the tee is of little consequence and many will be using the big stick only now and again. That leads me to medium hitter Webb Simpson who should do much better than his 35th at the Masters on a course he knows so well.

He broke the 72-hole record with a 22-under 266 when winning in 2020 and has posted seven top-tens in 12 visits. Surgery on a herniated disc in his neck early in the year has held the North Carolinan back but he seemed okay at the Masters. Taking the 28/1 carries risks but he would half that price if anywhere his 2020 course blitz.

Simpson plays an ideal game for this teaser of a course as does local hero Kisner, the Match Play runner-up who looks overpriced bearing in mind his game was in good order before Augusta, a course that never brings the best out of him.

Before that, stellar performances at the Sony (3rd) and Players Championship (4th) are more relevant to the current state of his game.

We need to talk about Kevin, a guy with a hot putter and a fairway-educated driver. Beaten in a 2015 Heritage play-off, he can go one better in his home State.

We can forget about Kisner’s 44th at Augusta, understandably posting his worst score when Tiger, his groupies and the world’s media were metaphorically his playing partners in round three. This “chess game” on a 550-yard shorter course looks much gentler and more up his street.

Shane Lowry and Matt Fitzpatrick, both with Heritage form (Lowry third in 2019, Fitzpatrick fourth last year) look the most likely to fly the flag for the Europeans.

Joint-third at Augusta, Lowry showed great touch and a wide understanding of four-letter words when things weren’t going right, Fitzpatrick looked better than he scored. His game is better suited to Harbour Town, so while expecting him to go close, odds of 20/1 and less seem to overstate the chances of a golfer yet to open his PGA Tour account.

Tyrrell Hatton is another Brit who has done well in Harbour Town (3rd to Simpson two years ago) but his Masters showing, stone-cold last of the weekend finishers and SEVENTEEN over par, was such a shambles that it’s hard to visualise this volatile character taking a hand.

Conners comes into the conversion after placing third in the Match Play and sixth at the Masters. The classy Canadian also comes with a good course vibe as he shared fourth spot with Fitzpatrick last year.

Si Woo Kim is another fancy in a contest that’s nothing if not competitive. He went down only after a play-off at Heritage four years ago and looked a likely top-15 finisher at Augusta going into Sunday when the wheels came off.

A wet weekend, Saturday in particular, is forecast but it should be dry for the first two rounds, temperatures in the mid-20s and the wind not bothersome. 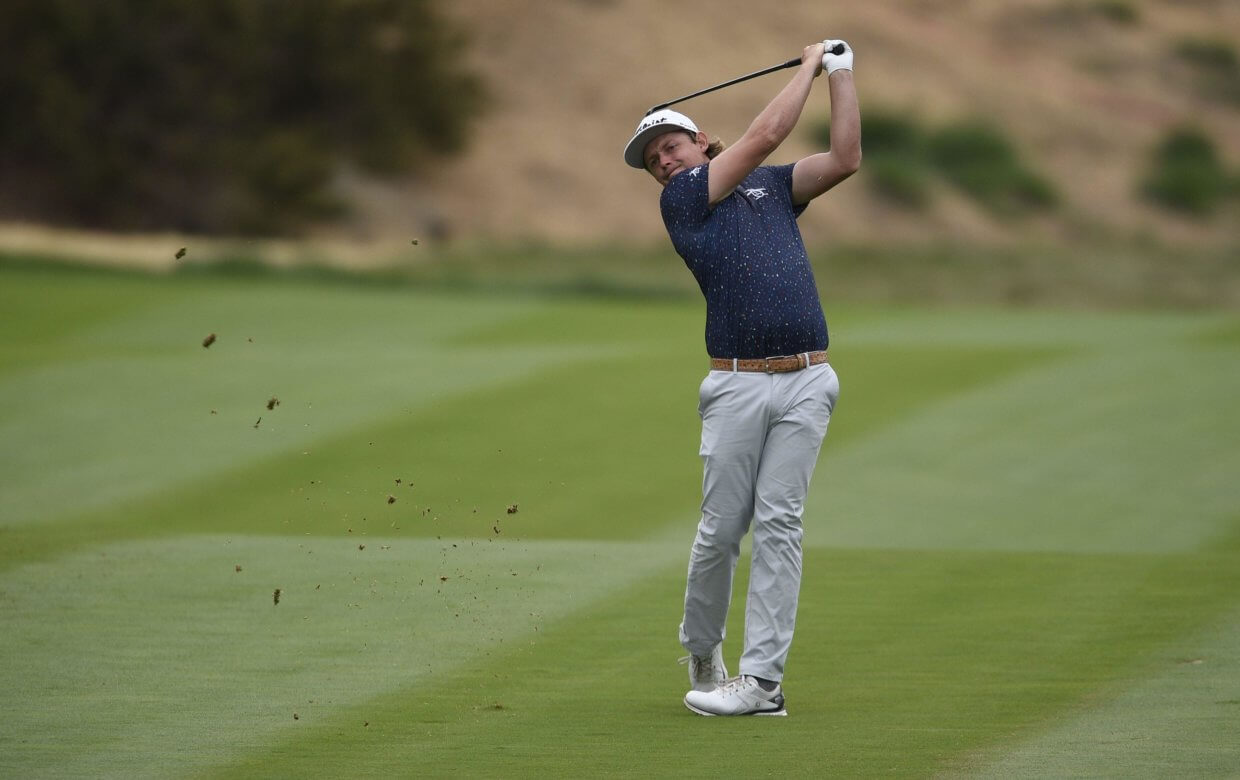 Bank on the S Factor for a 152/1 Masters-Grand National double with Cameron Smith (16/1) and Snow Leopardess (8/1) on a tremendous sporting and punting weekend. With gutsy Aussie Smith the winner of the Tournament of Champions and the all-star Players Championship this year and Snow Leopardness the leading British-trained runner in the National betting for the very good reason that the grey mare won the Becher Chase over the Aintree fences in December, it looks an each-way steal. 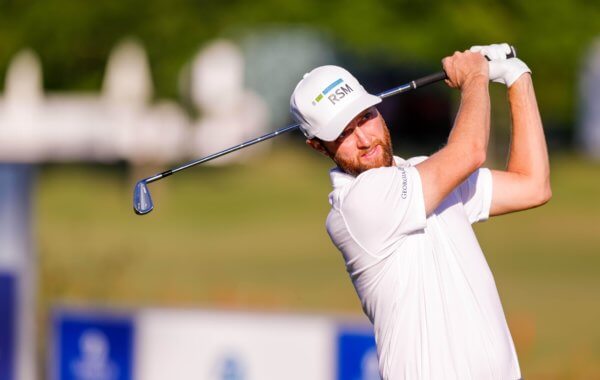 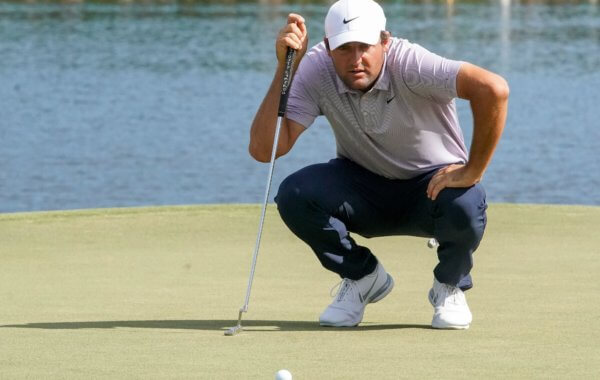