A couple of guys outfoxed the Wolff last week but in roaring back from a disastrous Saturday to snatch fifth place in Mexico, young Matt saved the day for punters who heeded the headline advice and took the 40/1.

After Wolff opened up with a record-shattering 61 and was four clear at one stage of the second round, something better was expected but 8/1 for the place part of the wager still returned a handsome profit.

Even so, there is merit in the safety-first policy of laying off a 40/1 shot who goes as short as 2/1 after Wolff’s sensational first 27 holes.

If you’ve had a tenner each-way at 40s on the leader, there no shame in laying off in running. Shore up the win side of the wager with a £25 lay at, say, 4/1 which takes away a quarter of your potential win profit but makes you a handy winner whatever transpires. But, of course, you have to do it at the right time!

Not only that, it provides funds for an assault on the two-week Dubai Swing, starting Thursday at Memorial Park, a very popular public course. Goodness knows whether it will be as popular now they have hiked green fees from 38 to 102 dollars.

After a giant make-over by famed architect Tom Doak (with assistance from four-time Major winner Brooks Koepka), the new-look Memorial Park was unveiled last year and given the thumbs-up.

I’m also going to put Wolff up again even though he’s only 28/1 this time. The 22-year-old previewed Sunday’s fifth by finishing second in Las Vegas and will soon be adding to his breakthrough victory which came on only his third start as a pro in 2019.

Forgive the poor form that preceded and followed his Masters DQ – he carelessly signed for the wrong score, symptomatic of his mental state at that time and all credit to him for taking a near two-month break to sort himself out.

Looking at the improved efforts since the new season teed off, the hiatus seems to have done Matt no end of good. This is his first time at Memorial Park but so it was at Mayakoba and it didn’t stop him shooting a 61 on his first round there.

Sam Burns, is another young talent I want on my side. The 25-year-old from Louisiana followed Sanderson Farms victory in Mississippi – his second this calendar year – with fifth in the CJ Cup. He looks more and more a force to be reckoned with at every level and as Koepka, fifth here last time, has yet to convince this campaign and Sungjae Im had a rare flop here last year, Burns should be there at the business end again. The revised price of 12/1 following the Ortiz withdrawal suggests Fitzdares, shrewd as they are, don’t seem keen to lay him and on the score of value, the 28/1 for Wolff is more appealing.

His Memorial Park vibe is strong after placing seventh on first sight of the place last year, while on the same mark was Tyrrell Hatton who looks Europe’s best hope. Runner-up in his beloved Dunhill Links, he was contending in the CJ Cup for three days until running out of steam.

Tylor Gooch, 4–11-5-11 for his last four outings, should be a shoo-in for a place. He has the blend of course and current form we like. Gooch ran fourth to Ortiz here last year and should contend again.

Patrick Reed is always to be feared as is course debutant Scottie Scheffler who impressed at Mayakoba and was heading for better than fourth until the odd late mistake.

At longer odds, try Lanto Griffin, sixth in Las Vegas and seventh at the ZOZO. Pity he was outside the top 50 on his Memorial Park bow a year ago but he arrives in better nick now.

He conquered Houston two years ago for his only win but that was on a different course. Even so, positive mental association with a course or city often sees a journeyman playing above himself.

The Dubai Championship, not to be confused with the DP World Tour Championship which next week decides the Race To Dubai winner, is far more than a golf tournament, it’s the last-chance saloon for stragglers on the bottom rungs to rescue their careers.

It’s not quite a matter of life or death but for those not in the top 122 at the end of the first leg of the Dubai Swing, it means a change of lifestyle and a huge drop in earnings potential.

While I’m hoping to see Paul Casey prove his class by bagging his second UAE title of the year – he won the Dubai Desert Classic in January – the group on the cusp of main-tour demotion will either be weeping tears of relief if they make it or tears of rejection as they realise their dream of a golden future Is over or at best delayed.

To be told in effect “you’re just not good enough” is a bitter pill for anyone to swallow, even more so when you are a professional athlete, and for the second year running there’s no qualifying school.

Sweet Mr Covid has seen to that. The tour reported that “because of the demands of hosting multiple events in different countries in a short space of time” they will not bring QS back until late next year.

Whereas past losers had the opportunity for a quick return to main-tour comfort, for the second year that avenue is no longer open to them.

The players most in danger include well-known names like Ryder Cup player Ross Fisher (125), Benjamin Hebert (124) and world No. 459 David Drysdale (123).

Veteran Scot Drysdale tees it up for the 543rd time in a European Tour event, always with wife Victoria on the bag, and has still to win one. What irony if he could do it this weekend under the pressure of trying to hang on to his tour card.

Sitting in the hot seats and biting their nails with worry will be Sebastian Garcia Rodriguez (122) and Darren Fichardt (121). They are in at the moment but who knows what the next four days will bring?

The battle to survive at top level is an important sidebar to the final open tournament of the season and winner-finding, never easy, is additionally complicated by the lack of deep back-form.

Antoine Rozner’s 25 under on the long Fire course was mesmerising last year but there’s been little that’s mesmerising about Monsieur Rozner’s golf since.

Matt Wallace, Andy Sullivan, Francesco Laporta and Mike Lorenzo-Vera shared second place that week and they are all back hoping to go one better.

Wallace blotted his copybook by missing the cut by a distance after being installed as favourite for the Portugal Masters. if you back him, you have to pardon that flop and instead look one tournament back to his fourth behind Matsuyama in Japan.

Of last year’s top five it is Laporta I like best. Having watched him in top company at Wentworth (6th but was heading for better), the Italian has the combination of course and current form that drives my thinking.

Apart from that big showing in the BMW PGA, he’s twice been fourth, in the Irish and Italian Opens. Now comes another impressive performance, seventh last weekend at Vilamoura. At 66/1, he is being underrated.

Casey and Tommy Fleetwood are the class acts. It’s hard to believe Fleeters has not won this year but Casey has posted eight top-tens since his Desert Classic takeaway, two of them in Majors. Although likeable Fleetwood is on the improve after a thin year, my distinct preference is for Casey. They are both quoted at 10/1.

I’m giving Min Hoo Lee another chance although eighth place on Sunday was the sort of nearly-nearly result that drives a punter to drink. Still only 23, the Scottish Open winner has time on his side, not a comment that applies to many in this line-up.

Lucas Bjerregaard has to be on my short-list after saving his tour privileges with a bucaneering display that landed him a share of second money in Portugal. Not all his shots finished where they were supposed to yet still the Dane was able to produce his best performance for three years.

He has been to hell and back with his game since winning twice and putting himself in the queue for a Ryder Cup spot. For the first time in ages Bjerregaard will tee up with maximum confidence and it’s been a long time since we’ve able to say that.

A shout-out too for Grant Forrest, sixth here last year and an improver who broke through in the Hero Open on home soil. He gives the ball a fair old whack and his power will be useful..

The tour stars made mincemeat of the course last year with eight shooting 20 under or better, so look for a guy who shoots consistently low.

Still awaiting his first win, Thomas Detry could be dangerous. He can feed off Pieters’ victory and finally get his name on the honours board. The Belgian has cost punters plenty in the past on nerve-jangling Sundays but the swing is too perfect for him to be a permanent nearly-man.

Scouser Matthew Jordan finished with a rattle on Sunday for an eye-catching fifth in the Algarve. A first win cannot be far away. Yet every time I try to put someone up to beat Casey, I find a good reason to reject him.

The quality and sound of Casey’s ball-striking is a class above in this beatable company and while he isn’t the world’s greatest with the flat stick, it is suitable for purpose most of the time. Desert golf comes naturally to the Surrey slugger who has been living in Arizona for a good few years now.

True, this will be his debut on this flattering 7480-yard par 72 but as this is the Fire course’s only second year on the tour rota, few will know it much better.

When course and current form align, that’s the time to take a punt. With Laporta already put up, I’m having another wee bet on powerhouse Scot Forrest who shot 21 under for sixth last year but arrives this time as a European Tour winner.

Although 2021 has not shown Fleetwood to best advantage, he wears the disappointments with a smile. He is still more than capable of winning at this level but 10/1 odds don’t encourage an investment. For that of price, the punter is entitled to expect a current-year winner or at least somebody with a raft of high finishes. Fleetwood doesn’t score on either count, nor has he played the course before. 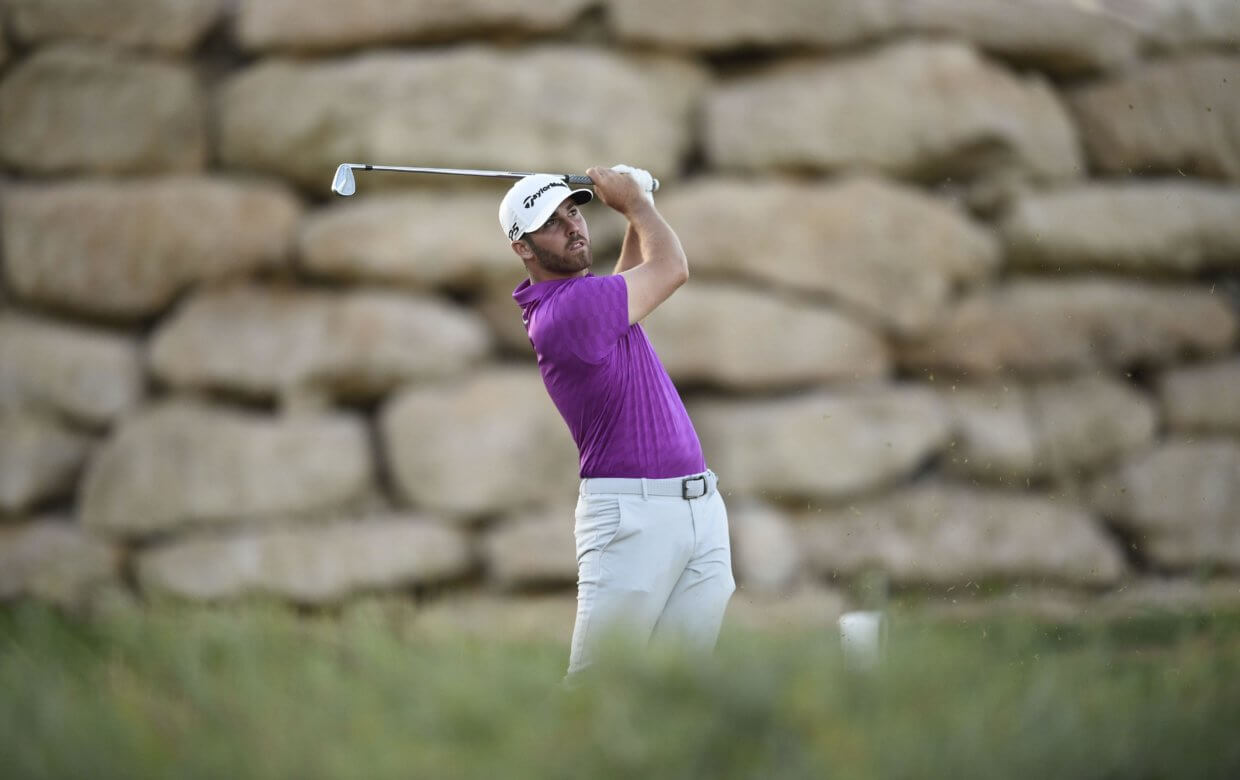 One of the stars of the new generation, Viktor Hovland, won the last Mayakoba Classic in Mexico and I’m hoping another young buck, the exciting Matt Wolff, can do the same on his El Camaleon debut. The tournament has a new name, the World Wide Tech Championship, new sponsors until 2027 and a winner’s cheque of just under $1.3m, even more than Aussie 50/1 shot Lucas Herbert picked up in windy Bermuda on Sunday. We’re in the wrong game! 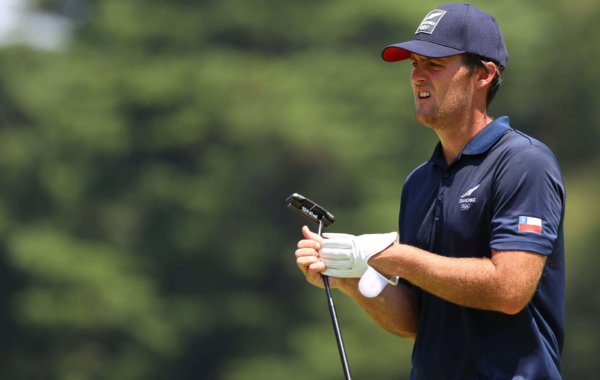 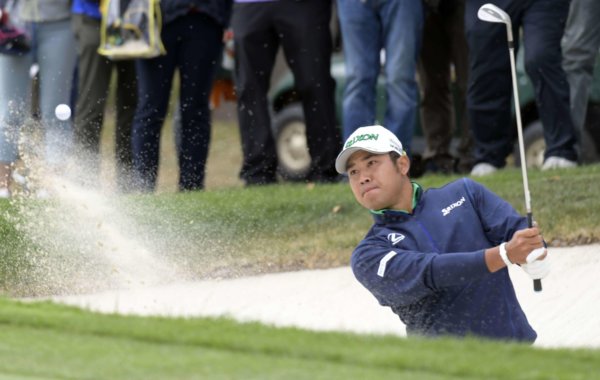