Doing my research for this week’s Wyndham Championship in North Carolina, one name stood out – the 2017 winner Henrik Stenson. The same Henrik Stenson who has just given up the opportunity to captain Europe in the next Ryder Cup and has instead thrown in his lot with the new Saudi-backed LIV marauders.

The same Stenson who snapped up the $40m signing-on fee and proceeded on his LIV debut in New Jersey last weekend to conjure up from nowhere the sort of form that beat Phil Mickelson in an epic Open Championship head-to-head six years before.

That Wyndham victory the following year was particularly noteworthy because it was the last time the Swede won on either the PGA or European Tours, apart from the off-season charity event, the 2019 Hero World Challenge.

So low had Stenson’s fortunes sunk that when he signed for LIV he ranked 173rd in the game and, apart from finishing a distant runner-up to the female winner of the Scandinavian Mixed he co-hosted in June, his golf had been a car-crash.

No wonder he teed off an 80/1 rag against the likes of Dustin Johnson, Brooks Koepka, Bryson DeChambeau and Patrick Reed at the Trump venue. To get such a surge of adrenaline, such a lift to your credibility as a golfer must have been worth the anguish of being labelled Mr Bad Guy for turning his back on the honour of leading Europe in Rome.

After all, golf is basically a selfish game – you turn professional for what you can get out of it. You’re on your own. Unless you’re talking Ryder Cup, it’s not a team game.

Go on – be honest. Would you rather have $44m with the prospect of plenty more where that came from and at the same time proving to yourself you can still do it… or would you like to head into retirement having led Europe to possibly as humiliating a defeat as Padraig Harrington suffered as the last captain?

Take politics, loyalty and morality out of it and it’s a no-brainer.

Stenson is obviously not in this Wyndham line-up but a number of other course winners and course specialists at the Sedgefield Country Club in Greensboro are and it is among their number, rather than the classier names with no course credentials at the head of the market, that I look for as the best bets.

To be honest, it is not a great field. How can it be when the highest-ranked player, Will Zalatoris, has yet to win a tournament? Or that another co-favourite Shane Lowry has not won since the 2019 Open? Whose only victory in the States came seven years ago?

Of course, their class may get the job done but Sedgefield, perhaps more than any other, is a canny old course where the same cute operators figure year after year, usually without any big names to frighten them.

None more so than local hero Webb Simpson who since his win in 2011 has strung together an amazing run of figures. Take the last five years – third to Stenson in 2017, second to Brandt Snedeker in ‘18, second to JT Poston in ‘19, third to Jim Herman in ‘20, seventh (but only one-shot out of a six-man play-off!) last year.

There are other with compelling records, not quite as compelling but, to compensate, are in arguably better current form than the North Carolina native who seems to be in decline, having posted only one top-ten this thin year. Yet where better to rekindle former glories?

The three to concentrate on are 2016 winner Si Woo Kim, the 2020 runner-up Billy Horschel and the 2019 champion Poston (the JT stands for James Tyree if you’re curious), all in cracking form.

South Korean star Kim adores the Wyndham venue and has twice gone close to repeating that early-career victory, his first, to be followed a year later by his greatest triumph at the Players Championship.

Last year he added a third, beating the redoubtable Cantlay at the American Express, and has been in three losing play-offs, the most recent coming at Sedgefield last year when he was one of Kevin Kisner’s victims in the six-man shootout.

Kim didn’t get quite as close the previous year when third to Brian Harman. Even so, on the back of tip-top efforts on his two latest starts, 15th at St Andrews, 14th in Detroit, he looks the man to beat in the tournament that wraps up what they call the Regular Season before the big names jump in for the three-tournament FedEx Cup play-offs.

Horschel, the other top-20 golfer in the field apart from Zalatoris, rates a big danger to add to his Memorial gains. This old-fashioned Donald Ross layout, just 7131 yards par 70, with small, tricky greens, takes some knowing and Billy is course proven.

Like Kim, he had a good Open and went 2-6-11-5 at Sedgefield between 2017 and 2020. We look forward to Horschel coming over to Wentworth next month to defend his BMW PGA title, maybe with the Wyndham trophy finally nailed. It wouldn’t be before time.

Joint record-holder Poston – he shot 22-under 258 for his first tour success in 2019 – returns in prime form and must come into the conversation after his sublime driving and putting displays at John Deere (1st), Travelers (2nd) and Heritage (3rd).

His 11th last time out to Finau at the 3M was proof his game remains rock-solid.

Don’t rule out a total Korean carry-out with Sungjae Im and impressive new kid on the block Joohyung Kim backing up Si Woo. Im was in the top ten in 2019 and 2020 while 20-year-old Joohyung (hereafter to be known by his nickname Tom) showed emphatically he can handle Ross courses when shooting 63 for seventh place at the Rocket Mortgage in Detroit on Sunday.

Coming so soon after his third place at the Scottish Open, this solidly-built youngster is clearly a prospect LIV will be keen to lure.

Ryder Cup aces Lowry and Tyrrell Hatton could give Europe a winner while Canadian Corey Conners is a big player at his best and the revived Scott Stallings put in another good shift last week. But I prefer to go with the course specialists.

Into that category you can add Kisner. First and third the last two years but disappointing when fancied last week, another past champion in tidy lefty Harman, regular contender Russell Henley (who led after 54 last year and blew it on the back nine) and Adam Scott (who missed a four-footer for the win at the first extra hole).

Henley advertised his chance with a solid top-ten on Sunday and provided he can put last year’s meltdown to the back of his mind, he should again contend on what looks like being a hot, thundery week.

After that sensational Sunday when the Lionesses won our hearts with their footballing brilliance and gave couch potatoes one more excuse (but a great one) not to leave their sofas, it’s only right that the golf spotlight shines on the women this week with the best in the world descending on Muirfield for the final 2022 Major on any tour.

While the big cats of the women’s game sort out the next AIG (British) Open champion on the famous links where Sir Nick Faldo won two Claret Jugs, the DP World Tour rank-and-file are down in Wales for the feeble Cazoo Open on Celtic Manor’s TwentyTen course (so-named as it was built for the 2010 Ryder Cup) near Newport.

There have been weak fields on the European scene this year but this may trump the lot. The favourite, Jordan Smith, has won only once and that was five years ago; the second favourite, Thomas Detry, looks a million dollars but hasn’t won at all; the third favourite, Callum Shinkwin, in 150 tournaments has finished in the first three in just three of them.

So why, having seen how wondrously entertaining top-level women’s football can be, would anyone want to watch the also-rans in Wales when at the flick of a button you can watch the creme de la creme of the women’s game in Scotland?

To see little Akara Furue go round in 62 to win the Scottish Open on Sunday was to witness something close to perfection. Will there be something as eyecatching at Celtic Manor? If so, I’m hoping Eddie Pepperell will be providing it.

Pepperell, tipped here last week at 66/1, played some gorgeous golf in his 65 on Sunday to get within a shot of first-time winner Sean Crocker in the Hero Open and is confidently predicted to turn the tables on the American.

The Englishman has been through tough times since bursting into prominence and even Ryder Cup consideration with two victories in 2018 but now appears to have found a swing he can trust under pressure. “I haven’t been in that position for a long time and tried to remember how I was when I used to think I was the best player there, and it was a relief to proved to myself I still had it in me,” he said later and who knows what this deep-thinking, intelligent golfer can now achieve?

There has to be more to come but whether it will be this week on the 7503-yard par 71 TwentyTen course where big hitters Nacho Elvira and Romain Langasque have won in past years is another matter. But the golf he played was the Pepperell of old, only better. And it was no one-off as it followed an encouraging 11th the previous week.

We do know that bombers go well on a course with three par fives over 600 yards (and unusually five short holes) and that’s where Shinkwin and one of the longest driver in the world, young South African Wilco Nienaber, come in.

Shinkwin is course-proven, having placed fourth in last year’s Welsh Open and eighth there when Celtic Manor came to the rescue with back-to-back tournaments during the Covid crisis. Crusher Callum’s current form is tasty too – seventh in Scotland on Sunday following 16th at Hillside.

Nienaber, still learning at 22, makes costly mistakes and is still to win in Europe but got off the mark on his home circuit in last year’s Dimension Data and looked a winner waiting to happen when chasing home the leaders at Fairmont St Andrews at the weekend. This course should be even more in his wheelhouse.

Thorbjorn Olesen, Hurly Long and Jens Dantorp complete the staking plan. British Masters champion Olesen has already had a nibble of the Cazoo cash when sharing 11th with Pepperell at Hillside last time out; Long keeps impressing on either side of the Atlantic and this German will soon be losing his maiden tag; Dantorp is going for three good weeks in a row following eighth at Hillside and fifth at Fairmont. 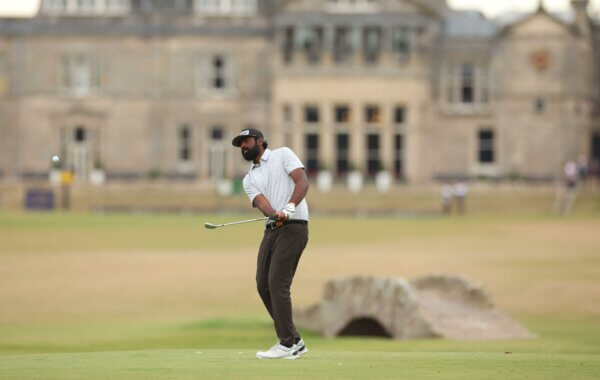 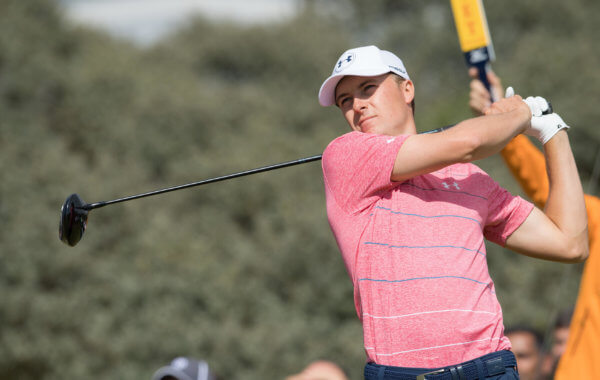