Lowry to give Europe a Ryder Cup lift

With two of sport’s most potentially thrilling contests, the Ryder Cup and Solheim Cup, coming up in September, Europe needs as many boosts as it can get as, despite holding the trophies, they are clear outsiders for both.

That is almost inevitable given both matches are on American soil, the men at Whistling Straits, Wisconsin, on September 24-26, the women first up at Inverness CC in Toledo, Ohio, on September 4-6, a Monday finish.

But winning ‘away’ is nothing new to the Europeans. The guys have won three times in enemy territory while the gals scored by a massive margin in Colorado in 2013. So if you fancy either – Fitzdares have the women at 2/1 and men at 7/4 – don’t be put off.

The women got a real shot-in-the-arm from Anna Nordqvist leading a European rout of the American visitors at Carnoustie, but Jon Rahm’s failure to hang on to a lead in New Jersey came as a shock, particularly to those of us who had backed the 9/1 favourite.

As the world No. 1, burly Rahm carries much of the burden when Padraig Harrington’s team sets off for Whistling Straits and Europe needs the Spaniard to be at his happy best if the Cup is to be retained.

He goes to Maryland to defend his BMW Championship this week for the second leg of the FedEx Cup play-offs at a venue new to the tour at Caves Valley, Owings Mills, a short drive from Baltimore.

The course, a 7542-yard par 72 Tom Fabio design, has been lengthened and made tougher with additional bunkering. The harder they make it, the bigger the chance of the marquee names.

The 6/1 for Rahm on a strange course and after an unexpected setback is plenty short enough. Instead I’m hoping Irishman Shane Lowry can turn a raft of top-15 finishes into that elusive W and give Europe a timely Ryder Cup boost, himself a tasty $1.7m cheque and punters a 40/1 winner.

The field has been shrivelled down to 70 from the 124 who played Liberty National – where nearly man Tony Finau finally got it done – with the elite 30 going off to Atlanta, Georgia, for next week’s Tour Championship showdown at East Lake.

To supplement my Lowry investment, Valspar winner Sam Burns looks a decent 50/1 shot based on the way he played for three days in New Jersey.

Since that breakthrough victory in Florida, Burns has rattled the crossbar with two second places, the most recent coming in five-star WGC company in Memphis. He looks a real talent.

You could have had 60/1 about Finau before he teed off in New Jersey last week but it will be a long time before you see those sort of odds again. For the legion of punters who have been following the big man with the size 14.5 shoes over a cliff for years, it was finally time to collect.

Eight times a runner-up, three times on the wrong side of play-offs, 39 top-tens, ten of them in Majors … the gentle giant from Utah has had to grin and bear it as he has done with unfailingly good grace but now he’s got that ‘loser’ label off his back, who knows what he can achieve?

Finau’s victory at storm-hit Liberty National has sent him soaring to the No. 1 spot on the FedEx Cup ladder with a great chance of getting his hands on the $15m bonus.

Casualties from Sunday’s cull include Ryder Cup Brits Tyrrell Hatton, Ian Poulter and Matt Fitzpatrick while poor Patrick Reed, who had to withdraw last week with an ankle injury sustained at St Jude, has now been diagnosed with bilateral pneumonia.

Standing at nine on the Ryder qualifiers list, he now misses the BMW too and may have to rely on a wild card if he is to play his ‘Captain America’ role at Whistling Straits.

The only significant men’s tournaments to have been staged at Caves Valley were the 2002 US Senior Open won by putting wizard Don Pooley and 2017 Senior Players Championship won by Scott McCarron. The two nines have been switched to make spectator-viewing easier.

With nothing for course form students to get their teeth into, punters may prefer to wait until they see who is best suited to this sizeable piece of real estate.

The last BMW at Olympia Fields two years ago was a real thriller with Dustin Johnson holing a 43-footer to get into a play-off with Rahm, who hit back with a 66-footer in extra-time of his own to clinch the deal.

Although Justin Thomas struggled in New Jersey, in finishing T4 after not bringing his A game with him is a tribute to his fighting spirit. Expect JT to go well.

Open champion Collin Morikawa did not even make it to the weekend, a rare blip by the usually super-consistent Californian, nor did DJ who rarely impresses these days.

Finau will surely suffer some reaction to his mighty triumph but daren’t take his foot off the pedal with those FedEx millions staring him in the face.

Rory McIlroy still looks a work in progress but Shane Lowry is in better form and worth an interest at 40/1. He has a long string of top-15 finishes to his name  – Sunday’s 11th in New Jersey another one – and a W looks just around the corner.

Olympic gold medalist Xander Schauffele must enter the conversation after hovering all week around the top of Northern Trust leaderboard and Alex Noren, fourth for the second time in his last five outings, could have been underrated.

Could Noren be on Captain Harrington’s shopping list for a Ryder wild card? Many of the alternatives are less appealing.

No weather problems in Baltimore, certainly nothing like New Jersey’s Biblical downpours, but it will be hot and sticky for the first two days (up to 34C), little to no wind, but cooling down on Saturday when rain is expected.

Only three tournaments to go before Ryder Cup captain Padraig Harrington names his three wild-card picks for next month’s showdown in Wisconsin and Francesco Molinari can stake a late claim to one of them in the Swiss Alps.

Molinari’s last-ditch attempt to retain his Ryder Cup place tees off at the European Masters in picturesque Crans-sur-Sierre and carries on to his national Open in Rome before ending up at Wentworth for the BMW PGA.

It is after the European Tour’s flagship event on September 12 that Harrington will finalise his squad for the Cup defence at Whistling Straits and, after a pretty wretched year, the little Italian has it all to do to convince Captain Pod he’s still a top-rank golfer.

Molinari is a sporting each-way bet at 40/1 to win on the tricky 6848-yard par 70 Crans course at altitude which has played host to this popular event since 1939.

It would be quite a coincidence if Molinari were to force his way in at the last-gasp saloon as it was elder brother Edoardo’s victory in the final counting tournament, the Johnnie Walker Classic at Gleneagles, that convinced Captain Monty to give him the final wild card in the 2010 squad. If only he could recapture even a glimpse of the mesmerising golf that made 2018 so special, Frankie, 38, would be a huge asset to Harrington.

Open champion at Carnoustie, first to win all five points in a Ryder Cup (four with livewire partner Tommy Fleetwood, then taking down Phil Mickelson in the singles), a breakthrough victory on US soil at Quail Hollow and finally crowned European No. 1 in the Race To Dubai … what a year!

Molinari looked like carrying that form into 2019 when he led the Masters by two with seven to play. Then the notorious short 12th bit him, he visited the water again on the 15th and then had to watch as Tiger Woods claimed his 15th Major.

The following year he transplanted his family to California and has never threatened to win anything since. There were three encouraging PGA Tour top-tens early in the year and a more recent 13th in Jon Rahm’s US Open but far too many missed cuts as well.

Now he’s a 40/1 shot in a modest 22/1 the field contest headed by another chasing Ryder Cup honours in Bernd Wiesberger. Molinari has never won at Crans but has the neat-and-tidy game for it in a brain-over-brawn week.

At the very least he could be a bit of value, as is the 50/1 for 2012 champion Ramsay who will be galvanised by the recent back-to-back victories of fellow Scots Grant Forrest and Calum Hill.

True, Ramsay is winless since 2015 but the Aberdonian journeyman arrives on the back of some of his best form in years, five decent finishes in a row, the pick of them a fourth in Ireland and ninth in the Cazoo Classic.

It was the 2016 Open champion and Olympic silver medalist who surprisingly wilted first, dumping his tee shot in the water and double-bogeying the 16th. It was the first time for ages that the Swedish joker had looked like winning and the lack of confidence in his game showed. Yet even his faltering fourth in Prague still reads better than Willett’s recent record.

The Yorkshireman’s missed cut last week was unexpected but he has a course victory over Matt Fitzpatrick and Tyrrell Hatton back in 2015 on the credit side.

Kaymer came with a late rush in Munich but just failed to snatch his first win since 2014 but then missed the cuts in the Scottish and The Open. The German former world No. 1 looks as if he can only win these days if someone gives it to him.

With Wiesberger and Sam Horsfield failing to convince under pressure, I’d sooner be on Hill, a fine swinger who shrugged off the disappointment of coming up short in his own country by making no mistake at the London Club next time out.

Birdie machine Rory Sabbatini, an Olympic silver medalist for his adopted country Slovakia, also appeals. He usually starts fast and weakens at weekends but that’s against the best in the world on the PGA Tour. This is easier.

Rasmus Hojgaard, the 20-year-old Finn who showed superstar potential with two wins last year, wasted a good opportunity last time out when failing to cash in on a tidy 54-hole lead at the London Club. He has time on his side and will definitely come again.

Belgium’s two Thomases, Detry and Pieters, South Africans Dean Burmester and Justin Harding, Richard Bland, fifth here in 2016 and more confident since his first-time win at the 478th attempt at The Belfry, and Sunday’s 25/1 winner Veerman are in with a shout too. 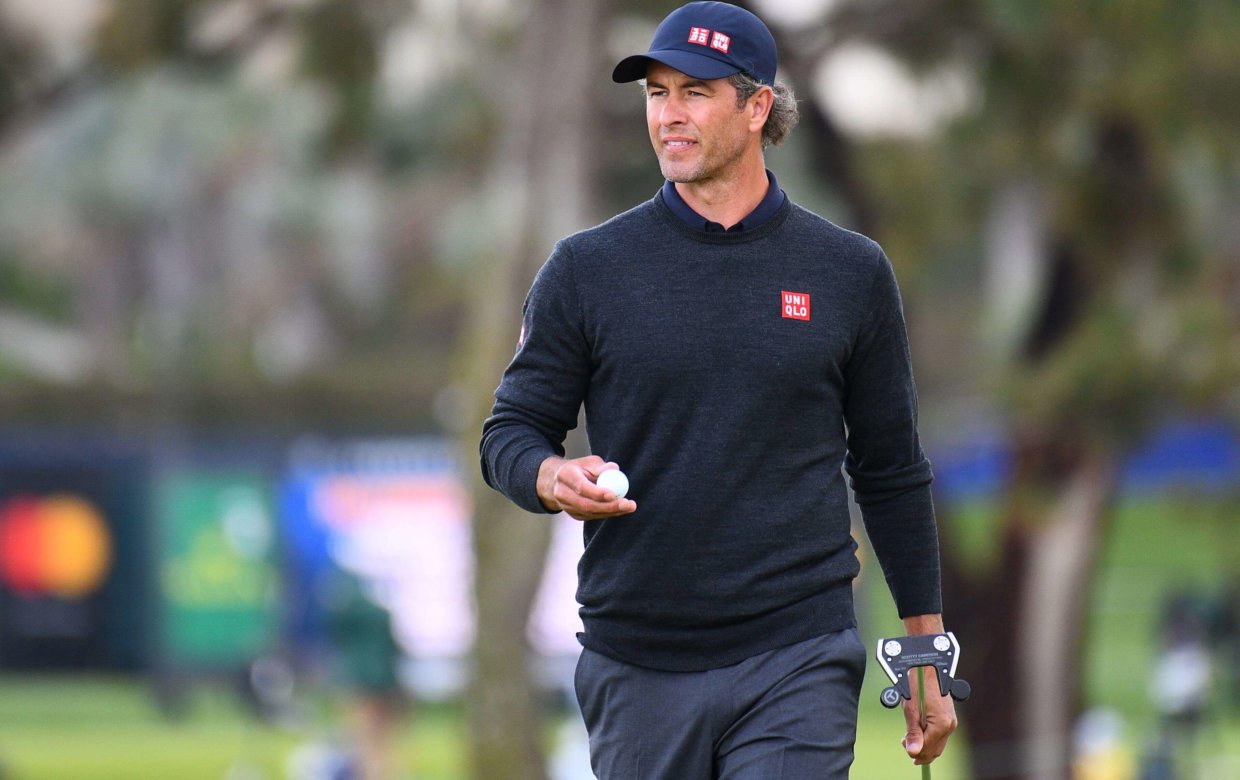 Spieth, Rahm & Scott sound like a thriving firm of long-established solicitors. This week they are the thriving trio of long-established golfers who could dominate the first leg of the FedEx Cup play-offs at Liberty National, New Jersey, just a metaphorical drive and five-iron away from Manhattan. 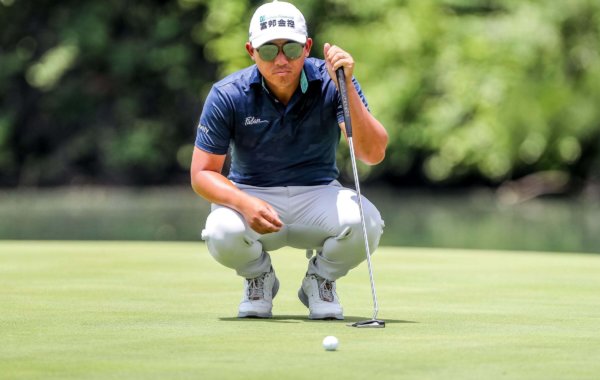 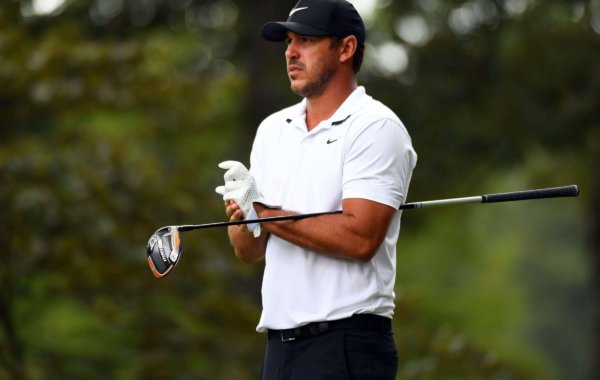