Here’s a Government Wealth Warning – back my WGC Dell Match Play picks at your peril! From 22 Match Play winners since lift-off in 1999 I’ve never found any of them, not even a finalist. But there’s always a first time! Even when Tiger Woods ruled the golfing world and won three Match Plays, I was always looking for someone to blast him out.

Peter O’Malley knocked Tiger out in round one in 2002 and Aussie compatriot Nick O’Hern had his number not once but twice in early rounds. In 18-hole eyeball-to-eyeball golf anything can happen … and often does.

So, with great trepidation I’m tipping the massively in-form Scheffler to emerge from the left side of the draw to meet either Kisner or Viktor Hovland in Sunday’s final.

With seven rounds to be played over five days – bet early, remember this is a Wednesday start – the last two standing will be weary mentally and physically so fitness counts, particularly on Saturday and Sunday when they have to go round twice.

But back in action in the Texas capital, much to the delight of the sponsors, is the magnetic Bryson DeChambeau after a long injury break. He is guaranteed three games in this format, so it will a good prep for the Masters.

Let’s start with the format and a three-day round-robin of 16 four-man groups. Each of the top 16 seeds gets his own group, with the one with the most points going through to the last 16. Two Saturday sessions bring 16 down to four, leaving Sunday for the semis, the final and third-place play-off.

All matches are over 18 holes so look for fast starters as there’s not the normal 54-hole cushion left to play catch-up. This is where you can shoot 72 and still get through (if your opponent shoots 73) or shoot 68 and go out (if the other guy shoots 67). Talk about luck of the draw!

As those two play a similar game that doesn’t rely on power, look for that type of golfer to handle Pete Dye’s layout best.

There aren’t many courses which show Kisner to best advantage but when he finds one he performs superbly. Fourth at the Players on another Dye creation, Sawgrass, and third at Waialae. Austin is clearly another that suits.

The seed in his group, Justin Thomas, was his victim the last time they faced off and Kisner will need a repeat this year if he is progress to the last 16.

World No. 1 Jon Rahm will be keen to go one better than he did five years ago when pipped by Dustin Johnson in a thrilling final and the same goes for Dallas-based Scottie Scheffler who lost out to Horschel in last year’s final.

Big Scheff is an even bigger danger now he’s got those wins at Phoenix and Bay Hill tucked under his belt, not forgetting the drubbing he inflicted on Rahm at the Ryder Cup.

He’s the odd man out in his Group with a trio of Englishmen, 2010 champion Ian Poulter, Matt Fitzpatrick and  Tommy Fleetwood, all out to take him down and out. It’s a serious test but there are no easy matches and I’m expecting Scottie to be a party-pooper to those hoping for a first European winner since McIlroy in 2015.

Hovland seems to be on every leaderboard and has a great temperament but there’s a danger in trying to relate form in 72-hole strokeplay to 18-hole matchplay. Even so, it will be a surprise if he can’t get past Group 3 rivals Will Zalatoris, recent breakthrough winner Sepp Straka and Cameron Tringale.

As a past champion, DJ can’t be ruled out but he wasn’t too convincing last week while Xander Schauffele hasn’t quite found his stride this year.

Justin Thomas, just a shot out of Sunday’s play-off at the Valspar, needs to drive better if it is to be his year. From five Match Play attempts he’s only got past the Group stage once and his great pal Kisner will take great delight in sending him home early again.

Kisner apart, players outside the 16 main seeds to consider are gutsy Swede Alex Noren, third to Bubba Watson in 2018, exciting newcomer Cam Young, already showing he has what it takes to mix it with the big boys, and ultra-consistent Russell Henley.

The underrated Noren keeps posting big finishes (6th Phoenix, 5th Honda, 12th Valspar) and it would come as no surprise if he took some big scalps. He’s in Group 10 with dual finalist Paul Casey (though not on this course), 2016 runner-up Oosthuizen and Corey Conners. Casey is much respected after his great show at Sawgrass.

Rahm hasn’t been at his best on his two latest outings and won’t be looking forward to tackling Riviera runner-up Young in Group I.

If the debutant can catch the tournament favourite on an off-day, this huge talent could see off the struggling Patrick Reed and Sebastian Munoz and advance. As No. 2 on the long-driving stats with an average poke of just under 320 yards, Young is box-office and a winner waiting to happen.

Henley’s chance comes in a weakish Group 14 against Kevin Na, Joaquin Niemann and late substitute Maverick McNealy. He has made his last 17 cuts, was runner-up at Waialae with three more top-15s since. Very much in the dogged Kisner mould, Henley’s a handful for anybody. If I was having six selections, he’d be the extra one.

We’re in for a good-weather week, about time, with plenty of sun and temperatures in the high 20s. Now we need scintillating golf to match…

Steyn City runner-up Dean Burmester is back for more as the DP World Tour returns to the desert for the rescheduled Qatar Masters where the big-hitting South African is Fitzdares’ 16/1 co-favourite with Adri Arnaus in a wide-open betting heat at Doha.

Burmester seemed to had the winner, Shaun Norris, cooked when two ahead on Sunday with just a handful of holes left but he let his compatriot off the hook and I pass him over in favour of fellow South Africans, Justin Harding and George Coetzee.

Although Harding missed the cut at Steyn City, there is every reason to believe he can turn the tables at the scene of first European success in 2019.

Both Harding’s victories have come in March – he went on win in Kenya last year – and his best form this campaign has come in the desert, fourth in Dubai and ninth at Ras Al Khaimah.

The last two Qatar Masters, won by Jorge Campillo and Antoine Rozner, came at a different venue, Education City, and Harding has to be pleased that the long-established Doha course, a 7401-yard par 72, is back on the rota.

hosted the Masters, Harding’s 13-under score getting him home by two from a group of seven who shared second place.

In that group in the log-jam for second was George Coetzee who played well for three rounds last week and merits a second chance.

Long gone are the days when marquee names were lured by hefty appearance fees to bolster the field. The stars are all in Texas where the Match Play winner get $2.1m and even the last man goes home with $40,000.

Here the financial rewards are minuscule by comparison but a win is a win and 28/1 shot Harding, with his short, abbreviated swing, handles wind better than most and the local “shamal” can sort the men out from the boys.

There are plenty with good recent form who could challenge, not least Open silver medalist and Rookie of the Year Matti Schmid, the young German who tied third at Steyn City. That was his best finish to date but there’s more to come.

A word too for Marcus Kinhult, third at Doha in 2018 and eighth in Kenya the last time we saw him. The tidy Swede is still waiting to add to his lone European success in the 2019 British Masters, so why not here when there’s nobody to frighten him.

Pablo Larrazabal, triumphant at Pecanwood two weekends ago, has course form (fourth in 2018) and is a definite threat while Jordan Smith is a model of consistency.

Twice a runner-up already this year and 16th last time out at Steyn City, it’s time to stop knocking at the door and get it done.

Spaniards Nacho Elvira and Arnaus and South Africans Burmester and Oliver Bekker all have realistic chances. Cazoo winner Elvira, one of the runners-up at Doha in 2019 and sixth the other day at Pecanwood, would be sixth pick but we’ll settle on just the five. 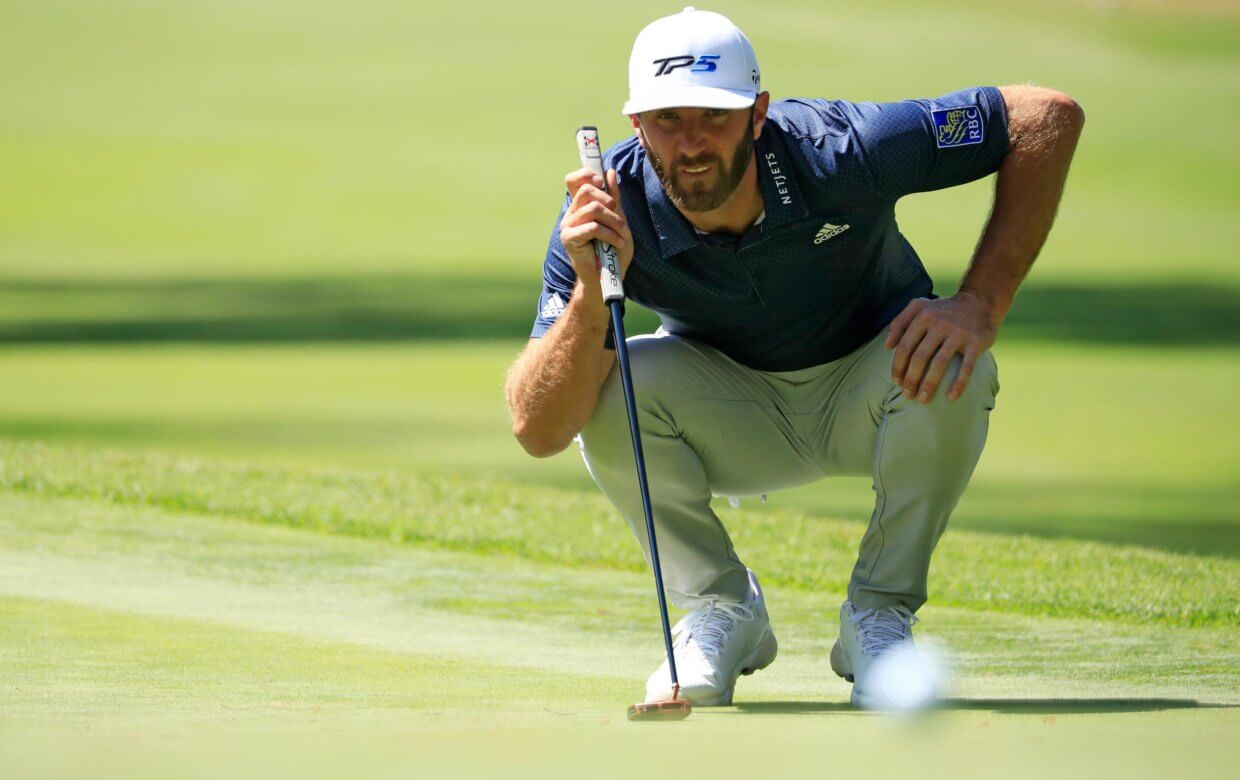 There are no Honeysuckles in the Valspar Championship but the dogwood and azaleas are coming along nicely at Augusta in readiness for next month’s Masters and that’s where former world No. 1 Dustin Johnson is heading, hopefully getting up a head of steam with an overdue first victory of 2022 in Florida this week. 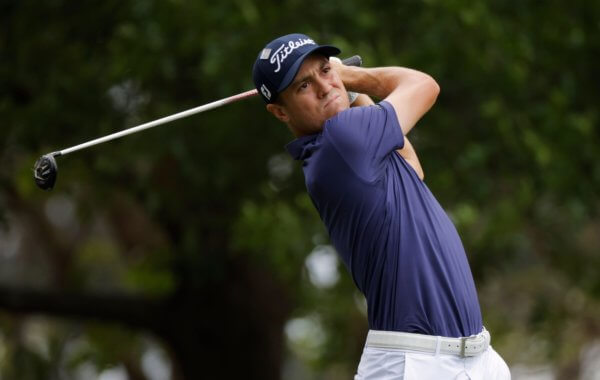 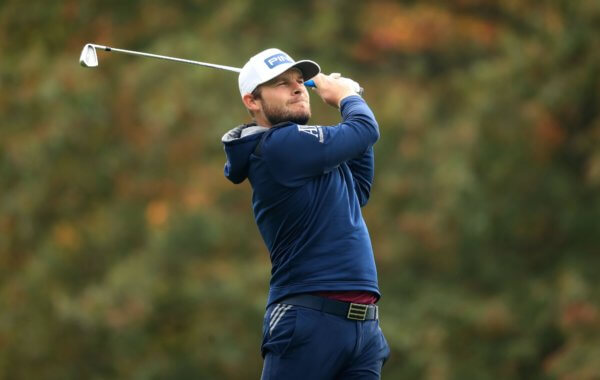 Hang your hat on Tyrrell at Bay Hill