Well, we got two-thirds of it right but the bookies got the money! Spanish Double, tick. Jon Rahm to win in Mexico, tick. Adrian Otaegui? He played like Adrian Otterly-Useless.

The Spaniard we wanted for the Catalunya Championship was not the woeful Otaegui but perennial bridesmaid Adri Arnaus, the 33/1 chance making it third time lucky after two play-off defeats in seven months by outlasting South Africa’s Oliver Bekker in a six-hole shootout that lasted almost to dusk.

As for Rahm, all you get for putting up a winning 9/2 favourite is “Anyone can do that” which is perfectly true but it won’t stop me going the same route this week when Rory McIlroy is a warm 8/1 order against tougher opposition in the Wells Fargo Championship to make it a quickfire European double on the PGA Tour.

Let me say straight away that 8/1 is not as good value as the early 5/1 we got for Rahm in Mexico.

It most certainly would be if the tournament were being played at its regular home, Quail Hollow. But it’s not, it’s at TPC Potomac at Avenel Farm, Maryland, filling in for one year only as Quail Hollow is being readied for the Presidents Cup match in September.

Rory loves Quail Hollow. It was where he won for the first time in the USA 12 years ago as a mop-haired 21-year-old when it was called the Quail Hollow Championship.

And he’s won there twice since, the last time 12 months ago. But I can find no record of him having played at Avenel. And at a 7160-yard par 70 with just two par fives, it’s almost 400 shorter than Quail Hollow and not tailored for his long hitting.

The same comment applies to powerhouse Tony Finau, who showed his first form of the year when runner-up to Rahm, who could turn out to be his biggest danger. But hitting the ball 320 yards is never a negative … unless you keep missing fairways. And that pair are noted for not spraying it about.

So although the record book shows a preponderance of short-to-medium Avenel champions – little Francesco Molinari was the last winner there (and by eight shots) in 2018 when he won everything bar the Boat Race – there’s no reason why McIlroy and Finau cannot buck the trend. With the USPGA just two weeks away – and Tiger Woods looks a likely runner – both men could do with a win.

Their length will be key on the 619-yard second and on the six par fours between 450 and 490 yards. But both need to putt well which has not always been the case. McIlroy did so in his best 2022 showing last time out at Augusta (2nd) and struggling Finau finally cracked it on a birdie-strewn weekend in Mexico where he covered the last 36 in just 129.

That’s eight fewer than winner Rahm who didn’t impress everybody, the view being that, in a weak line-up and having started with a pacemaking 64, he should not have had to rely on getting down in two from 25ft at the last to squeak home.

With a smarter start, Finau’s share of second (with outsiders Brandon Wu and Kurt Kitayama) might well have been a ‘W’ although Wu could say the same as he posted identical weekend scores.  Wu could be even better suited by the course as the neat 2020 Korn Ferry Tour champion, not a big hitter, had already shown promise when third in Puerto Rico in March.

Europe is mob-handed. McIlroy apart, cases can be made for Tyrrell Hatton, Paul Casey, Matt Fitzpatrick, Sergio Garcia and Arron Rai, with Fitzpatrick’s tidy game perfect for the course and Rai (6th at Torrey Pines, 4th in New Orleans) not only suited but riding high as he was in contention for three rounds in Mexico as well.

But at six points longer than Fitzpatrick, the volatile Hatton whom I regard as the superior golfer rates the value. A reproduction of his Bay Hill second or a small improvement on his 13th at the Players could do the trick as most of the big guns are away, McIlroy being the only top-ten player on parade.

Molinari isn’t the golfer he was when he won the Open and broke Ryder Cup records by winning all five matches when Europe routed the USA in Paris but he might appeal to horses-for-courses punters at 80/1. More obvious contenders are veteran Keegan Bradley, stylish Canadian Corey Conners and dogged Russell Henley while Patrick Reed’s improved performance in Mexico after a rough stretch is worth noting.

Bradley is of particular interest as the 2011 PGA champion has suddenly produced a flurry of eye-catching efforts. An 11th at Bay Hill, seventh at Sawgrass and eighth in the Texas Open was followed by a fine team fourth (with Brendan Steele as partner) in New Orleans.

He has course form too – fifth in the 2017 Quicken Loans. The swing isn’t pretty but don’t underestimate this fine driver.

After four months in foreign parts, the DP World Tour finally hits the UK with the Betfred British Masters at The Belfry and wouldn’t it be some fairytale if Cinderella man Richard Bland could make a successful defence of a first main-tour title that took him 478 attempts to achieve? And on his 500th European start too.

It’s just a couple of weeks before the 49-year-old mixes in heady company – even Tiger Woods is expected – at the USPGA Championship in Oklahoma but it’s business close to home first on the famed Sutton Coldfield course only half an hour from his Burton-on-Trent birthplace.

With all the leading Brits chasing a far bigger purse in Maryland, Bland has a realistic chance of an encore as that late-blooming breakthrough has transformed his confidence. No longer seeing himself as making up the numbers, he’s proved he can really play by leading last year’s US Open for two rounds and won his round-robin group at the all-star WGC Dell Match Play in March before giving mighty Dustin Johnson a scare in the knockout stages.

A shoal of high finishes in Europe after that Belfry surprise confirmed, even without a big, modern game, he can contend at most levels and although this year’s form has been steady rather than scintillating, he did chalk up a nice second in the Dubai Desert Classic.

Bland would have made greater appeal if he had fared better than 66th in his prep tournament in Catalonia but, whoever you back, he’s worth a saver. Twelve months ago he held his nerve to sink a lengthy putt in the playoff with Guido Migliozzi and when one of the principal market rivals is a fellow Golden Oldie in Lee Westwood, you just wish that some of Europe’s bigger names had chosen to help give the British season a stirring lift-off rather than chase dollars.

At world No. 58, racing fan Westwood is the second-ranked golfer in the line-up (would have been the highest but Adri Arnaus leapfrogged the Worksop wonder with Sunday’s win in Spain) and given that his best days are probably past, that doesn’t say much for the rest.

Westwood’s pedigree is much loftier than Bland’s with 25 victories in Europe alone, one of them coming in the 2007 British Masters on this week’s Alliss/Thomas layout, now a 7238-yard par 72, where Europe finally got their hands on the Ryder Cup in 1985.

He went close again at The Belfry the following year when mugged in a play-off by Gonzo Fernandez-Castano and played a big part in the last of four Ryder Cups there in 2002 when he and Sergio Garcia paired up for three big wins and Europe upset the odds.

So nobody is wiser about the course, with its risk-reward short par-four tenth right by the clubhouse one feature along with a nightmare dogleg 18th over two tracts of water, than the evergreen Lee who seems to enjoy the game more than ever.

As 2020 British Masters host, Westwood has close ties with this tournament and The Belfry is only an hour’s drive from home. On his 14th at the Masters last time out, this great supporter of European golf must have a great each-way shout, at 49 and 14 days, of beating Bland’s record as the oldest British winner.

After his first tour win at the 85th attempt on Sunday, Spaniard Arnaus comes into the conversation but as we saw with his compatriot Pablo Larrazabal, a winner in Tarragona but only a tiring 13th last week, grabbing two in a row is mighty difficult.
Now he has belatedly cracked it after being a five-time runner-up, Arnaus will have the taste and could become a multiple champion, maybe not immediately though.

This week I’m more interested in Hennie du Plessis who finished like a train to finish sixth to Arnaus, thus continuing a blistering run of form following third in Tarragona, sixth at Peconwood, seventh in the Joburg Open and runner-up on the Challenge Tour close to home in Limpopo.

Usually a fast starter but weak finisher, the beefy South African did it the other way round in Catalonia with that closing 64 and is a winner waiting to happen. Ambitious Scot Robert MacIntyre has been holding his own in top company in the States and won’t be far away. Top 12 in two Majors and eighth in this tournament last year, “BobbyMac” has promised more than he’s delivered but the talent is definitely there, particularly with the flat stick.

Ninth at the Ras Classic is his best European effort this campaign, while on the PGA Tour a 15th at Riviera and 23rd at Augusta stand close inspection given the opposition he faces here..

With the Hojgaard twins again disappointing, Thomas Detry swinging better than he scores and Laurie Canter unconvincing on Sunday when a winning opportunity presented itself, the best of the rest is surely lofty Pole Adrian Meronk.

Third on his two latest outings and third, just a shot out of the play-off that Bland won at The Belfry last time, this 6ft 6in giant, the first decent golfer to hail from Poland, has been consistently knocking on the door and one day soon someone will let him in.

South African bomber Dean Burmester, tournament host Danny Willett and a young Brit in Sam Horsfield who, like MacIntyre, is finding it hard living up to his early exploits, look the pick of the others. Horsfield blew a big chance in the final group of the Tour Championship finale at Jumeirah Estates in November and we haven’t seen him in Europe since he made an bright start to the year with a fourth and 12th in the UAE.

But we know he’s fit and rarin’ to go as he turned up at the New Orleans pairs event two weekends back. Finishing 18th with Matt Wallace doesn’t sound anything special but, put into context, that unsung pairing did outscore defending champions Cam Smith/Marc Leishman and the higher-rated English pair Tyrrell Hatton/Willett. 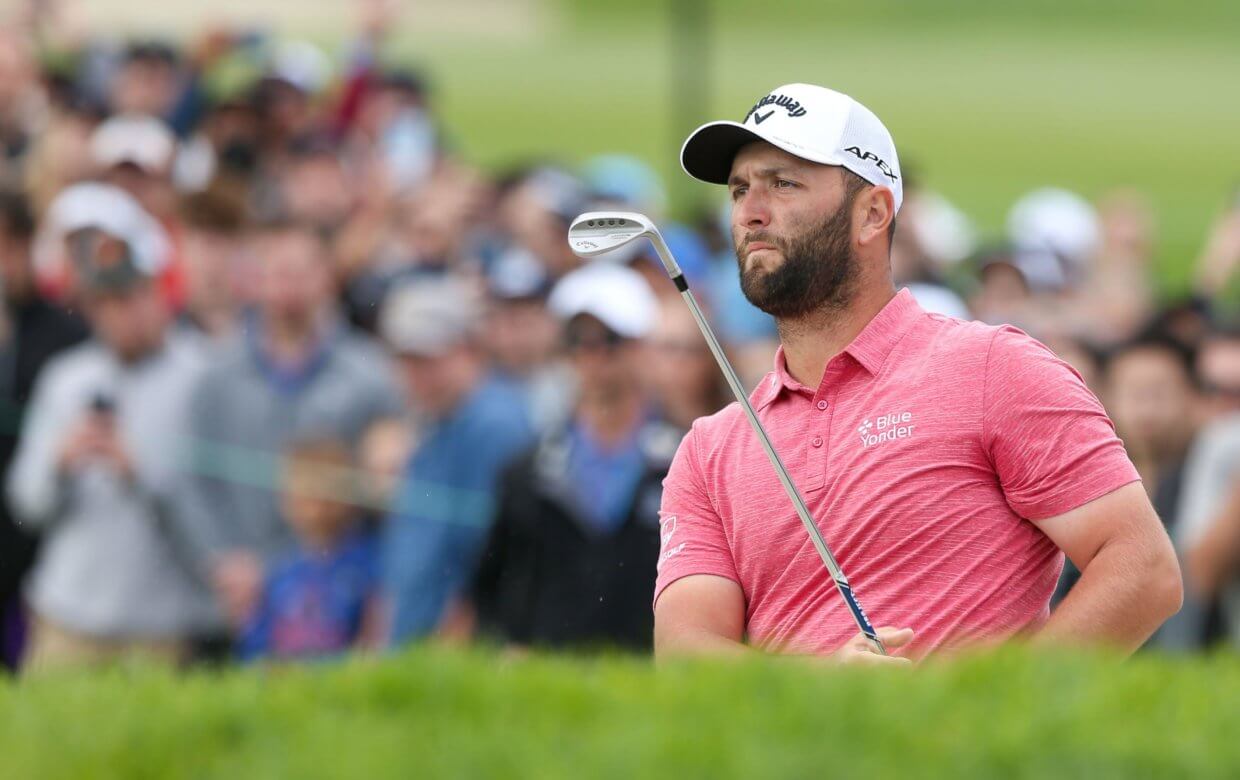 This week’s golf has a real Hispanic flavour about it with Europe playing in Spain and the PGA Tour on a rare awayday to Mexico. So why not try a Spanish double, Jon Rahm at the Mexico Championship at Vidanta and Adrian Otaegui in the Catalunya Championship in Girona? 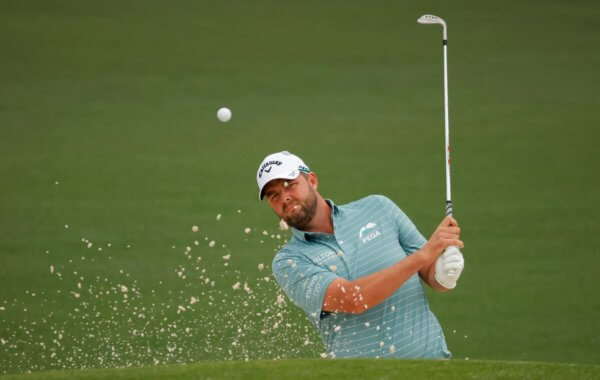 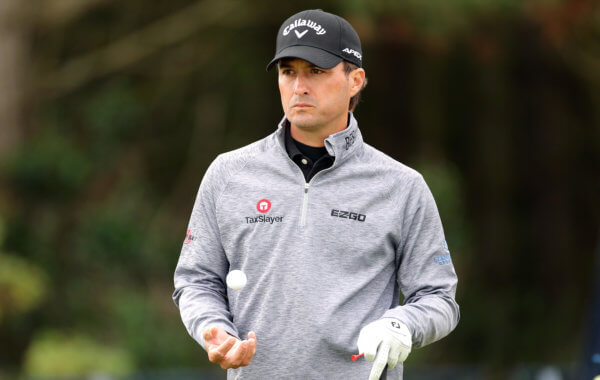