With weekend golf winners here and in the States at 80/1, 45/1 and 66/1 it wasn’t a great week to be a punter and the lack of compelling form from the Europeans in the big WGC event in Memphis must be a worry to Ryder Cup captain Padraig Harrington.

The Irishman has to figure who most deserves one of his three wild-card picks which he will announce straight after the PGA Championship at Wentworth finishes on September 12.

He didn’t find many clues at St Jude, with only Paul Casey (tied 5th) and Ian Poulter (T10) in the top ten behind first-time winner Abraham Ancer, the straight-hitting Mexican who profited from the last-nine collapse of our 40/1 selection Harris English, who had it by the short and curlies until two short-hole disasters destroyed him.

Harrington has already said it is going to be difficult for a rookie to make the final dozen for the Whistling Straits showdown, now only seven weeks away. That is not great news for hot Scot Robert MacIntyre whose 15th in tip-top company on Sunday was yet another eye-catching effort.

Young Bob is moving heaven and earth to make it to Wisconsin and this most recent effort added to eighth at the Open and 12th at Augusta in building up a serious case for inclusion. Against his chance is the absence of a win over any field of substance, his lone Euro success coming in a minor contest in Cyprus.

I can’t think Harrington will do that although his relationship with Garcia has been a frosty one in the past. The horrid truth is that only Rahm and Casey are at the top of their game and time is running out for the remaining seven.

It’s a thorny problem for the skipper. Meanwhile Fitzdares’ 4/7 for the USA looks more and more enticing although there’s the caveat that 72-hole strokeplay form and 18-hole head-to-heads are two different beasts entirely.

Turning to this week’s Wyndham Championship at the Sedgefield Country Club, not in beautiful Durham but the American version in North Carolina and, I’m preparing for another turn-up in the shape of 66/1 shot CT Pan, the Taiwanese ace who survived a seven-man play-off to win the Olympic bronze.

That was some feat by Pan as that elite play-off featured Open champion Morikawa, Casey, McIlroy and Masters hero Matsuyama and he held his nerve brilliantly.

CT won the 2019 Heritage and two out of three in that year’s Presidents Cup but the clincher is his second to Brandt Snedeker in the 2018 Wyndham on this week’s course.

It will take a wheelbarrow of birdies to win the Wyndham, one of the shorter tests at 7127 yards par 70, and as the final event before the FedEx Cup play-offs is the last chance for those on the bubble to get inside the top 125 who retain main-tour status.

In the case of hot prospect Will Zalatoris, who put up yet another eye-catching performance when eighth on Sunday, nothing less than a win will do as he’s currently playing as a temporary PGA Tour member. It’s a big ask but there’s no shortage of incentive and we shall see what he is made of.

So there’s much at stake beyond the $6.4m prize fund and a stronger-than-usual field is taking up the challenge of this 1926 Donald Ross gem, lovingly restored in 2007 to its original state.

Maybe it will be third time lucky for Matsuyama who got so close to victory in Tennessee straight after absorbing the tremendous pressure of being Japan’s big hope for Olympic gold.

He got within a stroke of winner Xander Schauffele in Tokyo before falling back to being in the play-off for bronze. It was sad to see he never even got a medal.

Hideki has enough form at Sedgefield, third to Si Woo Kim in 2016 and 11th to Brandt Snedeker two years later, to merit an interest in what could be a big week for the Asian contingent as 2016 champion Si Woo Kim has a big shout too. He was tied third here last year and is a winner early this year in the AmEx.

This is a home game for Charlotte resident Webb Simpson who has a stellar record at Sedgefield which would be unwise to ignore. He has not been at his best since an April top-ten at the Heritage but his latest efforts, top-20s at The Open and St Jude, are encouraging enough to suggest he is close to solving any problem he had.

He is back on the course where he won in 2011 and was runner-up in 2018 and 2019. Last year’s tied third behind that cunning old fox Jim Herman was pretty good too.

Erik Van Rooyen arrives after winning the Barracuda on Sunday and must come into the conversation. And who knows what that last-round 61 in Tokyo, the best score of the week, and the silver medal that followed will have done for Rory Sabbatini.

Fourth here four summers ago, Sabbatini often shoots low over the first two days but fails to sustain it. It is ten years since the last of his six PGA Tour triumphs but maybe he has one more in him.

There are plenty in with a shout. Patrick Reed scored his first win here in 2013, beating Jordan Spieth in a play-off but his current form is mixed. Valspar winner Burns, 13th to Herman last year, has to get over missing the four-footer that would have kept him in the play-off on Sunday, but his ball-striking was outstanding.

With its small, undulating greens, the course should suit Hank Lebioda who doesn’t hit it far but rolls his rock beautifully and posted back-to-back top fives at River Highlands and Detroit, while Colonial winner Jason Kokrak, tireless Robert MacIntyre, an improving Rickie Fowler and Barracuda runner-up Andrew Putnam are five more to consider.

It’s due to be hot (up to 34C) and humid, dry for the first two days but thunderstorms expected at the weekend.

Two months ago the name Vincent Norrman meant next to nothing outside his native Sweden but he made such an impression when holing his tee shot for an albatross at a 270-yard par four that it’s not a case of if but when he breaks into the big-time.

That three-wood masterstroke as an amateur invitee to the Scandi Mixed tournament marked the 23-year-old down as more than a bit out of the ordinary. People sat up and took notice. He has not let them down.

Out of just five outings since turning pro in June, Norrman has produced four scintillating performances, fifth on his pro debut in Munich swiftly followed by tenth at Celtic Manor and 11th in the World Invitational in Northern Ireland.

Now, against the weakest field he’s faced so far, he’s being tipped up by this old scribe who reckons he knows a good one when he sees one.

It’s great to have three tournaments in the oft-neglected South with the Cazoo Classic teeing off  just four weeks after the Open at Royal St George’s. The European Tour’s flagship event, the BMW PGA Championship, completes the southern trilogy at Wentworth in mid-September.

Ryder Cup hopeful and eight-time Euro winner Bernd Wiesberger heads the Cazoo market but despite a May victory in modest company in Denmark, the Austrian has rarely been at his best this campaign and played poorly in the four Majors.

He could dominate on the London Club’s Heritage course, a Nicklaus design near Brand’s Hatch that’s new to Wiesberger and is where Ross Fisher stuffed Sergio Garcia by seven in the 2008 European Open, form that’s so old that it has grown a beard.

Positive mental associations with a course might help turn Ross’s thin year around but there’s nothing in his current form to justify an investment.

Watch out for a big week for the Scots provided they stop celebrating Grant Forrest’s Hero Open triumph by Thursday. Forrest is in the field but winning back to back is never easy and compatriot David Law, only a couple of shots behind Forrest in fourth place at Fairmont St Andrews, is fancied to turn the tables.

The Aberdonian won’t, of course, have home advantage this week but that was his best finish since winning the Vic Open in Australia in early 2019. He has now made eight cuts in a row, Sunday’s fourth and a Hamburg seventh the best of them.

Top-20s in Sweden and Wales immediately preceded that high-quality effort in Scotland and encourage the thought that something good is due to happen to Law.

Fellow Aberdonian Richie Ramsay should put up another good show and it was good to see Lucas Bjerregaard in contention last week – it’s a while since the 2019 Dunhill Links champion sparkled – but great putting and scrambling couldn’t mask.wild tee-to-green play and more evidence is needed before investing in the dashing Dane.

Victor Perez has to find something quickly if the Frenchman is to catch Ryder Cup captain Harrington’s eye and there won’t be any easier opportunities. It’s a long time since he was fourth in Saudi and ninth at Sawgrass and unless he has a big week here, I can see Perez missing out on the trip to Wisconsin.

I’d rather be on Sihwan Kim, top-ten in two of his last three outings, or Shubhankar Sharma, who is emerging from the long slump that followed those two early wins. His 16th in Scotland followed fair efforts in Wales and Northern Ireland. The weather is also on the improve with a dry, sunny forecast for the four days. 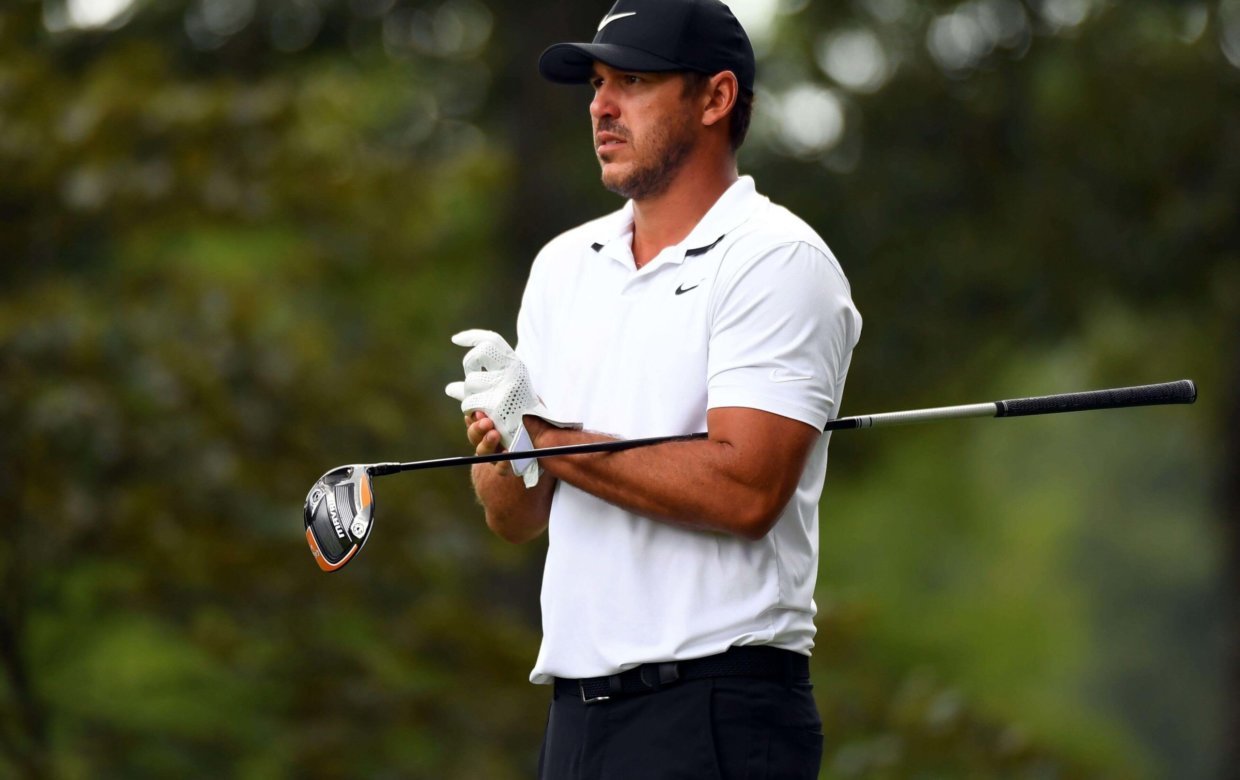 There’s a brilliant line-up in Memphis for the St Jude Invitational, these days one of the $10.5m World Golf Championship bonanzas, with only world No. 1 Jon Rahm and Christiaan Bezuidenhout of the top 50 missing. 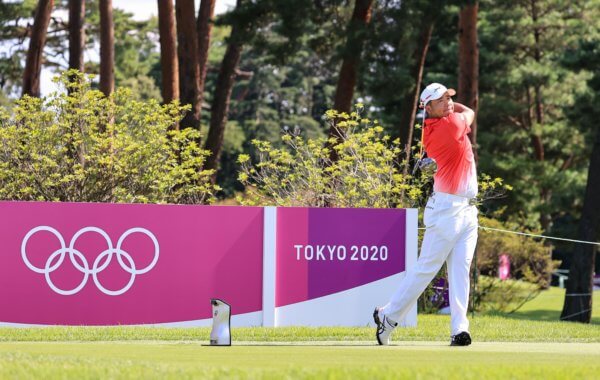 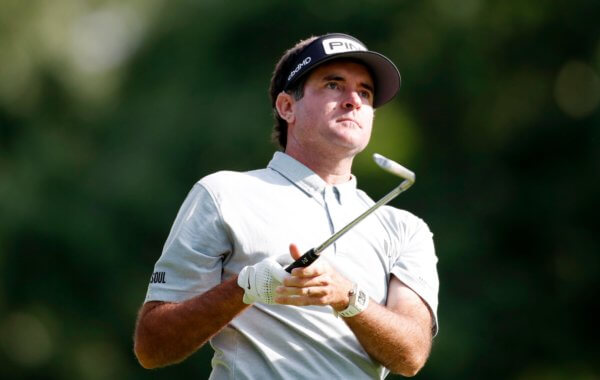