NEW MEMBER OFFER: Back Europe to win the 2021 Ryder Cup and get a FREE BET to half your stake! T&Cs apply.

If the combined world rankings of the two Ryder Cup teams mean anything, this year’s long-awaited renewal of the biennial clash between Europe and the USA at Whistling Straits would be no contest. Maths was never my strongest subject, but I have Europe’s good men and true adding up to 370 to the USA’s 107, a massive difference of 263.

Thankfully for the hopes of Padraig Harrington’s underdogs, what happens in 18-hole head-to-heads often bears little relation to rankings principally based on 72-hole strokeplay competitions.
And the Ryder Cup has such tremendous volatility. When the last European team played in the States, at Hazeltine five years ago, they got well and truly stuffed by 17-11. Yet two years later in Paris they turned that result on its head with a landslide 17.5-10.5 triumph.

Despite being the Cup-holders, Europe tee off in Wisconsin on Friday as 15/8 outsiders. They are used to that underdog tag on US soil but, having already won four as the away team, in 1987, 1995, 2004 (by nine points!) and 2012 (who will ever forget the Miracle at Medinah after starting the singles four behind) they know anything is possible.

Instead of Miracle at Medinah maybe it’s going to be the Wonder of Whistling this time but I’m not holding my breath as a comfortable victory for the USA is anticipated, much as I hate backing against my own team.

For those with greater faith in Europe, Fitzdares have come up with a great incentive, half your stake returned as a free bet up to £25, for new members. So let’s see what is in their favour.

For starters, they have world No. 1 Jon Rahm on their side, he’s US Open champion and top-ten an amazing 15 times from 23 outings this year. There was a blip last week when Rahm missed the cut in California and he can’t afford any blips this week as anything less than a stellar performance from the Spaniard and our chaps will surely perish.

The Europeans also have history on their side – they lead 11-8 with one dead-heat since Great Britain and Ireland brought in the continental Europeans at White Sulphur Springs in 1979 for a contest that was becoming so one-sided that something had to be done to save it.

Jack Nicklaus it was, a man who always looked at the bigger picture, whose concession to Tony Jacklin in the 14-14 tie in 1969 has gone into golfing folklore as the epitome of sportsmanship, who suggested the change.

It took a while for the new formula to produce a European victory but when it came at The Belfry in 1985 it opened the door to some magnificently nail-biting encounters. This may be another cliffhanger and let’s hope it is. Even 14-14 would be more than acceptable as a tie – a 12/1 chance – means Europe retain the trophy they have won in four of the last five renewals.

The main problem with that is that only Rahm and Ryder rookies Viktor Hovland and Shane Lowry are playing consistently well if we discount Rahm’s missed cut last week and Hovland’s modest 49th at Wentworth. He is Norway’s first Ryder Cup player.

You never know which Rory McIlroy is going to turn up these days, Tyrrell Hatton, Tommy Fleetwood and Matt Fitzpatrick, all key men, have had disappointing years and Paul Casey, Sergio Garcia, Lee Westwood and Ian Poulter are all over 40 and, in the case of three of them, probably past their best.

Newcomer Bernd Wiesberger’s collapse with the European Masters his for the taking at Crans is still fresh in the mind. His nerve will be tested far more in the cauldron of a Ryder Cup where 95% of the massive crowds will be rooting for the USA because of Covid’s effect on the travelling plans of Europe’s army of supporters.

With so many veterans – the average age is 35 – Harrington has quite a job keeping them fresh for Sunday’s singles on a long, tiring 7500-yard course and it will be interesting to see who he gives five outings to.

Last time Francesco Molinari came up trumps as the first-ever five-out-of-five scorer but he is one of several big names who haven’t made the side. The late bursts of form from Justin Rose and Henrik Stenson were not enough to change Harrington’s mind. Rose, in particular, will be greatly missed but the bottom line is that whoever the captain had picked, the result would probably be much the same.

The Wentworth victory of Billy Horschel, the only American PGA Tour visitor in the field, did nothing for European morale, nor did the glaring absence from the top ten of any of the current European team. And Horschel didn’t even make the US team!

On the positive side, Europe’s Solheim Cup triumph in Ohio as similarly-priced outsiders earlier this month must be an inspiration. The choice of this Pete and Alice Dye course is interesting as it is modelled on the great Scottish and Irish links and, with 967 bunkers (that’s not a misprint!), is far from being your typical American layout.

Three USPGA Championships have been played there, in 2003, 2010 and 2015, none of which was won by Americans. One went to a European, Martin Kaymer, the others to Vijay Singh and Jason Day.

Once an abandoned airfield, Whistling Straits, opened 23 years ago, has wide fairways, large rolling greens, few trees and a bunker count that puts it in a league of its own. Even combining the four most-bunkered British links, they only work out at 494, just over halfway towards the Whistling Straits total.
While the home side does not house the world’s No. 1 golfer, they do have the next six on the rankings and nine of the top 11.

It is an awesome strength-in-depth task force they bring to the battleground and it says much for their quality that no place can be found for ‘Captain America’ Patrick Reed, who brings so much passion into the dressing room and on the course, or a reigning Major champion in Phil Mickelson.

Even though past 50, Mickelson showed he is still a force with that extraordinary PGA Championship victory at Kiawah Island (another Dye design) in May. He is not the only Major champion to be ignored. The same fate befell John Daly not once but twice after winning the 1991 PGA and the 1995 Open at St Andrews.
The course has been tailored to suit American bombers Bryson DeChambeau, Brooks Koepka (the only time that warring pair want to be sitting next to each other!), Dustin Johnson and Tony Finau, while dodgy drivers Jordan Spieth and Justin Thomas will often get away with it on these wide fairways, giving Spieth every chance of weaving his short-game magic.

FedEx Cup champion Patrick Cantlay and Olympic gold medalist Xander Schauffele are frighteningly efficient and while Open champion Collin Morikawa may have gone slightly off the boil, his B game is still better than most people’s A.

Believe it or not, Morikawa’s highly respectable 295-yard average drive makes him the shortest hitter in an American line-up which boasts seven who crunch it past the 300 marker. New boys Harris English and Daniel Berger look rock-solid and unlikely to crack under pressure and the only question mark against Scottie Scheffler is that he’s the only non-winner in a starry line-up.

While some rain is likely on day one, the weekend looks set fair although winds of up to 18mph are coming in from Lake Michigan – all four par threes are among the eight which run alongside the shoreline. Sky are giving it blanket coverage as you would expect and one year late thanks to the dreaded you-know-what, here’s hoping the wait is worth it.

The first foursomes pairings will be announced at Thursday’s opening ceremony (10pm our time) and the action, foursomes and fourballs the first two days and 12 singles on Sunday, tees off at 7.05pm Friday. Bring it on!

After Sunday’s 300/1 first victory in six years by Swedish journeyman Kristoffer Broberg in Holland and 500/1 US Open triumph by tennis teen machine Emma Ranucanu, punters are down but not out.
A correct-score bet on the Ryder Cup outcome could refill the piggy bank and as I’m all over a decisive home win for the USA, it stands to reason the result I’m looking for is somewhere between 16-12 and 18-10.

On the top-scorer markets, you probably need somebody who plays all five sessions so strong-as-an-ox Jon Rahm is the one to be on at 100/30 for top European. The world No. 1 will lead from the front like Monty used to.

Paul Casey, who has a fine matchplay record, and first-timer Shane Lowry, who has been in decent form all year, have good each-way claims with Fitzdares paying three places on this 12-runner field.
On the top US list, Brooks Koepka’s recent wrist injury suggests he won’t be asked to play more than once a day. Backing him is too risky.

Jordan Spieth’s course form as runner-up to an inspired Jason Day in the 2015 USPGA plus a stirring 2021 comeback puts him in the frame for top US wild card at 3/1 – there are only six runners – while Dustin Johnson has a score to settle with Whistling Straits.

It was there 11 years ago that DJ stood on the 72nd leading the PGA field by one. His drive finished on a sandy patch he didn’t think was a bunker so he grounded his club and smashed it out, only to be informed it was one of the course’s 967 bunkers and handed a two-shot penalty that left him, you’ve guessed it, two short of the playoff.

Johnson has not been great the last couple of months but a sixth and eighth on his two latest outings suggest he’s an each-way play at 11/1 on the combined top-scorer market. The winner of these top-scorer markets generally comes from the eight players picked for the opening foursomes so it’s best to wait until Thursday’s draw before getting involved. 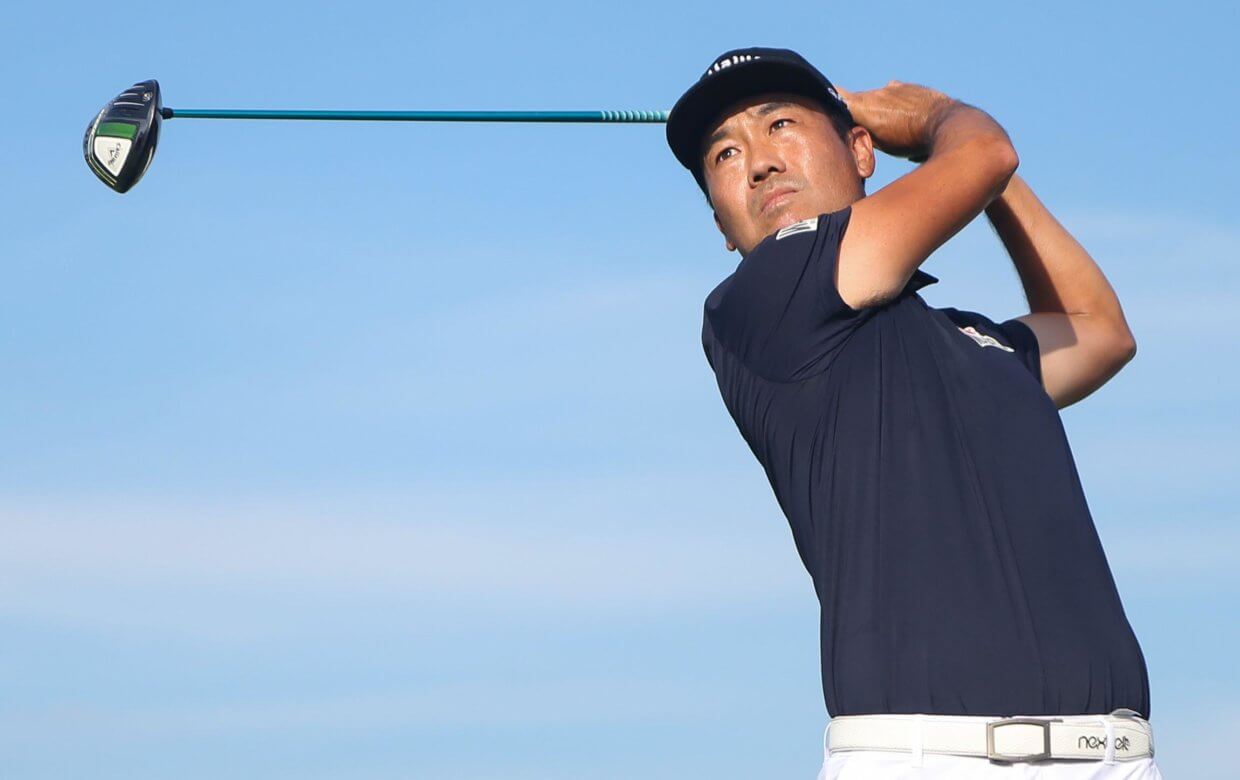 The first question the bookmakers are asking punters as the curtain goes up on the 2021-22 PGA golf season at the Fortinet Championship in sunny California is: Do you want to back the world No. 1 Jon Rahm at 4/1 or not? Although the field also features two other reigning Major champions in Hideki Matsuyama and the evergreen Phil Mickelson, it is far from the strongest and Rahm is the only member of the recently-announced Ryder Cup sides taking part. 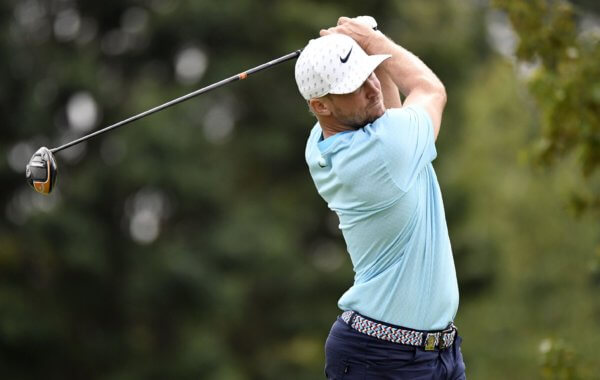 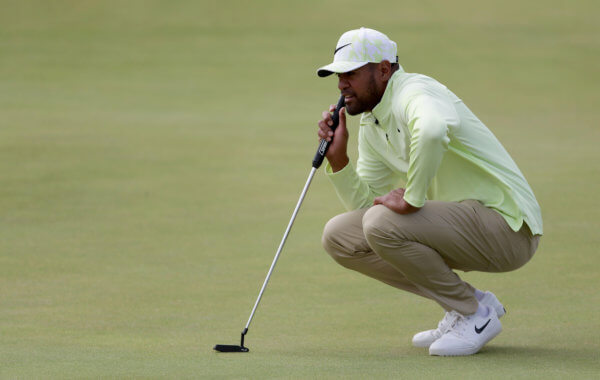