The ugly division between the DP World Tour and the defectors to the new Saudi-funded LIV circuit deepens with the reluctant, forced addition of Ian Poulter, Justin Harding and Adrian Otaegui to the 156 Scottish Open runners after their bans from the $8m tournament were put on hold by a Sports Resolution appeals tribunal.

Now the whole week at the Renaissance Club in North Berwick will be marred and the 150th Open Championship itself scarred by a row which will run and run as LIV becomes the main topic of conversation rather than Tiger Woods’ participation at St Andrews or who is going to win the Claret Jug.

One highly unlikely to lift either prize is Poulter whose two LIV efforts to date have seen the one-time Ryder Cup hero finish eight and ten over par for 20th and 40th places. For those woeful scores, the English star has been rewarded with $326,000 no less.

What with the big signing-on fee, a shorter working week (54 holes), no 6am alarm calls for crack-of-Dawn tee times, afternoon shotgun starts, plenty of extra family time between tournaments (the next in New Jersey not until the 29th), it’s easy to see why the big names have been tempted.

And for the lesser, younger ones it’s an end to worrying about how to pay the bills when they miss the cut and don’t get a bean for their labours. At LIV there is no cut and everybody, even those who play rubbish, gets paid.

Speaking of rubbish, the entire LIV performances by the British and Irish contingent, with the honourable exception of Sam Horsfield, the only Brit to finish under par in either tournament (he did so in both), has been little short of an embarrassment.

In finishing fifth and 11th and a modest six under par for 108 holes, Horsfield finds himself $1.5m better off, nice work if you can get it and now Paul Casey is going to help himself to some of the loot once he’s played the Open. That makes one-third of the 24 golfers who competed in the last Ryder Cup to have joined the “rebels”. Who next?

Henrik Stenson, who has the unenviable task of trying to put together a Ryder Cup squad which will give the Americans a game in Rome next year, must be tearing his hair out and if those defectors are barred, as might well be the case, although they can still play majors, he’ll be bald by the end of it.

While the others are probably past it, Casey, Sergio Garcia and Horsfield are three the Swede would surely want in the team which, with Tyrrell Hatton and Tommy Fleetwood a fair way from their best, he has only Jon Rahm, Rory McIlroy, Matt Fitzpatrick, Viktor Hovland and Shane Lowry as cast-iron certs.

Sunday’s 33/1 Irish Open winner Adrien Meronk tossed his hat into the Ryder ring with his overdue breakthrough at Mount Juliet and the 6ft 6in Pole has to be on Stenson’s short list along with the revived Thomas Pieters but at Fitzdares’ 9/5 on Europe, are you a layer or backer? At the moment, I know which I would be!

Meronk and fast-finishing Irish runner-up Ryan Fox are back in action this week in what is a glorious aperitif to St Andrews with nine of the world’s top ten turning out in a star-studded field for the most competitive Scottish Open in history.

Amazingly, golfaholic Fox tees it up for the tenth week running but will do well to shine in a line-up where the only absent star is Rory McIlroy who, along with a certain T Woods, has been thrilling bumper JP McManus Pro-Am crowds in Limerick where Travelers winner Xander Schauffele continued his great run.

US Open champ Fitzpatrick and a who’s who of world golf are playing both events and it remains to be seen whether the extra rounds in Ireland benefit their performance or leaves them fatigued by the weekend. But with FedEx Cup points now on the line, punters can be assured the PGA Tour contingent will be off for their lives.

This is the fourth edition at the linksy Tom Doak-designed creation carved out of 300 acres of pine forests in 2008 and highlighted by the three-hole coastline stretch in mid-round. The tenth with its green close to a cliff edge high above the Firth of Forth is particularly dramatic.

Looking at past results, all of which went into extra time, at 7291 yards par 71 it rewards straight drivers with sharp short games rather than big hitters. Fitzpatrick, pipped by Min Woo Lee in last year’s three-man shootout, Open champion Collin Morikawa and Arron Rai, victor over Tommy Fleetwood in the 2020 playoff, are three who fit that description and are worth an interest.

Jon Rahm and world No. 1 Scottie Scheffler head Fitzdares’ market but they came last year, played nicely enough but failed to conquer and Rahm’s game is less secure 12 months on.

In contrast, Fitzpatrick is metaphorically ten foot taller now he’s knocked off his first Major and at 20/1 looks an each-way steal although such is the depth of a field which has attracted more than 50 PGA Tour regulars that defending champion Lee is on offer at 160/1. No surprise really as the Aussie has been having a thin time in America.

Patrick Cantlay is the right type to contend but played so abysmally in the last round of the Travelers when saddled with our money that it is hard to forgive. His great pal Schauffele looks a safer bet.

In the week before his Open defence, Morikawa will be more than keen to get into title mode. After a few disappointing weeks, he returned to something like his best when fifth to Fitzpatrick at the US Open. He might well have won with a half-decent third round but a 77 put paid to that.

Justin Thomas, eighth last year and ninth when Bernd Wiesberger won in 2019, was a disappointment at Brookline but that great PGA Championship comeback is still fresh in the mind and four fine rounds for third at the Canadian Open were impressive.

He must be in the mix and while Rai was a mite disappointing after a good first 36 at the Irish Open, the man from Wolverhampton still looks the best outsider along with Christiaan Bezuidenhout, runner-up to JT Poston at the JDC on Sunday and another with the right game for Renaissance. Both are at 66/1.

Others to look out for are the reliable Hovland, exciting US rookie Cameron Young and Memorial winner Billy Horschel, already successful on U.K. soil at Wentworth last year.

Expect a breezy, cloudy, warm week but possibly a Sunday finish in the rain. The wind will keep the scoring down but with the standard so high it will probably take 18 under or better to get the job done. Stand by for an exciting weekend!

If you have any lust for golf-watching left after Sky’s all-day Scottish Open coverage – a demanding, bum-numbing job but somebody has to do it – there’s the weedy Barbasol Championship in Kentucky to get you through the late evening.

This little chap has new status as it is now PGA and DP World Tour co-sanctioned which means Europeans are more than welcome. Yet as any good ones are involved in Scotland or else have a utopian life on inflated Saudi incomes with LIV, the Euro invaders at Keene Trace are understandably a long way below prime cut.

Not that they have much to beat with promising newcomer Chris Gotterup, silver-haired journeyman Kevin Streelman and world No. 158 Adam Svensson the market leaders. Even so, no European is shorter than 50/1 in Fitzdares’ list.

Streelman, at 129 the highest-ranked golfer in the 144-man line-up would you believe, is steady but no more, has not won since 2014 and even with a hole in one at Deere Run last week was unable to finish in the top 40. Surely, surely somebody will beat him?

Although total prize money of $3.7m is less than the winner of one LIV Tour event picks up in a 54-hole week, it’s a big deal to these strugglers who have to fork out for caddie fees, travel and hotels and get nothing to pay the bills with if they miss the cut.

Irishman Seamus Power is not in Kentucky to defend – he’s committed to the JP McManus Pro-Am early in the week and trying to fit Kentucky in between that and the Open is just too hectic – while the man he beat in last year’s playoff, JT Poston, has withdrawn after going wire to wire at Deere Run.

‘The Postman’ (JT’s Twitter handle) is not delivering. Instead, JT (James Tyree if you’re really interested but I expect you’re not) is replanning his schedule now that his victory has earned him a late spot at St Andrews. There’s one more place up for grabs this weekend at Keene Trace.

The 7328-yard par 71 is tailored for birdies but Jim Herman’s 26-under record in 2019 won’t be beaten as the par was 72 then and the weather was a lot kinder. Prepare for storm stoppages as it will be steamy hot and thundery until clearing up for the final round.

One capable on current form of being on that plane to Scotland is long server Chesson Hadley whose career was on the line a few weeks back after missing 13 out of 14 cuts but the lanky South Carolinan pulled it round with fifth at the Travelers, quickly followed by a second top-ten on Sunday.

Fingers crossed for three good weeks in a row but preference is for 22-year-old Gotterup, only a pro for a month but fourth, close behind Poston, at Deere Run.

Seventh in the Puerto Rico Open before turning pro and with three strong rounds out of four when 35th at the Travelers before contending at the John Deere Classic, he is one of the few in Kentucky on the way up. The rest are either standing still or regressing.

At least Hadley has won a tournament, albeit eight years ago; Canadian Svensson, a triple champion on the Korn Ferry circuit and top-25 on his three latest outings, is still looking for the first on the main tour.

As this is probably weaker than some Korn Ferry tournaments, why not now? With earlier top-tens in Hawaii and at Honda, he has to go close. So might Hayden Buckley who has some attractive recent form in the book.

Pick of the European contingent could be progressive Nicklas Norgaard Moller, a Danish powerhouse who made top ten at the European Open and Scandinavian Mixed. Commendably consistent for a rookie with 12 cuts made out of 14, he is far from the finished article but may not need to be in this company.

There are cases to be made for Sam Ryder and Austin Cook, both inconsistent but well capable of low numbers on a course with a multitude of birdie opportunities.

Ryder has the course form (third last year, seventh in 2018) while Cook was fourth to canny Jim Herman in 2019 and has the superior recent record, 13th in Canada and 16th at the JDC.

For a 150/1 shot, you need to overlook five straight missed cuts to back Chase Hanna, an American usually plying his trade in Europe, but before his current slump he finished fourth in Belgium and sixth at the British Masters. He might be worth the chase!

For all your bets on the DP World Tour & The PGA Tour, visit our dedicated golf betting page. 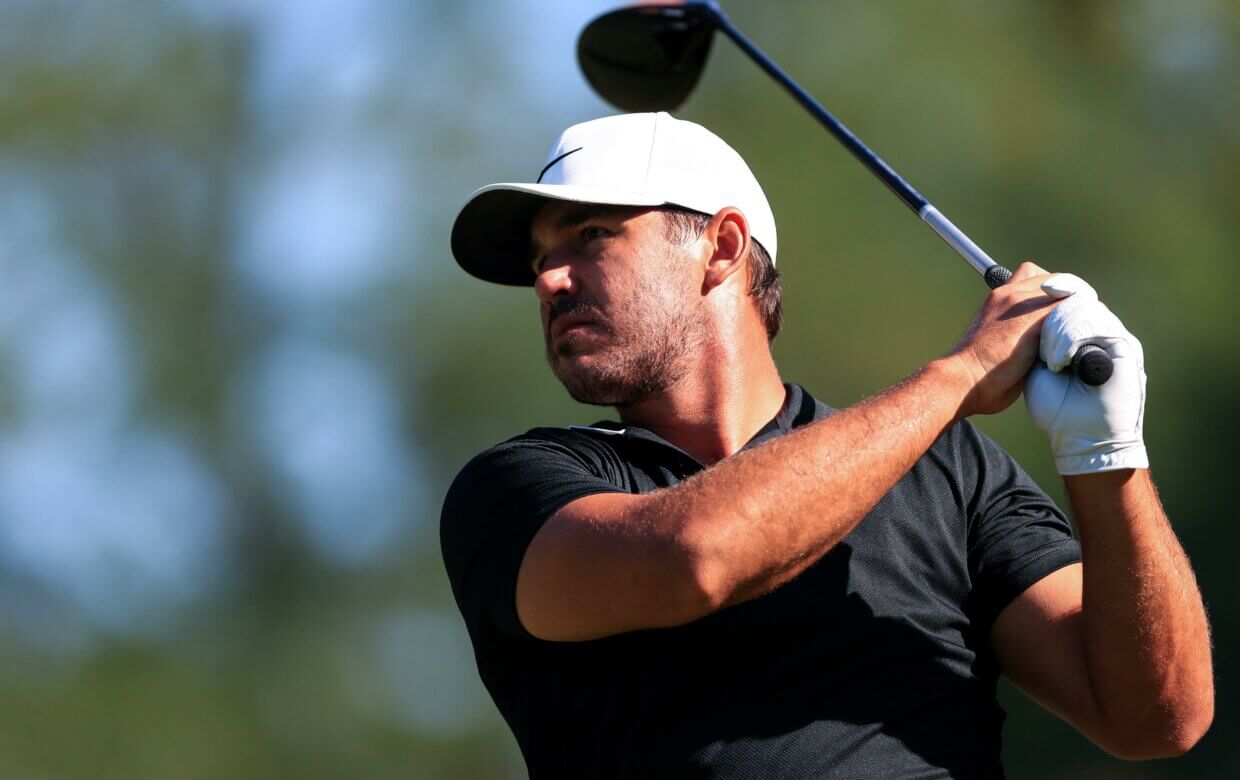 Where have all the stars gone? Admittedly we’re between two majors but there are three tournaments on the go if you count the $25m 54-hole curiosity taking place at Pumpkin Ridge in Oregon, having none of the top 16 in action here or in the US is little short of ridiculous. 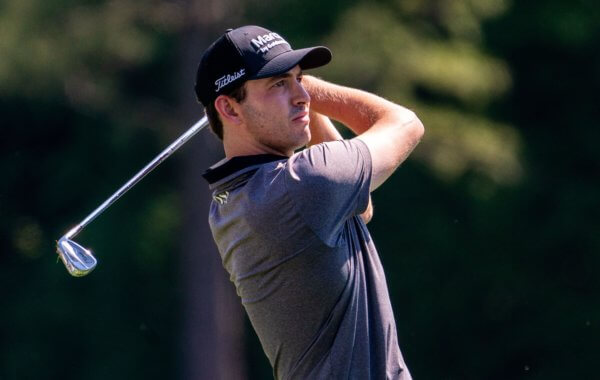 Travel first class with Cantlay in the Highlands 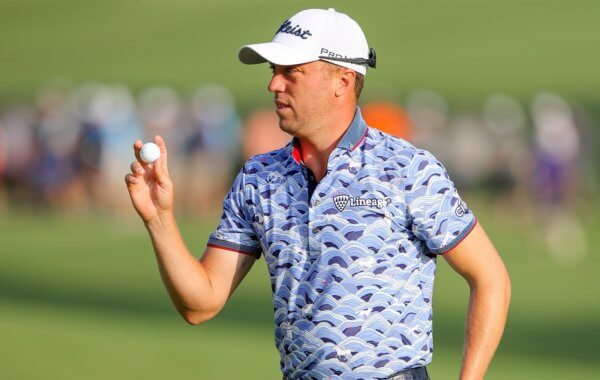