When I got the inside track on the ’68 Oaks I examined his wallet – and my conscience.

I am a baby boomer and I was destined to become a bookmaker. Born in November 1945, two months after the end of the Second World War, for the first six years of my life my parents and I lived with my grandparents and those early years shaped the path that I would follow. My grandfather was a fanatical fan of horse racing and the Arsenal. I still have the Arsenal vs Liverpool 1950 FA Cup programme and have fond memories of reliving with him the two Reggie Lewis goals that won them that memorable final.

By the age of six my party piece at the birthdays of my numerous cousins and friends would be to name every Arsenal player from that final and I needed no urging to repeat his favourite racing saying: “My grandad says Gordon Richards couldn’t ride his way out of a paper bag.” The soon-to-be-knighted Richards had ridden 4,000 winners but my grandfather never forgave him for being beaten on a 1/33 chance in a three-runner race at Epsom.

Edgar Britt and Scobie Breasley were his heroes as he believed the top Australian jockeys always had an edge over the locals. Needless to say, I always took the same view until, on a certain Friday in June 1957, I watched a 21-year-old Lester Piggott steer the Queen’s second string, Carrozza, to victory in the Oaks. I was convinced I had discovered a new superstar. Surely Lester and Scobie have never had any equals riding around Epsom, the most challenging racecourse in the world.

While other children were reading comic books, I was studying the weekly edition of Racing and Football Outlook and Saturday’s Sporting Life. Other than my birthday and Christmas Day, the highlight of my year was the arrival through the post of that special little red book, Cope’s Racegoer’s Encyclopedia. Until my teens I never missed an Epsom Spring meeting or Oaks day. My teachers knew I would be absent without leave and always accepted my mother’s sick notes with good grace.

By the time I was in my teens I was making a book on the Grand National and Derby, handing out my prices to my school-mates, friends and family and getting my comeuppance when the grey Nicholas Silver won the 1961 National. My lop-sided book resulted in very heavy losses but luckily a very old friend came to my aid to cover them.From that day on, whenever I was making a book I was always aware that anything might happen and, when it did, bookmakers had no free passes.

We will never forget Dettori Day in September 1996 when Frankie rode seven consecutive winners at Ascot. A very conservative estimate was an industry loss of £30million and Ladbrokes, being the biggest, suffered the most. I still wake up at night hoping that Pat Eddery, riding Better Offer, will get up on the line to beat Fujiyama Crest in that fateful last race of the day but he never does.

It was in June 1962 that my father pointed out an advertisement in the Evening Standard saying ‘Earn £1000 A Year At 21 With Ladbrokes’. I was later told by my boss, Gerald Green, that the only reason he chose me for that first training course was his desire to put together a formidable football team to beat the likes of William Hill, Coral and Mecca and I just happened to be the first centre-half to apply. 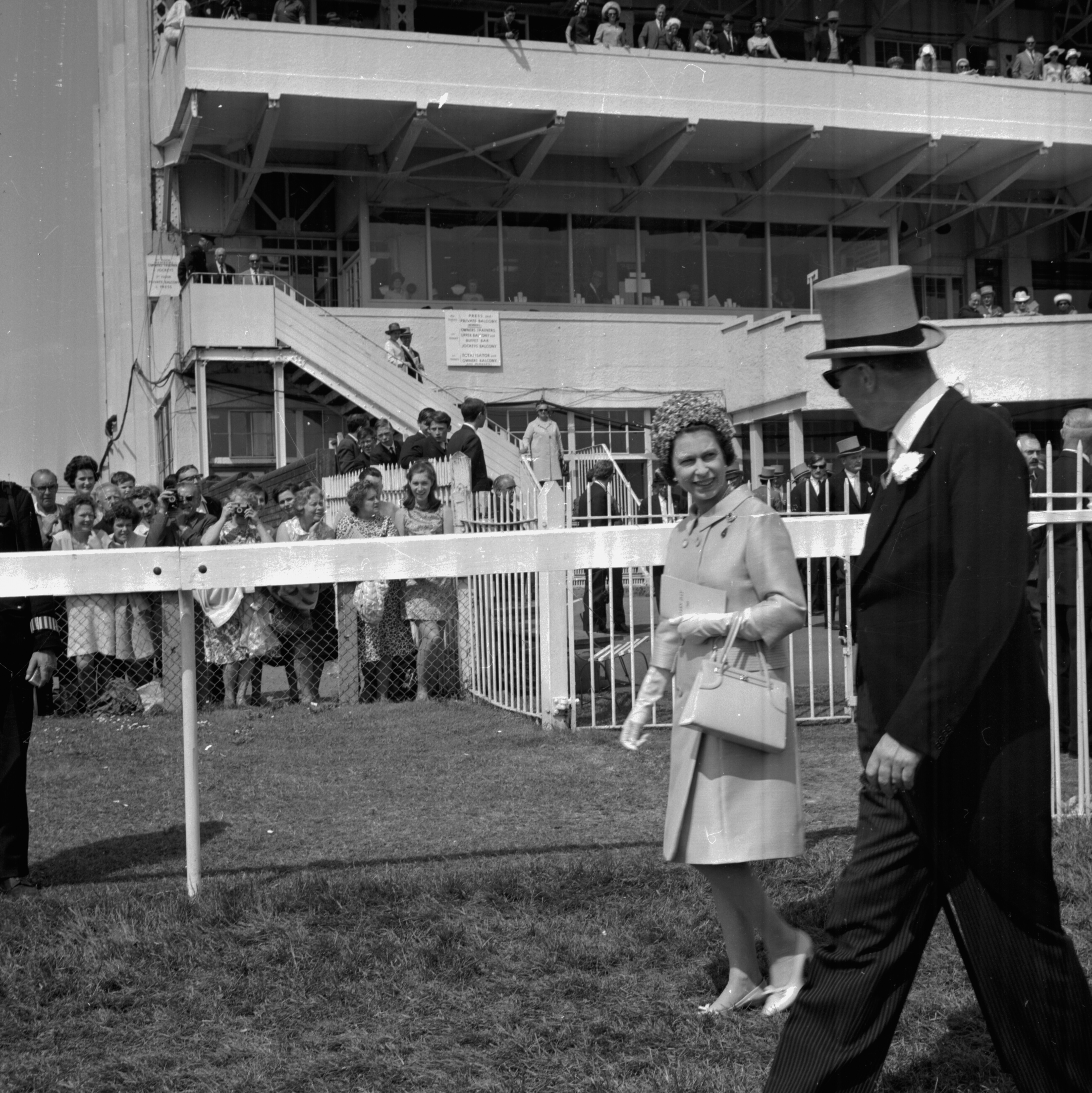 I never looked back. By 1964 I was working on the rails as a clerk for Dickie Gaskell and I was privileged to see Arkle win three consecutive Cheltenham Gold Cups and Sea Bird win the 1965 Derby with a burst of speed that has surely never been repeated in a one-and-a-half mile race. Dickie was the most important influence on my career, the most charismatic gentleman I ever met. His customer portfolio included landed gentry, owners, trainers, Hollywood stars and millionaires and he knew the value of every one of them to the business.

On my return to head office, I was based in the telephone centre as a racing room supervisor and field book clerk, sitting alongside the Racing Manager and, occasionally, legendary Ladbrokes boss Cyril Stein. One spring morning I was summoned to Cyril’s office.

There were only two possible reasons to be there – to receive a verbal warning for a misdemeanour or be dismissed. Filled with trepidation, I was ushered into his office but was greeted by a boss full of smiles. On the desk was a map of London covered with stickers. My task was to visit all the betting shops marked by yellow stickers and ask for £10 each way on La Lagune, at 33/1, for the Oaks and return the betting slips to his secretary, Mrs Saunders, but to make sure I avoided Ladbrokes, William Hill and Coral shops.

Armed with £500 in cash and with his final words (“Don’t speak to anyone and do not have a bet yourself”) ringing in my ears, I went straight to the local cafe to gather my thoughts. From my years working on the racecourse I learnt to carry cash with me, just in case, but nothing like this had ever happened to me. I had enough money to invest £10 each way and then noticed that the Burns and Downes betting shop in Berwick Street was not on the list.

Owned by Sam Burns, a future chairman of William Hill, in conjunction with Terry Downes, the former British middleweight boxing champion, their shop was the perfect outlet for me. All the major bookmakers were listing prices on the Derby and the Oaks and La Lagune was not quoted, but underneath the prices for both races was the strapline, “33/1 upwards others”.

During the next couple of hours I successfully invested £250 each way on La Lagune at 33/1 for the Oaks and returned the betting slips, safely concealed in an envelope, to Mrs Saunders for the attention of Mr C Stein, with the Burns and Downes betting slip of 10 pounds each way at 33/1 burning a hole in my pocket. At the telephone centre I discreetly sifted through all of the ante-post slips for the Classics but no bets had been struck on La Lagune for the Oaks – my mission was still top secret. The following morning, I checked the bookmakers’ advertisements and there was La Lagune at the head of the market, at 5/2, with Ladbrokes. Reading the articles in the newspapers only strengthened my confidence that this little-known French starlet was a probable runner for the race.

One of the perks of my job was to make a book in the grandstand and I would be there at Epsom to cheer her on to victory. La Lagune went to post the 8/11 favourite and was ridden by an unknown French jockey called Gerard Thiboeuf. Press speculation was more about his ability to steer the filly around Tattenham Corner than the outstanding qualities of the horse. There was no need to worry. In a small field, Gerard brought her wide into the straight, she tracked her way to the centre of the course and never saw another horse in the race, winning comfortably without being asked a serious question.

I do not believe Gerard Thiboeuf ever rode another winner in England, but for first-time Classic-winning trainer Francois Boutin it was the beginning of an illustrious career. My profit on the race was £412 10s – almost six months’ salary – and I was able to buy my first car, a handsome second hand MG Magnette saloon with leather seats. I would never have to meet my girlfriend at the bus stop or the dance hall again.

By the mid-1980’s, as Director of Trading, I would have regular policy meetings with Cyril Stein and, over coffee after one of them, I asked him if he remembered La Lagune. I still regarded him as a god, but he was a man with a great sense of humour so I did not think I was chancing my arm too much. With a twinkle in his eye, he relayed the story to me. A prominent bloodstock agent had put a call into him asking for a price for La Lagune to win the Oaks and, after agreeing one, it emerged that she had just been booked to travel over to Epsom.

She had to be clear favourite for the race if she did run. Knowing Cyril I am sure that after I, and maybe others, had handed in their envelopes of betting slips, he would have accommodated all the other major bookmakers at double-digit prices as there was no way that he would shorten up a horse from 33/1 to 5/2 without doing so.

But that question I was not going to ask. There may be many people over the years that have backed Classic winners at 33/1 or more and had the privilege of watching them win at odds-on, but there is one thing I do know – none of them ever had as much fun as I did.