How sport is helping Rwanda bounce back

The construction of a national cricket stadium in Rwanda, on the site of one of the worst atrocities of recent times, is another illustration of how sport can make a profound impact on people’s lives. There is a nice symmetry that something that gives people such enjoyment will emerge out of an event as hideous as genocide.

The original idea that led to the Rwanda Cricket Stadium Foundation’s (RCSF) creation belonged to the late Christopher Shale, who tragically died in 2011. His son Alby has driven the idea towards reality, and he stresses the fact that the project is “not just about bricks and mortar, it is more about the individuals whose lives we are changing”.

One such individual is the women’s team captain, Mary Maina. From a cricketing point of view Mary says the project has given “a tremendous hope within the confederation and this means we can up our game psychologically”. The effects of the new stadium are clearly more far-reaching than just within Rwandan cricket. “It is bringing job opportunities now with construction,” Mary continues, “then maintenance and cleaning; impacting people’s lives positively.”

The history of the site itself is something we must absolutely respect and is starkly explained by Alby. “In April 1994, on a field in a school in Kigali, 4,000 Rwandans were abandoned by US peacekeepers and attacked by local militia with machetes, grenades and guns.

Eight years later, by some strange turn of fate, that same field became Rwanda’s first cricket pitch.” The situation is comparable to that in Afghanistan, when adversity meant a lot of displaced people moved to Pakistan. Despite never having had any real interest in cricket, they picked up the sport, took it back to their country, and now Afghanistan are a thriving nation playing good cricket. Perhaps through the vision of a father and the work of a son, Rwanda may get there one day as well.

It is wonderful the way Rwanda is embracing cricket, and that people here are doing what they can to provide them with a new interest in their lives as they try to recover. People have been incredibly generous in the fundraising, with very high-profile people behind it, including David Cameron, who I saw bowling some terrible pies at Alby in the nets a couple of years ago during Alby’s successful world-record attempt at the longest ever net session.

Although that record was beaten shortly afterwards, this paved the way for a fantastic, just ridiculous, achievement in May this year when Rwandan international captain Eric Dusingizimana spent 51 hours in the nets to take the record back. He then came over to England and, between attending fundraising events, spent some time with the one-day squad.

While the record-breaking may have just been some fun, establishing the stadium is serious too and they want it to work. While Mary concedes that it is not hard to play cricket in Rwanda, the current circumstances that she describes hardly seem conducive to help the country’s fastest-growing sport: “There is only one pitch in Kigali, and few resources. You play in any space where a ball can bounce, any space in which you can field, any space you can find.” With the sport growing for both genders, for adults and children, she also points out how the new stadium will allow them to have two games going on at the same time, which is so important as “more matches and more practice and the better you will become”.

Mary’s ambition is fitting for such a project. When asked of her career highlight so far, she aptly calls upon a competition last year, staged in memory of the 1994 genocide. It’s not a personal triumph but a story of Rwanda’s growth within the East African cricketing world. “We were playing Uganda, and it was very close but we ended up losing by ten runs. The other teams call us ‘baby team’, and after the game they were saying. ‘Baby team can actually do wonders.’ I was proud of my players, proud of the hard work put into it, especially as I am the captain. That game didn’t only open the eyes of the opposition, but it was the talk of the season around the African countries: ‘Watch out for Rwanda, Rwanda is coming!’”

Soon the stadium will be available to aid that development of the nation’s cricket – a crowdfunding campaign has netted £100,000, but a further £150,0000 is needed to complete the project. Work continues, though, and phase one (pitch, nets, maintenance building) is due for completion in February/March, while work on phase two (the pavilion) has also begun. The pavilion, which will host a bar, restaurant and free HIV testing facility, is integral to the foundation’s vision of providing a sustainable, self-sufficient facility with social enterprise at its core.

Attendees at the grand opening of the facility in late October 2017 are expected to include members of the Royal Family, the Rwandan president, as well as patrons and many family and friends. Several teams are lined up to play in a round-robin tournament over the opening weekend, including Heartaches (Sir Tim Rice’s team), Authors XI, Kenya, Rwanda, and an England XI captained by Michael Vaughan.

While the main aim of the RCSF remains the building of the stadium, other practices of bringing hope through cricket are being undertaken. There is a grant from Comic Relief to be used for promoting social change through cricket, and in partnership with the UN Refugee Agency (UNHCR) the RCSF are taking cricket and coaching to refugee camps as, in Alby’s words, they look to “change the lives and long-term prospects of vulnerable young people in Rwanda through the medium of cricket, and provide a platform from which they can flourish”.

It’s such a good story, an uplifting story. It’s now up to everybody in the cricketing world to embrace it and, once it’s up and running, sell the game to the people of Rwanda. The stadium will provide the focal point that Rwanda needs and I’m sure organisations like the MCC will be out there. Part of the reason why these organisations exist these days is to take cricket around the world, so I’m sure it’s a short matter of time until an MCC team goes out to Kigali.

Alby is keen to point out that “the RCSF exists due to one man, my old man, a man who gave so much and asked so little. Who came up with an ambitious plan to build a home for cricket in Rwanda and through the essential values of cricket, he wanted to support the rebuilding of communities. It now falls to us to realise his vision.” This is a vision that Mary describes as a “game-changer”, which seems incredibly apt for Rwanda, cricket and sport itself, as the opportunity to provide such hope can be realised.

Jonathan Agnew is the BBC’s cricket correspondent and a patron of the Rwanda Cricket Stadium Foundation – www.rcsf.org.uk 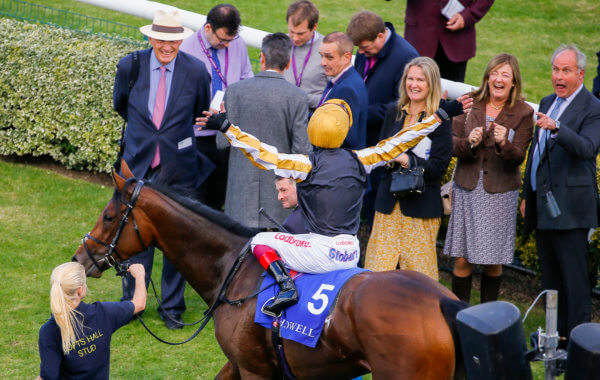