Shining at the Copper Box

When we last spoke to rising star Jonathan Kumuteo, he’d just won his first professional fight and finally, it seemed as though everything that he had been working so hard for all these years was beginning to pay dividends. This week, we caught up with him again, just days before his second professional bout to get the inside scoop on his preparations, what we can expect second time round and what the future could look like for JK.

How has your training been in prep for your second fight? Has everything gone smoothly?

It’s been intense. It has been a constant reminder for me of how difficult the sport really is. When you enjoy doing something, it doesn’t feel like a job but there’s been times for me over the past couple of weeks where I’ve really felt that I’ve had to give that extra 20 or 30%. Other than that, it’s gone really smoothly though, no injuries, no niggles. There’s nothing going into the fight that I’ve got to worry about. I’m in a great headspace.

You mention the intensity of your training, with now less than a week until fight night, what does a normal training day look like for you? Is it just a case of keeping everything in order?

Last week was the last really tough week. This week leading up [to the fight], I’m just trying to make sure that I am not too heavy, that I’m making my weight category. There’s also now just a bit of ticking over to do. I’ll be going to the gym this afternoon for a small workout, to keep the weight in check but also just to make sure that I’m keeping sharp, keeping ready.

“I’m going to put on a great show, potentially steal the show in fact on Friday night!”

You’re fighting in front of an audience on Friday night. How excited are you about this?

I’m really looking forward to it. Lots of family and friends from all over the UK will be there to come and watch so it will be great. I actually haven’t boxed in front of a crowd in three years now! It should be an electric atmosphere; I can’t wait for it.

I think it’ll be great to show my supporters where I have disappeared to, these past few years! I’m excited to show that all the sacrifices I have made will come to fruition on Friday night. Visibly, they’ll see all the hard work and dedication we’ve been putting in, in the gym. That’s what I’m most looking forward to.

When we caught up in May, you told me that your first fight was a ‘C-minus performance’ and that there was so much more to come. What should we look out for on Friday?

I think you’ll see improvements in all aspects of my game. You’ll see a more active JK, more ferocious with my punching. You’ll see just a fantastic performance, from the ring entrance to the exit. I’m going to put on a great show, potentially steal the show in fact on Friday! I think with the crowd there, they’re definitely going to feed me some more energy, if I need it. But once I get through those ropes, I zone in, it’s me vs my opponent. I just forget anything else that’s happening. It’s a tunnel vision kind of thing.

Previously, you told us that you were in the ‘building’ phase of your career. As you approach your second fight do you feel the same way?

Yeah, 100%. This is only my second fight in my pro career. The debut marked the end of the beginning for me. This, for me, is the start of a new journey. I felt that my first fight was somewhat of a dress rehearsal, so now this is the real thing, in front of a crowd. As the world returns to something like normality, this is going to be a great starting point on a new journey for me.

Here we are, just days away from your second fight. It’s been a hell of a journey for you. Could you touch a bit on how Fitzdares have supported you throughout the last few years?

I am so appreciative of Fitzdares and the Fitzdares Club for always being there for me. Small things like inviting me to events to watch racing and other sports have been great. It has been nice to be in a different environment and I really appreciate the chance to be around great people. I look forward to spending more time with you guys.

What’s next after Friday? I don’t want to get too far ahead of ourselves but what can we expect after your second professional fight?

Moving forward, it’s all about activity for me. Now that lockdowns are hopefully out of the way, it’s about trying to box as frequently as I can. Hopefully, I’ll be able to box in various different stadiums and arenas throughout the UK. I want to be back boxing in a few months and then look to really up the frequency in 2022. What’s exciting is I know there is so much more to come. This really is the start of the next chapter. 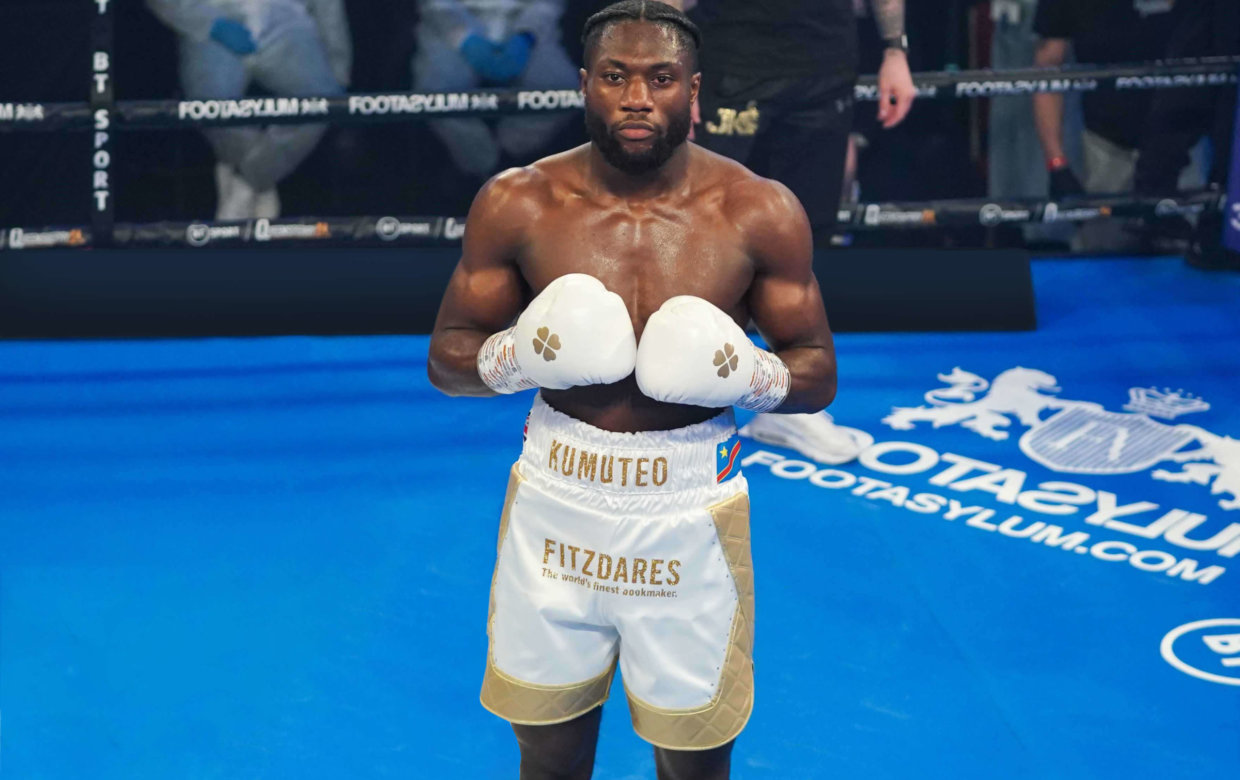 Rising from The Ned

Jonathan Kumuteo, who competed in the first Fitzdares Fighting Futures boxing event in 2017, tells us how a long fight of a different kind is finally paying dividends for him.