There’s a wonderful line in Ernest Hemingway’s The Sun Also Rises when a character named Mike is asked how he went bankrupt. “Two ways,” he replies. “Gradually, then suddenly.” For decades, Americans have been gambling on sports – just not with ease. The sportsbooks of the Las Vegas casinos hummed away, bets could be placed if you knew the right guy locally, and offshore websites have been an option for the more digitally savvy in the past 20 years.

A 2018 Supreme Court ruling that enabled states to legalise gambling set in motion a feeding frenzy, with operators moving in, sporting organisations and media owners exploring new revenue streams and punters enjoying straightforward access. Inevitably, many of those who were already partial to some action have increased their consumption, and a whole tribe of new converts have jumped aboard.

The line between sports and gambling had been blurring long before the legislative changes now applied in more than 20 US states and counting. Points spreads have been a staple of mainstream sports broadcasting for years. Jimmy “The Greek” Snyder was giving his take on handicaps on CBS’s NFL Today on Sunday afternoons in the Seventies; the great Bill Simmons began his Guess the Lines podcast more than 10 years ago; and the onset of fantasy sports meant cash prize tournaments, latterly enhanced in frequency and scope by daily fantasy. 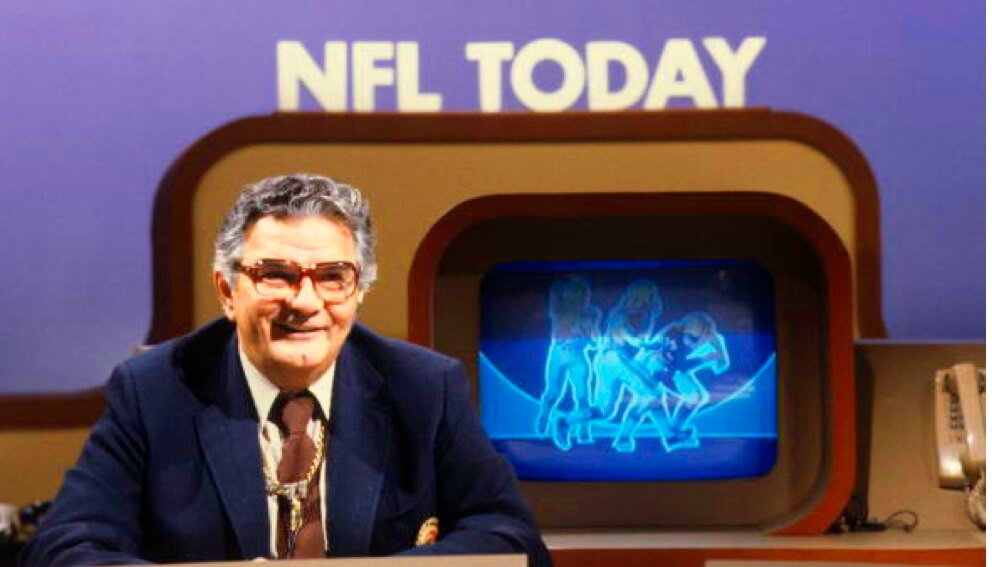 More than $20 billion has been bet with US sportsbooks since May 2018. At Super Bowl LIII in Atlanta in the February after the Supreme Court ruling, I was chatting to a CNN journalist who told me he’d heard the amounts being gambled in New Jersey were doubling month-on-month, which at the time I took with a pinch of salt. A few months later, it was reported that more than $3 billion had been wagered in New Jersey alone. The speed of the growth was startling.

Initially in the US, the sports that are generating the most money from gamblers are the major ones territorially: NFL, college football, NBA and MLB. But what about after that? “Soccer and tennis are above NHL. We’re also seeing a lot more in-play betting,” says Brad Allen, an expert in sports gambling and a journalist at Legal Sports Report. “In the UK, a major platform sees circa 80 per cent of its action in-play. The US is getting up to around 50 per cent at some of the bigger books.”

The rise in popularity of soccer in the US will continue irrespective of gambling, but interest in the sport is only going to be enhanced by the opportunity to wager on it. Other minority sports will look to leverage similar opportunities, building out a new fanbase through association, and revenue.

The more established US leagues and franchises are grabbing the opportunities too, in many cases glad of the extra cash provided in lean times where Covid-19 has affected turnover. The NBA and MLB have deals in place with operators, but the NFL, while naming Caesars as its official casino partner, has held off aligning with a sportsbook in the US, though has set up deals in international territories, including the UK.

Broadcast advertising during games is starting to appear, with brands wading heavily into that market.

Teams within the NFL have been quicker off the mark, with franchises including the Denver Broncos, Detroit Lions and Chicago Bears all signed up with official sportsbook partners. “Teams have fully embraced [gambling]. The industry is still seen as new, quite novel,” says Allen.

MLS became the first major league to look at shirt sponsorship deals, though the NFL has held firm that opportunities like that, and others (stadium naming rights), are off the table. Broadcast advertising during games is starting to appear, with brands wading heavily into that market, although the risk of over-saturation is a concern.

Alongside teams, media are also moving quickly in the space. Sports Illustrated has its own gambling section nestled alongside NFL and NBA editorial, and many others offer premium content, requiring subscription, of which betting advice forms a key part of the offering behind the paywall. TV shows and podcasts dedicated to gambling tips are flourishing, and Fox has launched its own book, Fox Bet, with others like Barstool following suit.

And of course, all this will continue to accelerate as more states look to legalise. With around half the country able to bet legally, how long will it be before most or even all states have sportsbooks? “I’d say close to ten years,” says Allen. “It’s inevitable eventually. There are huge states [Texas, California] where there are significant obstacles, so it’s not all going to happen in the next few years.”

Nat Coombs has his own show on ESPN and is a Fitzdares WhatSport Ambassador.