Considering Tom Brady as he gears up for his 10th Super Bowl appearance, I’m mindful of the following Jed Bartlet quote from the excellent American drama The West Wing:

“Is it possible to be astonished, but at the same time, not surprised?”

Once again, Brady has defied his critics, of which there were many for much of this season, his first in Tampa Bay, as there have been improbably through his remarkable career.

He’s can’t throw a deep ball, they told us. His offence looks static and sluggish, compared to those marshalled by the next-gen quarterbacks, we heard. Tampa Bay won’t make the playoffs, and if they do, they won’t be a threat, we were assured. Yet here we are again, Brady going for his seventh Super Bowl ring, one win away from further entrenching his legacy as the greatest of all time.

Standing in his way is one of those young gun QB’s, but one who already carries himself as a seasoned pro and has established an early career trajectory that may yet parallel Brady’s. Patrick Mahomes is looking to win back-to-back Super Bowls with the Kansas City Chiefs and is the lynchpin of one of the most dynamic offences the league has ever seen.

Landing in the NFL as a first-round pick – unlike Brady who was (in)famously drafted 199th overall back in 2000 – Mahomes and the Chiefs have been a perfect marriage. A big arm, fused with his impressive mobility has made him the prototypical dual threat QB, and his athletic prowess is underpinned by an ability to read situations at a lighting quick speed, and he possesses a fearlessness that prompts (calculated) risk taking, often proving to be the difference maker.

The Chiefs are led by Head Coach Andy Reid, an offensive innovator, who has built the latest iteration of his always progressive playbook, around Mahomes.

Over the years, Reid had found success with other dual threat quarterbacks including Donovan McNabb and Michael Vick, and his continual drive to explore and imagine new ideas allowed the Chiefs the potential to create an enhanced version of his prototype, dependent on finding the right players to execute it. And in Mahomes, he found his next generation playmaker.

The result is often staggeringly exciting. Arming his young quarterback with a talented array of supporting characters, including some of the fastest receivers in the game, the Mahomes/Reid Chiefs have dazzled the NFL in the last few years. Utilising pre snap movement and motion, they freewheel like  crazy, Reid moving his pieces around the board at breakneck pace, Mahomes seemingly able to pull off any throw required.

In Travis Kelce, he has the most effective Tight End in the game who puts up elite WR numbers (1416, 11 TD’s in the regular season) but at 260lbs doubles down with blocking ability that helps make the offence tick. Tyreek Hill (1276, 15TD’s) is a burner, a big play threat that regularly undoes best laid plans, Sammy Watkins & Mecole Hardman a supporting duo that would be the leading lights on other lesser teams, and a ground game galvanised by the rookie Clyde Edwards-Helaire, a strong and powerful runner who still picked up over 800 yards in an injury hit season and should be fit for the big game.

Brady has an all-star line-up at his disposal too, led by wide receiver Mike Evans (1006 Yards, 13 TD’s), with slot receiver Chris Godwin (840, yds 7TD’s), future HOF’er, and erstwhile Brady tag team partner, Tight End Rob Gronkowksi, who, like Kelce does a lot of key blocking work alongside his offensive productivity, and big play threat Scotty Miller, who’s touchdown just before half time against Green Bay in the NFC Championship game proved hugely significant. Antonio Brown is Brady’s reclamation project, a highly talented WR affected by off-field issues, who has sharpened as the season has gone on, though is a major injury doubt for the game.

Another reclamation project – for slightly different reasons – former 3rd overall pick running back Leonard Fournette has formed an impactful tandem with Ronald Jones in the backfield. And it’s an offence, that really started to find identity and rhythm as the season developed.

So how will Andy Reid, and Bucs Head Coach Bruce Arians – and their respective Defensive co-ordinators Steve Spagnuolo & Todd Bowles, look to keep these powerful offences, run by demonstrably great QB’s, in check?

Bowles, and the Tampa Bay D have been winning a lot of plaudits this season, particularly in the off season, winning match ups against both the Saints and Packers, two of the most complete, and dangerous offences in the league.

Their linebacking corp is critical to their success, with Devin White and Shaq Barrett in particular adding speed and bite. They can cover a lot of ground and this enables their secondary to play deeper and match up well against big play downfield threats. The versatility that the fast backers enable serves to often neutralise an oppositions underneath game, competitive in the short and mid-level middle of the field routes. Jason Pierre-Paul, a seasoned vet, helps with the pass rush, as Aaron Rodgers found out to his cost in the NFC Championship game, with the Packers QB sacked 5 times.

All of this matches up well against the Chiefs. Teams that try and negate the big play threat of Hill in particular, get undone by the short lane crossing routes where Kelce and co can really damage. The Bucs can be more competitive than many here.

Kansas City may also struggle to contain the pass rush, with injuries on their offensive line to both starting tackles. Mahomes has only been sacked 24 times this season – one of the fewest in the league – and that’s partly down to his ability to escape pressure, and/or release quickly, but it’s a lot to do with his line that has held up well. However, the losses of Mitchell Schwartz and Eric Fisher may prove critical with Tampa D’s coming in the game in this form. The champs boast the number one ranked offense in the NFL however, and Reid is statistically one of the most effective head coaches with 2 weeks to prepare for a game.

On the other side of the ball, Kansas City have, in Steve Spagnuolo, the architect of two Super Bowl wins against Brady, when TB12 was a Patriots, and Spags was the defensive co-ordinator of the Giants. The front 7 he had at his disposal then was one of best of all-time– with Strahan, Tuck, Umeniyora & co – and this KC personnel is a level below, but nevertheless still capable, with some big names of their own. That blueprint for success was predicated on pressurising Brady, particularly up the middle of the line, and the Chiefs have enjoyed bringing rushers this season, bringing 5 or more defenders on almost 40% of their snaps, 4th most in the NFL. Chris Jones and Frank Clark, the playmakers Spags will lean on could be pivotal players here for the Chiefs. Upset Brady’s rhythm early, and things may unravel.

As Spagnuolo has outlined, the secondary behind the rush has to be solid against Brady, and so corners Charvarius Ward & Bashaud Breeland, along with all-pro strong safety Tyrann Mathieu will need to be solid, particularly given the range of weapons Brady has, which enables him to mix up his targets. The battle in the slot between Godwin and highly rated L’Jarius Sneed will be fascinating to watch and whoever has the upper hand there could be instrumental to their team’s success. Much has been made of the Chiefs inability to stop the run being the defences weak link – and Brady has had a fair amount of success off the play action pass – but the Chiefs ground D isn’t as weak as some suggest. That said, expect Arians to use Jones & Fournette early on – and the latter out of the backfield as a receiver – and keep riding the hot hand if they have early success.

This should be a thriller, two very balanced sides who complement each other well, but I’m leaning towards Kansas City, primarily because of the time that Andy Reid has to scheme, and how devastating a game plan he can build with what should be a full complement of weapons. The Chiefs injury issues on the offensive line worry me, as indeed does backing against Brady, but I think the absence of Antonio Brown for Tampa Bay will be a big factor and Mahomes will have just enough to take them to back-to-back titles. 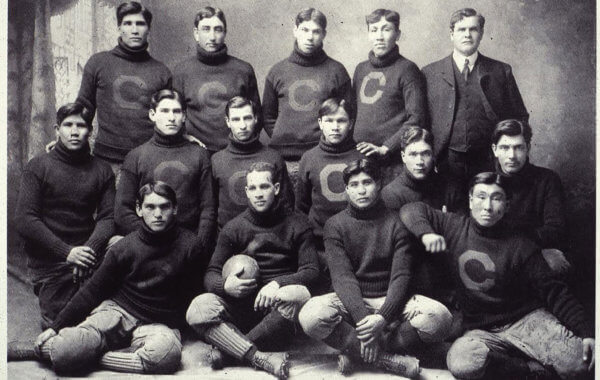