Tearing down the track

As the sporting calendar is decimated by Coronavirus, and we reflect on the postponements and cancellations of some of our favourite events, it is hard to measure the impact of each individual loss. A potentially voided Premier League season would be farcical for Liverpool, and playing multiple Majors or Grand Slams back to back will take away much of the glory. Some sports will struggle to bounce back, Horse Racing desperately needs the money, but there is one event that has a more lasting effect, and the postponement of the Olympics is more profound than any of these.

The Olympics has a way of creating stories and narratives unlike any other. Be it relative unknown athletes committing their entire lives to the pursuit of medals just once every four years, or national heroes galvanising countries, the emotional moments are hugely powerful. As Linford Christie was ejected from Atlanta for a false start, or Michael Johnson smashes two world records at his home Olympics, all the pain or glory is wrapped into raw emotion. This year we will be denied these moments, but can reflect on some from previous Games, both of pure elation and utter despair.

Derek Redmond
Barcelona 1992
The indelible image of Derek Redmond pulling up in the 400m as his hamstring tears. Refusing to give in, he hobbles around the bend and down the straight. Out of the crowd comes a man, the stewards try and stop him, he shrugs them off to take his son under his wing and, iconically wearing Nike’s ‘Just Do It’ cap, helps him over the finish line, with his son in tears. 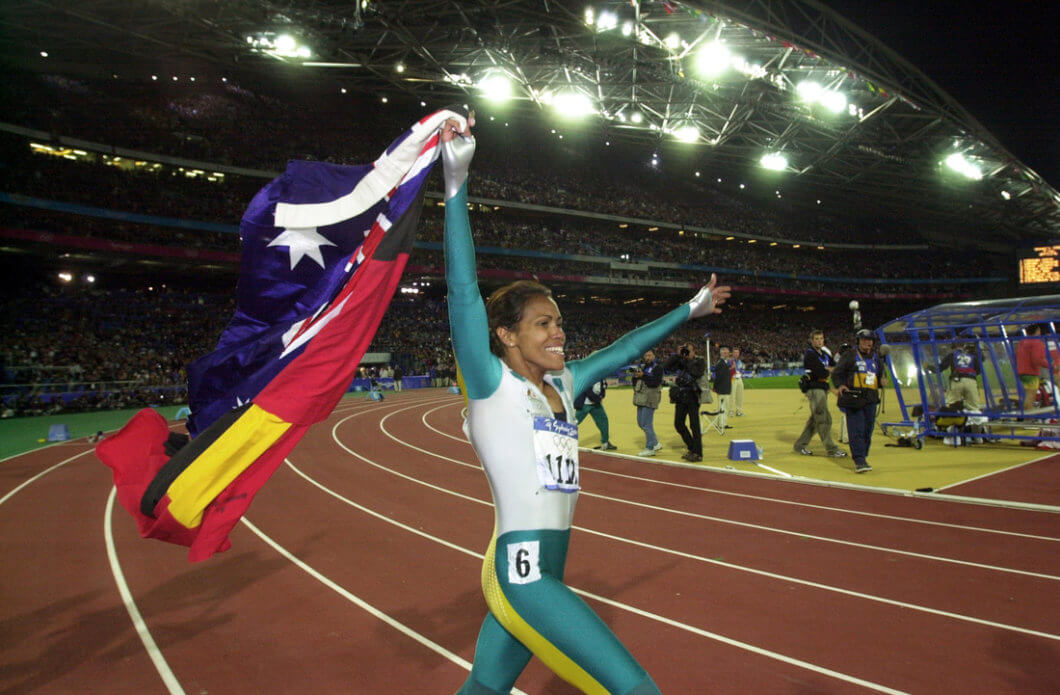 Cathy Freeman
Sydney 2000
Selected to light the flame for her home Games, it is hard to think of an athlete with more pressure on their shoulders than Cathy Freeman as she lined up, clad in her body suit, for the 400m. The hope of a nation, but also the aboriginal people, upon her, and she delivers emphatically – takes both flags on her victory lap in front of 100,000 people before leaping around on top of the podium. 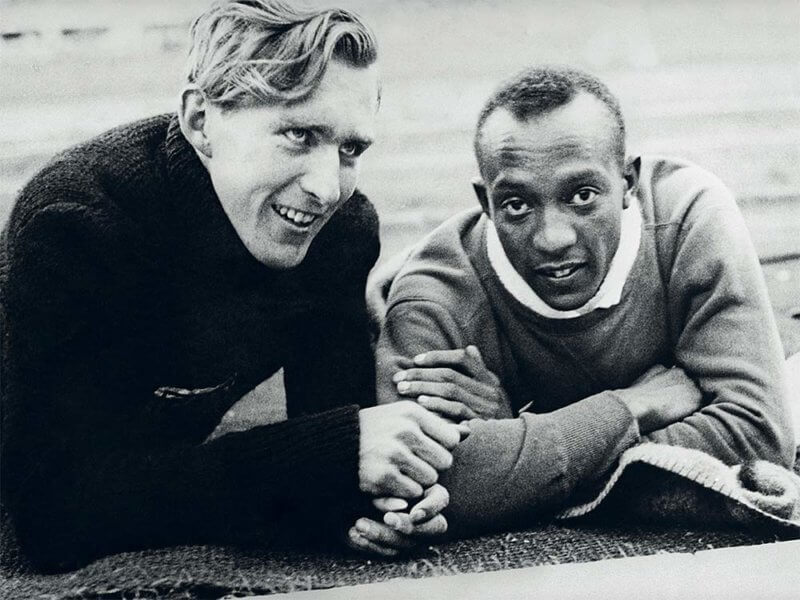 Luz Long and Jesse Owens
Berlin 1936
Not all moments play out in front of the camera. Hitler’s Olympics were being steadily ruined by a rampant Jesse Owens, and as he won the long jump, his German opponent, Luz Long walks over and embraces him. Beyond this extraordinary bravery was a sub plot. In the heats, Owens had jumped two fouls and was on the brink of elimination. Luz Long went over to him and gave him some advice on his take-off point. He duly qualified and went on to pip Long for the gold medal. Owens would later say, “It took a lot of courage for him to befriend me in front of Hitler… I would melt down all the medals and cups I have and they wouldn’t be a plating on the twenty-four karat friendship that I felt for Luz Long at that moment”. 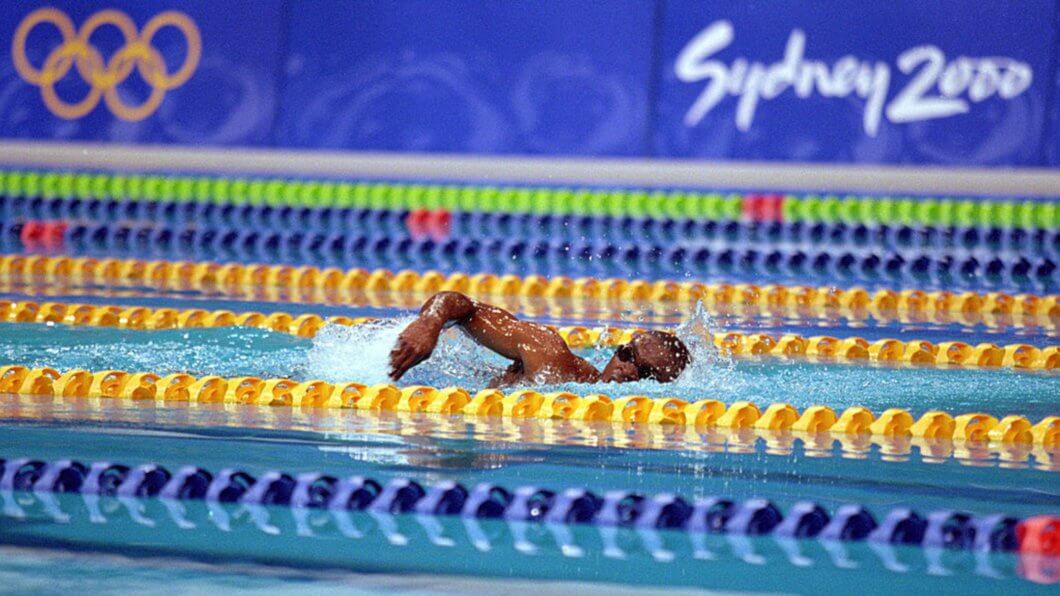 Eric Moussambani
Sydney 2000
A lighter take perhaps, but no less evocative of why the Olympics is different to anything else. Moussambani, or Eric the Eel, had never seen an Olympic size swimming pool before arriving in Sydney. The Equatorial Guinean gained entry through a wildcard for developing countries, having only taken up swimming months before. He may have come last, but he won over the world. 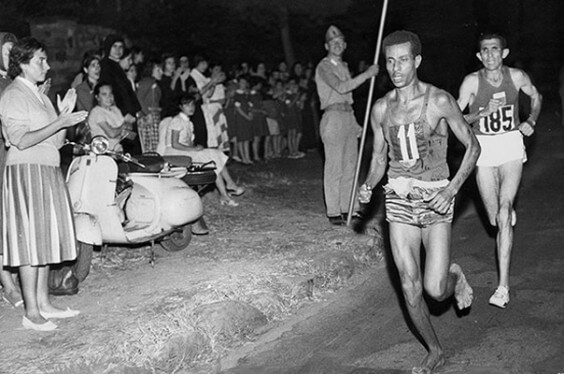 Abebe Bikali
Rome 1960
To run a marathon is fairly impressive, to compete, let alone win, an Olympic marathon is the pinnacle of long-distance running. To do so in barefoot is quite simply ludicrous. The first sub-Saharan Gold medallist, the first to defend the marathon title, Bikali arrived in Rome and bought a new pair of running shoes. They gave him blisters, so he discarded them and ran the marathon barefoot! 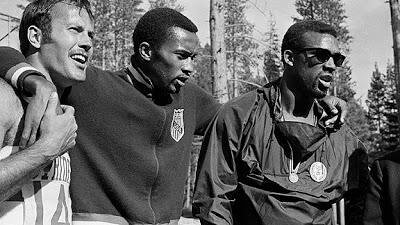 Tommie Smith, John Carlos and Peter Norman
Mexico City 1968
The Black Power salute is a moment that everyone knows. Lesser known is that the reason Tommie Smith and John Carlos only wore one glove and raised different hands (the salute should have been right handed), was that Carlos forgot his gloves. The white Australian silver medallist, Peter Norman, suggested they used one each. Norman was sympathetic to their protest, and wore an Olympic Project for Human Rights badge in solidarity. In doing so, he was ostracised by Australian athletics and was not picked for the 1972 games despite qualifying 13 times over. At his funeral in 2006, Smith and Carlos were pallbearers. 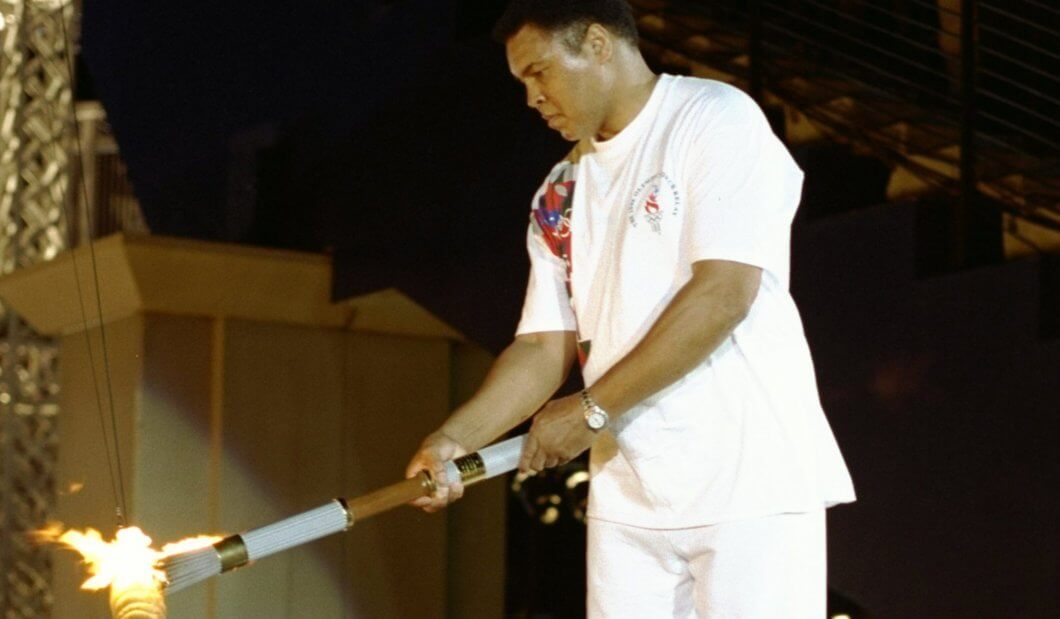 Muhammad Ali and Baby Hiroshima
Atlanta 1996 and Tokyo 1964
Who will be selected to light the flame is always a big decision, and shows why the Olympics has an effect far beyond the events themselves. Watching Muhammad Ali emerging at Atlanta in the grips of Parkinson’s was one of the most emotional moments in Olympics history. With this year’s Tokyo games postponed, we can also cast back to the 1964 version where, less than 20 years after Japan’s annihilation in World War 2, Yoshinori Sakai, a 19-year-old amateur runner born in Hiroshima on the day the atomic bomb hit, emerged to light the flame and show the galvanising effect the Olympics can have.

Eyes on the prize