Gangsters will slay the opposition at February’s Academy Awards, predicts our movie mobster.

As far back as I can remember, I always wanted to be a gangster…It was either that or become a  lollipop lady.  But I soon realised that I hated children, I have terrible eyesight, and I’m also not a lady – so that potential vocation was nixed pretty quickly.

Fortunately, for many years, my preferred career as a gangster worked out rather well for me. Until a few months ago, that is, when it finally dawned on me that the title of the film Goodfellas was actually slightly ironic. “They weren’t really good fellas,” I suddenly thought to myself as I put the finishing touches to another pair of enormous concrete shoes. “In fact, in many ways, they were actually rather unpleasant fellas.” So I promptly told my godfather I’d had enough (an offer he couldn’t refuse), removed the scar from my face, stopped accusing everyone of being a dirty rat, put my drug habit to sleep (alongside some fishes), and embarked upon my third career as the writer of Oscars preview articles.

Imagine then, if you can, the fathomless, operatic profundity of my horror when I learned that the film that will be dominating Best Picture discussions in the lead-up to the Oscars ceremony on 9 February 2020 is a whopping great gangster movie called The Irishman, directed by “Johnny Gangster-Movies” himself, Martin Scorsese. Just when I thought

I was out, they pull me back in…The Irishman has a lot going for it. Not only does it see Scorsese return to the genre with which he has become synonymous; it also marks the first collaboration between him and The Godfather star Al Pacino. It reunites the celebrated team of Robert de Niro and Joe Pesci; and, to the relief of many, it also reunites de Niro with credibility. It is Scorsese’s 25th film as director – which is a jolly nice number for a celebration – and its pioneering use of digital de-ageing is another hook to ensnare Academy voters.

Should we all pack up our shine-boxes, get the papers get the papers, and send flowers of condolence to the families of the other n­­­­ominees already? Well, maybe not just yet.

There are a number of factors that could interrupt the procession. Firstly, at 3½ hours, it is very long. Too long for some, perhaps. Secondly, it’s a very white and male-oriented film, which will no doubt offend certain quarters of social media – a mysterious realm where hashtags have real meaning, and where counting the number of lines a character delivers is deemed a good yardstick by which to judge the overall quality of a movie. But, thirdly, and perhaps most importantly, The Irishman is a Netflix release.

Last year, this was a big factor in scuppering the anticipated coronation of Alfonso Cuarón’s Roma. Hollywood bigwigs do not like streaming services. In order to subdue any potential negative feeling, therefore, The Irishman has been given a longer release in cinemas before it eventually appears on a Netflix screen somewhere in your front room.

Will that be enough for everyone to fall in line, give Scorsese’s remarkable career another rubber-stamp, and in the process anoint the first non-studio Best Picture Oscar winner? My wiretapped informant says it will.

Possible challengers include Quentin Tarantino’s Once upon a Time in Hollywood (though it was possibly released too early), Noah Baumbach’s Marriage Story (another acclaimed Netflix production), and Bong Joon-ho’s lauded international wildcard Parasite.

The Best Actress statuette would appear to already have Renée Zellweger’s name etched upon it, which must be dispiriting news for her fellow nominees. Her performance in Judy – as Judy Garland – transcends the rainbow, leaving the competition all the way back in Kansas praying desperately for a pair of ruby slippers. Should anyone’s pleas be answered, back Lupita Nyong’o (Us) to make a late burst.

The Oscar for Best Actor looks to be a more closely contested scrap. Joaquin Phoenix is currently odds-on favourite for his visceral display in the lucrative Joker – a film that successfully combines intense, gritty character study with accessible comic-book origin story. You don’t need Joe Pesci around to tell you that there is very little amusing about this particular clown.

But if the predicted surge of The Irishman transpires, then de Niro could wind up back among the Best Actor nominees (for the first time since Cape Fear in 1992). Adam Driver should improve upon last year’s Best Supporting Actor nomination on the back of his turn in Marriage Story, connoisseurs of ageing beefcake will be able to sate their hunger on Antonio Banderas (Pain & Glory), and don’t be too befuddled if Adam Sandler (Uncut Gems) unexpectedly gatecrashes the party – perhaps it will be this joker who gets the last laugh?

The Best Supporting categories are where the real A-list party is this year, though. In the male category the likes of Brad Pitt (Once upon a Time in Hollywood), Tom Hanks (A Beautiful Day in the Neighborhood), Pacino (The Irishman), Anthony Hopkins (Two Popes) and Willem Dafoe (The Lighthouse) could potentially be seen propping up the bar in the early hours.

And in the Best Supporting Actress lounge, prepare yourself for a round of louche cocktails with Jennifer Lopez (Hustlers), Laura Dern (Marriage Story), Maggie Smith (Downton Abbey), and about half the cast of Greta Gerwig’s highly anticipated new version of Little Women.

So that is my Oscars 2020 vision. Let’s see how the chips fall next year, shall we? Right, time to turn off my bedside lamp and get some sleep. As I drift off, I can’t help thinking it was extremely nice of my old gangster chums to let me leave the industry on such good terms. Maybe they were good fellas, after all, eh? And… hmm, what’s this? I don’t remember leaving a horse’s head here…?

Joe Hodgson is a writer who blogs at www.fitzdares.com and tweets @fitzdares 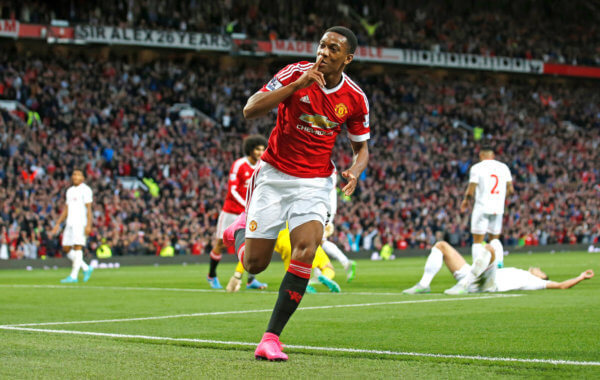