What a bizarre weekend that was! Memorial favourite Jon Rahm leads by six after a scintillating third-round 64 and has to withdraw because of a positive Covid test. You couldn’t have written it.

As a goodwill gesture, the big bookmakers pay out on Rahm as the ‘winner’ and then had to fork out again when Patrick Cantlay beats Collin Morikawa in a play-off.

It’s a great PR exercise but smaller firms and one-shop independents can’t afford to be so generous. Some offer the consolation of returning stakes on all markets involving the Spaniard bar the daily threeballs.

Those betting on the Betfair Sportsbook get paid the full whack but Betfair Exchange punters get the worst deal of all, nothing. That’s because there’s no bookmaker taking the bets. It’s punter versus punter with Betfair as the agent taking a commission.

Rahm’s price at the time of withdrawal was around 1/7 or 1/8 (showing 1.14 on the Betfair Exchange) but there’s no rule saying what should happen. And how could such a rule be framed? The likelihood of precisely the same scenario happening again must be more than a million to one.

But what if Rahm had been five ahead or four ahead or three ahead? Would the big boys pay out then? Where is the line drawn? And who decides when a lead is big enough to be such a certainty that refusing to pay would look bad for their image?

I am one of those who got nothing back because my wager was an Exchange transaction. That’s the risk we take, and it’s a very tiny one, in return for hopefully getting a bigger price.

There are plenty of 1/7 shots who get beat. Golfers with six-shot leads get beat.

Martin Kaymer had a ten-shot lead with 13 holes to play in one European tournament and got beat. Straight after Rahm’s piece of wretched luck, Lexi Thompson led by five with ten to play in the US Women’s Open and never even made the play-off.

When Padraig Harrington was retrospectively DQ’d for failing to sign his first-round scorecard at the 2000 Benson & Hedges International at The Belfry, he was five clear with 18 to play, a similar situation to Rahm’s but with the difference that he was at fault.

“There were two signatures on the card but unfortunately neither of them was mine,” he said by way of explanation.

The mistake was apparently spotted and reported by a spectator who had seen a copy of the scorecard. In a brilliant piece of PR, Paddy Power made capital of the Irish hero’s clanger by unilaterally paying out on him as winner even though the record books say Jose Maria Olazabal was the winner. The mistake cost Pod the £166,600 first prize … if he had won. We shall never know. For Rahm it was considerably more, just under $1.7m.

There’s no one to blame, the golfer himself, as far as we know, did nothing wrong. He forfeited a lot of money, as did those who punted him and so did those bookmakers who made the popular decision to pay out twice.

‘Double result’ is normal practice with layers who pay first past the post and on the amended version following a stewards’ inquiry. It is a perk that attracts new customers and pleases old ones. If it wasn’t worth doing, they wouldn’t do it.

Rahm wasn’t going to play in the new Palmetto Championship anyway but he couldn’t now as he endures the obligatory ten days of self-isolation. Not the ideal preparation for the US Open but it looks like he will just get to Torrey Pines for the third 2021 Major.

Only three of the world’s top ten turn out for the Palmetto at Congaree which is a one-off stand-in for the Canadian Open which has been shelved twice because of the pandemic. The Canadian will be on the rota in Toronto next year.

Two of the three, world No. 1 Dustin Johnson and that mopper-up of Majors Brooks Koepka, are duelling for favouritism in a field containing good names who are underperforming and a fair bit of dead wood.

DJ is bidding for a first victory in his home state of South Carolina but after a thrilling spell from last August to the end of February he has hit the buffers with a series of flops, including missed cuts in the Masters and USPGA, a Group-stage early exit from the Match Play and finishes outside the top 40 at Sawgrass, The Concession and the Valspar.

Palmetto is his first tournament back after a two-week break following an embarrassing 76-74 missed cut at Kiawah Island. Victory would signal he has sorted out his technical problems but I suspect he is saving his best stuff for the US Open the following week.

On his recent form the single-figure odds can be resisted. I can make a better case for Koepka, a world No. 1 himself for 47 weeks in 2018-19 before he ran into knee problems.

Koepka was still not 100 per cent the last time we saw him when joint runner-up to the amazing Mickelson at Kiawah. His focus in on bagging his fifth Major next time out but he wouldn’t turn up his nose at the opportunity to win this run-of-the-mill tournament.

With no Bryson DeChambeau in the field to irritate him, the only distraction could be the noisy crowd who are loving Brooks’ war of words with the taunting ‘mad scientist’ who says ‘it’s nice to be living rent-free in your head’.

They have been less than friendly ever since Brooks made an official protest about DeChambeau’s pace of play which he reckons being a big part in preventing him winning The relationship is becoming more and more toxic and Vijay Singh wickedly suggests that the pair be drawn together at Torrey Pines next week.

The Congaree course, a relatively new 7655-yard par 71 Tom Fazio creation, has already won design awards and should provide a decent test. The 540-yard eighth, a par five for members, has been reduced to a four for its big-time bow.

Fairways are pretty generous but there are other factors at work. The humidity will be intense, 32C could be too hot to handle and daily showers are forecast. Fitness will count almost as much as talent.

Koepka is the only one I really fancy as Brits close behind him in the betting, Tyrrell Hatton, Matt Fitzpatrick and Tommy Fleetwood, have not been at their best recently.

The same comment applies to Sungjae Im who seemed to be on the leaderboard every week in the early part of the year but his legendary consistency has gone on holiday.

On his Colonial third, Ian Poulter could be fancied but Congaree is a much longer track. I’ve stopped thinking of Ryder Cup skipper Padraig Harrington as a yesterday’s man after his fourth at the PGA. If Mickelson can do it at 50, why not Pod at 49?

South Carolina native Lucas Glover, a US Open champion 12 years ago, had two excellent finishes in Texas and could raise his game for home support while Harris English jumped smartly at the Tournament of Champions, stayed there for a dream start to the year but had shot his bolt until an eye-catching 13th at the Nelson followed a respectable 21st at Augusta. He’s too classy to stay out in the cold.

While unsure whether golf punters will be interested in more than a token bet, the European Tour and the female equivalent stage the novelty of guys and gals playing in the same tournament, for the same money, the same trophy and on the same course.

Well, not quite the same course because the men in the Scandinavian Mixed at the Vellda club just outside Gothenburg will be playing off their tees at 7060 yards whereas the ladies get a 922-yard advantage at 6138 yards. Both pars are 72.

With 2016 Open champion Henrik Stenson and all-time-great Annika Sorenstam hosting a pukka tournament which carries Ryder Cup and Solheim Cup points, this unique 72-holer was due to launch last year until Covid appeared.

It has finally arrived, a step into the unknown for the two tours and those who fancy rolling the dice. How will the ladies fare against the chaps? It is an intriguing week.

The huge differential in length suggests that the best of them, Emily Pedersen and Thai phenom Atthaya Thikitul, will be competitive against the likes of Dutch ace Joost Luiten, a six-time European champion, and bright sparks like Sam Horsfield and 2020 Rookie of the Year Sami Valimaki.

We have had a similar mixing of the sexes before, notably in Morocco and the Vic Open in Australia, but never one where they play for the same pot (a million euros), the same title and the same trophy.

For me, the great fascination will be seeing what Sorenstam, winner of 90 tournaments, 72 of them on the elite LPGA circuit, and ten Majors, has to offer at 50, the same age as Phil Mickelson. And we all know what Lefty has just achieved.

The big difference is that Annika retired from golf 13 years to start a family, a son born in 2009 and a daughter two years later. But she lives round the corner from fabulous Lake Nona in Florida and will have played plenty of social golf.

In a try-out for this week she played in an LPGA tournament conveniently staged at her home club and made the cut so I find it curious that you can have 500/1 about her but only 40/1 for Stenson who can barely hit his backside with a banjo and looks to have a serious putting problem.

The Swede was ten over (77-77) for his short stay in Hamburg last week and in his last 34 rounds on both tours has broken 70 only once, back in January.

Luiten and Horsfield, both in good form this year and due a win, are my flagbearers for the fellas, with honourable mentions for tidy Aussie Jason Scrivener and the talented but erratic Finn Valimaki.

Emily Pedersen, who dominated the LET circuit last year, and the exciting Thikitul, who has already shone in one of these mixed contests in her homeland, finishing third when playing alongside two male Thai legends in Chiangmai, are the obvious ones for the gals.

Watch out though for 17-year-old Slovenian prospect Pia Babnik, the youngest LET member who won the Jabra Open on only her 12th pro outing on Sunday, and two Swedish amateurs who are heading for the top.

Mark down the names: Maja Stark and Linn Grant. Stark was 16th in the US Open on Sunday, ahead of many LPGA legends, and Grant, British amateur strokeplay champion in 2017 and a huge star on the Arizona college circuit.

If you are puzzling as to why Grant is Swedish, her pro golfer grandad moved from Inverness to Helsingborg back in the day and her father is a club pro there. She has dual nationality but chooses to represent Sweden, the country of her birth.

Grant herself has been mopping up trophies at Arizona State and has twice won on the Nordic Tour, beating professionals.

Danish star Pedersen is a five-time LET winner, played well for 23rd at Olympic last week and finished 11th at last year’s British Open while at 14 Thitikul won a LET tournament in 2017, making her the youngest to win a professional event. Now 18, her quest to play the full European circuit last year was stalled by COVID but she’s here now and the others had better watch out. 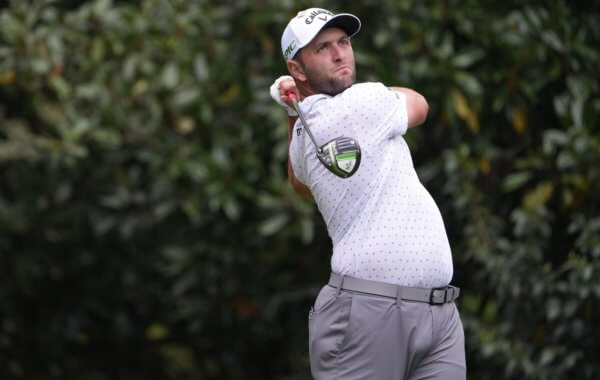 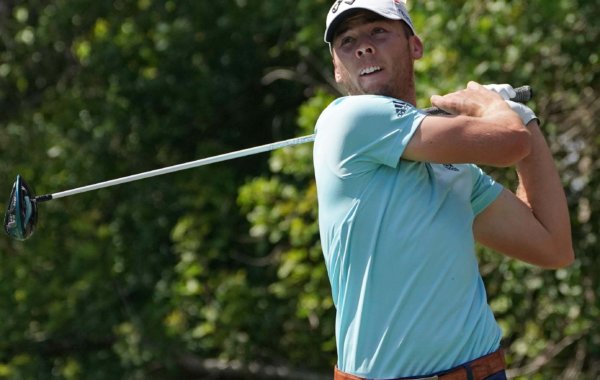 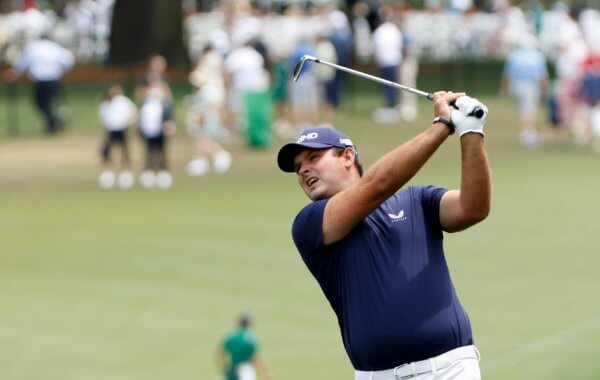