The 2020 American Presidential Election is shaping up to be the most polarising and nasty election for generations and it will be dominated by the divisive figure of Donald Trump. Like marmite, people either love him or loathe him. Despite his unorthodox approach to governing, his impeachment trial and a series of ongoing scandals, his hold over the Republican party is total, with 94% of Republicans supporting him.

Opposition to his re-nomination as the Republican nominee for the general election is virtually non-existent. But ever since he was elected in 2016, the Democrats have been determined to deny him a second term and they were buoyed up by their stunning victory in the 2018 mid-term elections, when they retook control of the House of Representatives by a landslide.

That victory, though, led to the problems that they are now facing because it unrealistically encouraged 22 people to seek the Democratic nomination to oppose Trump in the 2020 election. Although there has only been one caucus in Iowa and one primary election in New Hampshire, the number of realistic candidates to face Trump has been whittled down to six. However, the price has been high as it has highlighted the deep split in the party between progressives – Bernie Sanders (5/4 for Democrat nomination) and Elizabeth Warren (50/1) – and moderates – Joe Biden (8/1), Michael Bloomberg (9/4), Pete Buttigieg (9/1) and Amy Klobuchar (20/1).

Joe Biden was, throughout 2019, the favourite to win the nomination but disastrous showings in the Iowa caucuses and New Hampshire primary election has left his campaign struggling to survive and the likelihood of him recovering is very slim, if not non-existent.

Pete Buttigieg has emerged as highly charismatic but lacking in experience and support amongst African Americans, and Amy Klobuchar has come across as a formidable debater. Meanwhile, waiting in the wings is Michael Bloomberg with his vast wealth, which he is using to fund his campaign.

On the progressive wing of the party, the schoolmarmish Elizabeth Warren has been squeezed by Bernie Sanders and her campaign is clearly struggling, with little chance of overcoming the Sanders juggernaut. To the horror of moderate Democrats, Bernie Sanders is the clear frontrunner. This is a terrifying prospect for the Party establishment and members of the House of Representatives up for re-election in November in marginal seats.

They fear that his brand of democratic socialism will find little support in Middle America and amongst independent voters and that he will drag the party down to a defeat as humiliating as Barry Goldwaters against Lyndon Johnson in 1964 or George McGoverns against Richard Nixon in 1972.

By Super Tuesday in early March, when significant numbers of states hold their primary elections, including California, there will be a much clearer view of who will probably be the Democratic nominee. If (and it’s a big IF) Sanders continues on his winning streak, then he could have wrapped up the nomination by the end of March.

Or, a moderate candidate could emerge out of the pack as the clear frontrunner and if that is the case then the most likely person to achieve this would be Michael Bloomberg. Or, given the number of candidates in the race, no candidate receives enough delegates to be the nominee then the Democrats could be facing the first contested Convention since 1952.

The clear winner from all of these scenarios is Donald Trump. Money – and lots of it – is needed to win American elections. As Donald Trump is facing only nominal opposition to his re-nomination, he is able to accumulate a massive war chest running into hundreds of millions of dollars for the general election. Meanwhile, the Democrats are having to raise money to fight what is becoming a deeply divisive series of primary elections before they can even think of raising money for the general election.

The other worry for Democrats is if Bernie Sanders fails to become the nominee how will he and, more importantly, his supporters behave. In 2016, when Hillary Clinton defeated him for the nomination, his lukewarm support for her and the reaction of his supporters, many of whom deserted the Democrats and voted Green in the general election, caused immense damage to her campaign.

So, what is going to happen and who will be elected President in November? If Sanders is the nominee, then Trump is laughing all the way to the ballot box – he will win in a landslide. If Bloomberg is the nominee, then the smile will come off Trump’s face. Bloomberg is self-funding, with the ability to raise significant extra sums of money and has a credible story to tell as a three term Mayor of New York City.

If I were a betting man, I would put a modest bet, if Bloomberg is the nominee, on Bloomberg winning in a close election but I would have my fingers firmly crossed until the last vote has been counted. 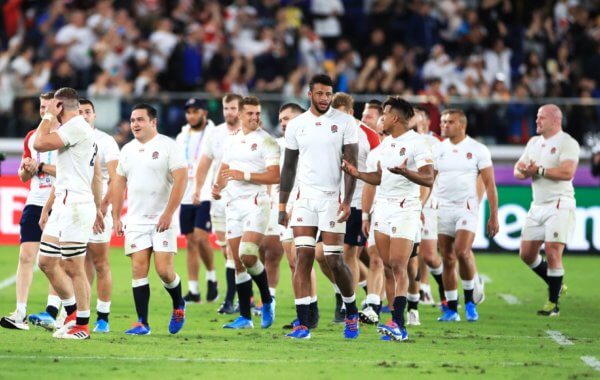