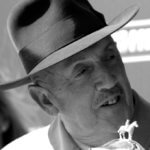 This legendary Trainer went through trying (or even non-trying) times before one of his finest days.

On 29 May 2007 I wasn’t feeling myself. It was the one time in my life I was done for non-trying. I had run a horse at Nottingham and the Horseracing Regulatory Authority had accused me of a “deliberate attempt to conceal its true ability”. At the hearing the panel said the horse had “not been run on its merits” and was used in “a preparatory way for another day”. I remember I sat with my legs open and my head down. I’d been unwell for a while; I zoned out of most of it.

The disciplinary notes confirm I was most definitely not thinking straight. I said that my horse was “coming to himself, but not just yet”. I admitted to being unhappy at Tom Queally’s use of his whip, which suggested that the gelding had been given too forceful a ride. I even told them that I thought the horse could win off his current mark but that he was only “85-90 per cent sweetened”. Worse, I admitted I had not backed it.

But as I say, I wasn’t myself, I’d had an operation the week before. I don’t blame the HRA’s Patrick Hibbert-Foy, who did what he had to do. I took my medicine – a £3,000 fine – and the horse was suspended for 40 days. In some ways the ban was good for Tom Queally. I told him: “Get your act together, because you have a lot of talent. And put your best foot forward.” And he went away for five or six weeks. He called me after a couple of weeks and I said: “Where are you?” And he said: “Australia.” “What part?” He said: “I’m not sure. It’s a massive country this.” He came back with the impetus to ride the best horse in history. But back to the story: the horse in question’s name was Zabeel Palace and he won a lot of money for us. Not too many people know about this one, the horse has a place in my heart.

We’d got Zabeel Palace from Godolphin; he had glass legs so he did. Andrew Stringer, who was my head bottle washer, went to America to further his career and came back with these special bandages, having worked for Michael Dickinson. Dickinson is brilliant with injured horses, loves his techniques, his remedies. They call him the “Mad Genius” in America. So we tried Zabeel Palace in the People’s Race at Aintree in April 2009; I didn’t have much faith in him, to tell you the truth. But we tried him in these Dickinson bandages and he won and seemed to finish sound. The winner’s prize was £50,000 to charity, which we put towards my charity Direct Aid for Africa. Then in September, he went to a seller at Fontwell and I had really no faith in him.

I didn’t back him. And he won. He won a seller. I was on the phone and I was bidding for him, and whatever he was bought for, that was my last bid. He came home reasonably sound from Fontwell and we had a talk, and Paul Moloney, who rode him, said if this horse cared he’d win another race. Important to find out if they care at that stage in their careers, when they’re coming back from injury. If they run well again, you know you can get more out of them.

So we ran him in a weak race at Plumpton and he won. The minute he crossed the line we were looking for the race. With this kind of horse we knew he’d need about ten days to really get him right, keep him on a roll. We found the perfect race at Ascot, on 31 October, and the preparations began to get him spot-on.

Schemes, coups, call them what you like. You need everything to go right for you, and I knew his legs were right and his attitude was right – he was no longer at war with the world. Zabeel Palace was difficult to get fit but I knew I had him on fire. So we went in heavy. You don’t get many opportunities in racing, and because of his legs we were on borrowed time. This was his big day. These things can take three or four years to organise.

That’s why I’m careful how I put my money on. I have no favourites as far as the bookmakers go. It was spread around; any place. You have to change your tactics. Every day is different. You can’t use one man, you’ve got to use different people, keep changing. Because if you do the same thing mostly, you know the bookmakers will catch up with you.

I suppose that’s what I’ve done well over the years: kept them guessing. I had a team ready to put the money on, different places. We backed him in to 3/1 and I got Timmy Murphy to ride him. He’d never rode for me in his life but he was a very, very good jockey. And being the professional he was, he looked up the race at Plumpton and he said to me, I remember it well: “I want to come as late as Paul Moloney came at Plumpton.” I’m not a man who gives the gospel in the parade ring so I just said to him: “Come later.” And he just produced him in the last 100 yards there – right on the money, so to speak.

We probably won six figures that particular day. Very few horses have days like that for me, despite what they say. 904 days after Nottingham, he was a miracle horse, coming back from legs like that.  When he went to Ascot the next February, I remember one of the TV presenters asking: “How will he run?” I said: “I haven’t a clue.” He was on his last legs then, and he pulled up there with three to go. That was his charity fundraising done.

Barney Curley is a horseracing trainer from County Tyrone in Northern Ireland. In 1997 he founded the charity Direct Aid for Africa (DAFA), which helps underprivileged children obtain an education. www.dafa.co.uk

Gangsters will slay the opposition at February's Academy Awards, predicts our movie mobster.