Racing needs a success story to lift our spirits like Best Mate did. Cornelius Lysaght relives those days with trainer Henrietta Knight and assesses another potential hat-trick hero. 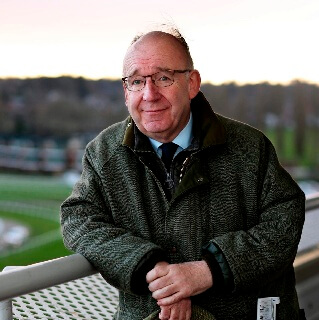 A glance at the formbook indicates that something of not inconsider­able significance may lead national hunt racing out of the misery of Covid-19. That’s what happened after the high-profile disruption of the season in 2001, when an outbreak of foot-and-mouth disease forced the cancellation of the Cheltenham Festival.

Even now I clearly recall the dark sense of swirling gloom that enveloped the sport as the three-day marquee event, at which months or even years of work had been aimed, was being lost to something that was not warfare for the first time in its then 90 years. Racing wanted to come out fighting and, as if by magic, along came the unforgettable Best Mate era, which was to include a glittering Gold Cup hat-trick from 2002, to provide the perfect bounce-back.

So, after his two victories in the Festival’s central prize, perhaps the scene is set for the Willie Mullins-trained Al Boum Photo, his jockey wearing the yellow and black silks of Joe and Marie Donnelly, to become only the fifth three-time winner, after 1930s star Golden Miller (which was then successful in two more), Cottage Rake (1948-50), Arkle (1964-66) and Best Mate.

At home near Wantage, Oxfordshire, Best Mate’s trainer Henrietta Knight, now retired from licensed training, is following Al Boum Photo’s progress with interest. “I see Willie is planning to give him one run, at Tramore [on New Year’s Day], and then go straight to Cheltenham,” she says. “That’s what’s worked so well for them before – but when Best Mate had only one or two runs before the Gold Cup people criticised us. ‘Look at Arkle running all the time,’ they said, and ‘you’re wrapping him up in cotton wool’, but [her late husband] Terry [Biddlecombe] and I couldn’t care less.

“Actually, we ended up quite enjoying it because it was obvious that they couldn’t find any other holes to pick in him. The thing was that he wasn’t the most robust horse, but he gave one hundred per cent and needed time between races. When we discovered he was capable of winning the Gold Cup, and we wanted to win another and another, that was the way to do it – now everyone does the same.”

As well as being among the most prominent horseracing figures of her generation, Knight, who enjoyed a colourful training partnership with former three-time champion jockey Biddlecombe until his death aged 72 in 2014, is a leading authority on every aspect of the horse as a breed. Her skills as a judge are much sought-after at shows, but apart from mutual mastery of the unique challenge presented by the famous fences and contours at Cheltenham, she sees limited similarity between Best Mate and Al Boum Photo.

“They are the exact opposites, really,” she says. “Physically completely different. Al Boum Photo is not a very good specimen, no beauty, with a short neck and lacking scope, but he’s got a great, great engine – he doesn’t jump particularly well, but that doesn’t matter as he loves Cheltenham. Best Mate had outstanding confirmation and outlook, and walked around the paddock as though saying, ‘Look at me, look who I am,’ like Arkle, the ‘Look of Eagles’. In the showring, Best Mate would win – I think I’d give Al Boum Photo a ‘very highly commended’.” 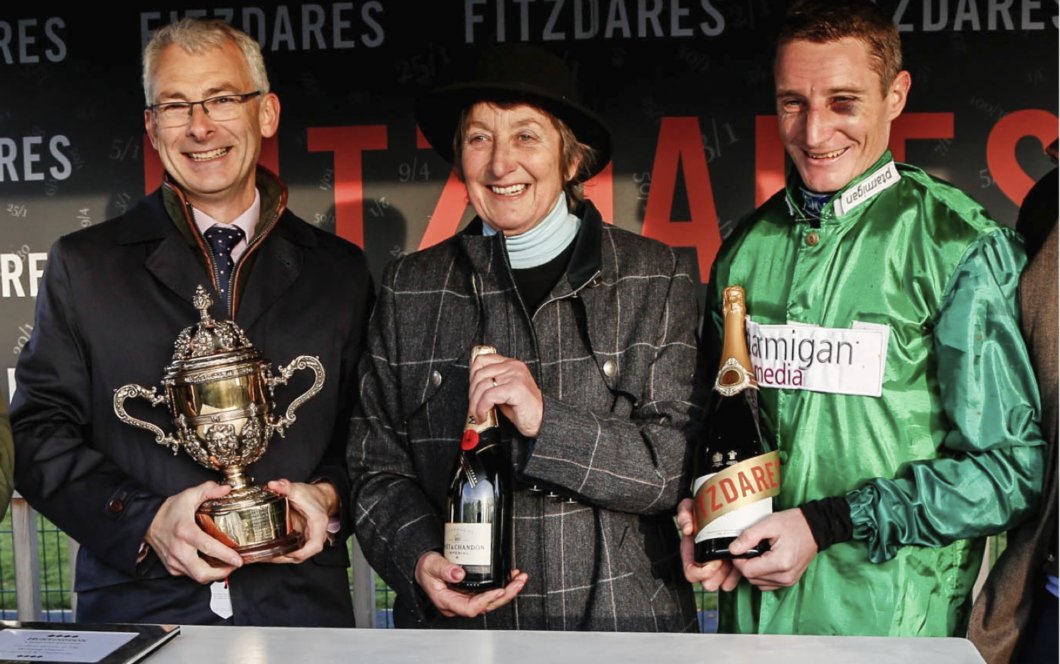 The story which was to propel Best Mate, the Knight/Biddlecombe team and the bay-coloured star’s owner Jim Lewis into the national sporting psyche started in February 1999 in a deluge of rain at an Irish point-to-point at Lismore, County Waterford. Although he pulled up in the mud that day, the trainers could not take their eyes off him and had “got to have him”, and a deal was struck with the owners, the Costello racing and horse-dealing family from County Clare, after an eight-length success in a two-runner race at the North Galway fixture a week later.

In a six-year career under Rules from that November, when he got up late under regular rider Jim Culloty (uncle of champion flat jockey Oisin Murphy) to win a bumper at Cheltenham, Best Mate finished either first or second in every single race until he was pulled up in a race at Exeter and suffered a heart attack. As well as the three Gold Cup victories, there was also Kempton’s King George VI Chase (2002), after finishing runner-up behind Florida Pearl 12 months earlier.

Also, what is now the Fitzdares Club-sponsored Peterborough Chase at Huntingdon was twice used as a springboard into his campaign – once with victory, but the other time bringing England rugby fans back down to earth after the breakfast-time 2003 World Cup final success in Australia with a shock defeat by French star Jair Du Cochet.

All in all at Cheltenham, in six appear­ances he was successful on five occasions, and only narrowly missed out on a clean sweep in the Supreme Novices Hurdle at the 2000 Festival, at which Knight posted form figures of 2115 from four runners after wins for Lewis’s Edredon Bleu in the Queen Mother Champion Chase and for Lord Noelie (RSA Chase); Chives was fifth in the Champion Bumper.

The public and media took to their hearts Best Mate, with his catchy name; his ‘odd couple’ trainers – she, Miss Knight, a prim and proper one-time biology teacher at a convent school, and he a rough-and-ready ex-jockey; and Lewis and his wife, the exuberant Aston Villa-supporting (hence their claret and blue silks) Brummies.

In contrast, there is a lingering thought that racing itself maybe never appreciated the horse as much as it might have. Despite his exploits, providing a bright light after the dark days of foot-and-mouth – and, actually, helping to restore the sport’s reputation and mojo after several corruption allegations – not everyone sees Best Mate as a jumping ‘great’. He reached an official rating of 175, markedly below subsequent high-profile winners such as Kauto Star, Denman and Long Run, though the same as Al Boum Photo.

Knight agrees. “The people of the country gave him the credit that he deserved but others didn’t,” she says. “People are so keen to knock horses once they’ve put them on a pedestal. The senior handi­capper told me that he regretted not being able to give Best Mate a higher rating, but it was based not so much on him but on what he’d beaten, which was hardly his fault.”

As the pace on the road to the 2021 Cheltenham Festival gathers, Knight remains very much involved. Aged 73, she combines buying and selling horses – plus her beloved Connemara ponies – with honing the jumping skills of steeplechasers and hurdlers using “really good horsemen” jockeys to help: Jerry McGrath, Brendan Powell Jnr, Johnny Burke, Tom O’Brien and Kielan Woods all received particular mentions – though she jokes that Woods “smashed one of my [jumps] wings last time so might not get asked back”.

There is no doubt which big-name, big-race contender she is most looking forward to in the months ahead: the Cheveley Park Stud-owned Envoi Allen, trained by Gordon Elliott, because – you guessed it – he brings back memories of you-know-who. “Like Best Mate,” she says, “he’s so quick with his feet in front of a fence – they just pat the ground. He’s fantastic.”

Cornelius Lysaght is a racing writer and broadcaster with over 30 years’ experience and a Fitzdares WhatSport Ambassador.