Sam’s Silver could be a Steal

*prices correct at time of writing.

Henry Beesley: Cornelius, we’re back at Cheltenham and I think outside the Festival, this is the best Meeting held at HQ. Do you agree and if so, what is it about this Meeting that makes it so special?

Cornelius Lysaght: The racing may not be as good as at the Festival but for the ‘experience’ of attending jump racing’s iconic home I can certainly sympathise with those who actually prefer these three days because they are obviously less frenetic than March.

This is just a wonderful time of the year for jumping as some bandwagons are already rolling. Look out for every single runner for people like Paul Nicholls, the Fitzdares-sponsored Ben Pauling, Sam Thomas and others, while there are plenty of stables who are just simmering ahead of hitting top gear, and Cheltenham is just the place where they would love their fortunes to change.

HB: Let’s start with the big one, then.What stands out in the Paddy Power Gold Cup. Ga Law looks laid out for the race…

CL: It looks like a terrifically competitive staging and the effort of Ga Law to be third at Aintree after an absence of 20 months was an outstanding one by the Jamie Snowden team which is certainly one that is flying at the moment. Assuming there’s no bounce factor, he’s definitely in the mix.

I like two or three others. One is certainly Stolen Silver, a horse that seems to go well after a break and which ran with great credit at the meeting last year when only just denied over two-miles, and he will be attempting to extend the fine weekend run of his trainer Sam Thomas and owner Dai Walters who continues to be treated in hospital after their helicopter crash.

Il Ridito didn’t progress in the manner that we all thought he might do after a striking win at Newbury last November but he demonstrated there what he can do; and Coole Cody is in the line-up again after what looked to be an excellent pipe opener over hurdles at course’s October meeting.

HB: Paul Nicholls has made a flying start to the season, even by his standards. His Hermes Allen looks a smart recruit to Hurdling in the Ballymore trial on Friday.

CL:  Definitely. The stable and jockey Harry Cobden are at their formidable best, and, if it’s possible, the Champion Trainer seems even more up for it at the moment. Visually the success of Hermes Allen at Stratford seemed right out of the top drawer, and the runner-up of Richard Bandey’s [Theatre Man] is no slouch, so there is every reason to be excited about Hermes – and potentially about the odds on offer because I think that the vibes about Hubrisko for Willie Mullins are of the ‘decent’ variety as opposed to ‘outstanding’.

This is a meeting that Paul perennially targets and it would be no a surprise if he leaves with a hatful of success.

‘He is the young pretender who feels like he can be king, a magnificent jumper and a great traveller.’

HB: How excited are you to see Monmiral jump a fence in the Arkle Trial? It looks a hot race with Tommy’s Oscar & Banbridge in there too!

CL: Team Nicholls obviously feel that Monmiral can become a leading light amongst novice chasers, and it was interesting to hear Paul say that while it was disappointing that because of injury he only ran three times last season, it might just have been a blessing in disguise allowing him to grow up more.

Irish-trained Martin Pipe Hurdle winners have a good record of going forward from there so that’s a positive for Banbridge and he jumped notably well at Gowran. Tommy’s Oscar is comfortably the top-rated, and everyone’s attitude to him never fails to surprise me: he has regularly been estimated lower than he should be but that defeat of an in-form, seasoned handicapper at Carlisle, to which he was conceding masses of weight, could hardly have been more promising.

HB: The Irish look to have a strong hand yet again. Will they be bringing the big prizes back across the water this weekend?

CL: One thing about the Irish here is that it’s notable that in the sixty-something stagings of the Paddy Power Gold Cup in its various guises, Ireland has actually only won it five times and has no success since Edward O’Grady’s Tranquil Sea thirteen years ago and that was following a gap going back to 1980.

That certainly doesn’t mean that French Dynamite won’t be bucking the trend but it is a stat worth bearing in mind. And if I was on French Dynamite at a short price I’d be crossing my fingers his jumping holds up okay in the rough and tumble of such a well-contested race.

As regards Thousand Tears, clearly Emmet has made a major impact with well-gambled horses in recent years so that when a bit of money starts appearing for one of his it gets everyone excited, and that would seem to be at least part of the case here as the horse’s form consists of one race, on the flat, for this trainer and no hurdles run since Christmas-time last year when unseating his rider late on at Thurles…

HB: Nube Negra vs Edwardstone on Sunday. I know you’re a huge fan of Alan King’s horse but is this his toughest task yet?

CL: I love this race not least for the rather tearful memory of the great Sprinter Sacre returning to top form in 2015, but there have been many super winners including Nube Negra 12 months ago, and of course he will be as tough a nut to crack as Edwardstone has encountered.

Nube Negra relishes the various challenges presented by Cheltenham and seeing off Politilogue and Put The Kettle On last year was a terrific performance. To me however, Edwardstone is the young pretender who feels like he can be king, a magnificent jumper and a great traveller as demonstrated in the Arkle and elsewhere last season.

Good luck all, whatever you fancy.

For all your bets at Cheltenham, visit our dedicated horse racing betting page. 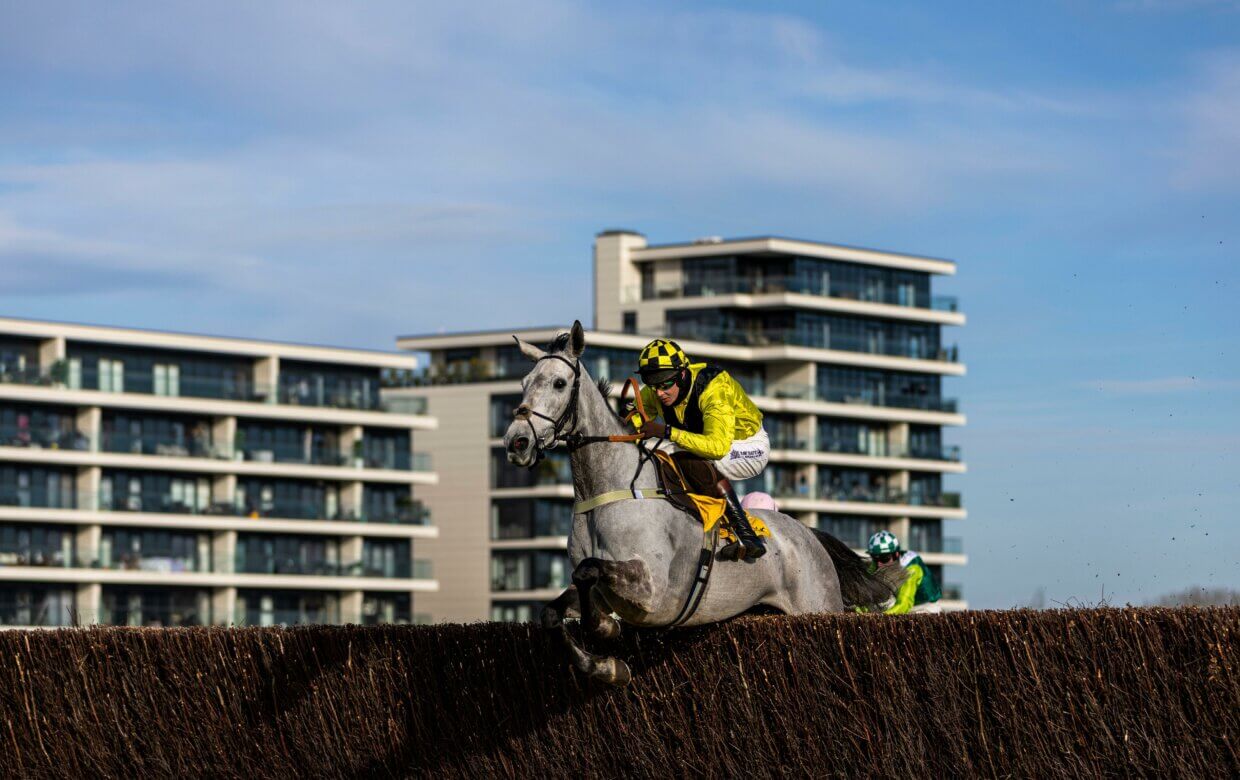 Eldorado to shine at Wetherby?

Wayward Lad, See More Business, Silviniaco Conti and Cue Card. Just some of the names to have triumphed in Wetherby’s Charlie Hall Chase. Make no mistake about it, this is a proper race. Henry caught up with our Racing Ambassador Cornelius Lysaght to discuss the best of this weekend’s action from across the cards.