Midway through Flat racing’s biggest week, we sat down with former Group 1 winning jockey Freddy Tylicki to get the inside scoop from a jockey’s perspective on this year’s Royal Ascot.

With a plethora of equine talent on show, Royal Ascot always serves up a host of storylines. This year, none are bigger than Stradivarius’ bid to become just the second horse to win the Blue Riband on four occasions.

“I can’t wait for the Gold Cup on Thursday, simply because Stradivarius is going for a four-timer in his bid to emulate the great Yeats”. On the topic of Yeats, if Strad were to take on the great Yeats, who would come out on top? Freddy laughs, “It’s an impossible question – Yeats was an almighty stayer and to have another horse come along not long after is just incredible!”

Make no mistake about it though, he’ll be cheering on the favourite on Thursday. “I hope he does it, it would be a great win for connections and particularly for owner Bjorn Nielsen who bred the horse himself and for everyone at Clarehaven Stables”.

As a spokesperson for leading syndicate RacehorseClub, Freddy spoke about two of their leading hopes on Friday. We started with Create Belief who is likely to run in the Sandringham Stakes. “She’s a very nice filly in the making. She won a nice premier handicap at the Curragh and the handicapper has taken no chances in putting her up 10 lbs. She was entitled to [go up in the weights] the way she won that day though”. Some cut in the ground seems to be crucial to her chances however and “if the forecast rain comes in time for her, she’s got a massive chance”.

And what of last year’s Norfolk Stakes winner? The Lir Jet was an impressive winner at last year’s Royal Meeting. “He is overpriced after one bad run at Haydock. Nothing came to light that day so I’m happy to draw a line through that race after speaking to [trainer] Michael Bell and the rest of the team. He may well outrun his odds in the Commonwealth Cup”. With a roll of honour including the likes of Advertise and Caravaggio, “it’s definitely the right race for him”.

As for some of Freddy’s favourite Royal Ascot memories, he starts with the 2001 winner of the Day 2 feature. “Growing up, I was really taken by Fantastic Light in the Prince of Wales Stakes. He obviously beat Galileo later that year in the Irish Champion Stakes, but he was absolutely brilliant that day with Frankie riding for Godolphin”.

He also mentioned a Royal winner, and arguably the most famous of them all as his next Royal Ascot highlight. “Estimate, winning the Gold Cup for her Majesty the Queen, that was absolutely breath taking. The whole place just erupted, clapping and cheering. Ryan Moore gave her the perfect ride that day.

Let’s see if either The Lir Jet or Create Belief can make it onto his top three when we ask him again next year.

Head over to our Horse Racing Betting page for all of the latest odds on upcoming races. 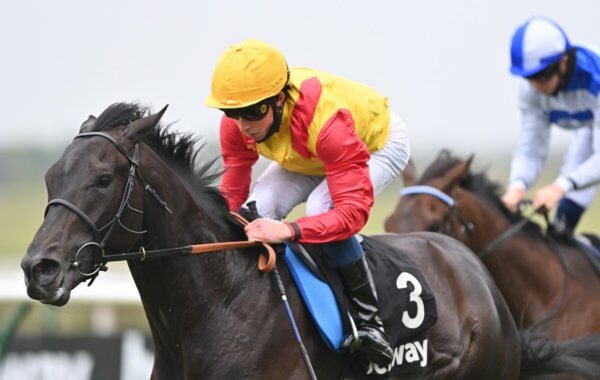