You should always expect the unexpected in sport.

‘What price is Tiger Woods to ever win another major?” someone called from across the room. “100/1, and I’ll lay you that bet myself!” came the mocking reply from a cocksure colleague. The year was 2017 and Tiger had just been arrested at the wheel, with a heady mixture of painkillers, sleeping pills and even traces of marijuana in his system. This was an injured soul, whose mind and body had been ravaged over the previous decade.

He didn’t stand a chance, but caution prevailed as it often now does in bookmaking, especially when we had laid 5,000/1 on Leicester to win the League a year earlier. The Tiger debate raged on long after we had quoted a price to our client.

If you’re wondering what we offered, this isn’t the magic circle, so permission to tell you is granted. Bear in mind, no algorithm exists for this sort of wild conjecture. After long discussions over Tiger’s mental health and fitness, we saw it as overwhelmingly unlikely at the time that he would even pick up another club in anger, so we landed on a generous 16/1 for a fun £50 bet.

However, at the same time we knew the maths was sending us down a different path. For example, if you took a finger-in-the-air price of 50/1 for Tiger at each major over the next decade and calculated the resulting probability of one or more wins, the maths suggested he was actually odds-on to win again. Contrary to popular belief, then, April 2019 was statistically no shock. But the maths can’t weigh up all the intangible mental and physical variables. Who would have backed Tiger at odds-on? Nobody. It is an imperfect science in an improbable world.

What does this whole exercise say about the relationship between probability, odds and sport as a never-ending spectacle of unpredictability? This year, in that sense, has been one of the most dramatic in memory. If you thought the pinnacle of your sporting fandom was chanting “Football’s coming home” at your cousin’s wedding last summer, think again.

It hasn’t just been Woods at the Masters either – you only have to look at Ben Stokes and Sir Andy Murray to find equally seductive stories. In 2017, Murray’s season ended at Wimbledon, Stokes’s career nosedived outside a Bristol nightclub and Woods’s life was on the line. Yet now we have three iconic stories.

If that is a touch flattering for the great Scot, don’t forget he was, at one point, almost a relic of the sport. In January, the Australian Open organisers commissioned a star-studded montage so lavish in praise that it should have guilt-tripped him into retirement. Andy Murray sits down for nobody, though.

After a hip operation that no singles tennis player has come back from, he won the European Open in October. Last summer you couldn’t even get a price for him to win the 2020 Australian Open. (I would know – I tried.) Now he’s seventh in the betting.

Then there’s Stokes, whose tale is so astounding that biographers have been scribbling their hands to early onset arthritis just to get his second book out.

Yes, second book. And he is only 28. What were the odds of Stokes rehabilitating himself and his reputation, and then going on to win the World Cup? If you recall the final, there was a series of in-play incidents so bizarre that even Denise Coates hadn’t offered markets for them.

Then add Headingley. Oh, Headingley. That beautiful monument of cricket, an ode to the Test match. No English batsman in 25 years had taken longer to score double figures. By the end of the match, Stokes had hit more sixes than Donald Bradman managed in his entire Test career. We actually attempted to buy Stokes’s Headingley shirt at a charity auction but pulled out of the bidding at £16,000, settling on naming a race after him at Huntingdon instead – the ‘Award Ben Stokes SPOTY Now’ Handicap Chase!

Back to the odds. What significance do they really have when presented with Woods, Murray and Stokes? How can you say these are miracles when they happen so frequently? Even Liverpool’s second-leg heroics against Barcelona are now a footnote in the annals of comeback history. The truth is that they aren’t miracles, and they shouldn’t even surprise us. Sport has a profound habit of shrouding everyday moments in hyperbole and excitement. We revel in its unpredictability and yet, ironically, by being so consistently unpredictable, it is therefore not. That’s not to diminish the achievements of those stars, but rather to understand why we love sport. Life is unpredictable. 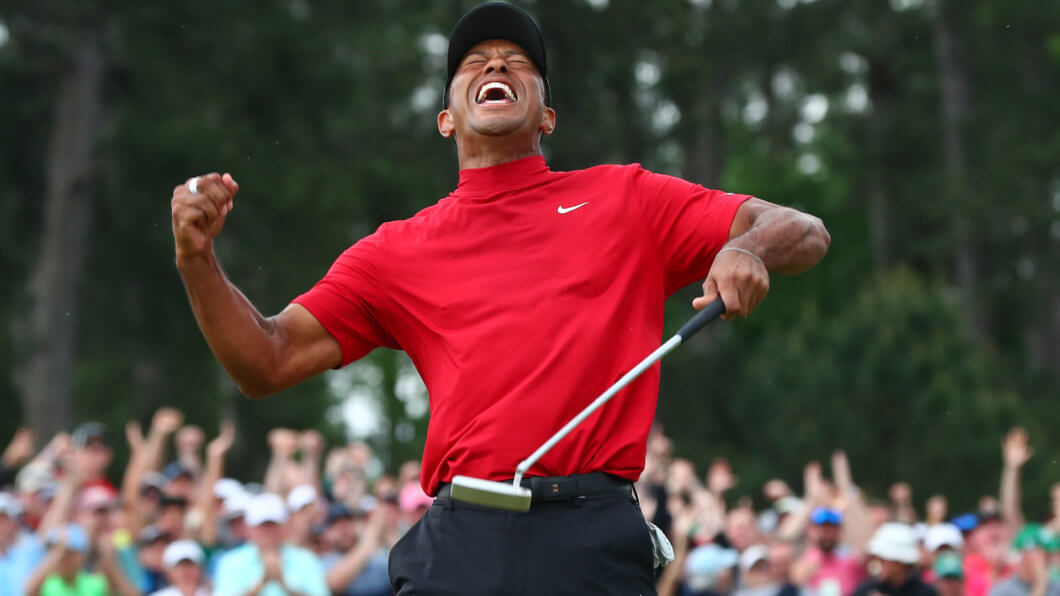 Professor John Littlewood framed a law, eponymously named, that states the average human will experience a miracle once a month. His definition of miracle is “one in a million”. Every day millions of people experience these events, and yet somehow, sport elevates them, makes them special.

Often, many are put off betting because the odds are too big, not too small. As if the price a bookmaker puts on something is shouting at you that it won’t happen. Hunches are dismissed because of the fear that the very unpredictable scenario you believe in is almost too unpredictable to happen. Well, let the stories of these great sportsmen serve to remind you that your predictions are only as unlikely as the thoughts themselves.

This is perhaps why, after a short lifetime of betting, I decided to back Andy Murray to win the Australian Open at 80/1, the moment any bookmaker dared throw me a price. He probably won’t, but I believe he can, and if 2019 has taught me anything, I won’t be put off by the odds!