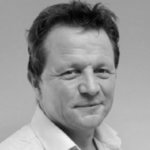 The problem facing our beloved sport is that there is a growing hole in racing’s finances. Racehorse owners are responsible for the largest inflow of revenues into racing, spending £369 million a year (33 per cent of all UK racing expenditure). But they are a dwindling bunch: their numbers dropped by 15 per cent between 2012 and 2016. Annually newly registered owners are declining too. There are 6½ percent fewer horses in training than in 2008.

Although reforms in 2017 required all betting operators (including offshore) accepting bets on British racing to pay 10 per cent of their gross gambling yields back to British racing, the net figure is still less than pre-internet, having dropped to £78 million in 2018-19 from £95 million in the levy’s first year. The Daily Telegraph has suggested that these shortfalls could lead to the closure of one in five UK racecourses – something I am determined to prevent from happening.

It is my firm belief that everybody who enjoys racing should have at least one share in a multiple-ownership syndicate. It is completely thrilling, costs as little as a moderate pub hamburger for two washed down with a palate-busting New World tongue-dyer – and it could stop them closing that muddy little racecourse down the road from you.

Racing syndicates will get more people experiencing the heart-jiggling palpitation of cheering hoarse your own horse across the line. The British Horseracing Authority is rightly on to this – one of its stated aims is to “promote the thrill of ownership with a focus on syndicates”. My company, Old Gold Racing, has seized the opportunity to create a business from the desire to guarantee the future of the sport we love, based on a unique approach to racehorse ownership. First off we are on a mission to increase the number of owners. Six million people attended UK race meetings in 2018, yet according to the latest publicly available figures the number of owners is only around 40,000 (including syndicates and racing clubs).

That’s a conversion rate of less than 0.7 per cent of the race-going public. This could be drastically improved with an ownership product built for the mass market – just look at Australia, which has a much, much smaller population than the UK yet boasts 82,600 racehorse owners, thanks in large part to the popularity of syndicates there.

The mass market has now become highly accustomed to an excellent customer and user experience. The likes of Amazon and Apple have raised the level and are now the benchmark against which other businesses are judged. We are going to allow up to 4,000 people to share one horse (or horses), with our apps providing a daily stream of informative content.

We are going to give our syndicate members more knowledge of their horse than even a sole owner would. Imagine having a webcam in a racehorse’s stable that you could log into in the middle of the night if you had a bit of insomnia: “There’s Nobby chomping on his hay; aaahh, sleepy now!” Or, on the day your horse is running, imagine your card marked with a fistful of tips and information from Britain’s finest racing experts while you whistle into the racecourse on a discounted premier enclosure badge, thereby increasing racecourse revenues by attracting more visitors.

There is a wide audience of people who have not yet even considered owning a share in a racehorse. The ownership problem can be resolved by tapping into this market, which incumbent syndicates are yet to reach. We will manage racing syndicates with an array of customer ‘touchpoints’, from social media and apps to events and race meetings. We are bringing in some of racing’s most celebrated writers and film-makers to create content that will be available to members at the tap of a button. And this is all powered by owning a very small share in a very real racehorse.

Through this process, we hope to make British racing more relevant to a lot of people who have become accustomed to interacting with businesses digitally. Racing is already moving forward with the return of ITV Racing, which is generally considered to be a huge success. The new team contains experts who educate the viewing public as to the nuances and idiosyncrasies of each race, racecourse and skill. Old Gold Racing is seeking to be part of this change, which could radically alter the fortunes of British racing.

Ed Seyfried is CEO of Old Gold Racing. If you would like to own a share of Old Gold Racing’s first horse, Bob Pebble, which has just gone into training with Paul Nicholls, you can pre-register at www.OldGoldRacing.com.