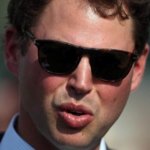 Working in horse racing is an incredibly tough job. It’s actually not a job; it’s a lifestyle choice. Twenty years ago, it was socially acceptable to live and breathe your job, almost work until you dropped. However, with luxuries being more attainable (holidays, travel and your own time etc), working in a job that takes up all your time has become far less attractive. No matter how you change your routine, and more personally how a trainer runs their business, you need someone in your yard every day! I can’t just close my doors, pat the horses on the neck and wish them a great weekend – racing everywhere in the world does not work like this.

Society has changed so much that the majority of people don’t want to work on a weekend. They don’t want to wake up at 6am on a Saturday; they want to go away for a full weekend with their friends and have a great time. Who can begrudge someone that? If you gave them a choice, do you think anyone would choose to work a Saturday and Sunday while having just one and a half days off every fortnight? It completely restricts what you can do on a social level.

When we look at the employment of stable staff in the UK, especially when employing workers from within the UK, I’m seeing an exponential increase in staff wanting to work part-time. What I mean by part-time staff in racing is people who only want to ride out three or four lots every day, don’t work evening stables, don’t take horses racing, and don’t work Saturday afternoons. Personally, I have a very strict policy on this whereby if they haven’t had a professional ride, then they aren’t good enough to even be considered for part-time work. It sets a dangerous precedent, and as a result I only have three in my stable.

I won’t­ bore you with the ins and outs of immigration law, but maybe far more important is the issue of Brexit and the damaging effect this is already having on the racing industry. A lot of the people who used to work in the industry were from abroad. The industry has always relied heavily on riders from India, Pakistan and Brazil – any country where they are naturally very good riders, as well as being small. This sounds very trivial, but remember you have to be light to ride a horse – generally you don’t want anyone over 10½ stone riding. Frankly, if you look at the British public nowadays we are quite a big nation, and there really aren’t that many people who can do that weight without struggling.

Previously we would be able to get in loads of riders from the subcontinent and Brazil, and they were fantastic! They worked bloody hard, never complained about working weekends and, most of all, they were exceptional riders. We don’t have those people any more. They don’t exist. Racing used to have a tariff whereby we could bring employment from outside the EU because riding is such a specialist skill. This has completely gone now. Suddenly the workforce has been halved and we have been forced to look within the UK – i.e. the British Racing School, which does a fantastic job but isn’t getting the people through the door.

As a result, this has led to immense pressure being put on trainers. One: we are struggling to get our horses ridden out, especially in winter as riders are going abroad to warmer climates. Two: competing wages among stables. The only way to get riders in is to pay them more money. This is all well and good, but if you have a small stable you can’t compete financially with the racing powerhouses. The John Gosdens and Charlie Applebys of the world can pay twice what I can pay, and then it becomes simple economics; you just can’t survive.

In order to compete, I have changed my working hours to make the job more attractive. I’ve also moved to an “American system”, which I have been trialling for a few months and seems to be working pretty well. It entails everyone working mornings, but instead of everyone going home at midday we extend morning stables so all my full-time staff (about 25) brush the horses down at 12-1pm. This means I can split the workforce in two, so that one week half my yard work evening stables, while the other half have it off, and vice-versa. This doesn’t address the issue of Saturday mornings, but what it does do is give the staff extra time off, which hopefully means happier staff.

There are other perks. For example, breakfast is free when our stable has a winner, food trucks are heavily subsidised, as well as lots of socials. Admittedly it’s a small drop in the ocean, but in any business the happier your staff, the more likely they are to love their job, and this percolates through from top to bottom.

One thing I do want to make clear is that this issue has nothing to do with wages. There is a massive misconception that stable lads are paid a pittance. Across all racing in the UK, stable staff are paid very well compared to other industries. The crux of it comes down to this: work in a stable is an incredibly tough job, often with long hours and limited weekend time, and that can take its toll.

What is glaringly obvious, however, is that nothing seems to happening. With politicians so focused on Brexit, a lot of issues have been put on the backburner. Whether it’s in or out of the EU, racing can survive that. What it can’t survive is the decimation of people working within the industry – an industry that millions of people love and one that I am lucky enough to make a living from.

Charlie Fellowes is a trainer based in Newmarket and hosts a weekly podcast, George and Charlie: Off the Bridle (available on Apple podcasts and Soundcloud).