A few years ago I became interested in playing golf and took a couple of lessons from the pro of the tiny Biot Golf Club near Antibes. Unfortunately, my swing was atrocious. As a lifelong tennis player, I couldn’t prevent the shaft from following through parallel to the ground and was constantly shifting my feet in the middle of the stroke, choking up on the club and trying to turn the shot into some sort of topspin backhand – with conspicuous lack of success. I do have a reasonable eye and would generally connect, but the ball rarely left the ground except to shoot off into the woods, which were cunningly planted behind midwicket.

Another big problem was learning to play right-handed. It was carefully explained that left-handers (which I am at tennis) have a big advantage playing golf right-handed and I should definitely start off that way. I was a bit dubious but listened to the pro. We soon discovered that I could throw the ball considerably further left-handed then I could hit it right-handed. Nevertheless, one day I decided to attempt the course and set off with a rented set of ancient Walter Hagen clubs carried by a lady caddie (called a cadette in France).

I had intended to keep score but gave that up very soon. My last hole was the fourth, where it is necessary to carry a deep and nasty-looking ditch 50 yards ahead of the tee, which is sited in front of the clubhouse. To the sniggers of the assembled golfers, I deposited four balls, a driver and finally an 8-iron in the ditch before quitting for the morning. The next day the lessons began again – this time left-handed! The left-handed swing felt a bit more natural and I did manage to lift a few irons out about 120 yards.

As I came off feeling like Jack Nicklaus, I was approached by a total stranger who had been watching me. His name was Marius Bardenas, and Marius had evidently seen me at the Monte Carlo Casino a few nights before. He loved to gamble himself. Did I like to bet at golf too? “You not play too bad with zee left clubs. I give big pointure [handicap], you know.” “How big a handicap?” I asked out of curiosity. “I give you 60 strokes,” he shot back. “Matchplay.” Do I need to describe my swing any further? However, the lure of the 60 strokes was overwhelming: a colossal 60 shots… my pride… $500 on the match… How could I resist?

I was about to accept when Marius offered me a final inducement: “I also let you use the ladies’ tee,” he added as a joke. Very sporting of him – an extra 15 yards! The bet was on. The next day I found out that my opponent had won both the French and Italian amateur championships.

We played two days later, and Marius turned up accompanied by a charming friend named Henri, with a perpetual gleaming smile pasted to his round face. Guess what? The friend was a golfer too. He had won the French amateur about 14 times, and not surprisingly he wanted some action. I was getting just a little bit windy by this time, seeing them standing in line to play me! There is a French phrase, “too polite to be honest”, which described his manner perfectly. I asked this Henri de Lamaze to give me 66 strokes, and he instantly agreed.

What had I done? At the first tee I began to find out, and one of golf’s greatest farces got under way. The first hole was a 240-yard par four, and the opposition had both made the green in one when my turn came. As a precaution I had put both left- and right-handed clubs into my bag – six or seven of each. I asked for the 2-iron and was given a left-handed putter. All of a sudden my cadette (she turned out to be the petite amie of Marius) no longer understood my French, not that the proper club made much difference anyway. 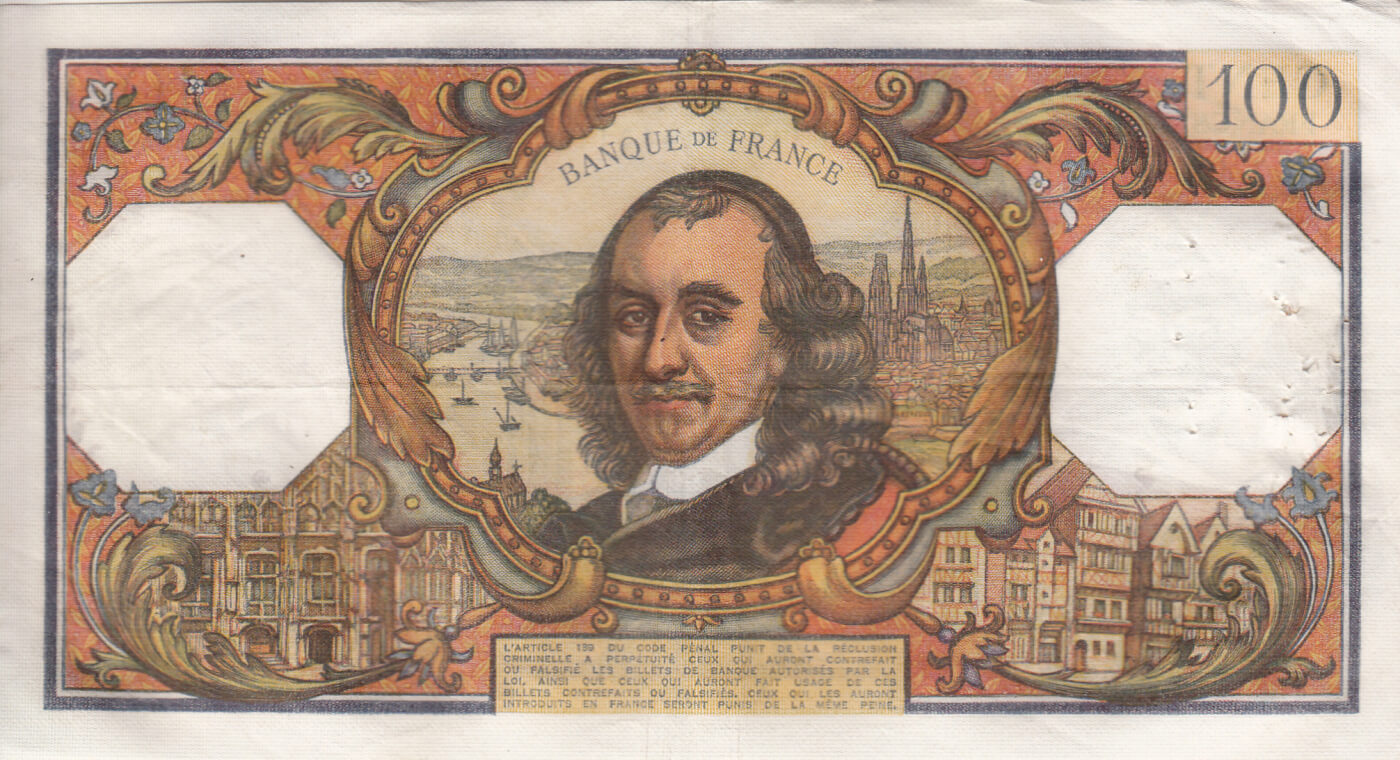 After a readjustment, I addressed the ball and sent a drive screaming past square leg. I was immediately informed of a local out-of-bounds rule and had to take a one-stroke penalty. A bit unnerved, I now tried a 5-iron, which I hoped would be a safe club. Alas for safety. While my head was jerking up to follow the flight, the club spitefully opened up a small crater two feet behind the ball. I followed with another blast (this time from the driver) and the ball dribbled 20 feet into the rough. Impossible. I conceded the hole and picked up.

The second hole is a 100 yard 9-iron (all the courses in the south of France are short, and Biot is the flattest and shortest) on to a small green surrounded by trees. Here I tried to disprove the theory that trees are 90 per cent air. I played a sort of woodland ping pong for six or seven shots before finally picking up again. My two opponents both three-putted from about 12 feet and explained profusely how easily I could have won the hole with just one good shot. I had been very unlucky, they said. Henri’s smile grew wider than ever.

The fourth hole, by the clubhouse, was my special nemesis. Trying as ever to be helpful, Henri and Marius were very solicitous on the tee, pointing out how careful I should be to avoid the huge facing ditch – which naturally attracted my first three balls like iron filings drawn to a magnet. Of course, the two champions casually lofted beautiful drives on to the green and putted out for routine pars.

My impatience was mounting at every hole and I categorically forbade my cadette to waste time looking for lost balls. I was steaming. In depression I switched on the fifth to a right-handed club and let fly. To my astonishment, I hit the ball in the middle of the face and off it went, rolling about 120 yards along the fairway. Watching my ball bounce, I had sudden inspiration. The course at Biot is dead flat and, as noted, maybe only 5,000 yards. The only problems are posed by the narrow fairways and, naturally, the out-of-bounds rule.

The Riviera August sun had baked the ground as hard as iron, and a solidly hot ball would bounce forever. If I took a short, stiff-armed jab at the ball, it would roll between 100 and 125 yards per shot and I would arrive on most greens, which left me net two or three, allowing for a 60-66 stroke handicap. So for the rest of the match I used only the right-handed putter and I sent packing my cadette (aka Mata Hari).

At first my two new friends were highly amused, but after losing a couple of par fours (three shots in the fairway, three on the green, left me net three) they realised that I had suddenly discovered a realistic game plan. Panic began to set in. Henri would blast out a dead straight 250-yarder and then watch me. “This is not ze golf,” he moaned waving his arms as I teed off with my putter, the hole 300 yards away.

I played the last 12 holes with the same ball. It never travelled far enough to go out of sight. I abandoned the idea of slugging it out against Marius and Henri, and by ignoring par I was able to relax and even kept my head down.

As I edged back into contention, we had some interesting rulings on the course. It seemed Marius had the right to move a ball that landed behind a bare patch on the green. A depression in the ground was deemed an unnatural hazard, entitling Henri (his smile contracting by the minute) to a free drop. The out-of-bounds rule progressively narrowed the fairways still further as we went on, but nothing helped them. My ball just bounced and rolled along those granite fairways and I usually managed to play greens with enough strength to get down in three putts.

At the 16th, Henri de Lamaze was beaten 3&2. Marius and I arrived all square at the 18th, a hole I had never seen before. Suddenly he was happy again, and I soon saw why. How was I to putt off the tee through the three small drainage ditches which fronted the green?

I searched for a way out. Waste one stroke and go at right angles around the ditches? Impossible: out of bounds. Go back to a 9-iron? Too risky. All at once the problem solved itself. Twenty yards forward of the ditches stood the ladies’ tee.

Claiming my bisque, I calmly walked past all the trouble. This 20-yard advantage, meaningless to a proper golfer, made all the difference to me and I scrambled home with seven (net three) to win the last by one stroke. Marius seemed a little upset at losing to me after shooting 67, and I think the fatal 20 yards on the last hole bothered him most of all.

We walked silently to the clubhouse, where I offered the traditional glass of champagne preparatory to leaving. Desperately, Henri said: “I don’t go back to Cap Ferrat [where he lived] for two hours. I propose you a little gin rummy Hollywood, 1, 1 and 2 francs le point.”

That 1, 1 and 2 francs may sound small, but it represented 20, 20 and 40p per point, which was a pretty stiff game at that time, and for sure Henri would turn out to be an ace card player, which I certainly was (and am) not. “Love it,” I replied. “One hour of gin and then one hour of backgammon at £100 a point.”

By the end of that, the last traces of the pasted smile collapsed. They were beaten. Out of every pocket, out of every flap of their expensive golf bags, came little piles of wrinkled old 1,000 and 5,000 franc notes – the picture of Richelieu squinting in the unaccustomed light.

Finally the grubby stack was ready. “Monsieur,” said Henri. “You a very clever person, you a very good gambler, you must be ze worst golfer what I ever saw in my life.” A parting accolade from Henri Viscount de Lamaze, a sportsman.The whole experience put me off golf for about 30 years. Although my game has marginally improved since, I must confess that secretly, I still miss the days when my handicap was a solid 66.