All tennis nerds know that Roland Garros – who lends his name to the home of the French Open – was a famous WW1 fighter pilot.  Odd name for a tennis facility you might think, but one of America’s principal tennis arenas is named after a trumpet player, so it’s really not that incongruous. But what many people don’t know is that Monsieur Garros’ last words were ‘I just hope that bally left-handed Majorcan doesn’t win it every single year!’

That was almost 103 years ago now, and unfortunately for old Roland, Rafael Nadal is the favourite to win the Men’s competition once again. Another French Open triumph would also put Nadal on 21 Grand Slams – one ahead of Roger Federer – thus triggering a further round of the great endless GOAT debate.

There are a few factors that could cause potential discomfort for the King of Clay, however, and I’m not just referring to his underpants. The first is that in employing a seeding system that rigidly adheres to the current world ranking, Nadal (3) would meet his closest challenger, the Serbian GOAT, Novak Djokovic (1), at the semi-final stage rather than in the main event.

Added hilarity is provided here by the fact that the current world number 2, Russia’s Daniil Medvedev, will sit safely in the bottom half of the draw, away from the abovementioned ruminants, despite never having won a single match at the French Open and despite being particularly vociferous in his loathing of the red dirt surface.

It is also the case that Nadal isn’t quite operating at the ferocious level of previous years – winning only one measly clay swing Masters 1000 event in 2021. While two-time French Open finalist Dominic Thiem currently looks encumbered with rust and will be hoping to WD40-himself into some kind of form in Paris, genuine challengers could come in the form of Monte Carlo 1000 champion Stefanos Tsitsipas, and Madrid 1000 victor Alexander Zverev.

Anyone with a fondness for a wildcard may wish to cast their eye in the general direction of Norway’s Caspar Ruud, and any crests on the broad wave of Italian talent currently surging up the ATP rankings: Berrettini, Sonego, Musetti, and perhaps the most gifted of all, Jannik Sinner.

As has been the case for several years though, if you’re weary of seeing the same increasingly weathered faces kissing Grand Slam trophies, focus your attention on the Women’s draw. There are two clear favourites here too – in shape of defending champion Iga Świątek and Australian all-rounder Ash Barty. But their grasp on proceedings is far from vice-like, and, like the Men’s top seeds, they have also both landed in the same half of the draw.

Many eyes will be on the Belarusian Aryna Sabalenka, straining to see if she will finally unleash her undeniable though erratic power onto the Grand Slam stage – 10 tournament wins, but has never got past the 4th round at a major. Sabalenka finds herself in the lower half of the draw, so would not meet either of the top seeds until the final, if she hasn’t already imploded in spectacular fashion by then…

Naomi Osaka reportedly earned $55 million in 2020 – almost entirely in endorsements – so the fact that she is prepared to be fined thousands of pounds for skipping press conferences is a dent her wallet can easily sustain. The Australian Open champion has never ventured past the 3rd  at Roland Garros, but finds herself presented with an extremely palatable draw – two statements that she may not wish to advertise.

Unexpected trophy tilts could come in the shape of US teen sensation Coco Gauff, a hopefully injury-unblemished Bianca Andreescu, and recent Serbia Open champion Paula Badosa. All of whom will be hoping they can sculpt a remarkable and engaging feat of clay. 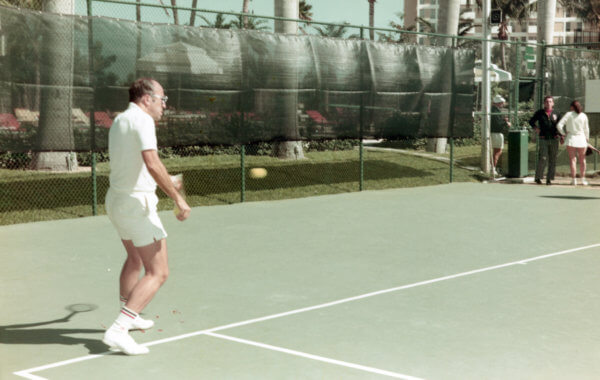