The key thing is not to get involved in a blame game. There are no winners in the Naomi Osaka at Roland Garros furore. Brandishing her a snowflake and the Grand Slam officials as dinosaurs achieves nothing. And yet strangely, as the dust begins to settle, there is a growing belief that if some good is to come out of the whole sorry affair, it could be in addressing Osaka’s initial outburst about players’ responsibilities to the press.

Most of you reading this will not have been to a tennis post match press conference. They are antiquated affairs, which can often feel like a court of law. The player (usually young) sits, win or lose, in front of a gaggle of (usually) middle aged reporters who often ask banal questions, interspersed with the occasional dagger to the heart – ‘why did the match get away from you when you were 5-2 up?’. If the player wasn’t feeling bad enough when they walked in…

These inquisitions rarely produce any dialogue of value, and only make headlines when there’s an occasional outburst borne of frustration, or the ‘accused’ bursts into tears as memories of missing that sitter at the net come flooding back.

If Osaka has done anything, in addition to further raising the awareness of mental health issues amongst elite sportspeople (for so long overlooked) it is to ask why, in this super-digital zoom-laden world, the obligatory press conference that harks back to another media era, is still regarded as sacrosanct.

And she has also highlighted the generational issues that affect all sports – those in charge still authoritarian but great believers in face to face dialogue to resolve confrontation – while those they sit in judgement on speak through tablets and texts.

The intermediaries, often agents and media representatives, are caught in the middle, both age and attitude wise. In this particular case, there are many questions to be asked of Osaka’s ‘people’ as to how they allowed a valid debating point to upscale to the stage where their client felt forced to withdraw from the tournament, thereby losing the chance of adding to her four Grand Slam titles.

In the end it all comes down to communication. Tennis is a sport at the crossroads, uncertain of its future direction and commercial value in the post Roger/Rafa/Serena/Novak era.

It needs Naomi Osaka as the figurehead of the next generation. It needs to talk to her and understand what a young 20- something feels in this social media-centric world, and how they should engage with the wider public. And she needs to realise that 55 million dollars last year headed into her bank account thanks to the game she loves.

They all need to realise that the world is changing, and most importantly, its means of communicating are changing. Without better lines of communication, you end up with the shambles of earlier this week at the heart of which is a young woman of exceptional talent and immense wealth, who finds the pressure of being the most famous sportswoman in the world almost unbearable.

Now she is sitting at home watching Roland Garros on TV and the French Federation are looking at big gaps in the draw where one of their marquee players should have been. They are both the losers. No matter by what means you do it, it’s good to talk. 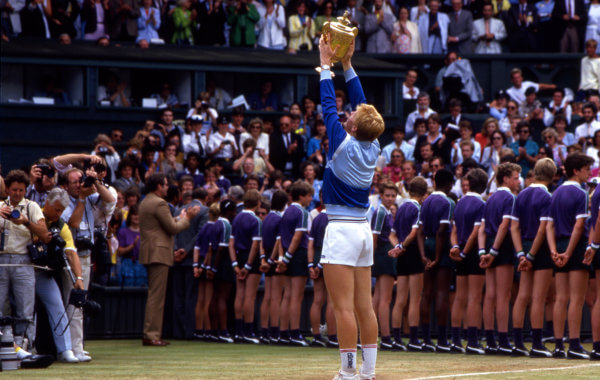